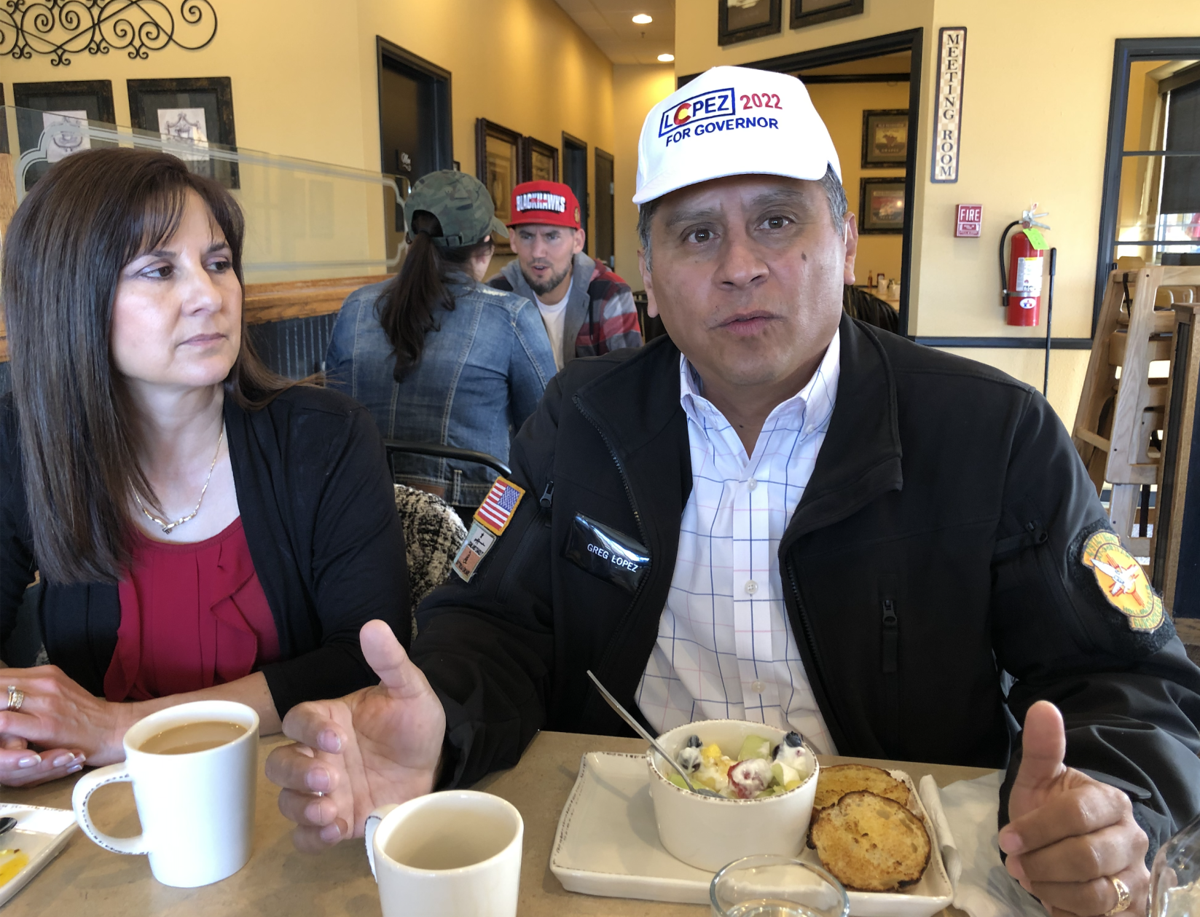 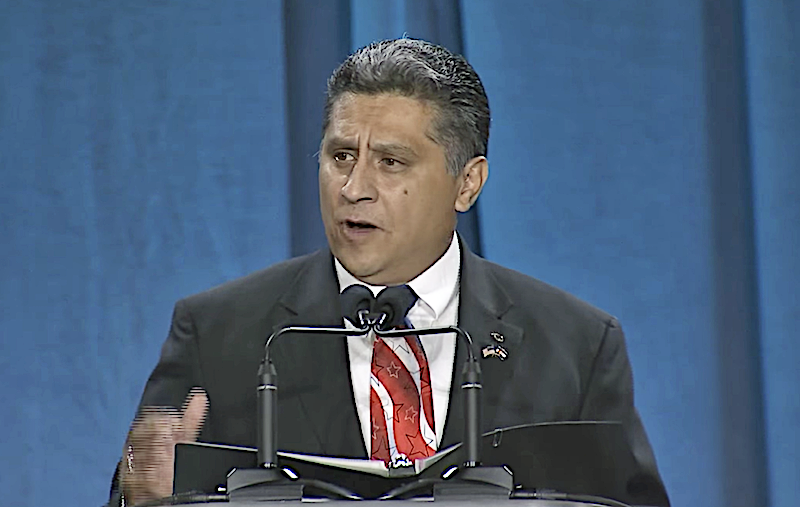 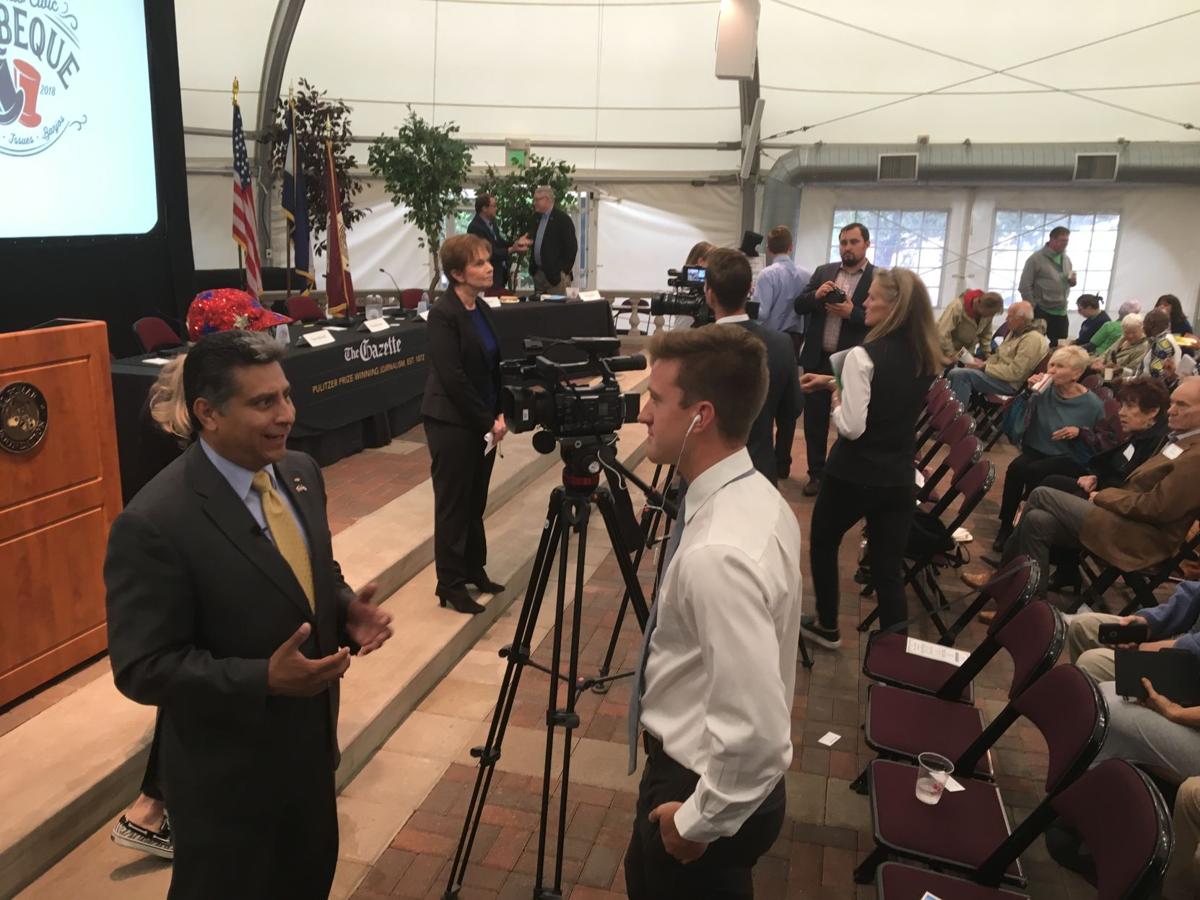 In less time than a necktie goes out of style, we'll have a fresh election for governor in Colorado. In a matter of months, a Democrat — I’m betting on Jared Polis — and a Republican will rhetorically duke it out once again.

The former Parker mayor and former Colorado Hispanic Chamber leader made a splash in the 2018 Republican primary, which was eventually won by Walker Stapleton, who fell to Polis.

Lopez came in a surprising third, behind Stapleton and Victor Mitchell and ahead of Doug Robinson, the business executive who is a nephew to Mitt Romney.

Lopez never stopped campaigning. The last time around, not enough people knew him, he said over breakfast at a diner in Parker with his wife, Lisa.

He didn’t have enough time to raise the money and build the network of volunteers it takes to run a statewide campaign. Last time around, he raised just $63,000. Mitchell raised about $5 million to come in second, while Stapleton had the benefit of a super PAC, the name recognition of state treasurer and a gilded family political pedigree.

“Now when I talk to groups or political organizations, they know who I am, because I haven’t gone away,” he said over yogurt and berries. “A lot of candidates, when they’re not successful, they just vanish into the night.”

Lopez hopes to reach some moderate and unaffiliated voters, the unsavory need of every Republican on the statewide ballot in Colorado in the polarizing age of President Donald Trump.

There are a few names out there as possible contenders for the GOP ticket: University of Colorado Regent At Large Heidi Ganahl, District Attorney George Brauchler, U.S. Rep. Ken Buck, or perhaps Mitchell will self-finance another run. Stapleton doesn't appear raring for a rematch.

For a state that’s had one Republican governor in the last 45 years, now is as tough a time as ever to ride under the Republican flag. In the last election, voters cleaned the conservatives out of the state’s elected offices and replaced them with the progressives, including the state’s first gay governor and the youngest secretary of the state in the country, Jena Griswold. Democrats just handed its presidential primary to Bernie Sanders.

That’s a tough environment, even for a blue-collar, big tent, Hispanic Reaganite like Lopez.

Past is prologue. In 2018, Lopez went to the Democratic forums for governor and was the only Republican there, he said.

“I was in a room with 300, 400 Democrats,” he said. “And when I would get up and say the difference between me and everyone else up here is I’m a Republican, and the room would go quiet. I never got booed. I never got heckled, and I never got mistreated."

“People might have said, ‘You know, I agree with Greg on some things,’ or shake their heads up and down while I was talking.”

That encouraged him. This time around, he hopes to find votes in the middle, where moderates might sour on progressive promises.

“They want to know a candidate cares about them, as individuals, and their families,” he said. “That’s the mark most Republicans are missing, too.”

Lopez puts on no airs. He grew up picking onions and tomatoes. His dad had a sixth-grade education and couldn’t read or write. His mother had an eighth-grade education. The whole family traveled in caravans on long trips as migrant workers. Lopez joined the Air Force at 17 and at 27 was mayor and city manager of Parker.

“I’ve always had to compete,” he said.

A Texan, he moved to Colorado in 1989. He and his future wife met when he was stationed in the military in Alamogordo, New Mexico. They lived in Dallas, then bounced to Colorado when she got a good job offer.

Lopez is counting on a backlash from the middle to the current governor's policies on green energy, health care and what Lopez sees as government overreach into business.

He would take a hands-off approach to health care, for example. Less government and more competition would lower prices faster than regulations that drove them up. Ultimately, society has to lower health risks to reduce costs on health care, not government squeezing the market, Lopez said.

“Any time the government has gotten its hands on a program, I’m yet to see it do what they said it was going to do,” he said.

If he were governor, Lopez would prioritize transportation and growth, as he did when he was mayor and city manager of Parker, when it was the epicenter of growth in Douglas County.

“I understand all the pressures that come with it: community services, schools, roads, economic development,” he said. “My administration will focus in on alternative corridors.”

That means more roads and more development, the ingredients of urban sprawl.

That’s likely to attract fire from conservationists on the outer fringes of the left, people who would never vote for a Republican to begin with.

A pro-growth economic outlook, though, could be tolerable by the middle, while tweaking the far left might could only make the GOP base love Lopez all the more.

Joey Bunch: “Not never, but not now” is the pilot and former legislator's response on whether he's in or out in 2022.

PRIMARY 2018: Polis, Stapleton to face off in November for Colo. governor

The race for Colorado governor has been going on for more than a year, and the primary election that ends Tuesday finally clears up who will lead their tickets from here to November.

Republican Greg Lopez plans to kick off his second run for governor Thursday in Parker, the Douglas County town where he served a term more than two decades ago as the growing suburb's youngest mayor.