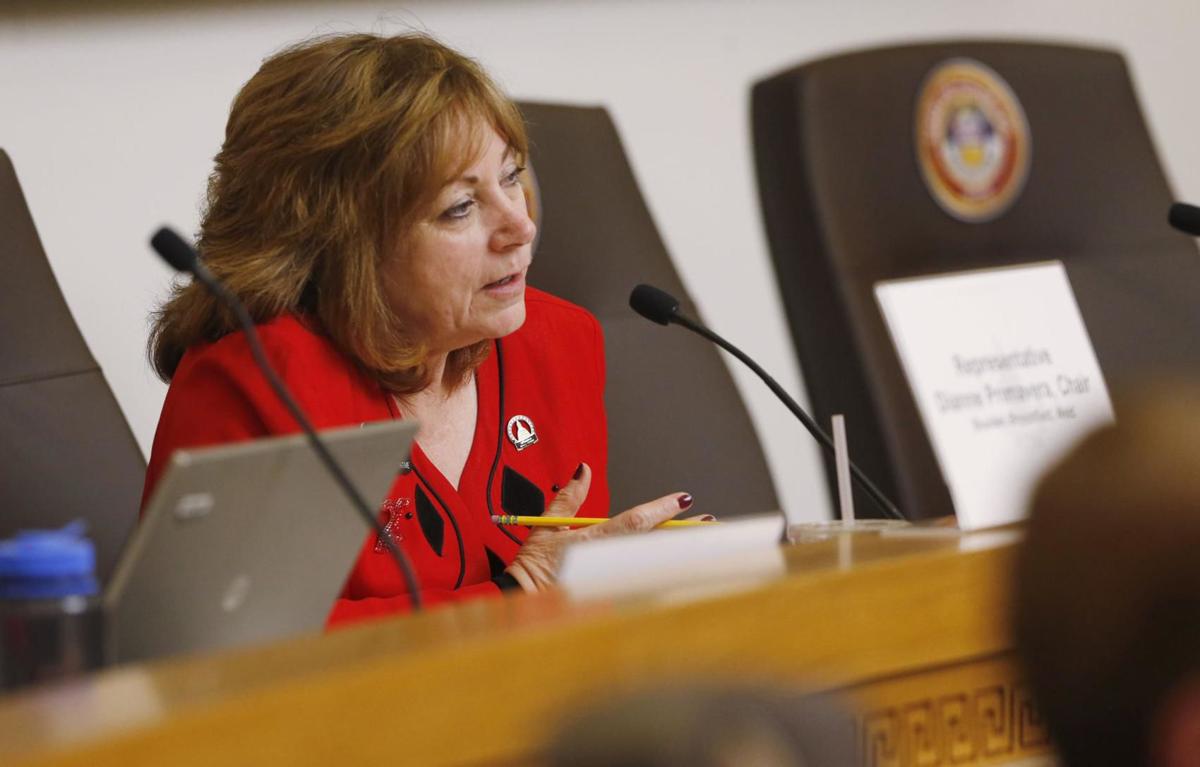 Dianne Primavera, then a state representative from Westminster, debates in a committee in a previous session. 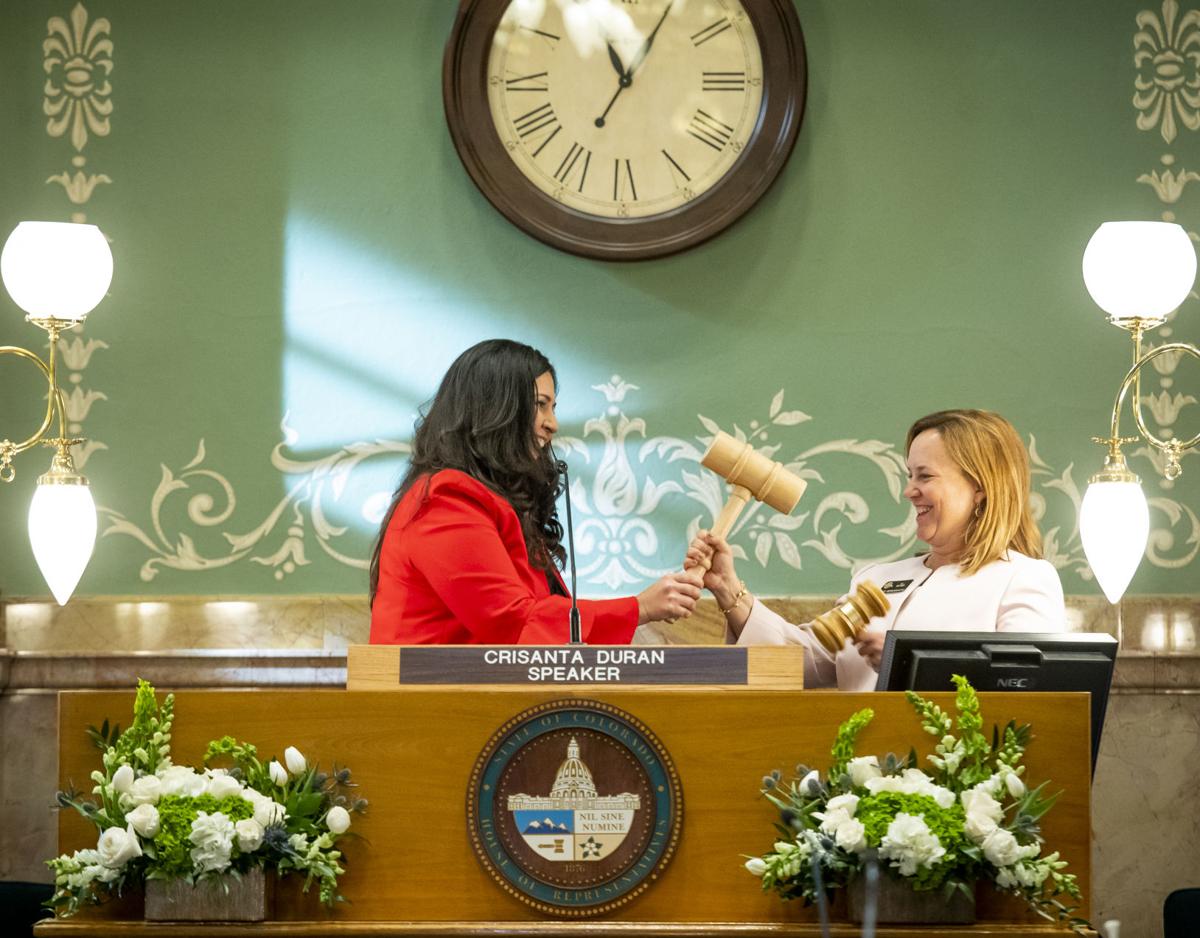 Outgoing House Speaker shares a moment with incoming Speaker KC Becker as she hands over the gavel on the opening day of the Colorado General Assembly at the Capitol on  Jan. 4.

Dianne Primavera, then a state representative from Westminster, debates in a committee in a previous session.

Outgoing House Speaker shares a moment with incoming Speaker KC Becker as she hands over the gavel on the opening day of the Colorado General Assembly at the Capitol on  Jan. 4.

On March 7, the day before International Women’s Day, Lt. Gov. Dianne Primavera was talking on the phone about a way Colorado girls could improve their place in the world from their home computer.

Hundreds of Colorado 9th through 12th graders will compete for scholarships worth up to $1,000 in Girls Go Cyberstart. The interactive cybersecurity competition begins on March 20.

"It's an emerging industry in Colorado," she said of cybersecurity. "And women are underrepresented."

Primavera remembers being dismissed for her gender and political inexperience, before she won a seat in the state House in 2006.

In Colorado politics, women are better represented than ever before. But Democrats, ascendant since the last election, have taken gender representation to a new level this year, and the momentum is on the left.

Other governors have promoted women to key positions. In fact, counting newly seated Gov. Jared Polis, each of the last six Colorado governors -- five Democrats and one Republican -- picked a woman for his second-in-command.

The state, however, has yet to elect a female governor or U.S. senator, and that's progress that women like Primavera have in mind.

"We need to deliver," she said of good policy, "to inspire the next generation of young women."

Though other governors have made gender equality part of their platform and delivered on leadership roles, Polis -- the state's first openly gay and Jewish governor -- seems especially committed.

Women lead 10 of the state's 17 state agencies, including the departments of agriculture, transportation, health and human services.

On Polis' senior staff, nine of 12 are women, including his chief of staff, Lisa Kaufmann, who managed his winning campaign last year.

Signs of commitment to the cause are routine.

The next morning after Primavera and I spoke on the phone, she had an appointment to tour and promote the Women’s Care Clinic at Denver Health Medical Center.

The governor himself was speaking March 14 at the Breaking the Glass Ceiling for Businesses to Compete conference in Lone Tree put on by the Minority and Women’s Chamber of Commerce Coalition. The coalition is partners with the Polis administration's Office of Economic Development and International Trade, as well as the Colorado LGBTQ Chamber of Commerce.

Having more women and minorities at the table when policy is negotiated results in better policies, Primavera said.

In the last three legislatures, spanning six years, the House speaker has been a woman: Dickey Lee Hullinghorst of Boulder; Crisanta Duran from Denver, the state's first Latina speaker; and now KC Becker from Boulder.

Most of the important issues facing Colorado -- energy, education, the economy -- are family issues as much as they're individual issues, Primavera said.

"These are issues that affect everybody, not just women," Primavera told me.

Women are sponsors of almost every key piece of legislation in the current session: Local control of oil and gas operations, comprehensive sex education, the red flag gun bill, repeal (and the opposition to that repeal) of the death penalty, pay parity, family paid leave, a ban on conversion therapy for gay minors, and the list goes on.

After gains by Democrats last November, women occupy 47 of the 100 seats in Colorado's General Assembly, second only to Nevada at 50 percent as the highest gender ratio of any legislature in the country. Nationally, women average 28.7 percent of statehouse votes. That's up from 25.3 percent before last November's election.

In the Colorado House, 34 out of 65 seats are held by women. Thirteen out of 35 Senate seats are occupied by women. Only one of those senators, Vicki Marble from Fort Collins, is a Republican.

Republicans field some strong female incumbents in the legislature, and the Colorado GOP bench of rising stars is led by Heidi Ganahl, the businesswoman and University of Colorado regent who was elected statewide in 2014. I won't be surprised if she's our first female governor or U.S. senator.

Democrats, however, have the stronger ground game primarily because of Emerge Colorado, a program that recruits and trains women for politics and public office. Thirty-eight of the 47 women legislators are Democrats.

"Diversity is an asset, and the more diverse perspectives we have at leadership tables, the better policy outcomes we're going to get," my friend Michal Rosenoer, who leads Emerge Colorado, told me in an email exchange.

"When you come from a group that's discriminated against, you're more naturally able to see the ways discrimination becomes structural oppression through policy and fight against it," she said.

Inequalities and injustice flourish without equal representation, Rosenoer impressed upon me.

"When we lack diversity in government -- whether in elected office, in the political infrastructure, or in staff -- we are more likely to perpetuate inequities because of our own blindspots," she said.

"People who live at the intersection of multiple kinds of oppression are incredibly important to have in leadership positions within politics, because their lived experiences and ability to hone in on the impacts of policies on multiple groups of people is deeply valuable to ensuring that policies coming out of the state Capitol have positive impacts for the greatest swath of people," Rosenoer said.

Primavera puts it a little differently.

INSIGHTS | 'When Women Vote' tells the story of a nation

Joey Bunch: "Flip to almost any page [of 'When Women Vote'], and there's something you probably didn't know ... . It lays out the issues in simple language: fair maps, voter registration, ballot-delivery options and primary election reform among them. Women tend to be better collaborators, according to research."