The case for charter schools in Colorado is one of the heart more than the mind, more your tastes and wants than needs and numbers.

That’s my read on a seminal new compendium of research from my friends over at the Common Sense Institute. The secret to the business-minded think tank's success has always been the willingness to take research and conclusions where the numbers lead. Business folks aren’t as easily taken by spin and rhetoric than the rest of us.

But on charter schools, there’s not a lot in the numbers to flip you, if you already had your mind made up about the good and bad of these independent public schools. It’s more a matter of choice, hence the moniker school choice.

Charter schools are tuition-free public schools set up via charter, usually with a local school district, to offer classes with more flexibility and different standards of student achievement than legacy schools.

In 1993 Colorado was the third state to pass a law for charter schools, behind California and Minnesota. Parents, teachers and community members were allowed to start schools if they “create new and innovative, research-based ways of educating all children."

Perhaps this state's greatest living champion of public education, Democratic Gov. Jared Polis, started two: the New America School for 16- to 21-year-old immigrant students, which now has three campuses in Colorado, two in New Mexico and one in Las Vegas. He also co-founded Denver's Academy of Urban Learning for students at risk of homelessness or other unstable conditions. 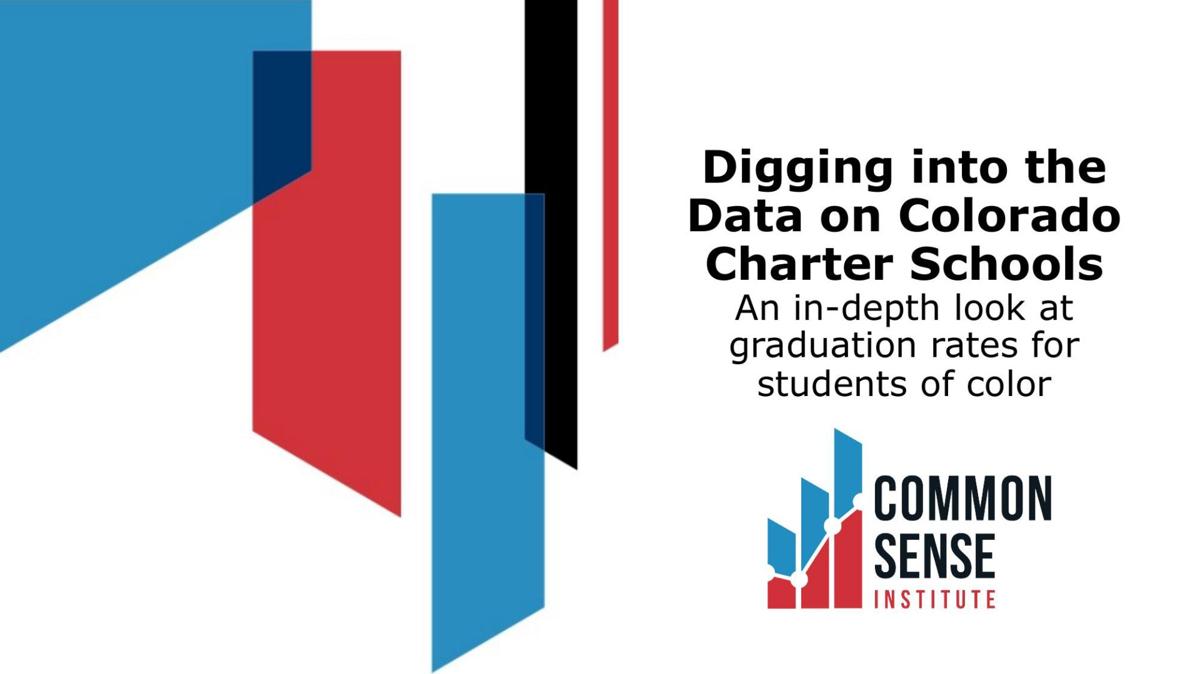 Everybody's favorite Colorado Springs Republican and self-dubbed simple country lawyer, Sen. Bob Gardner, in 1995 helped found Cheyenne Mountain Charter Academy. Today it's called The Vanguard School. Last year, U.S. News and World Report rated it as the third-best in the state and 154th nationally with 40% students of color. From the last graduating class, 92% were scheduled to continue their education, compared to 57% for the rest of the state.

The Vanguard mascot is the Coursers, but it should have been the Fightin' Bobs.

About 128,000 Colorado kids are learning in public schools tailored to their preferences and, often, needs. Perspective? Denver Public Schools, the largest in the state, educates about 95,000 students.

The Common Sense Institute report notes that enrollment in charter schools is growing while other public schools, as a whole, are losing students.

If public schools are dying, it’s hard to pin it on charter schools.

Besides how they’re run, there’s not much difference, Dr. Brenda Bautsch Dickhoner said when she briefed business leaders affiliated with the institute on a Zoom call.

Dickhoner is an expert. She used to be with the Colorado Department of Education, where she worked on helping improve the state’s lowest performing schools and districts. She's also advised lawmakers in several states as an education policy expert for the Denver-based National Conference of State Legislatures.

“In a dozen studies, researchers have found no significant impact with charter schools on the performance of district-run schools, or they’ve found small positive effects,” she said.

Charter schools have an image problem when they’re confused with private schools. Rich kids already go to rich-kid schools. That’s not who we’re talking about here.

It’s nearly impossible to adequately gauge poverty in charter schools, because most don’t have lunchrooms with which to record free or reduced lunches, the measurement of poverty among students.

Opponents allege charter schools skim the cream of better students off the top and leave public schools with fewer resources to serve kids with greater needs.

Supporters argue that charter schools make public schools compete, which lifts all boats. That, too, is more perception than reality, according to the Common Sense analysis.

That’s an overly simplistic and misleading argument. In reality, new charter schools draw from many schools, and a map in the report shows they proliferate in the state’s fast-growing metro areas more than in the country, where schools have trouble keeping students and teachers.

Colorado has an open enrollment system, however. That means any time a student transfers to any other school, it could affect funding, if they’re not replaced by an incoming student.

Charter schools, for some, are a different avenue rather than a dead end.

"No one school, period, regardless of what type it is, is perfect for all children, " Dickhoner said. "More and more parents are seeing there are different environments for their kids that might benefit them the most. They might have two children who are not very different, and one thrives at a district-run school in their neighborhood and one thrives at a charter school where they perhaps have a more specific focus."

If all things are equal, more choices is better than fewer choices. Every child learns differently in a complicated world.

Joey Bunch: "For such an educated populace and economic landscape that teems with technology, Colorado sure has a strange way of showing its love for higher education."

Joey Bunch: "I don't think you can learn how to get along with others from a distance, but the pandemic is giving people ideas and stimulus money to explore the options."

INSIGHTS | Nature is the social distancing we all need right now

Joey Bunch: "It's counterintuitive that we’re keeping up the barriers between Coloradans and the great outdoors, where wide open spaces can put meaningful distance into social distancing."

How do school funding and student readiness match up in Colorado?

K-12 funding in Colorado is at an all-time high, but still more than one-third of students entering higher education are ill-prepared, according to a new report.

The Common Sense Institute will talk about paid family and medical leave — and what Proposition 118 could mean to Coloradans — online Wednesday morning.

Dr. Brenda Bautsch Dickhoner on the Common Sense Institute will be the first to hold a fellowship named for dairy industry icon Mike A. Leprino.

INSIGHTS | Civil liberties are coming to a town near you, Colorado

Joey Bunch: "I’ve never thought of civil rights as a road show, but in a state famous for a touring headless chicken and a celebrated traveling cannibal, anything goes."

INSIGHTS | Who will educate Colorado’s kids once teachers burn out?

It’s not like teachers had it made before the pandemic. We saw them marching around the Capitol in 2018, then some of them booed the governor,…