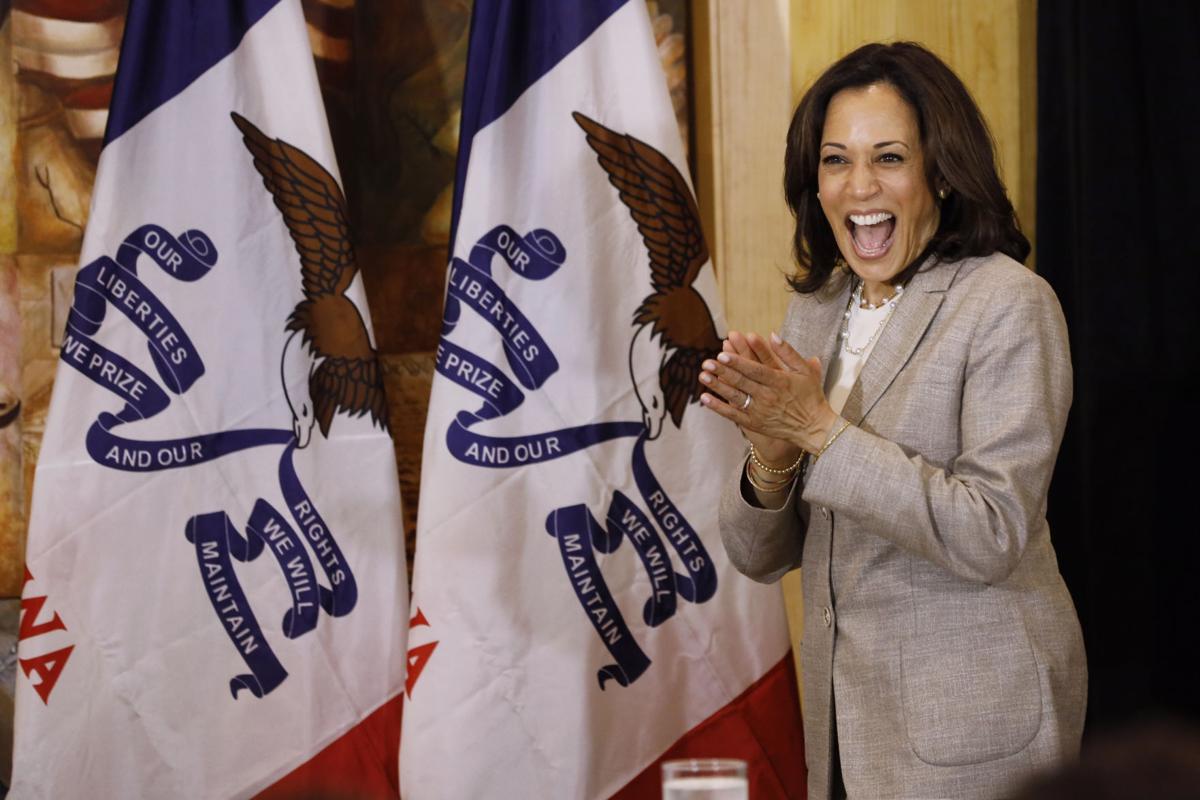 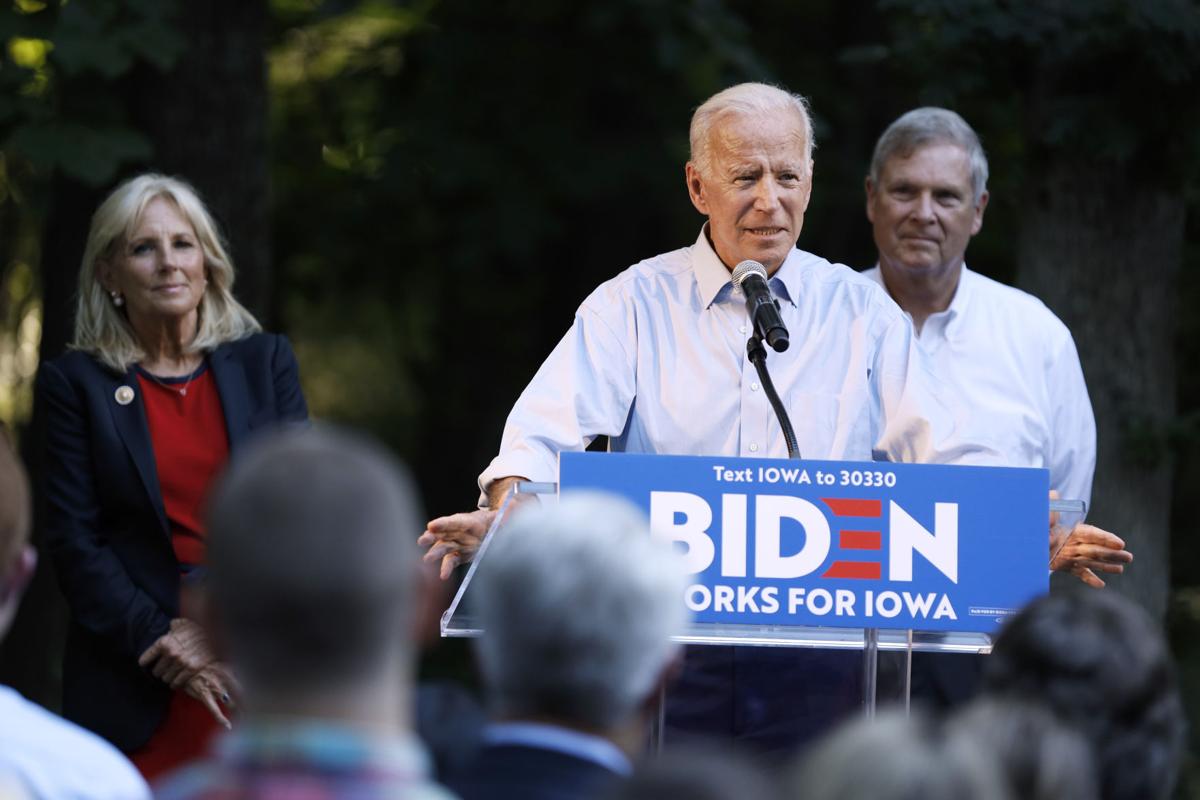 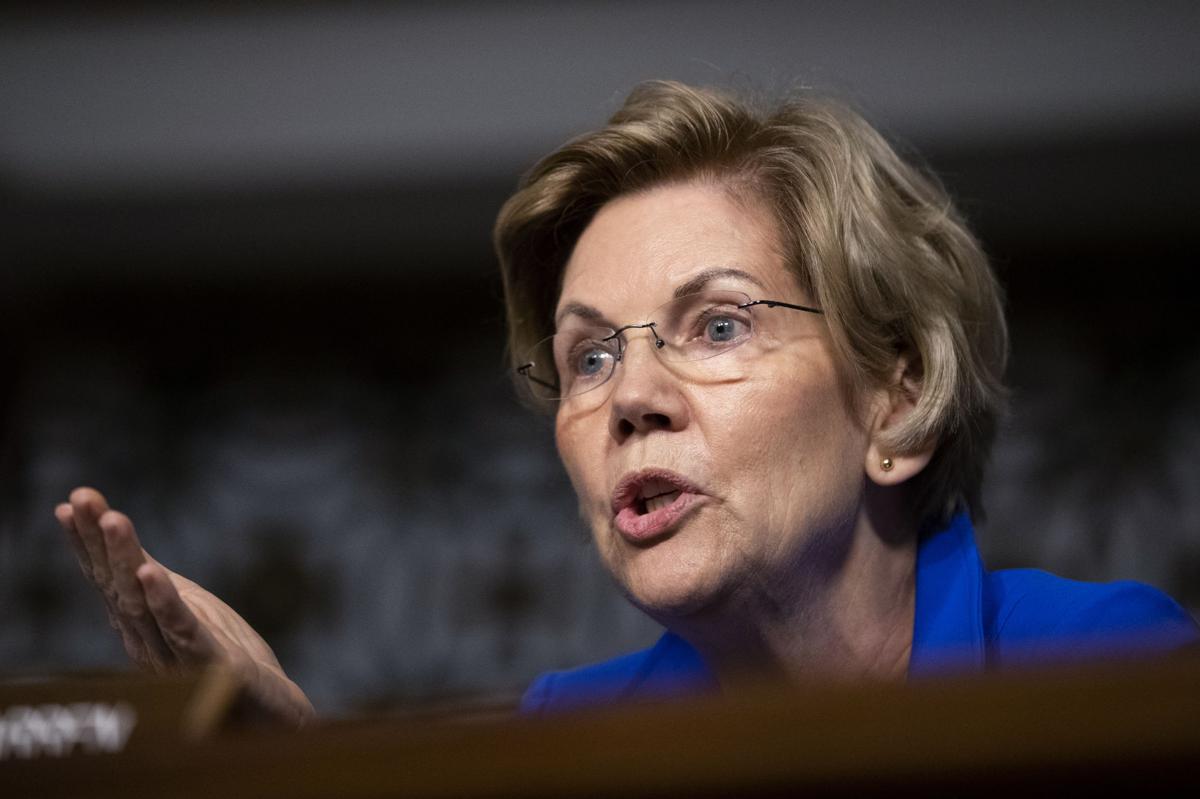 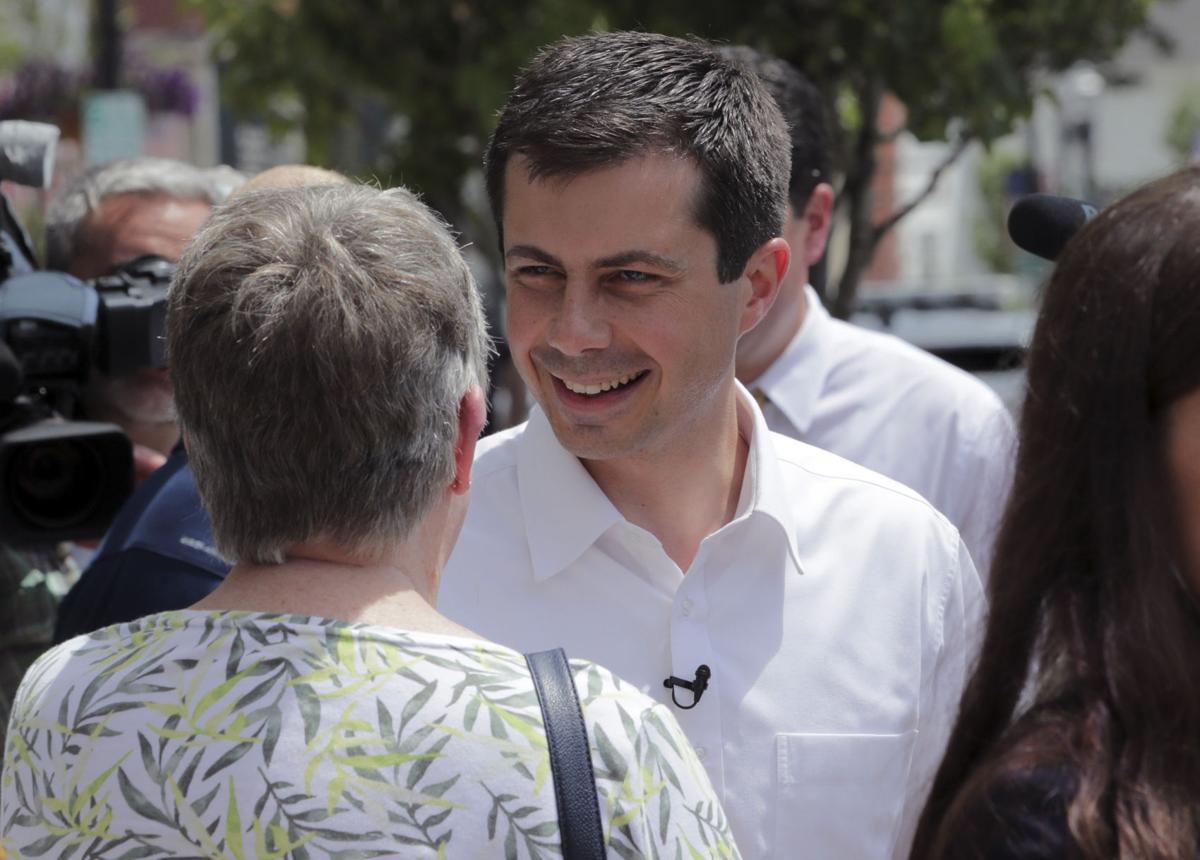 WASHINGTON • No votes have been cast in the Democratic presidential nominating contest, but the winnowing has begun.

A distinct top tier of candidates is breaking away from the pack in early polling and fundraising, building distance between themselves and the rest of the bloated field.

And that elite group does not include the two Coloradans in the race -- former Gov. John Hickenlooper and Sen. Michael Bennet.

Although the first nominating contest in Iowa is still more than six months away, tighter qualifying standards for the fall debates and cash flow problems have prompted questions about how many campaigns will still be operational next year.

Biden has consistently led early polls, with the four others jostling for position behind him. Most other candidates have struggled to even hit 2% in recent surveys; Hickenlooper and Bennet are averaging under 1% in national polls since Independence Day.

"There's a field of likelies, unlikelies and possibles," said Sue Dvorsky, the former chairwoman of the Iowa Democratic Party.

Even as the primary field cleaves into haves and have nots, big questions remain about what direction the party will take as voters weigh who best, and how best, to defeat President Donald Trump next year. The top tier includes moderates and liberals; the oldest contender in the race and the youngest; and a black candidate.

At this early phase, the enduring strength of the leading White House hopefuls is unclear. Biden is a fragile front-runner whose decades-long political career will continue to be picked apart. Harris faces questions about whether she can sustain her spurts of dynamism. Buttigieg is struggling with black voters, the backbone of the Democratic Party. And some Democrats anxiously wonder whether Sanders and Warren, the most liberal candidates in the race, could win a general election.

"This fall is when voters get serious," said Jim Demers, a Booker supporter who chaired Barack Obama's 2008 campaign in New Hampshire. "That's when we're going to know who's real and who's not."

Each of the top-tier candidates appears certain to still be in the mix when voters start taking a more serious look at the race. But that's far from a sure thing for some White House hopefuls mired at the bottom of the pack.

Hickenlooper's fundraising has largely dried up, and he has less than $1 million in the bank. Ohio Rep. Tim Ryan raised just $899,000 in the second quarter, far from what is needed to fund a campaign apparatus in the early voting states.

Other lower-tier candidates are still building out operations aimed at sustaining them through a long campaign.

Booker recently added 19 paid organizers in Nevada and South Carolina and has one of the largest teams on the ground in the early states — a costly strategy designed to allow him to capitalize on a breakout moment, if he has one. Gillibrand's campaign expects to end the month with 35 paid staffers on the ground in Iowa and close to 20 in New Hampshire.

But privately, some members of Gillibrand's team are said to be frustrated that her candidacy isn't catching on, and some junior staff are eyeing moves to other campaigns, according to a person with knowledge of the operation. There's also anxiousness among some lower-level staffers working for former Texas Rep. Beto O'Rourke, according to a Democrat with knowledge of his operation.

Both people spoke on condition of anonymity because they were not authorized to speak publicly about the campaigns.

Both candidates' challenges are clear.

Gillibrand spent $4.2 million during the second quarter despite raising only $2.2 million. She still has a healthy $8.2 million to keep her afloat, but that's due in large part to a nearly $10 million transfer from her Senate campaign earlier this year. That money will dissipate quickly if her fundraising doesn't increase in the second half of the year.

O'Rourke spent about $1.6 million more than he took in, leaving him with $5.1 million on hand. He raised just $3.6 million during the second quarter, about half what he brought in during his first 24 hours in the presidential race.

Gillibrand, O'Rourke and other struggling candidates will have a high-profile opportunity to change their fortunes in the next Democratic debate later this month. But such opportunities could be fleeting for many in the field. The Democratic National Committee has tightened the qualifying standards for the fall debates, requiring candidates to both raise money from 130,000 individual donors and amass 2% of support in four polls.

All of the top five candidates have already qualified for the September debate, as has O'Rourke. Booker has met the polling criteria but lags in the donor count.

Boyd Brown, a South Carolina Democrat who encouraged O'Rourke to run, said it's already time for some campaigns to "be hitting the panic button."

"People need to get out," Brown said. He conceded that O'Rourke has slipped into the lower-tier of candidates and said it could be time for him to reevaluate in the fall if his numbers haven't improved.

The big field has also been a drain on some voters in the early states who are inundated with calls from campaigns and invitations to candidate events.

John Felice, a 68-year-old music teacher from New Hampshire, said that while he likes several of the candidates, "it's fatiguing how big the field is."

Despite the low money numbers, "I've got to follow this to the end," Hickenlooper says.

George Will touts Bennet to beat Trump in 2020

The best Democrat to beat President Donald Trump next year is a Coloradan well back in the pack, says George F. Will — and not the Coloradan that Will once championed.

Bennet on 2020 presidential race: Still in it to win it

"If history is any guide, the leaders today are not going to be the people we nominate," Bennet said.

No debate bump for Bennet, Hickenlooper in latest polls

If John Hickenlooper and Michael Bennet were hoping for a bounce after their night in the national debate spotlight last week, new surveys bring disappointment.

CNN has announced which candidates will appear each night of the two-part debate.

Hickenlooper, Bennet will appear on different nights at debate in Detroit

The lineups are set for the next debate of Democratic presidential candidates. And unlike last time, Colorado's 2020 hopefuls will not be sharing a stage.

Desperation grows for some fighting for survival in the large field.

As things stand now, neither John Hickenlooper nor Michael Bennet look likely to make it to the next round in September.

On the eve of the next round of debates in Detroit, The Washington Post is out with its latest top 15 power ranking of Democratic presidential candidates.