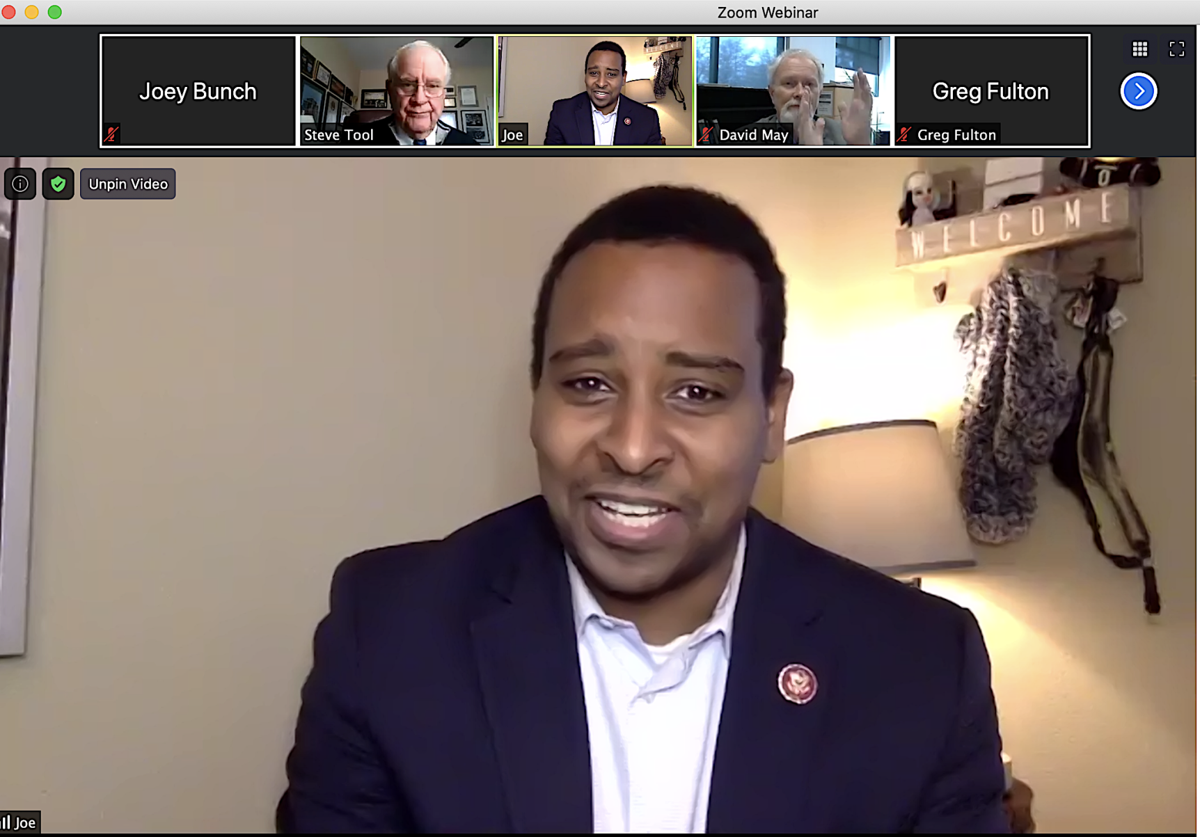 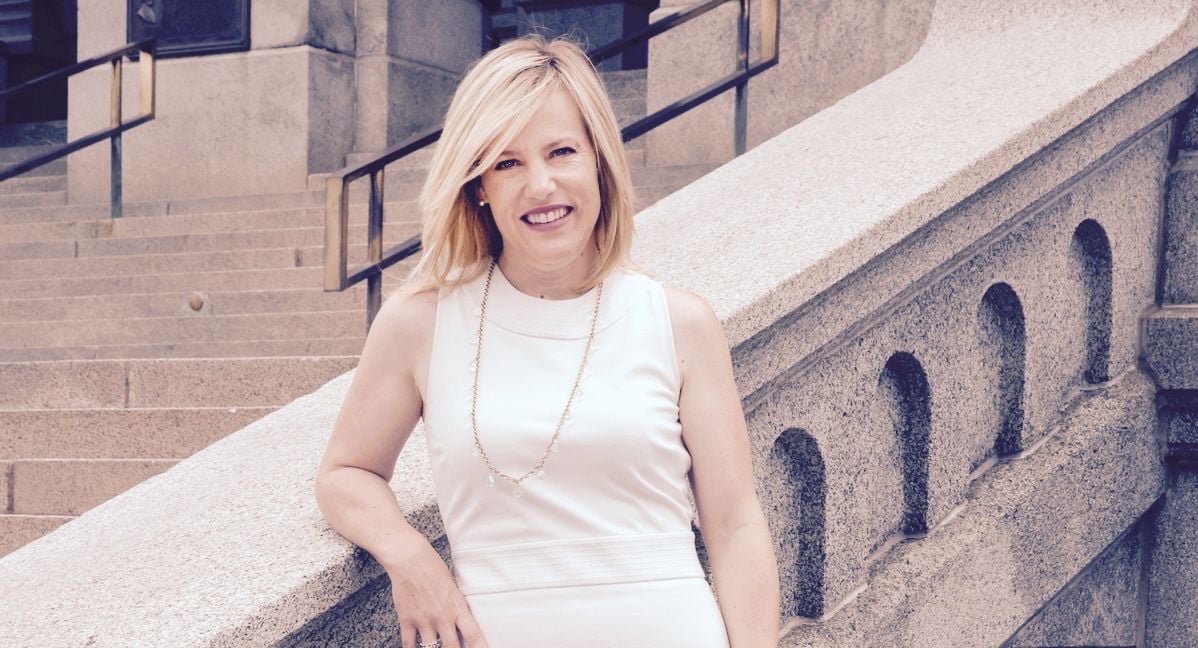 Gov. Jared Polis and a cadre of lawmakers on Tuesday morning talked about the flow of traffic and money in northern Colorado, as the region hopes to keep the long-needed improvements for Interstate 25 on track.

The issues included: energy jobs, environmental activists, wildfires and traffic jams from Denver to Fort Collins, as local and state leaders try to find the federal dollars to keep work going on the region's spine, I-25.

"Supporting transportation infrastructure is not only an important way to stimulate the economy, it is truly important to our state's competitiveness," Polis told the chamber leaders, citing quality of life, commercial centers and access to recreation.

Last week, when the governor presented his budget recommendations for next year, he included a one-time state stimulus package with $220 million for shovel-ready infrastructure projects, including about $160 million for roads, the governor said.

High hopes for transportation dollars, however, face the competing interest for lawmakers, and it's Democrats who control both chambers preoccupied with social programs that help Coloradans struggling under the weight of the pandemic.

It is the legislature, not the governor, who write and pass a budget for him to sign.

That will make federal stimulus money and the infrastructure package President-elect Biden has touted as critically important to northern Colorado, several speakers said.

"We're all tired of the virus, but the virus is not tired of us," he said, reiterating basic precautions such as wearing a mask, handwashing and social distancing.

"We know how to stop this thing, we just need to resolve to do it," Polis said.

Local leaders were keenly interested in transportation funding, a constant concern along the fast-growing Front Range and a vital link to Denver for outlying communities. Meanwhile, the Fort Collins Chamber of Commerce forecast a 152% population growth for Larimer County and 111% for Weld by 2040.

Interstate 25 north of Denver needs $450 million, or $650 million to include express lanes, said David May, the president and CEO of the Fort Collins Chamber.

"It's a multivariable question with a lot of parts," she replied about the complex needs and limited ways to pay for it.

Stimulus money will be a "shot in the arm," she said, but agreed that Colorado needs to stabilize the way it pays for transportation long-term. She said the balance between electric and traditional vehicles on the roads will shift, so there needs to be work on how EVs contribute to the upkeep and improvements. Traditional vehicles pay fuel taxes, which is how roads, bridges, snowplowing and rock slides are covered now.

Joey Bunch: "When the world comes back, Colorado’s fast track into electric vehicles will get a restart. A slowing economy works against it, for sure, but there's still a lot going for it."

Greg Fulton, president of the Colorado Motor Carriers Association, was more direct: roads need more money, and a lot of it.

The economy has changed from stores to home delivery, which only increases the demand to move freight, and time is money to the trucking industry, businesses and consumers.

"We need to keep this simple," said the head of the trucking industry. "First, we need to build consensus. This needs to be a Republican and Democratic solution."

He recommended keeping formulas for state and local revenue splits the same, but with a recognition that there's a larger plan at work, so the money that's available stays on course to solving long-range problems.

"We don't try to add certain things," Fulton suggested, nodding to the reality of how money gets divided up and reallocated at the Capitol.

He said the legislature needs to be at the table with its money, too.

"I do think everyone is saying, 'We need to have skin in the game to make up that difference,'" Fulton said.

U.S. Rep. Joe Neguse, a Democrat from Lafayette, said the issues he sees on the immediate agenda for Congress are the same ones of importance being worked on in northern Colorado, including I-25 and other major transportation projects.

"Federal investment has to be brought to bear," Neguse said. "Local government shouldn’t have to shoulder this alone, nor should local taxpayers. I'm hopeful infrastructure will be at the very top of our agenda."

He's hopeful that Congress can move fast on coronavirus relief. Neguse said he's heard from northern Colorado businesses that would not have survived if not for federal relief so far. He's also hopeful the next relief package can pass in the lame-duck session or the early days of the Biden presidency.

"Federal relief will not last the winter," Neguse said of previous allotments.

The next Congress should go back to the basics, he said, bringing up water development and wildfire mitigation, two issues omnipresent in his district, which is 52% public lands.

Bennet didn't hold out much hope for the lame-duck session. Republican Majority Leader Mitch McConnell has held up the relief bill, partly because he wants to do transportation funding separately, he said.

"Everybody in Washington says they want to do an infrastructure bill except Mitch McConnell," Bennet said of the Republican from Kentucky. "It would seem to me he shouldn't have a veto on this. Republicans and Democrats who come together in the House and Senate should be able to do something on infrastructure."

Polis ponders next steps on transportation at NoCo summit

Colorado Gov. Jared Polis was late arriving at the Regional Issues Summit in Loveland on Tuesday morning — stuck in traffic, a host joked, as hundreds of business and civic leaders took a break and waited.

The clogged freeway to ski country costs Colorado's economy billions. Is there a solution ahead?

Neguse takes his Colorado work on antitrust to Trump's desk

Rep. Joe Neguse is in the spotlight. Here's our coverage of the congressman through the years.

Take a look at Neguse's career with our coverage of the lawmaker's bills, campaigns, town halls and more over the years:

A voice vote came after more than four hours of debate, as Republicans proposed a string of amendments that were each voted down by the Democratic majority, including putting the fees on the ballot and spending less on electric vehicles.

The post, ranking No. 8 in House leadership, gives the Lafayette Democrat a high-profile role crafting the caucus's policy and messaging as House Democrats grapple with a slimmer majority heading into the new Congress after losing nearly every toss-up seat in this month's election.