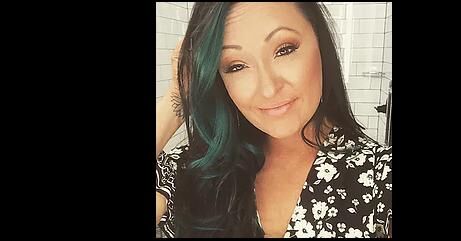 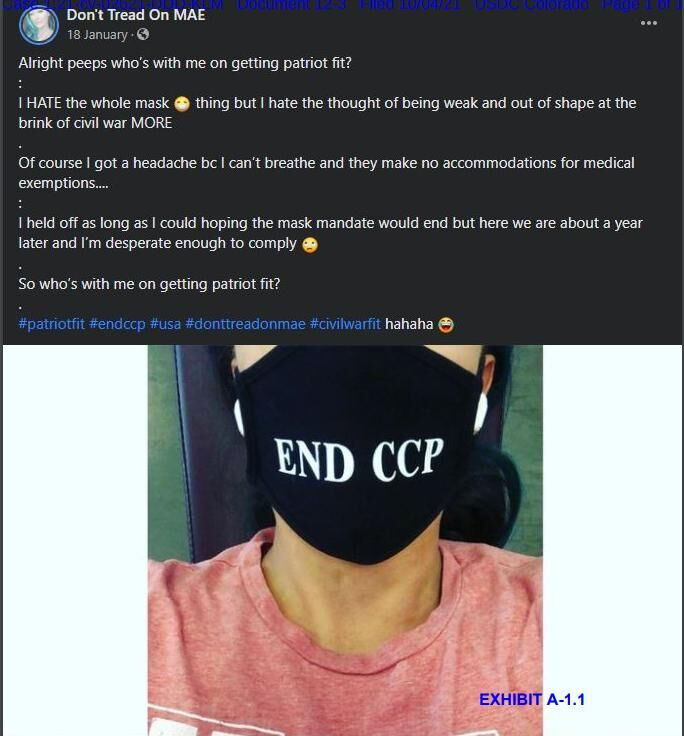 A photo submitted in the lawsuit response by the Cherry Creek School District, showing school board candidate Shumé Navarro wearing a mask.

A federal judge is granting a preliminary injunction against the Cherry Creek School District over its requirement on mask-wearing in school board candidate forums, but the ruling arrived just hours before the district's final forum.

Shumé Navarro, a candidate for Cherry Creek District D, claimed medical conditions prevent her from wearing a mask, although she was unable to produce a medical doctor's note exempting her from requirements.

The district rejected a letter from Navarro's licensed counselor that explained the candidate o "cannot medically tolerate a face covering due to a prior suffocation trauma that she has experienced. Based, on this history, I feel she would need an exemption from having to wear a mask."

The district rejected the letter, stating the counselor did not meet the definition of a licensed medical provider as contained in the public health orders from the Tri-County Health Department mandating masks.

Navarro, according to the district in its Oct. 4 response to the lawsuit, posted a video on social media in which she said, “My doctors at UCHealth will not give an exemption."

Navarro also wears a mask in social media photos. In one, she said, “Who’s with me on getting patriot fit? I HATE the whole mask thing but I hate the thought of being weak and out of shape at the brink of civil war.”

The district indicated Navarro's objections to wearing masks are political, not medical.

Judge Daniel Domenico granted the request for a preliminary injunction in part. He did not award Navarro attorneys' fees, which she had sought, and he also ordered that she "must at all times maintain a minimum of six feet of social distance between herself and any members of the public, other school board candidates, and students who may be present while she is in any indoor School Setting.

"No doubt the District and the public have a strong interest in minimizing the spread of COVID-19," Domenico wrote. "But the potential transmission risk from one unmasked attendee seated on a stage with substantial social distancing from members of the public, students, and other candidates seems small. At this stage of the pandemic, many businesses are now permitting customers to patronize indoor settings without a mask.

"On the other hand, Ms. Navarro has a strong interest in being allowed to participate fully and on equal footing in these forums alongside the other school board candidates. What is more, the District and the public also have an interest in equal participation by school board candidates on the eve of an election. The Court finds the balance of harms weighs in Ms. Navarro’s favor."

Domenico's ruling arrived just hours before the district's final candidate forum at 6:30 p.m. Thursday night at Cherokee Trail High School. Navarro participated, seated at the far end of a long table and away from the other candidates. She was maskless.

Navarro is one of three candidates for District D. She faces incumbent Kelly Bates, who was declared the winner of the the seat in 2017 after the district canceled the election for lack of opposition. Bates has raised more than $37,000 for her re-election bid, including  $2,814 from her own pocket, along with several contributions from teachers' groups, including the Colorado Education Association. Challenger Jen Gibbons has raised $5,375 in her bid for the seat.

Navarro has taken in  $1,720 in cash plus $2,884 from her own pocket for in-kind contributions. She is the secretary of the Arapahoe County Republican Party, and told iHeart Radio in July that critical race theory is perpetuating in the school district. The district, however, said it does not teach critical race theory.

UCHealth is terminating 119 employees statewide for failure to receive a COVID-19 vaccine or a religious or medical exemption, UCHealth Spokesman Dan Weaver said.