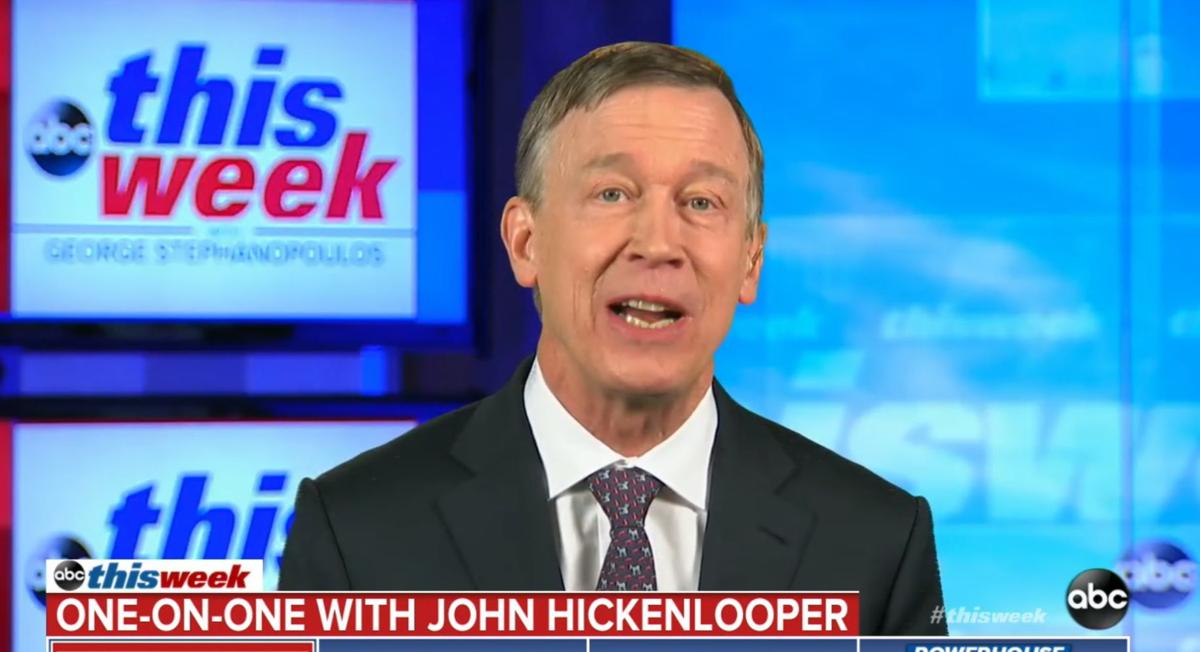 Presidential candidate John Hickenlooper in an interview on ABC's "This Week" that aired Sunday, May 20, 2019 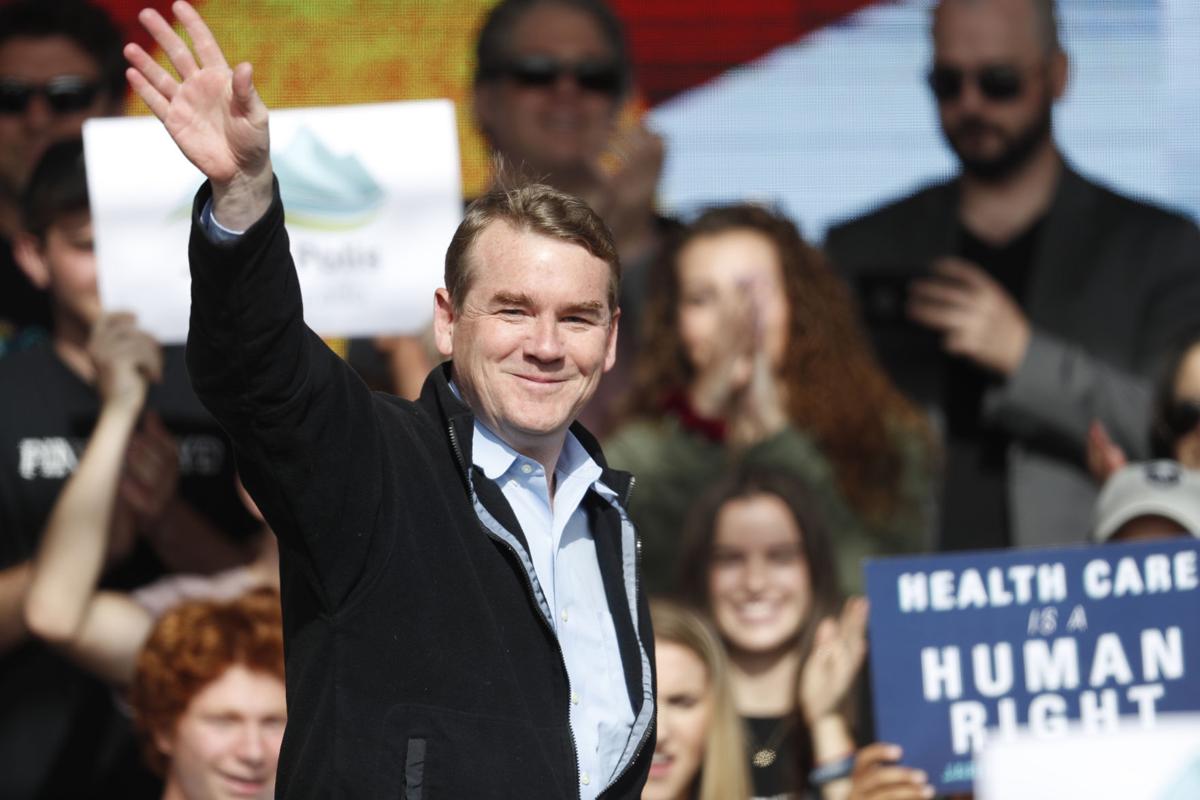 U.S. Sen. Michael Bennet, D-Colo., during a rally with young voters on the campus of the University of Colorado Boulder on Oct. 24, 2018.

And his Colorado rival, Michael Bennet, talked about a need for a public option on health care in a commentary posted Saturday by Fortune magazine.

On "This Week," Hickenlooper also sounded a favorite theme, saying that he's the one out of close to two dozen Democrats running for president who has "spent my whole life bringing people together and getting big progressive things done."

> RELATED: Will both of Colorado's 2020 candidates make it on stage in Miami? It's debatable

"I'm running for president because Donald Trump has been fueling this national crisis of division, of taking our country backwards. And the answer is not socialism," the former Colorado governor and Denver mayor told host George Stephanopolous.

He cited his record in the Colorado statehouse of achieving "almost universal health care coverage. And we beat the NRA with tough, tough gun laws. I think the real challenge here is how do we get that nonsense that's taken over Washington and replace it with common sense?"

• Hickenlooper was slated to deliver a keynote address Monday to the Chicago Council on Global Affairs, laying out his first major set of foreign policy proposals.

"Hickenlooper [also] will call out fellow Democrats for 'recoiling from past American foreign policy mistakes by looking to withdraw from our global leadership role,'  although he didn't make it clear which Democrats he is referring to," CBS says, citing a campaign spokesperson.

Meanwhile, Bennet — a U.S. senator and the other Colorado Democrat in the 2020 presidential race —said in his Fortune commentary that his recent successful treatment for prostate cancer could have bankrupted many Americans.

"It’s pitiful that we are the only industrialized country in the world that has not figured out how to fix that," he wrote. "We need to cover everyone, lower costs, and improve the quality of insurance and care in our country. My plan to create a public option, called Medicare-X, is the most effective way to achieve these goals."

"The trade policy has resulted in attacks being levied on our farmers at a time when commodity prices are very low, at a time you are dealing with flooding, and in Colorado, we are dealing with drought," Bennet said during his stop at Morningside College, per TV station KMEG.

Bennet also talked about "40 years of lack of economic mobility, which means that 90% of Americans haven't seen a pay increase in that period of time."

• CNN announced Monday that it will present a live town hall event with Bennet on May 30 at 8 p.m. MT, moderated by Dana Bash. The town hall will originate at CNN Center in Atlanta.

• Bennet got a shout-out last Friday from Michael Tomasky in Daily Beast. "However you feel about his proposals, his analysis of America’s fundamental challenge now is exactly correct, and he’s saying it better and more clearly than anyone else running," Tomasky wrote in an opinion piece.

• Meanwhile, the New York Daily News says Bennet plans to return a $1,000 donation to his 2022 Senate re-election campaign (assuming he doesn't make it to the White House) from meatpacker JBS USA, the Greeley-based U.S. division of Brazilian agribusiness giant JBS, following reports (including this one in the Greeley Tribune) that JBS USA will receive "$40 million in federal subsidies through the U.S. Department of Agriculture’s bailout program meant to help U.S. farmers negatively impacted by the international trade war" on top of $22.3 million previously awarded.

JBS previously defended itself in connection with the federal contracts, saying that "all eligible JBS USA pork products come from American livestock raised on American farms by U.S. family farmers, and are processed in American facilities in rural American towns.”

If former Colorado Gov. John Hickenlooper becomes president, he says he will protect the nation by rebuilding international partnerships fract…