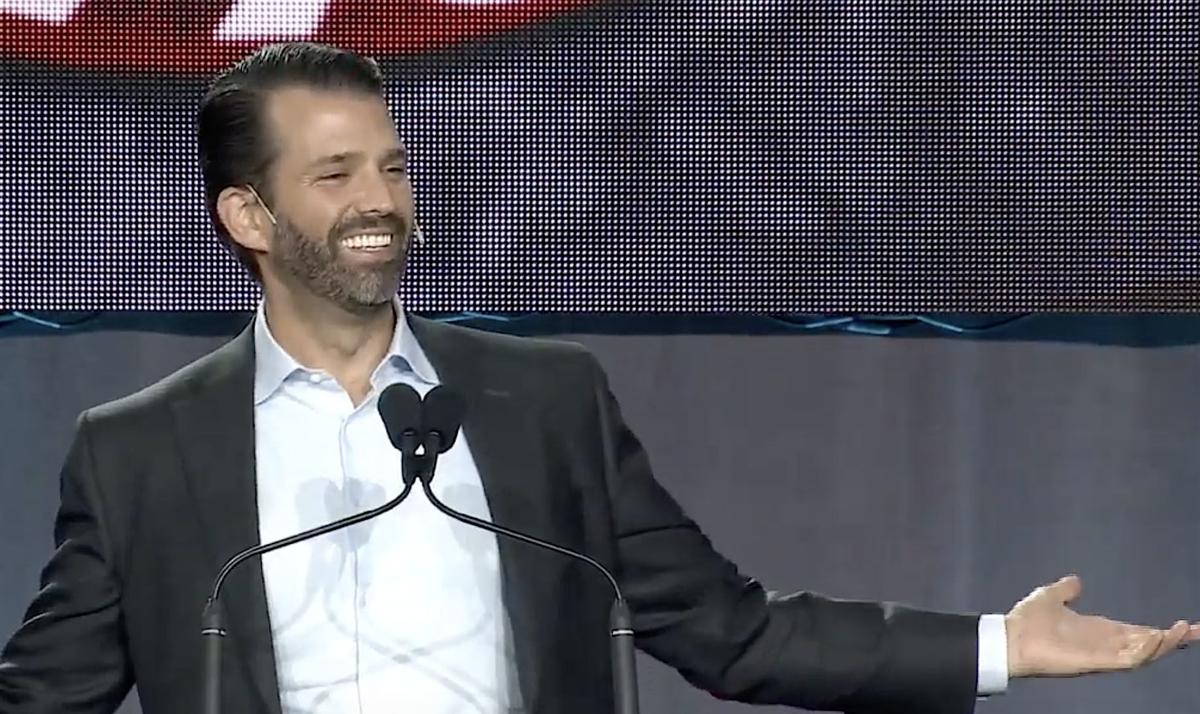 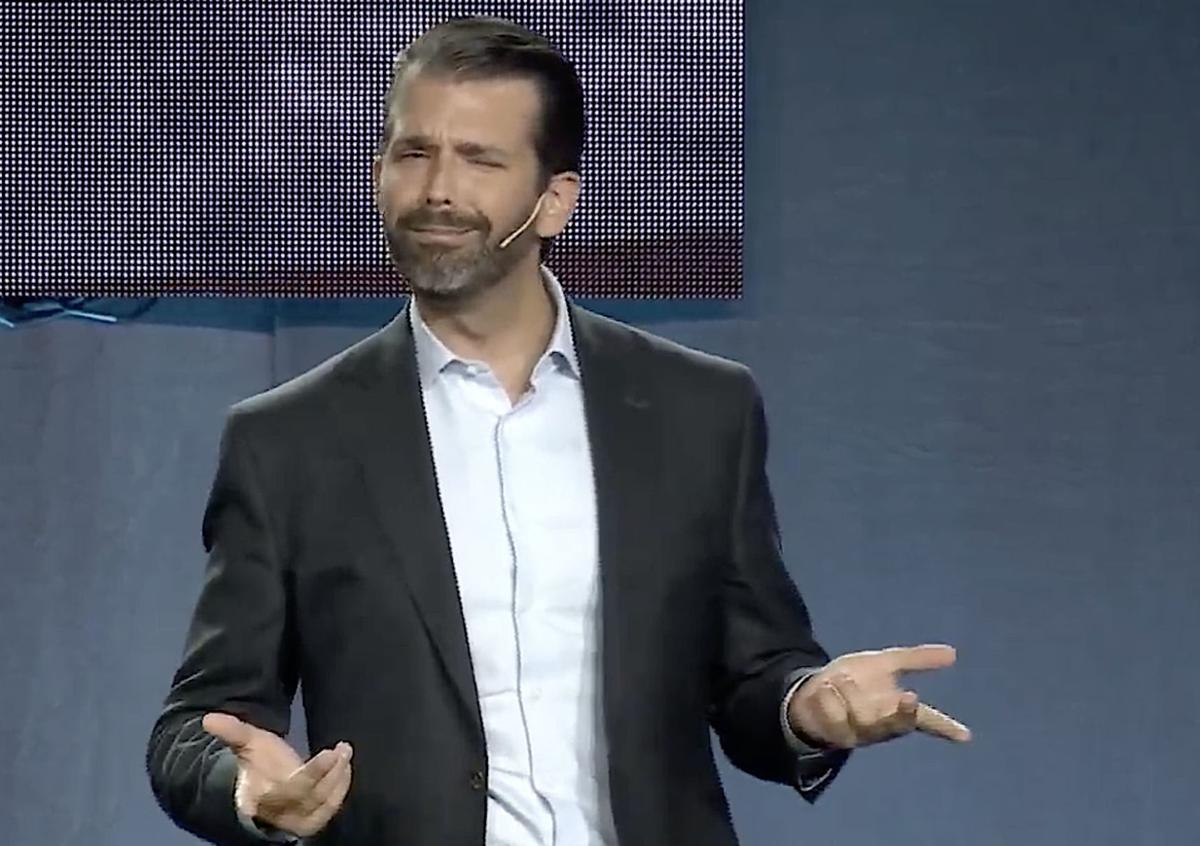 Donald Trump Jr. brought a ballroom full of conservatives to its feet Friday night in Denver with attacks on the press, social media giants and naysayers he mocked for refusing to acknowledge the achievements of his father's presidency.

President Trump's eldest son and namesake prompted cheers of "USA!" as his 30-minute keynote address capped the first day of the summit, billed as the largest right-leaning gathering in the country outside the nation's capital.

"The reality is, the left hates Donald Trump much more than they love America," Trump Jr. told the avid crowd after ripping the news media for ignoring his father's successes with the economy and on the world stage.

"You have an American president with the greatest economic track record in history that gets 97% negative coverage from the press," Trump Jr. said, calling the media's bias evidence of a growing "level of insanity."

He noted that he regularly stumps "woke" college students by asking them to name a single economic measure showing the country isn't better off today than before his father took office.

While Trump Jr. doesn't have a formal role in the administration — he and his brother Eric Trump took the reins at the Trump Organization after their father won the 2016 election — he has become one of the president's top campaigners and inspired talk of a White House bid of his own after his father faces term limits.

About an hour before Trump addressed the confab, U.S. Sen. Cory Gardner previewed his campaign for a second term in a fiery speech that took aim at what he called the Democrats' "normalization of socialism," saying the opposition party's lurch to the left threatens the faith and freedom cherished by his audience.

Both Republicans served up sizzling helpings of red meat from the same stage occupied that morning by Gov. Jared Polis, Colorado's first openly gay and first Jewish governor — and the first Democratic elected official to address the conservative summit in its 10 years.

Invoking the Green New Deal, the New York Times opinion page and the prospect of Bernie Sanders naming two justices to the U.S. Supreme Court, a pugnacious Gardner barked: "We have to go on the offensive, and we have to fight."

After extolling the virtues of rural America and accusing "big-city politicians who are more enamored by a resumé than by accomplishments" of wanting to leave rural Americans behind, Gardner nodded to a recent emblem of the culture wars.

"Since when did wearing the Betsy Ross flag become akin to wearing a swastika?" he asked as the crowd jeered.

"We cannot be silenced while the far-left bullies Americans into a sense of shame about who we are, where we live, how we worship," Gardner said, drawing enthusiastic cheers from the crowd.

While 11 Democrats are running in a primary for the chance to challenge Gardner's 2020 re-election bid, the Republican made clear who he intends to run against.

He tore into Sanders, saying the self-described democratic socialist's policies have become "a litmus test for Democrats" after the Vermont senator staged a "successful hostile takeover of the Democratic Party."

"They are running on socialism because they think they can win on socialism.  It's what the radical fringe has demanded," Gardner said, noting that Sanders won Colorado's 2016 presidential caucus.

"Just look at the policies their party now stands for — socialized medicine, the Green New Deal, eliminating the Electoral College, dictating what job you can and cannot have, packing the courts, massive tax increases, open borders and the list goes on and on and on."

Gardner drew the loudest cheers during his 20-minute speech when he enumerated the number of federal judges — including two spots on the U.S. Supreme Court — filled by Trump and the GOP-controlled Senate.

"And I know who Bernie Sanders would select. Castro, anyone?"

“While Senator Gardner hasn’t held a town hall with the Coloradans he supposedly represents in nearly two years, he is right at home in a room full of fringe Trump supporters," state party chair Morgan Carroll said in a statement. "That’s because Gardner’s record lines right up with Trump’s destructive agenda: passing huge tax breaks for billionaires while threatening health coverage protections for people with pre-existing conditions.”

In his remarks accepting the award for a lifetime of achievements, Andrews railed against Islam, calling it "a religion that doesn't believe in freedom" with core tenants that are incompatible with American democracy.

America, Andrews said, has two enemies. "The name of one is Marx, and the name of the other is Mohammad," he said, standing alongside banners that displayed the 2019 summit's theme: "Defending Religious Freedom and America's First Amendment."

U.S. Rep. Diana DeGette presided over the chamber as the vote took place.

U.S. Rep. Ken Buck of Windsor had a colorful description of Democrats who want to impeach President Trump Saturday night.