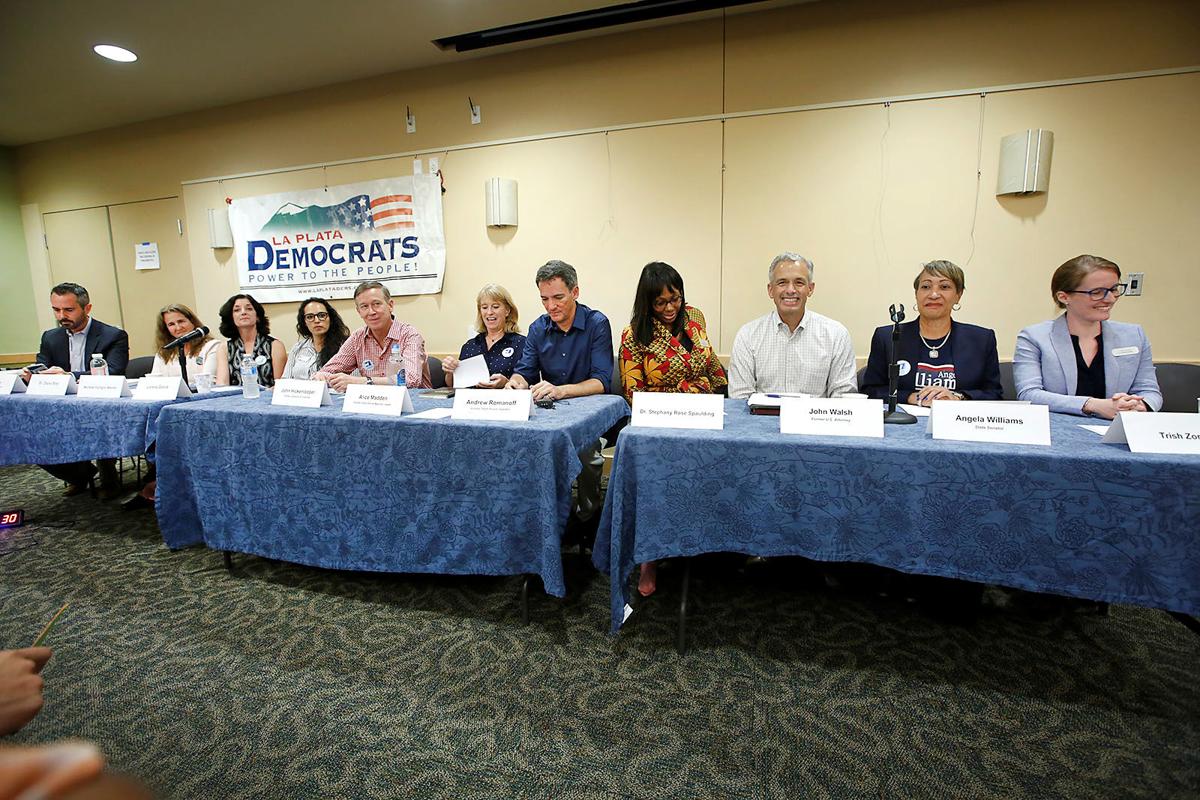 Eleven contenders for the Democratic primary runoff that were part of a forum on Saturday at the Durango Public Library. 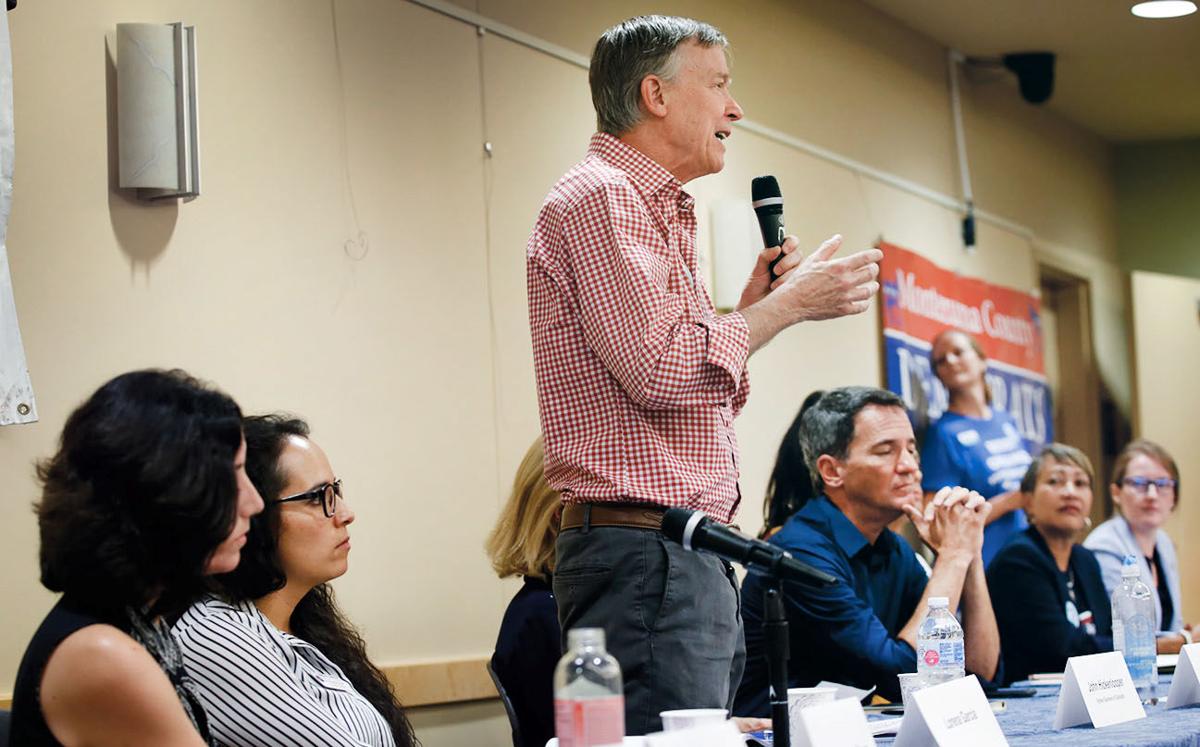 Former Colo. Gov., John Hickenlooper was among 11 contenders for the Democratic primary runoff who were part of a forum Sept. 7 at the Durango Public Library.

Eleven contenders for the Democratic primary runoff that were part of a forum on Saturday at the Durango Public Library.

Former Colo. Gov., John Hickenlooper was among 11 contenders for the Democratic primary runoff who were part of a forum Sept. 7 at the Durango Public Library.

About 200 people attended the unofficial kickoff of the campaign for the Democratic nomination and the first forum since former Gov. John Hickenlooper entered the race after pulling the plug on his presidential bid.

The other candidates seeking the nomination are:

An engaged crowd questioned the seven women and four men about where they stand on climate change, health care, education, gun rights and campaign finance.

Candidates had 90 seconds, 45 seconds or 30 seconds to answer questions from the crowd and moderator Morgan Carroll, a former state representative and senator who is chairwoman of the Colorado Democratic Party.

“The candidates have a lot to learn from the issues here in Southwest Colorado,” she said.

Twenty-year Durango resident Susan Corenwell, a lifelong Democrat, said she came to the forum Saturday to find the most progressive candidate.

“It’s time for people to stand up and be progressive,” Corenwell said. “Being progressive is a young idea, and we’re leaving the world to the young.”

While a common theme of “beat Cory Gardner” echoed through many of their remarks, each candidate differed on their policy priorities.

Despite their differences, each said it’s important that a Democrat takes the seat from Gardner, considered the most vulnerable Republican running for reelection. The race could be pivotal in deciding which party controls the Senate after the 2020 election.

Read this story at durangoherald.com.

Denver Democrats set series of forums for US Senate candidates

At last count, 11 Democrats are running in the primary for the chance to challenge Republican U.S. Sen. Cory Gardner in 2020.

His seat is topped on the publication's list only by that of a Democratic senator from the South.

Dan Baer is the latest Democrat to exit the primary following John Hickenlooper's entry into the race.

The frontrunner in the sprawling field won't attend the forum on Wednesday because of a scheduling conflict, his campaign told Colorado Politics.