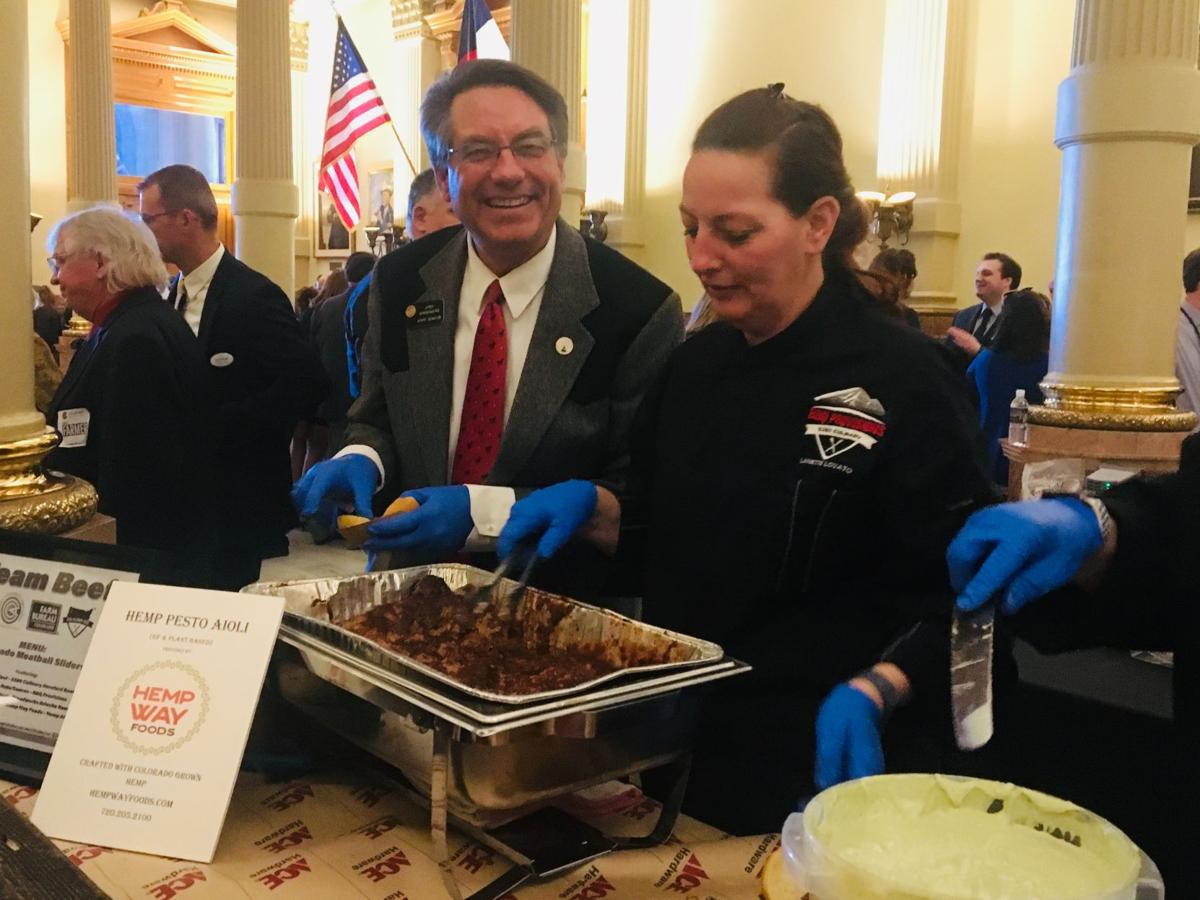 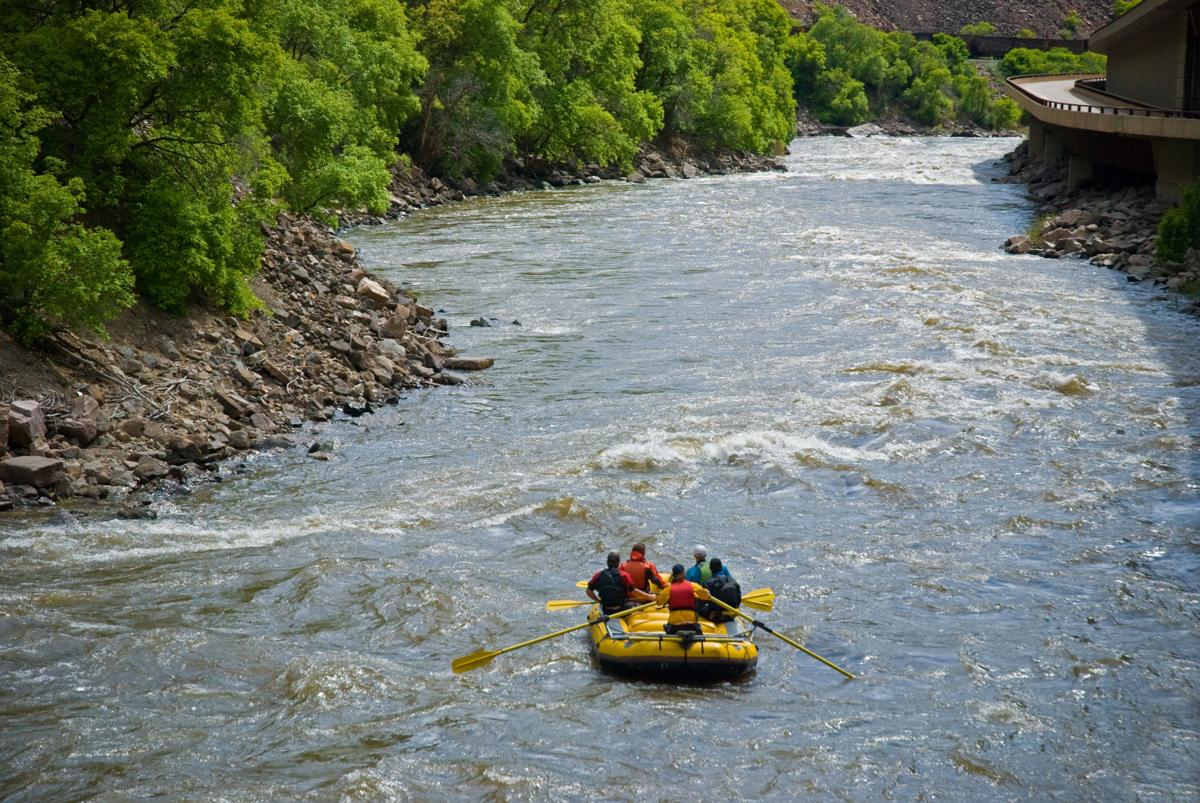 That's the ballot measure that will ask voters to approve a 10% tax on net proceeds on sports betting though casinos licensed in Blackhawk, Central City and Cripple Creek.

The ballot measure claims the state would raise up to $29 million, with most of that going to fund the state water plan. Separately the Nov. 5 ballot asks voters to decide on another tax measure, Proposition CC, which would allow the state to keep future refunds under the Taxpayer's Bill of Rights to steer that money into education and transportation.

While Sonnenberg is one of the legislature's chief advocates for water storage, the gambling tax isn't the way to go about it, he said Monday.

"On the surface this seems great: We need to make sure we have funding available to build storage and keep Colorado’s water in Colorado," Sonnenberg said in his announcement. "Except, just like Prop CC, the Legislature can raid funds set aside for water and use them for something else. And they have in the past — since 2002, $322 million dollars specified for water projects has been spent elsewhere."

The water plan, developed by former Gov. John Hickenlooper's administration, carries a cost of at least $20 billion (some estimates claim it could be twice that much), with the state responsible for about $3 billion of that between 2020 and 2050. That's a commitment of $100 million annually, beginning next year.

For the past five years, those who back the plan, including some of the state's most influential water organizations like the Colorado Water Congress, have been trying to figure out how to pay for it. So far, there's been little progress on that front, with annual appropriations of, at most, about $10 million from general funds in 2019 and lesser amounts from severance tax revenues in prior years.

The water plan isn't specific about what projects it would fund, instead laying out a series of goals dealing with conservation, storage, environmental, recreational, municipal and agricultural needs.

The same is true for Proposition DD. The measure that created it — House Bill 1327 — says only that it will fund water projects. It doesn't spell out which ones or what kinds. HB1327 states that money raised from sports betting would be put into a water plan cash fund. Those expenditures would "ensure compliance with interstate water allocation compacts, international treaties, and federal laws related to interstate storage and release."

HB1327 also says the money would "support projects ... that may include compensation to water users for temporary and voluntary reductions in consumptive use that are regionally equitable and avoid disproportionate, negative economic or environmental impacts" to any single region. There's three magic words in that line: voluntary, temporary and compensated.

Those three magic words form the underpinnings of what's known as demand management, a term that has made state lawmakers pretty nervous of late. Demand management could eventually require reductions in the use of Colorado River water, a proposal that came out of the drought contingency plan worked out by the seven states of the Colorado River and signed into law earlier this year.

The Colorado Water Conservation Board (CWCB), the state agency in charge of implementing the state water plan, is currently working on a feasibility study regarding demand management. The state has not committed to such a plan, despite what Proposition DD says. In addition, the three other states of the Upper Colorado River Commission — Wyoming, Utah and New Mexico — also have to agree to a demand management program or it's a no-go for everyone.

Sonnenberg is one of those for whom demand management raises eyebrows — and now, so does Prop DD.

"Water has long been at the forefront of my agenda over the duration of my career in the state legislature," he said in his Monday statement. "I have served as the Water Committee Chairman several times and have become one of those 'water guys' from whom others seek information."

Up until now, Sonnenberg had remained publicly neutral on Prop DD as "several questions were not answered. Instead, I proposed policy changes to require transparency. Those questions remain unclear and any transparency policy has so far been rejected.

That's a long-time irritation for lawmakers who have complained that severance tax dollars were raided by past legislatures to shore up the state budget during economic downturns, and those funds were never repaid.

"Most recently, as I try to decide if this is a good policy for Colorado, I can’t help but focus on the questions that are not being answered. ... To me, it boils down to this: Should gamblers be made to fund our water needs? Should we raise taxes on something like gambling to replace a noticeable reduction in water funds used because of the curtailed oil and gas production? Can we trust the Legislature to spend this money on what it is promised for?

I can’t answer yes to any of those questions."

Those who support Prop DD, including members of his own party, disagree.

“The most respected fiscal conservatives in the Legislature, and all of the most prominent voices in farming and ranching, are voting Yes on DD because we have to fund the water plan," said Republican state Rep. Matt Soper of Delta. "I’m not sure why Jerry changed his mind. He voted for DD just a couple months ago. But here’s what is the undeniable truth — if DD fails, and if we don’t fund the water plan, California and Las Vegas will continue to get more of our water than they should.”

House Minority Leader Patrick Neville of Castle Rock had choice words for Sonnenberg and his opposition to Prop DD.

"The most conservative members of the legislature, the Farm Bureau, the Cattleman’s Association, the Colorado Water Congress, the Colorado River District, and dozens of water leaders all across Colorado — all of these groups are Yes on DD. Jerry was a strong supporter of DD up until last week too, for goodness sake. For Jerry to bald face flip flop two weeks after ballots were sent out is bizarre."

“DD funds the Colorado Water Plan. End of story," said House Majority Leader Alec Garnett of Denver, who co-sponsored the bill. "Any effort to divert the DD dollars somewhere else will be met with bipartisan opposition.”

Sonnenberg said he believes there's a hidden agenda, one in which storage — new reservoirs and dams — would be ignored to satisfy environmental needs.

Sonnenberg voted in favor of House Bill 1327 when it moved through the General Assembly in the waning hours of the 2019 session. He said Monday he thought it was a good idea at the time, and he hoped as things moved along that his questions would be answered. Unfortunately, he said, the environmental groups weighed in, mostly against any project involving additional storage, as is envisioned on the Poudre River near Fort Collins and along the South Platte River between Greeley and Julesburg.

He said he also has concerns that the CWCB can go forward with a demand management plan without legislative approval. That's already sticking in the craw of lawmakers on the Interim Water Resources Review Committee, which last week authorized a bill for the 2020 session that would require the CWCB and the water committee to hold meetings around the state to collect public input on a demand management plan. The requirement models legislation passed by the General Assembly while the water plan was being developed after lawmakers complained that they had been left out of the process.

The CWCB, when starting off its feasibility study on demand management, initially required participants in a slew of working groups to sign non-disclosure agreements. That drew pushback from the participants as well as from state lawmakers. The CWCB later dropped that requirement.

Sonnenberg said he believes the CWCB can do whatever it wants. "I think we are seeing a hidden agenda moving quietly through CWCB," including demand management and to ensure that storage is left by the wayside. "The environmental community does not like storage," he added. We've seen them weigh in against water storage anywhere they can."

Demand management: It’s a term that makes water users along the Colorado River nervous — and Colorado state lawmakers, too.