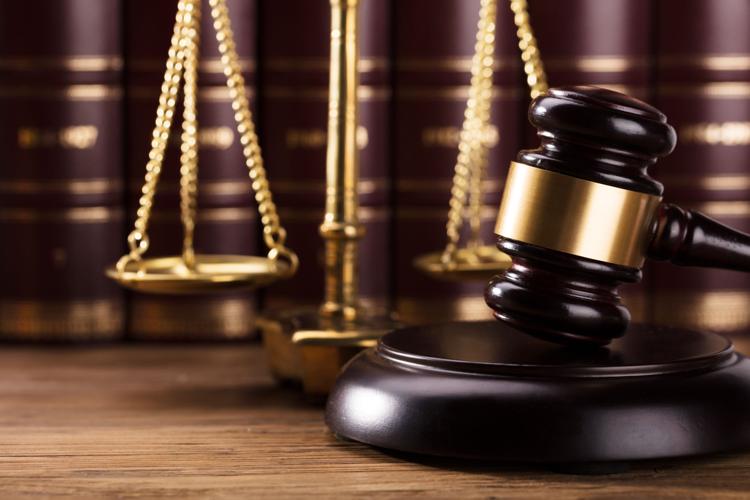 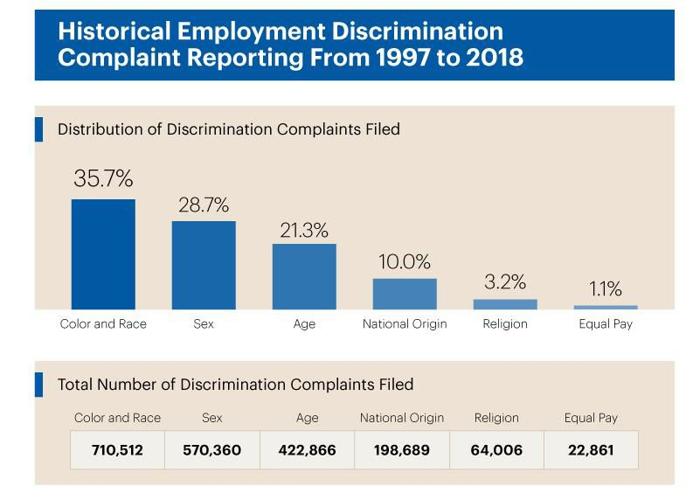 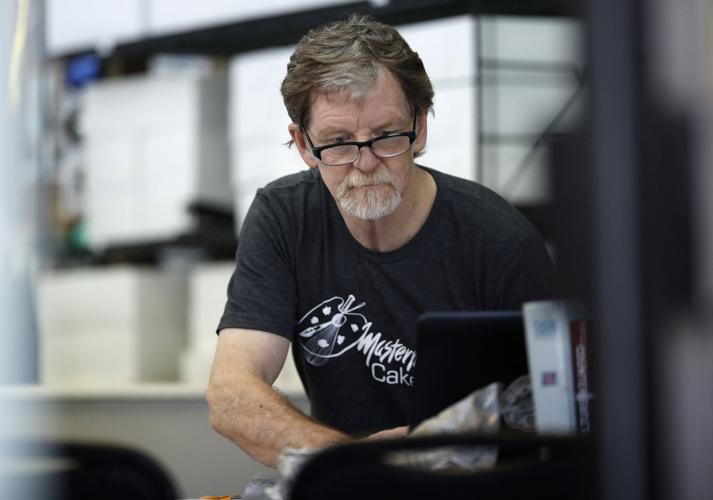 In this June 4 file photograph, baker Jack Phillips, owner of Masterpiece Cakeshop, manages his shop after the U.S. Supreme Court ruled that he could refuse to make a wedding cake for a same-sex couple because of his religious beliefs did not violate Colorado's anti-discrimination law in Lakewood.

In this June 4 file photograph, baker Jack Phillips, owner of Masterpiece Cakeshop, manages his shop after the U.S. Supreme Court ruled that he could refuse to make a wedding cake for a same-sex couple because of his religious beliefs did not violate Colorado's anti-discrimination law in Lakewood.

Colorado leads the U.S. in complaints about religious discrimination filed with the U.S. Equal Employment Opportunity Commission, says a recent study by Paychex, the nationwide HR and payroll management company.

The study also noted that sex discrimination was the top complaint filed in all but a few states.

The study chose types of discrimination based on physical traits or appearance, so it did not differentiate between complaints based on gender identity or sexual orientation (a separate category in Colorado law since 2008 for LGBTQ complaints) and sex (based strictly on discrimination tied to a person’s gender).

The study also did not look at discrimination based on public accommodation. (Basically, if you serve the public, you must serve everyone in the public.) That category in Colorado law led to the discrimination lawsuits against Masterpiece Cakeshop owner Jack Phillips. The U.S. Supreme Court later ruled that Colorado’s civil rights commission discriminated against Phillips based on his religious beliefs, though it did not rule more broadly on the issue of public accommodation.

The study said, “While race claims are often the most commonly filed with the EEOC, they have the lowest percentage of success (15%) in terms of legal action or reaching a settlement. Some critics suggest these cases aren’t being investigated sufficiently enough and are often closed before determining whether discrimination occurred. In 2019, the EEOC had a smaller budget than in 1980 after being adjusted for inflation and not enough staff, by some accounts, to handle the extremely high magnitude of complaints submitted.”

The study did look at pay discrimination (Colorado lawmakers passed an equal pay law in the 2019 session). The study noted that equal pay complaints are difficult to prove. “Even though pay discrimination based on sex has been illegal since the ’60s, critics argue it can be difficult to prove under normal circumstances. In Alabama, no state law protects women from pay inequity, and The National Women’s Law Center determined in 2018 that white women earned 74 cents compared (with) every dollar earned by white men, followed by 57 cents for African American women and 49 cents for Hispanic women. Mississippi and Arkansas also had the highest number of complaints focused on color and race discrimination as well as sex discrimination.”

In a longer-term look at EEOC statistics between 1997 and 2018, the study said 35.7% of all complaints filed with the EEOC during that period were based on color or race; 28.5% were based on sex; and only 3.2% were based on religion.

In the workplace, the most frequently cited reason for a complaint based on sex was because of alleged sexual harassment, the study said.

Between 1997 and 2018, among those who filed complaints (nearly 2 million) and won a judgment (about 365,000), the highest awards per individual were based on equal pay ($30,600 per award) and age ($22,500 per award), though the study also pointed out that age complaints are among the most difficult to prove.

The audit looked at how both the division and the commission manage civil rights complaints between the beginning of 2015 and through August of this year.

Jack Phillips and his store came into the national spotlight after the Supreme Court ruled on a lawsuit stemming from his refusal to bake a wedding cake for a same-sex couple on the basis of his religion.