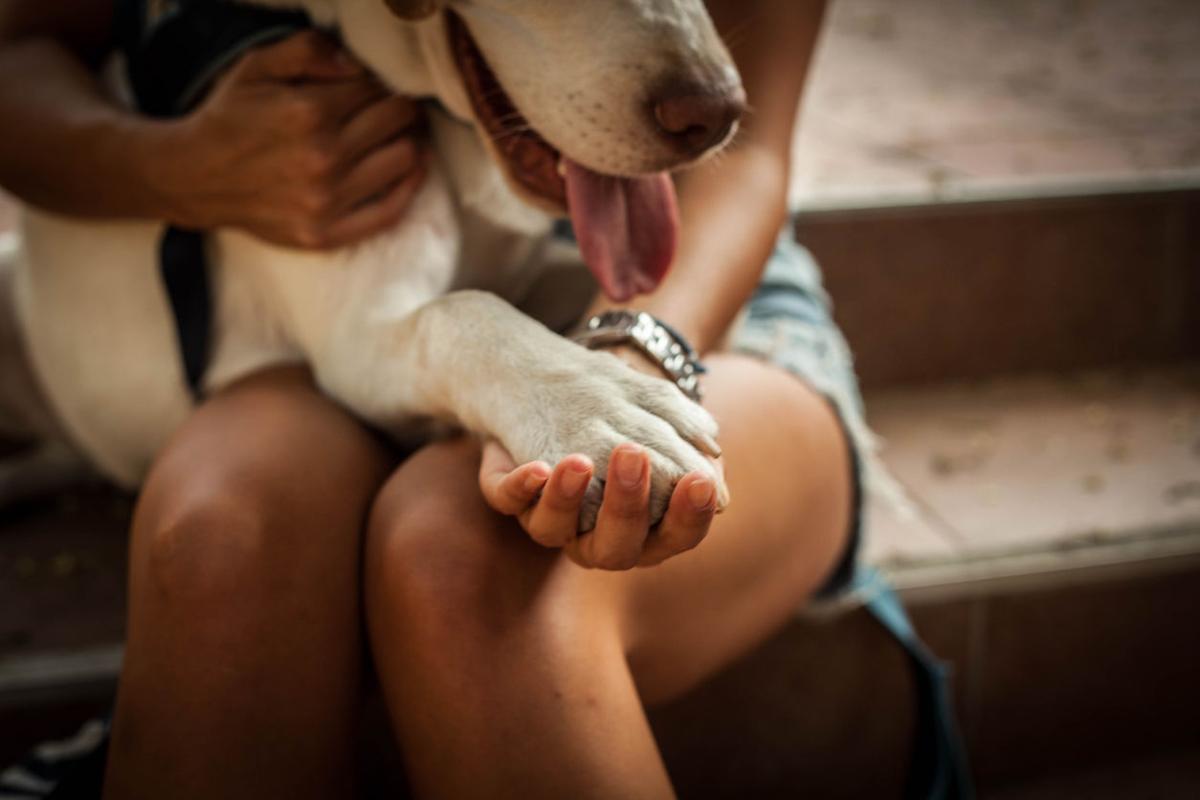 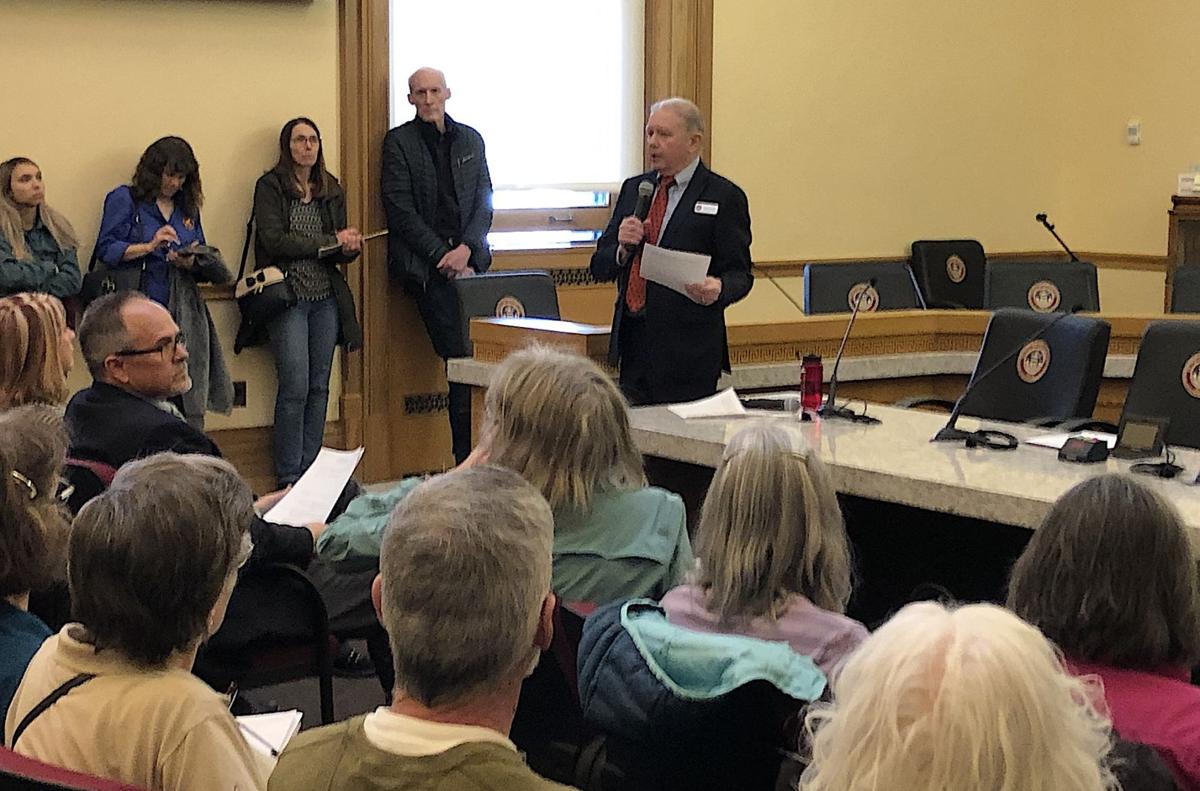 Expect Colorado lawmakers to take on circus animals, puppy and kitten mills, neglectful pet owners, and the authority of state animal protection officers, among other causes, during the current legislative session.

So far no opposition has emerged to the animal welfare bills. The Colorado Farm Bureau is monitoring them but hasn't taken any position yet on any that have been filed, and typically doesn't speak up about legislation that it hasn't yet read.

The bills filed don't yet gore the ox of farming and ranching, however.

Republican and Democratic lawmakers spelled out a package of bills that was endorsed by first gentleman Marlon Reis, an animal welfare advocate.

"It's time to give our furry family members the dignity they deserve," Reis told the packed meeting room at the Capitol, at an event put together by Colorado Voters for Animals.

At another juncture, the first gentleman looked around the room and said, "Because of the support of our elected leaders and their advocacy partners, Colorado is further cementing status as a leader in animal welfare."

Reis said it's his hope that Colorado sets the example for other states to follow when it comes to humane treatment of animals.

The caucus is chaired by Sens. Joann Ginal of Fort Collins and Jack Tate of Centennial, as well as Rep. Larry Liston of Colorado Springs.

State Sen. Mike Foote, a Democrat from Lafayette and prosecutor, hopes House Bill 1084, the Humane Pet Protection Act, will put the scurrilous pet traders who operate puppy (and kitten) mills out of business. The mills use unhealthy breeding practices to crank out as many animals to sell as possible, and states are cracking down in lieu of federal action.

California and Maryland have passed similar bans, and New York is going even further, looking to ban the sale of puppies, kittens and rabbits in pet stores, which could remove the incentive to overbreed.

The Colorado legislation is being introduced in the House by Rep. Monica Duran, a Democrat from Wheat Ridge.

Another bill would clarify the authority of state Bureau of Animal Protection agents to enforce laws and impound animals the same as other law enforcement officer. Senate Bill 104 is sponsored by state Sen. John Cooke, a Republican from Greeley and former Weld County sheriff, and Rep. Dylan Roberts, a Democrat from Eagle.

Sponsored by Democratic Sen. Kerry Donovan of Vail and House Majority Leader Alec Garnett of Denver, the bill would allow people to bring along their pooch, as long as there's an outdoor entrance, and the dog doesn't sit in a chair of eat off the table.

"We don't have a bill for cats on patios," said Roland Halper, the executive director of Colorado Voters for Animals. "We might in the future."

The bill would ban using such animals as lions, tigers, bears and elephants from being transported into the state for entertainment. Ginal said it would not affect rodeos, stock shows, zoos, aquariums, educational events or research, but rather take on roadside animal circuses and elephant rides.

Another Ginal bill will aim to ban the sale of any products made from exotic or endangered animals, including things such as elephant ivory, rhinoceros horns, or from products made from lions, leopards, cheetah, and certain turtles, sharks, and rays.

She also hopes to work on a socially conscience sheltering bill with Reps. Duran and Alex Valdez of Denver to make animal shelters more humane and improve the outcomes of pet adoptions.

Friday morning Environment Colorado is expected to unveil legislation to restrict a pesticide that's hard on bees, which are key to pollination and, therefore, agriculture.

The legislation is backed by Democratic Reps. Cathy Kipp of Fort Collins and Sonya Jaquez Lewis of Longmont, with Sens. Rhonda Fields, a Democrat from Aurora, and Kevin Priola, a Republican from Brighton.

Separately this week, the Colorado Parks and Wildlife Commission heard a report on states that have banned contests that award prizes for killing the largest number of wildlife in a specified period.

WildEarth Guardians and other environmental groups find the practice to be inhumane.

"Hunters and environmental advocates are united against killing contests because the practice is highly unethical, purposeless, and wasteful," WildEarth Guardians policy advocate Nadine Nadow said. "Unfortunately, there is a small number of folks who find pleasure in the indiscriminate mass-slaughtering of wildlife in exchange for ribbons and prizes.

"The wildlife killing contest ban is a logical and humane step towards protecting Colorado's intrinsically valued wildlife and supports the respectful, ethical, and pro-conservation message of all Coloradans alike."

Experts and advocates spoke in favor of the ban and the commission could take comments on the proposal at its March meeting and possibly set a vote on the issue.

Senate Bill 164 specifies that each shelter shall offer timely veterinary care to dogs and cats, as well as prohibits lodging the animals in a fashion that “fosters obsessive-compulsive or self-mutilating behavior.”