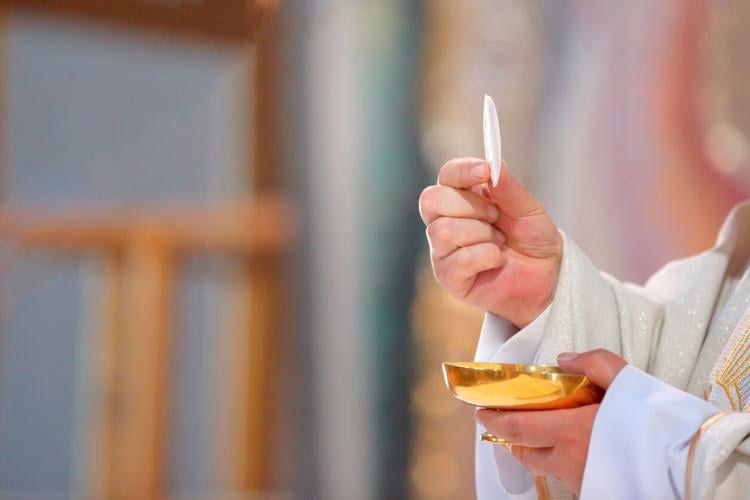 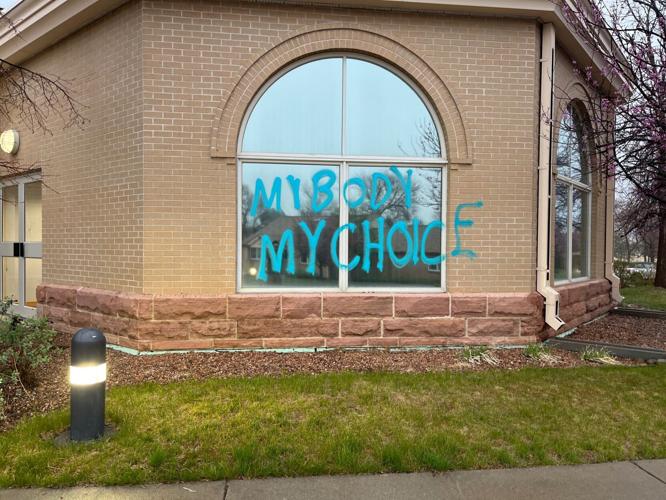 "My Body My Choice" spray-painted in blue across the window of Sacred Heart of Mary Church in May. 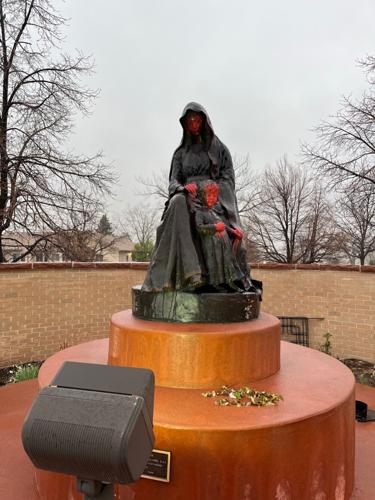 Sacred Heart of Mary in Boulder was vandalized in May. 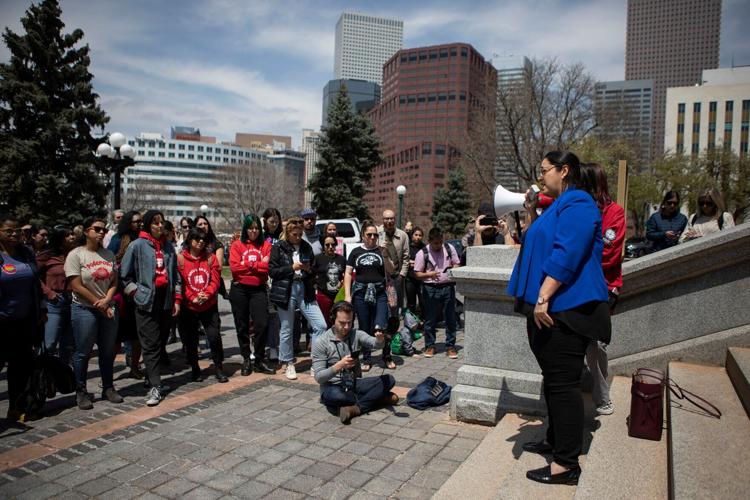 In this file photo, state Sen. Julie Gonzales, D-Denver, speaks during an abortion-rights protest on May 3 on the west steps of the state Capitol.

"My Body My Choice" spray-painted in blue across the window of Sacred Heart of Mary Church in May.

Sacred Heart of Mary in Boulder was vandalized in May.

In this file photo, state Sen. Julie Gonzales, D-Denver, speaks during an abortion-rights protest on May 3 on the west steps of the state Capitol.

The contours of the legislative battle over abortion regulation in Colorado began to take shape hours after the U.S. Supreme Court discarded two landmark decisions that allowed women, under a federal framework, to legally obtain an abortion.

On the one hand, abortion-rights proponents are eyeing legislation to further enhance the state's abortion law, which is among the most permissive in the country. On the other, anti-abortion advocates are gearing up to promote measures that "value the sanctity of life."

Broadly speaking, three major options are available to both sides of the abortion debate, notably changing laws via the legislative process at the state Capitol and directly asking voters to pass laws.

A third option is litigation. Each tactic carries its own set of challenges and advantages. It is unlikely, for example, for anti-abortion advocates to succeed while Democrats control the Legislature and the governor's office. Meanwhile, the chances of advancing an abortion-rights agenda are small to nil if Republicans take over any branch of the Legislature.

"While we celebrate, we must still acknowledge the work that needs to be done in Colorado," the Colorado Catholic Conference said on Friday in a statement that hinted of the contours of the legislative fight ahead. "Now that Roe and Casey are overturned, the question of pre-viability abortion will return to the states, and Colorado’s new Reproductive Health Equity Act, which was signed into law by Governor Polis on May 4, 2022, will ensure Colorado continues to be extreme on abortion policy."

Unsurprisingly, Catholic bishops are targeting Colorado's new abortion law, which affirmed in state law the right to choose an abortion or carry a pregnancy to term and under which fertilized eggs, embryos and fetuses do not have independent rights. It also prohibits state and local public entities from denying or restricting a person's right to use or refuse contraception, or to either continue a pregnancy or have an abortion.

The bishops said the law ensures that Colorado will "remain an abortion up-to-birth state."

"And it goes beyond Roe in stating that preborn children at all stages of development have 'no individual and derivative rights' in Colorado," the bishops said. "Pro-abortion activists are also planning to push a ballot initiative in 2024 to allow for Colorado taxpayer funds to be used for abortion."

Efforts to roll back the Reproductive Health Equity Act have already begun, the bishops said.

In response to the law, they said, 21 nonprofits, including the Colorado Catholic Conference and diocesan Respect Life offices, have banded together to form the the Pro-Life Colorado coalition to "continue to fight RHEA, prepare for the 2024 ballot battle, and promote legislation that values the sanctity of life."

Jeff Hunt, director of the Centennial Institute at Colorado Christian University and is one of the most visible voices on the abortion debate, earlier told Colorado Politics that the "pro-life community is committed to ending abortion in Colorado."

He added that the conversations revolve around running a ballot measure in 2024 "similar to Proposition 115," which asked voters two years ago to ban abortion after 22 weeks of gestation, except when it is required to save the life of the mother.

Abortion-rights activists, meanwhile, are eyeing a measure to enshrine abortion rights in the Colorado Constitution.

In addition, Sen. Julie Gonzales, D-Denver, and Rep. Meg Froelich, D-Greenwood Village, said they intend to file legislation to protect Colorado abortion care providers and anyone who seeks abortion care in the state.

“We’re ready to do the work,” Gonzales said. “We’re not going to wait around for anybody. We’re going to use the power that we have because we have a Democratic majority in Colorado, and we’re beginning to draft legislation to continue to protect access for all Coloradans.”

Thousands of abortion-rights protesters marched into downtown Denver after converging at the state Capitol hours after the U.S. Supreme Court …