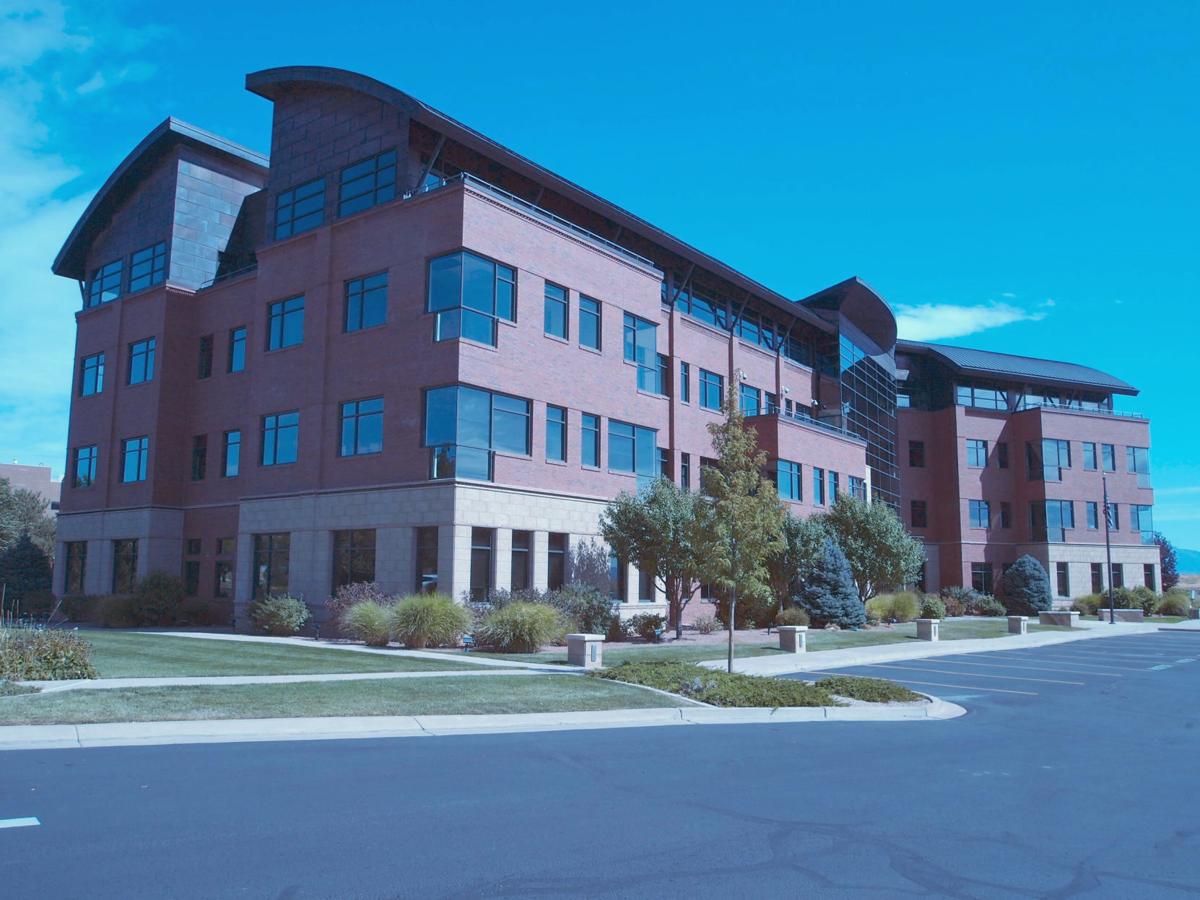 760 Horizon Drive in Grand Junction, future home of the headquarters of the Bureau of Land Management. 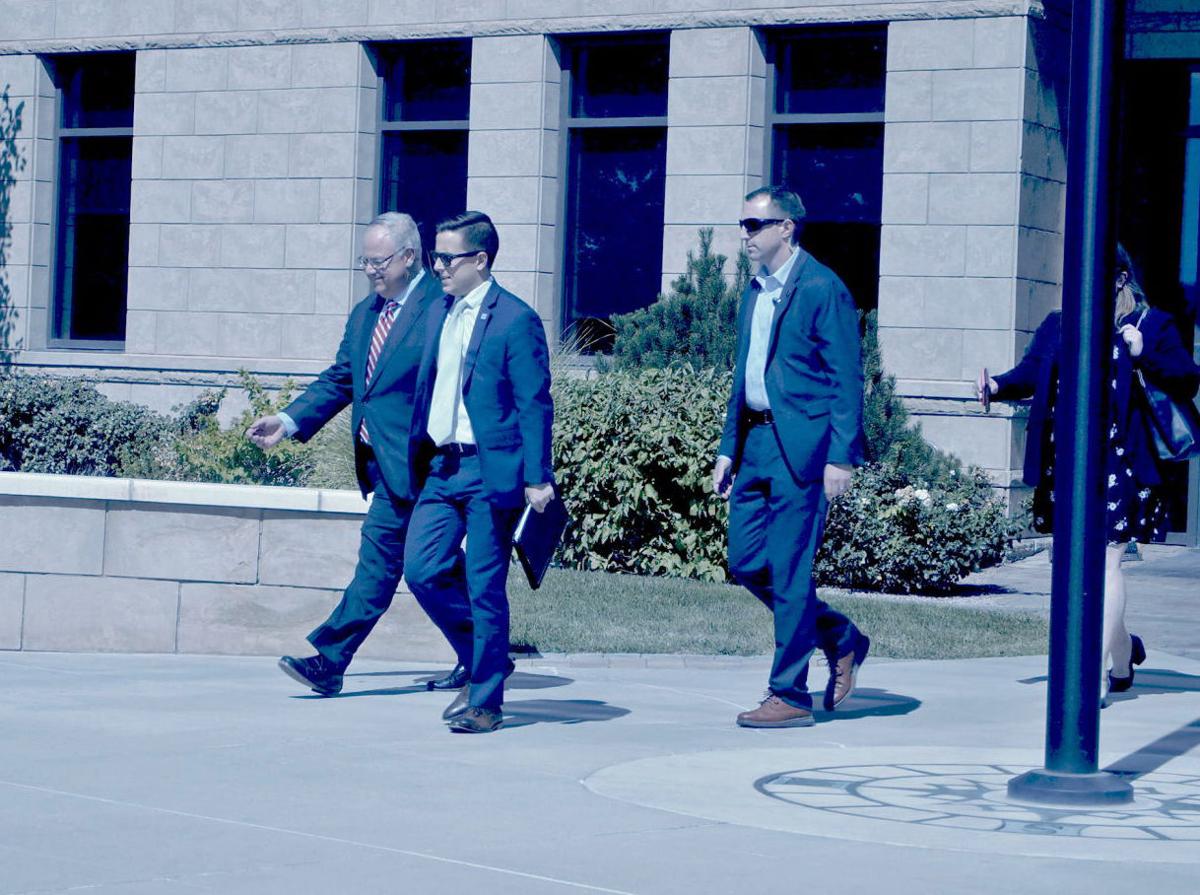 Secretary of the Interior David Bernhardt, far left, toured the office building in Grand Junction that is slated to become the future headquarters of the Bureau of Land Management in September. 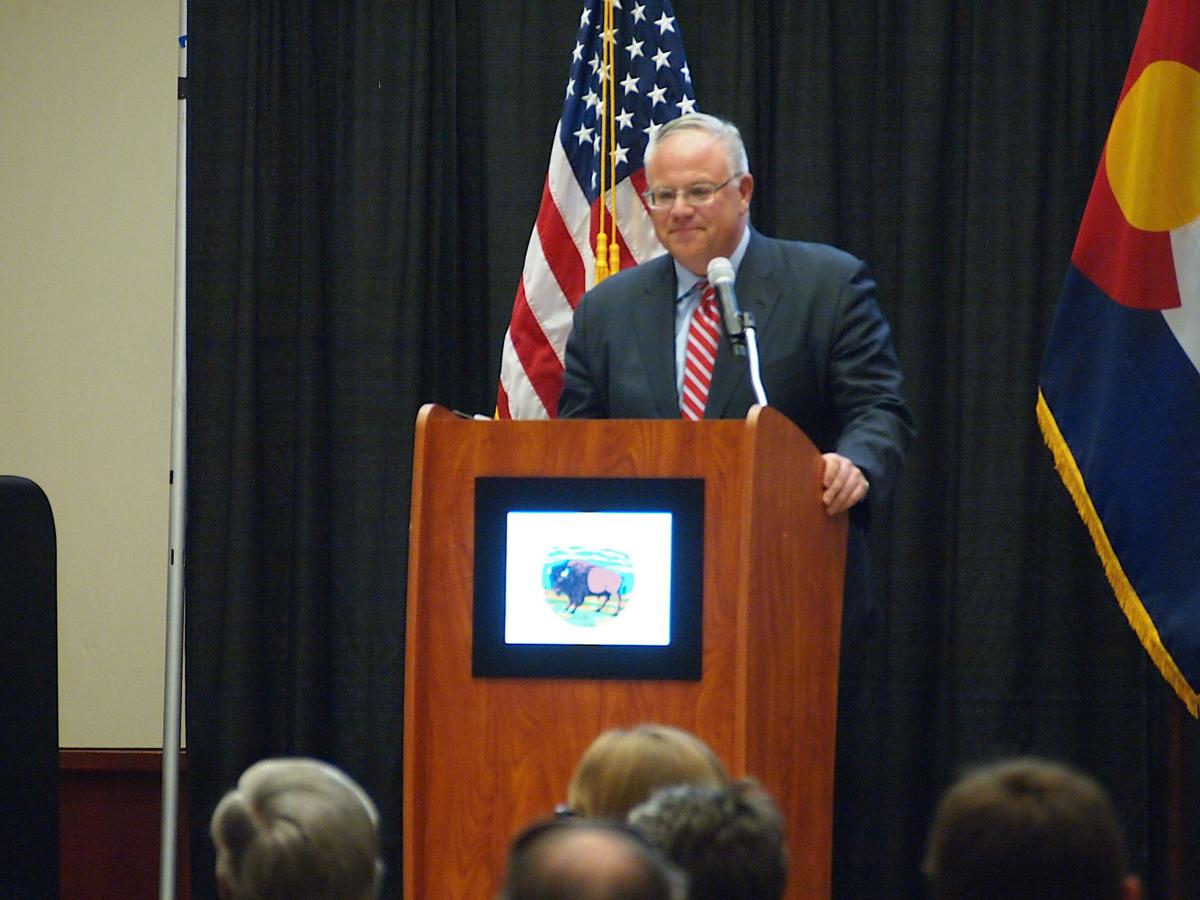 Secretary of the Interior David Bernhardt speaks to Club 20 in Grand Junction on Saturday, Sept. 21.

760 Horizon Drive in Grand Junction, future home of the headquarters of the Bureau of Land Management.

Secretary of the Interior David Bernhardt, far left, toured the office building in Grand Junction that is slated to become the future headquarters of the Bureau of Land Management in September.

Secretary of the Interior David Bernhardt speaks to Club 20 in Grand Junction on Saturday, Sept. 21.

GRAND JUNCTION • The office building with the curved roof that by year’s end could be the headquarters of the U.S. Bureau of Land Management is in an area lined with corporate hotels and fast-food restaurants.

Less than a mile north of the building sits Grand Junction Regional Airport, and beyond that, in a view that will greet BLM employees daily, are federal public lands governed by the agency.

On Saturday, the day after the BLM announced it had signed a lease for space in 760 Horizon Drive, Secretary of the Interior David Bernhardt was in Grand Junction.

He first spoke at the fall conference of Club 20, the 22-county organization of state and local government and business organizations, at nearby Colorado Mesa University.

And then he toured the building, including the vacant space on the third floor where the BLM is likely to take up residence.

A floor above is Chevron, the oil company which occupies the fourth floor. On the first floor are the Western Slope branch of the Colorado Oil and Gas Association and Laramie Energy.

Oil and gas companies' operations on federal lands are regulated by BLM and the Interior Department.

Other tenants include ProStar Geocorp, which provides mapping services to clients including oil and gas companies, as well as an insurance agency, a construction company and a software company.

Club 20’s fall conference on Saturday hosted federal and state representatives who all cheered the BLM move: Gov. Jared Polis, a Democrat; U.S. Rep. Scott Tipton, Republican of Cortez; and U.S. Sen. Cory Gardner, Republican of Colorado, who has pushed the idea of the agency’s move to Colorado for several years.

Bernhardt saluted all of them in his keynote address Saturday, praising Gardner and fellow Colorado Sen. Michael Bennet, a Democrat, for their bipartisan efforts to make the move a reality.

“With the heated rhetoric in Washington, people miss how important bipartisan support is,” Bernhardt said. “We had to have support from the governor,” he explained, and pointed out that Polis, while he represented the 2nd Congressional District, had co-sponsored 2017 legislation to relocate the BLM to Colorado that Tipton authored.

About 27 of agency’s top officials will make the move to Grand Junction; others will relocate to the Denver Federal Center in Lakewood, where another BLM office is located; still others will be scattered to other parts of the West.

Bernhardt said the agency will keep some of its personnel in Washington, D.C., such as the budget office and key congressional affairs staffers, who will move into the headquarters of the Interior department.

“Really great folks who hold jobs in Washington, D.C. are moving,” Bernhardt told the audience. “This is a big deal for them.”

Bernhardt added that now that the lease is signed, some will be traveling to Grand Junction in the near future to check out the new offices.

Nineteen positions tied to the Grand Junction office were posted on the federal jobs website this week, Bernhardt said. He mentioned two groups of people who will be part of the move West: the leaders of the wild horse and burro program (no wild horses and burros in Washington, Bernhardt said) and the officials who oversee the BLM’s national training center, which is located in Phoenix.

Tipton, the first speaker of the day, joked he was the warm-up act for Polis and Gardner. “Things are going swimmingly in Washington, D.C.,” he quipped about a Capitol in political turmoil.

As to the BLM move, Tipton said the move will put the decision-makers on the land they’re actually managing. He also believes more federal headquarters will make the move to the West.

Gardner told the Club 20 crowd that the move is important because it will result in better decisions. People also talk about how good the relationship is with BLM local field offices, Gardner said, “but something happens when that decision gets into the Beltway.”

Grand Junction and western Colorado “is the true national gateway to our public lands, and when western Colorado talks to businesses about relocating here,” having the BLM headquarters will be a selling point, Gardner said.

The move is opposed by former BLM managers and officials who believe it is intended to get rid of scientists and longtime agency employees who won’t make the move. It’s also drawing opposition from some congressional Democrats and tribal groups.

Gardner took questions from reporters after his remarks. “Is Washington, D.C. the only place they can do their job?” he said in response to a question about the number of BLM employees who are already out West -- one estimate is that 97% are already outside of Washington, mostly in state headquarters and field offices. Gardner noted that 99% of public lands are in the West, some 2,000 miles away from the nation’s capital.

He also responded to questions about whether it was appropriate for the BLM to be located in the same building as some of the oil and gas companies that lease federal lands for oil and gas from the BLM.

“Washington is infested with special interests,” Gardner replied. “You mean to tell me that BLM is insulated from that? They’re infested.”

“There are thousands of lobbyists in Washington,” he said, adding if the Sierra Club wants to be next door to the BLM, they can be next door.

Polis cheered the BLM move but said he hopes it leads to more than just the 27 jobs that BLM plans to locate in Grand Junction.

“As more details emerge, it appears that the entire BLM move may just be a thinly veiled attempt to dismantle the agency and weaken protections for public lands,” alliance spokesman Stephen Koenigsberg said.

The U.S. Bureau of Land Management has signed a lease agreement on office space in Grand Junction for its proposed new headquarters in Colorado.

U.S. Interior Secretary David Bernhardt was to be the main attraction at a fundraiser for the Colorado Republican Party in Westminster.

Top US land manager may stay in Washington

Acting bureau director William Perry Pendley said he would be among about 60 agency employees staying in the capital. Asked if that would create a leadership vacuum in Washington, Pendley replied: "I'll be here."

Assistant Secretary of the Interior Joe Balash has resigned, with his last day slated for Au…

BLM acting boss: Past support for US land sales is 'irrelevant'

A newly appointed Trump administration official with ties to Colorado said his past support for selling federal lands was "irrelevant," after his selection to oversee an agency managing nearly a quarter-billion public acres in the U.S. West drew a backlash.

The U.S. secretary of the Interior came home to Colorado to a warm welcome from those attending the 11th annual Freedom Conference, hosted by the conservative Steamboat Institute.

The Trump administration says that it can save taxpayers millions of dollars, make better decisions and trim a "top heavy" office in Washington by moving the headquarters of the nation's biggest land agency to Colorado and dispersing scores of jobs across 11 Western states.

BLM headquarters move to Colorado would add only about 85 workers

Grand Junction could gain as few as 27 jobs.

U.S. Sen. Cory Gardner of Colorado confirmed Monday that the Trump administration will seek to move the Bureau of Land Management headquarters to Grand Junction.

Colorado leaders say the Bureau of Land Management headquarters would be right at home in Mesa County.

The acting head of the federal agency overseeing 8.3 million acres of public land in Colorado has included 57 people and organizations — including many in Colorado — on a "recusal" list of potential ethical conflicts.

The U.S. Secretary of Interior has extended the tenure of the Trump administration's top steward of public lands, rebuffing calls by Michael Bennet and other Democrats for his termination.

He also wants to see more gates between Fountain and Pueblo for easier access to military bases.

The Bureau of Land Management has begun advertising its open positions for hire at the new Grand Junction location.

The vote was close: 51-40, mostly with Republicans in opposition because they see her as a threat to fossil fuels with her strident views on using public land for resources.

Secretary of the Interior Deb Haaland will be in Colorado later this week, and part of that visit could include a look at the Bureau of Land Management headquarters in Grand Junction.