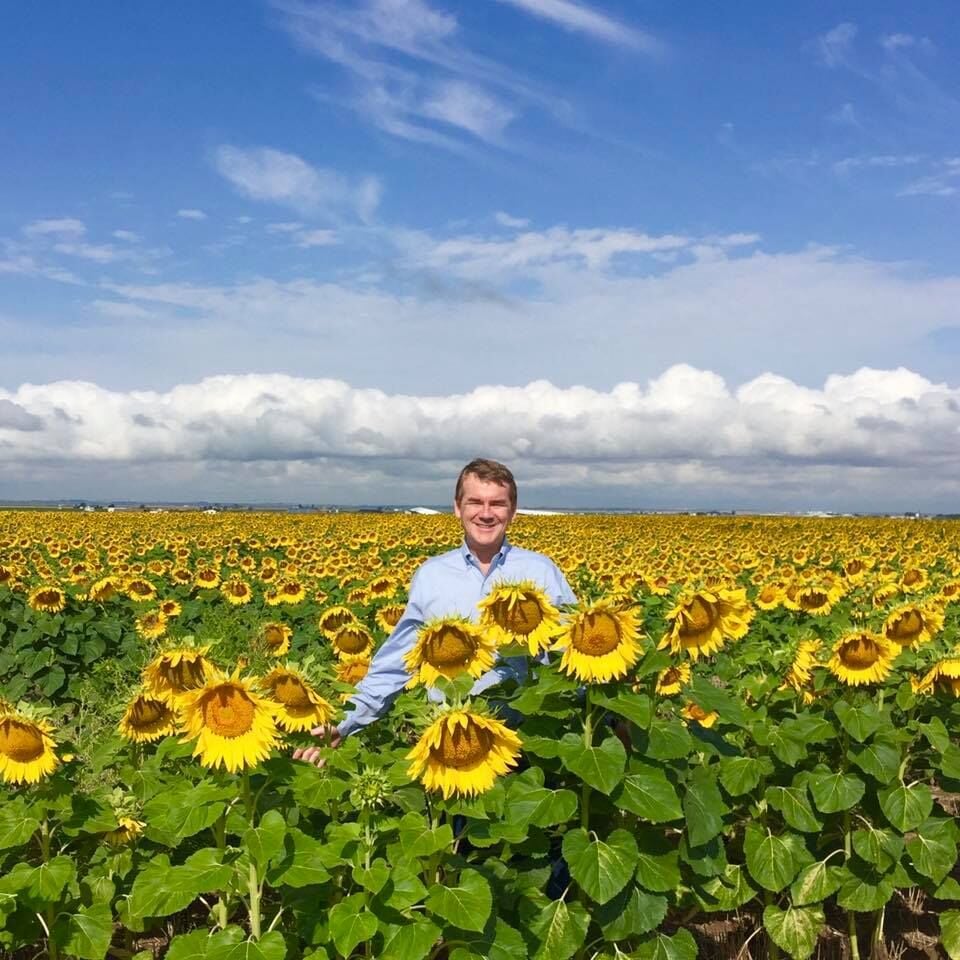 Sen. Michael Bennet stands in a sunflower field outside Yuma during his 2010 campaign. 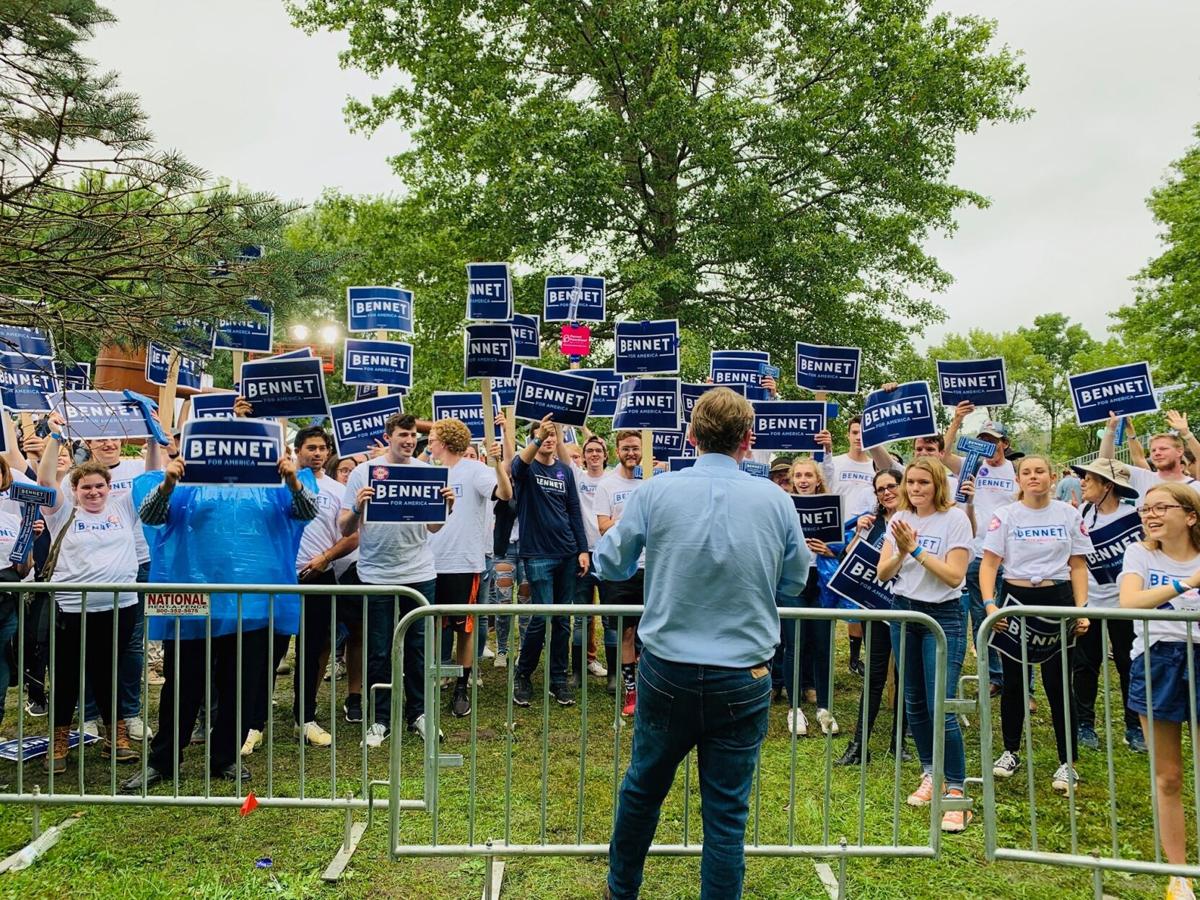 Bennett greets sign-waving supporters at a campaign stop in 2010.

Sen. Michael Bennet stands in a sunflower field outside Yuma during his 2010 campaign.

Bennett greets sign-waving supporters at a campaign stop in 2010.

So, 2020 is going to end just like it began, with Colorado’s Michael Bennet asking for money for his campaign.

At the start of the year, the U.S. senator was engaged in a longshot bid to win the Democratic nomination for president and his campaign regularly sent fundraising appeals.

“Hey — can you spare $5 for Senator Michael Bennet? We’re sorry to be so direct, but we extended our ad buy and now we’re racing the clock to raise enough money to keep our new TV ad on air,” one January missive read.

“If we fall short, we won’t be able to stay on the airwaves in New Hampshire.”

The Denver Democrat was my first choice for president, and I donated small amounts until he dropped out in March.

This month, Bennet made back-to-back appeals for donations for his U.S. Senate re-election — in 2022.

“Republicans are already organizing against me,” Bennet wrote to voters on Dec. 16. “Soon, Republicans will kick into overdrive, making beating me their top priority in Colorado.”

Yes, there are no election cycles anymore, just endless elections.

When people ask who is my favorite politician, I respond, “Ben Nighthorse Campbell.” Those who know me well look shocked. “Not former lawmaker Ken Kester? Not Congressman Ed Perlmutter? Or Sen. Lucia Guzman?”

They are high on my list, for sure. In fact, there are very few Colorado politicians I dislike. But Campbell won my heart when, without hardly any warning, he dropped out of his 2004 U.S. Senate re-election bid. The Democrat-turned-Republican from the West Slope was sure to win, making his decision all the more shocking.

That meant the open Senate race lasted only from March to November, a bonus for the press and the public. It was an intense nine months, to be sure.

Back then, primaries were held in August, so the Salazar vs. Coors head-to-head took only a few months. Coloradans split their ticket that November, re-electing Republican George W. Bush as president and Salazar as senator.

A year and a half before the election, the national media already was writing about all the Democratic candidates wanting to take on Gardner. Former state Sen. Mike Johnston had announced in January 2019. Politico called the primary a “free for all.”

Politico also said national Democrats were going to stay out of the race. We know that didn’t happen.

Like Bennet, Hickenlooper had launched a presidential campaign, but it was going nowhere so he dropped out in August 2019. At the urging of Minority Leader Chuck Schumer and his buddies, Hickenlooper then entered the Senate contest, a move that caused many but not all Democrats to drop out.

Gardner backed President Donald Trump, who was so unpopular in Colorado many believed a variety of Democrats could unseat the senator. National Democrats insisted it had to be Hickenlooper on the ballot.

The Schumer brain trust also encouraged Hickenlooper to ignore a subpoena from the state Ethics Committee over trips he had taken, falsely assuring Hickenlooper it would be a one-day story.

In Bennet’s recent appeal to voters, he talked about Hickenlooper’s victory and he reminded Coloradans of what happened in 2010, two years after Barack Obama won the presidential election and Democrats nationwide scored huge victories.

“Republican groups spent two years organizing and took back a huge number of seats in the midterm elections,” Bennet’s campaign wrote. “Michael barely survived that election, winning by under 2% of the vote in Colorado.”

True. Colorado Republicans scored impressive victories in 2010, knocking off two incumbent members of Congress, John Salazar and Betsy Markey, for the first time since 1964. The GOP unseated two state officeholders, Treasurer Cary Kennedy and Secretary of State Bernie Buescher, a feat that last happened during the Watergate era. And Republicans wrestled back the state House majority by a one-seat margin.

But Democrats took the two biggies, with Hickenlooper winning the governor’s race and Bennet the Senate contest although 106,000 more Republicans than Democrats voted in that election.

I first met Bennet in 2003 when he was working behind the scenes for Hickenlooper, a brewmeister running for Denver mayor. After his win, Hickenlooper tapped Bennet to serve as his chief of staff but two years later Bennet was gone, hired by the Denver school board as superintendent.

I got a kick recently out of stories about whether President-elect Joe Biden would appoint Bennet as education secretary. Bennet was a reformer and I know Denver teachers who still hate his guts.

Bennet’s next job would be an even bigger surprise. Gov. Bill Ritter in 2009 selected Bennet to fill the Senate vacancy created when Obama chose Salazar to serve as his interior secretary. Some fellow Democrats chafed at the unorthodox choice, and Republicans licked their chops at taking back the seat when Bennet had to run the following year.

Obama’s victory gave rise to the Tea Party movement, and Republicans were livid over the president’s health care plan, dubbed “Obamacare.” This was the atmosphere Bennet encountered as he visited rural Colorado. Kit Carson County residents ripped him a new one, but should have seen the look of pure bliss on the senator’s face when he walked into a sunflower field in Yuma County, and marveled at the beauty of Colorado in all parts of the state.

Six years later, Republicans nominated El Paso County Commissioner Darryl Glenn to take on Bennet. Glenn held Bennet’s margin of victory to less than 6 percentage points, but Trump gets some credit. He didn’t win Colorado in 2016, but enough supporters turned out that it kept Bennet’s numbers down.

The Colorado Republican Party is now in such disarray it’s hard to imagine who might take on Bennet and stand a chance of unseating him. But 2022 is the midterms, which in theory is supposed to make it harder for Democrats, although they are just killing it in Colorado.

And there’s Bennet’s history of tough races, which his own campaign concedes:

“Can Michael count on you to chip in to help protect his vulnerable seat? We need to start investing in our grassroots activist network early rather than later.”

Federal records show I donated close to $1,000 to Bennet during his presidential run, ranging from $100 to $10 contributions. Who knows? At some point in this long election cycle, a check might be in the mail.

“Our experienced campaign team will tell the story of our work to deliver for all Coloradans," Bennet said in a statement.