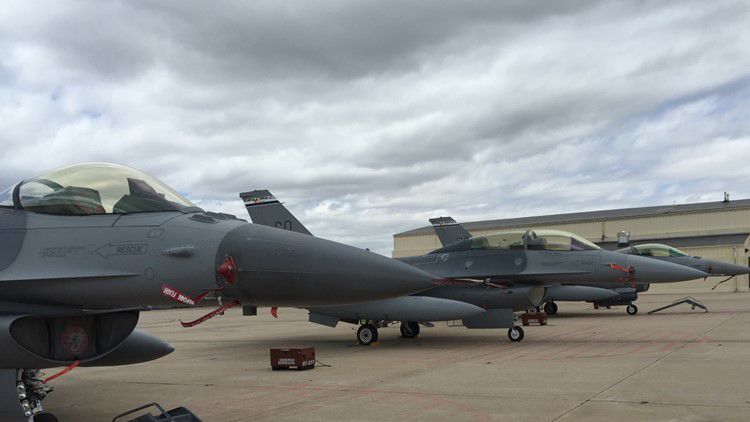 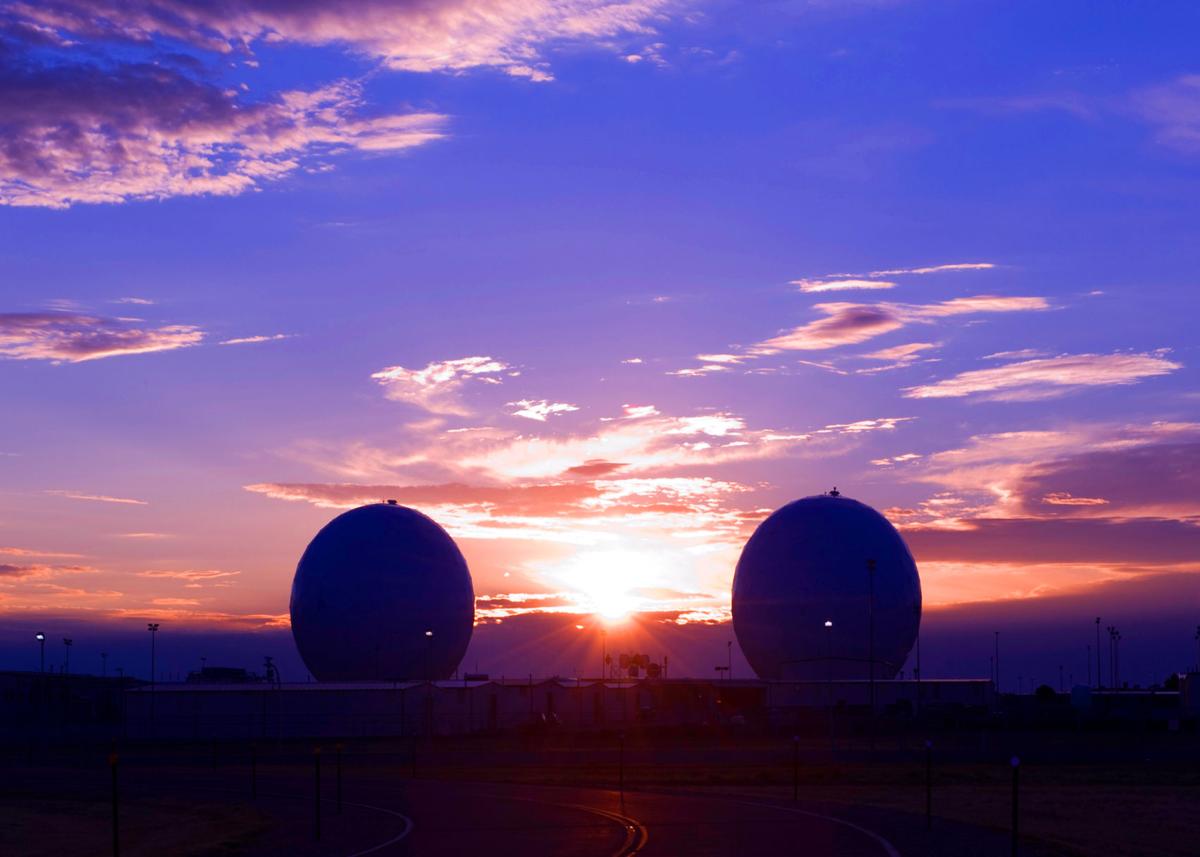 The distinctive “golf ball” domes at Buckley Air Force Base in Aurora are seen as the sun rises.

The distinctive “golf ball” domes at Buckley Air Force Base in Aurora are seen as the sun rises.

The biggest competitor Colorado Springs faces in its bid to keep U.S. Space Command in town might be just an hour's drive north.

Buckley Air Force Base, the last bastion of a vast military complex that kept the Denver-area economy humming through the Cold War, has many of the same characteristics the Pentagon finds at its bases in the Pikes Peak region, along with the hip creative culture that made the Army house its Futures Command in Austin, Texas.

"There's no doubt we have a strong case to make," said Aurora U.S. Rep. Jason Crow, a Democrat who serves on the House Armed Services Committee and is pushing Buckley's bid.

The command brings with it 1,400 troops who oversee the military's efforts in space and billions of dollars in military contracts that will accelerate the economy of any community it calls home. The new version of the command just celebrated its first birthday after Congress relaunched it. U.S. Space Command was housed in Colorado Springs through the Cold War but was shuttered after 9/11 and its missions shifted elsewhere.

Now, Colorado Springs has a six-year deal to house Space Command, which is provisionally based at Peterson Air Force Base as the Pentagon mulls other options.

So far the Interstate 25 rivalry for the command has been a friendly one. Colorado Springs and Aurora officials have worked together to woo the Pentagon, and Gov. Jared Polis, like a father with two adored children, has refused to pick a favorite and is backing both.

“The Air Force should make the smart choice and select Colorado as the permanent home of U.S. Space Command," Polis said in an email last week. "Whether it’s our resilient economy, our proud military heritage, our thriving aerospace industry, our terrific schools, or our highly educated workforce and esteemed research institutions, Colorado truly has it all.”

Even Crow sounded a friendly tone.

"I think Springs has a strong case to make, too," he said.

But as the Pentagon closes in on finalists, with bids from Aurora and Colorado Springs among the dozens from cities in 25 states, the Front Range competition is heating up.

And Buckley has the hallmarks of being a front-runner.

It has traditional space units, with Space Delta 4, which changed its name a few weeks ago from the 460th Space Wing. The Delta, a moniker used by the new Space Force, oversees sensitive infrared satellites arrayed around the globe that can spot missile launches and are playing a global role in intelligence gathering thanks to sensors that spot heat on the planet's surface.

Buckley also houses the Aerospace Data Facility, a blandly named outfit that serves as a key conduit and clearinghouse for information gathered by spy satellites for agencies including the National Reconnaissance Office and the National Security Agency.

With the Pentagon's growing interest in building partnerships between Space Command and spy agencies, Buckley could prove alluring.

Crow said Buckley also has something Colorado Springs possesses but most Space Command suitors lack: plenty of workers familiar with satellites, rockets and the other tools of space.

With entrepreneurs, tech startups, and Amazon's growing tech center, the Denver metro also brings a cool factor. Defense Secretary Mark Esper, who could have big sway on the Space Command decision, leaned toward cool places in his last job as Army secretary.

Austin is the home of Whole Foods Market and a Texas-sized technology economy incorporating firms like game-maker Blizzard Entertainment and computer-manufacturer Dell.

"We needed to immerse ourselves in an environment where innovation occurs, at speeds far faster than our current process allows," Esper said of the Austin pick.

In Colorado Springs, where military money makes up 40% of the local economy and building the local portfolio of military space missions has been a local pastime since the 1970s, local leaders admit Buckley makes a strong case.

But Reggie Ash, who heads defense programs for the Colorado Springs Chamber of Commerce & EDC, said the Pikes Peak region should still soar past the competition.

"What our community offers is so strong," Ash said.

Colorado Springs is home to the bulk of troops in the 13,000-member Space Force and also has the Air Force Academy, the nation's premier institution for training space officers.

“With our strong and secure existing military infrastructure, our abundant cybersecurity resources, extensive intelligence and military talent, and as a community that has long supported the U.S. armed forces, there is simply no other city that offers the same cost savings, community support or operational readiness," Colorado Springs Mayor John Suthers said in an email.

The Pentagon plans to winnow down a list of finalists this fall and make its decision in 2021.

Lt. Gov. Dianne Primavera said the Pentagon's top choice should be Colorado, even if she won't pick a favorite town here.

"We offer the Air Force an unparalleled ecosystem that will ensure the operational success of U.S. Space Command for decades to come," she said in an email. "We are the past, present, and future of the mission.”

U.S. Sen. Cory Gardner is among a bipartisan group of four western lawmakers that has established a U.S. Senate Space Force Caucus to raise awareness of the operations of the newest branch of the military, established last year.