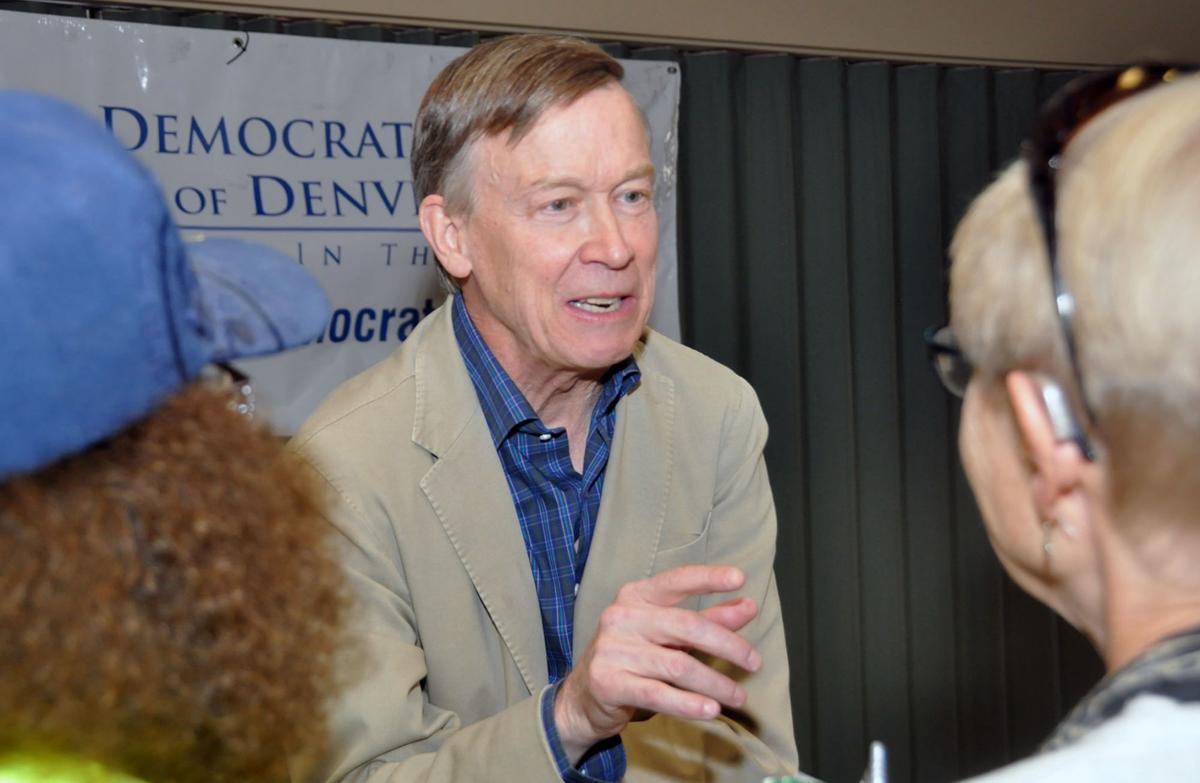 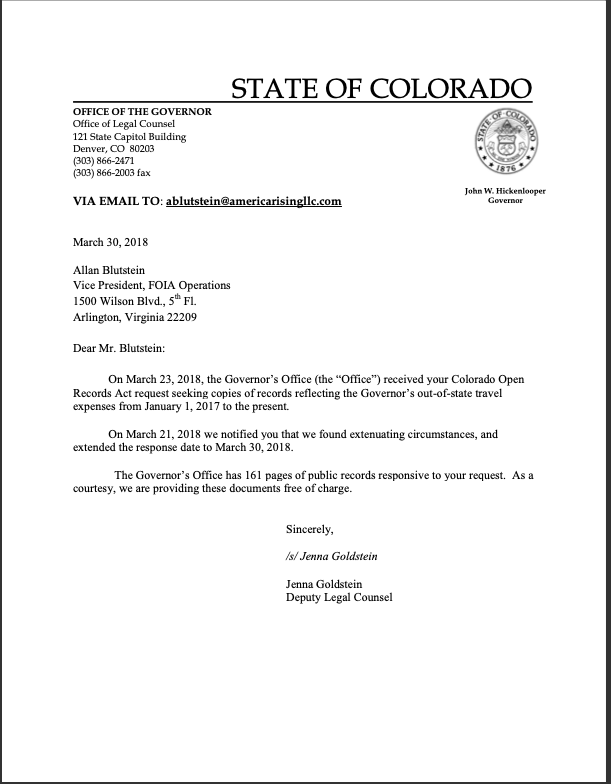 Response from Hickenlooper office on CORA for travel documents to America Rising PAC Allan Blutstein, who is in charge of the organization's open records and FOIA division. 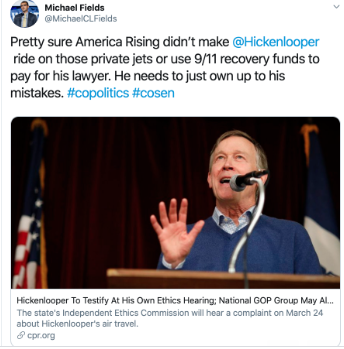 The Colorado Ethics Commission will issue subpoenas for a handful of state officials in preparation for the March 24 hearing on the ethics complaints filed by the Public Trust Institute (PTI) against former Gov. John Hickenlooper.

One subpoena that won’t be issued, however, is one for PTI’s Frank McNulty, the former Republican Speaker of the House who formed the institute two days before filing the first complaint. The ethics commission, on a unanimous vote, turned down that request.

Hickenlooper’s attorney, Mark Grueskin, told the commission Tuesday that they wanted to call McNulty as a witness to find out who’s really behind the complaint. According to Grueskin's motion, they want McNulty to "produce documents related to third party participation (emphasis added) in the research, preparation, or characterization of allegations in Complainant’s exhibits and pleadings in this matter," as well as correspondence between McNulty and whom they allege is behind the complaint: the national Republican opposition firm America Rising.

Those documents, according to the Hickenlooper campaign, became the foundation for the ethics complaint filed by the Institute in October. McNulty has refused to say who funds the institute or who’s behind the complaint. The campaign is not alleging there is anything illegal about America Rising's involvement.

A tracker and opposition researcher for America Rising, Derrick Pitts, videotaped Tuesday’s ethics commission hearing, which was not recorded by the commission nor available via phone to the public due to a change in room location.

America Rising touts its success at going after Democratic candidates, including 2016 presidential candidate Hillary Clinton. A 2018 Politico report said the group was attempting to exploit weaknesses in Democratic candidates who would challenge President Trump in this year’s election; at the time, Hickenlooper was a presidential contender. The organization claimed it filed 2,749 open records requests in all 50 states and D.C. in 2018.

A Jan. 29 tweet by Michael Fields, the executive director of Colorado Rising PAC, addressed news that America Rising was behind the complaint. The tweet said "pretty sure America Rising didn't make Hickenlooper ride on those private jets." The tweet was later deleted.

Among America Rising’s biggest donors: Republican mega-donor John Childs of Florida, who was charged a year ago in a prostitution sting that also drew in Robert Kraft, the owner of the New England Patriots. Childs denies the allegations and has not yet gone to trial.

The state officials whom the commission authorized subpoenas for on Tuesday include Will Toor, director of the Colorado Energy Office and John Putnam of the Colorado Department of PUblic Health and Environment. Both are being sought by the institute. The two are tied to the state's low-energy emissions program, which the institute claimed is tied to travel Hickenlooper took that was paid for by the brother of Tesla founder Elon Musk.

State Controller Bob Jaros also is being issued a subpoena, tied to comments he made that Hickenlooper did not receive a personal benefit from some of the flights he took, given that the state would have paid for them anyway, according to Suzanne Staiert, the institute’s executive director and a Republican candidate for Senate District 37 in Centennial.

The hearing, scheduled for 8 a.m. on March 24, is expected to last throughout the day. Once the two sides have presented their arguments and witnesses, the commission will deliberate in public, which could continue into March 25.

McNulty filed the first complaint against Hickenlooper on Oct. 12, 2018, alleging the governor had flown on private planes and jets owned by corporations, and accepted travel expenses paid for by corporations, a violation of Amendment 41. A second complaint was filed on Nov. 29, 2018.

Among its provisions, the amendment, approved by voters in 2006, limits gifts to elected officials. In 2018, that limit was $59. The commission raised it to $65 last year.

In March 2018, the complaint alleged, Hickenlooper accepted private plane travel and hotel lodgings in Connecticut from MDC Holdings for the commissioning of the USS Colorado. Other travel alleged to be in violation of Amendment 41 include trips to New Jersey, New York and Dallas. Hickenlooper has denied the allegations, calling them frivolous and a political stunt.

State Sen. Bob Gardner, R-Colorado Springs, will also be called as a witness for the institute for the March 24 hearing. Gardner was part of the delegation that traveled to Connecticut for the USS Colorado commissioning, according to Staiert.

The complaint, lodged by the Republican-based Public Trust Institute, alleges Salazar violated Amendment 41's provision that bans lawmakers from lobbying in Colorado for two years after leaving office. Salazar represented House District 31 from 2013 through the end of 2018.