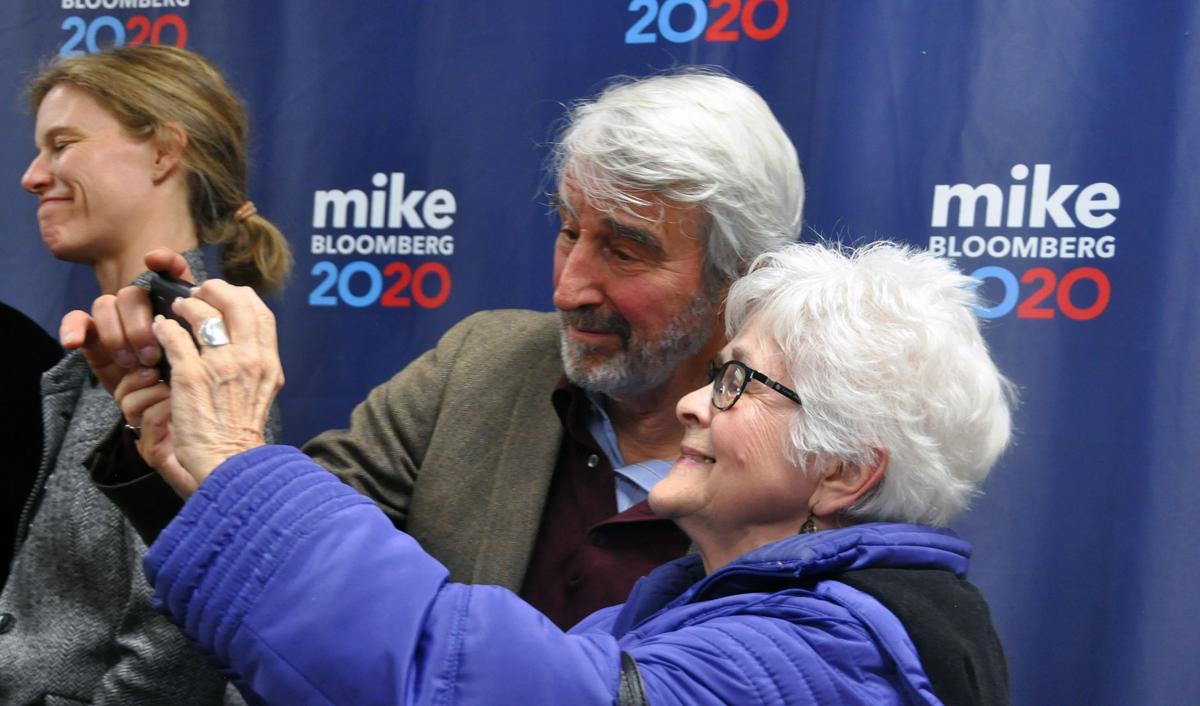 Actor Sam Waterston, center, takes a selfie with Joann Smith of Auorra after speaking at the opening of an office for Democratic presidential candidate Mike Bloomberg's campaign in Aurora, Colo., on Sunday, Feb. 9, 2020. Antha Williams, Bloomberg's senior advisor on climate and energy, is at left. 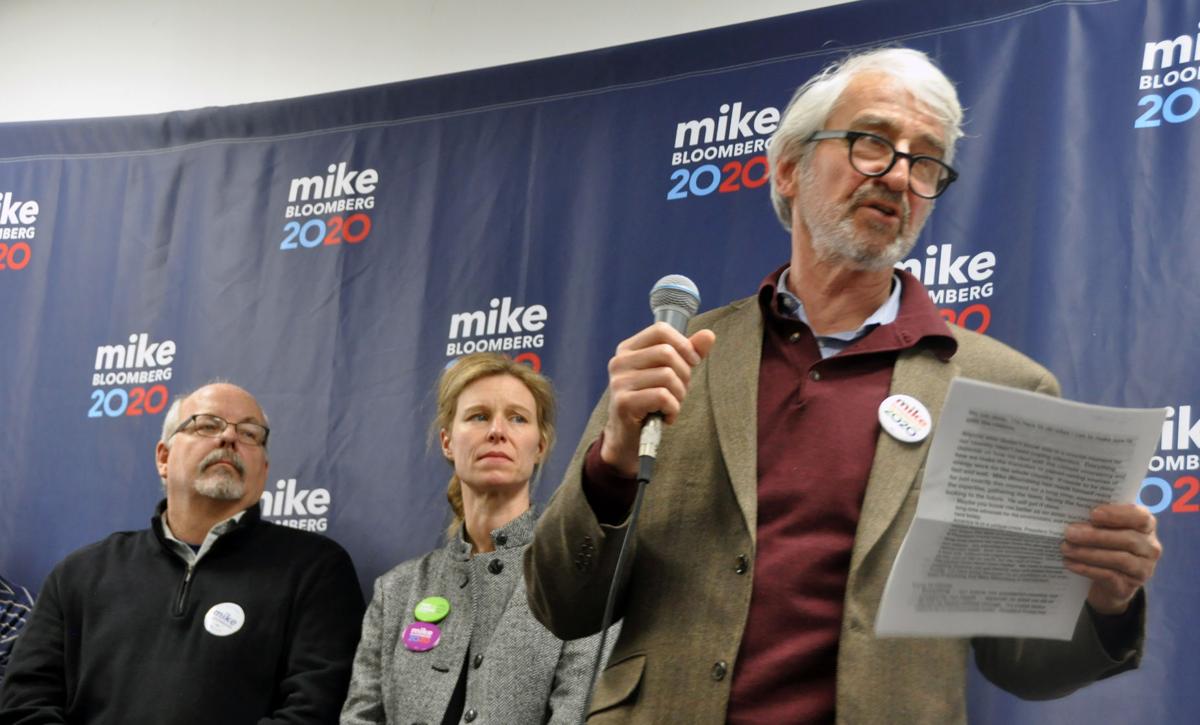 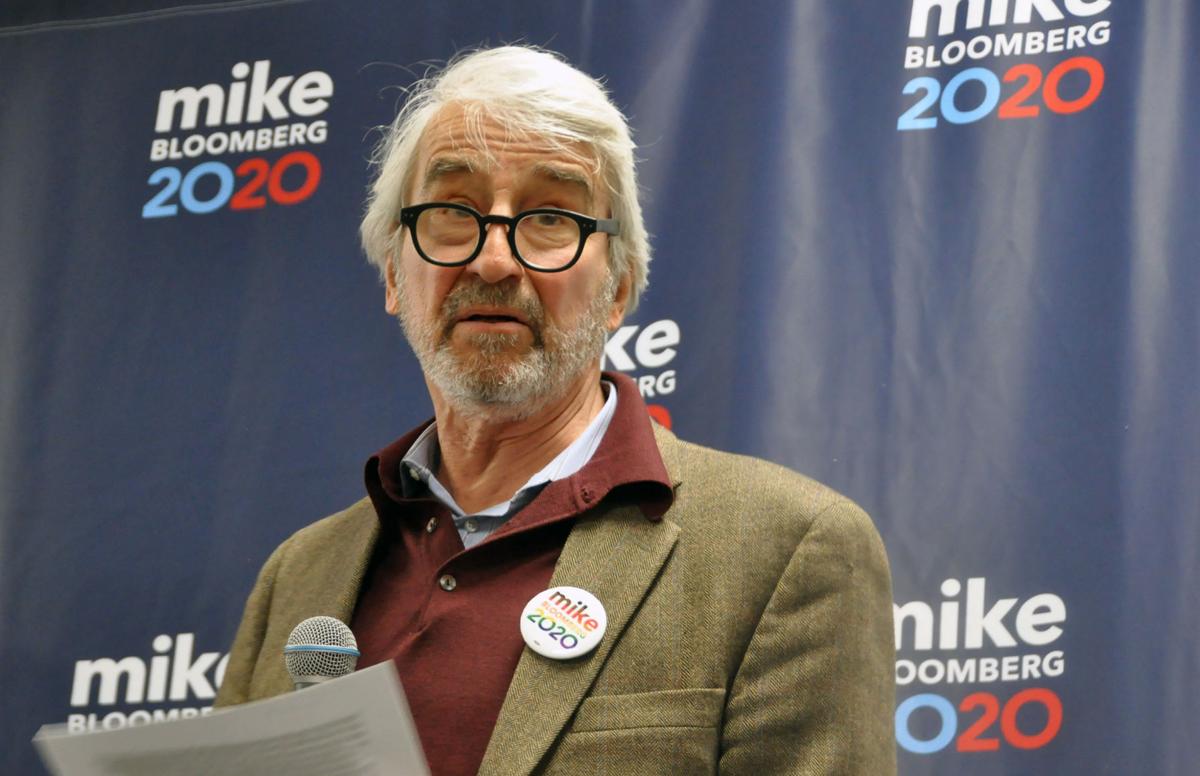 Actor Sam Waterston, center, takes a selfie with Joann Smith of Auorra after speaking at the opening of an office for Democratic presidential candidate Mike Bloomberg's campaign in Aurora, Colo., on Sunday, Feb. 9, 2020. Antha Williams, Bloomberg's senior advisor on climate and energy, is at left.

"Anybody who doesn't know that this is a crucial moment for our country hasn't been paying attention" the actor said to about 300 people packed into a storefront campaign office in an Aurora strip mall.

Bloomberg is one of 14 active Democratic presidential candidates whose names appear on mail ballots that start going out to Colorado voters on Monday.

Waterston, who played prosecutor Jack McCoy for 16 seasons on "Law & Order," said he witnessed firsthand "what one public-spirited man could get done, even in a city as big and impossible to manage as New York is," when Bloomberg ran the city during the latter part of Waterston's tenure on the NBC drama.

"Mike Bloomberg showed us how it's done, how a city can prosper and become fairer for everyone, both at the same time," Waterston said, reading from a prepared speech.

He added: "I used to think of my character on 'Law & Order' as a happy warrior, but he was just a character on a show. Mike Bloomberg has that kind of character in real life."

Waterston, a member of the board of Oceana, a nonprofit devoted to protecting the oceans, tore into the Trump administration "and his wholly owned Republicans in Congress," calling them "an existential threat to our future the likes of which we have never seen."

If Trump wins a second term, he said, "our environment will wear scars from it that will, without the slightest exaggeration, hurt us all and all the rest of life on earth for the rest of time. The stakes have never been higher."

"Mike knows the scale of the problem we're facing, especially in light of the Trump administration's shameful environmental actions," Waterston said. "He's already in the fight; he's never stopped working on it. It's the kind of work he enjoys, solving big problems, and he will not back down."

Nominated for an Academy Award for his role in 1984's "The Killing Fields," Waterston stars with Jane Fonda, Lily Tomlin and Martin Sheen in the Netflix series "Grace & Frankie." He was arrested in October and again in January at climate protests organized by Fonda in Washington, D.C.

"Climate change is something we can't wait on anymore," said state Rep. Tom Sullivan, D-Centennial, a Bloomberg endorser, at the Aurora event. "We need people who, number one, believe in it, because apparently there's a group of people out there who don't believe in it."

Before he introduced Waterston, Sullivan reminded the crowd of their proximity to the movie theater where his son Alex was among 12 victims killed in July 2012 in a mass shooting.

Jessica Price, an Aurora leader of Moms Demand Action, a gun-control group funded by Bloomberg, said she wanted to hear from as many Democratic candidates as possible before deciding who gets her vote.

"We're just here listening, still kind of figuring out what everyone has to say about gun violence prevention," she said.

"It's been a really exciting time watching all the presidential candidates making this one of their top issues. It's a huge shift. This is something that is making a huge difference, continuing to have this conversation."

Joann Smith, an Aurora Democrat, said after posing for a selfie with Waterston the she was "tending" toward supporting Bloomberg but said, "It's a difficult election."

Colorado's presidential primary ballots will be counted on March 3, known as "Super Tuesday" because another 14 states and territories vote the same day.

Bloomberg is pouring money into Colorado, with nine field offices open up and down the Front Range and dozens of staffers, on top of millions of dollars in television and digital advertising targeting state voters.

As Colorado's primary nears, presidential candidates and their campaigns have begun to focus on the state.

Julian Castro revs up canvassers for Warren in Denver

In the Republican primary, Trump is facing former Massachusetts Gov. William Weld and three other, relatively unknown challengers. The president plans to campaign with U.S. Sen. Cory Gardner in Colorado Springs on Feb. 20.

Ernest Luning: Colorado voters are going to begin doing something they haven’t done in 20 years: cast ballots in a presidential primary.