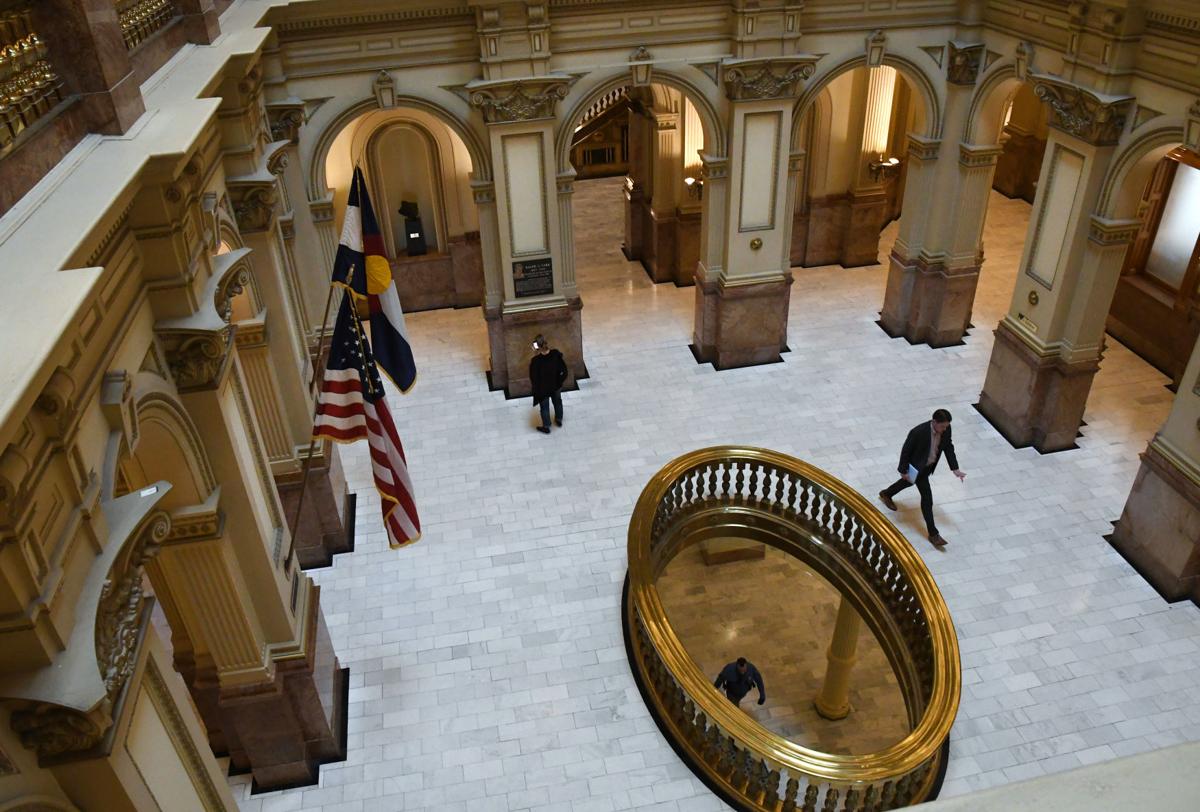 DENVER, CO - MARCH12: Visitors pass through on the first floor inside the Colorado State Capitol building on March 12, 2020 in Denver, Colorado. (Photo By Kathryn Scott) 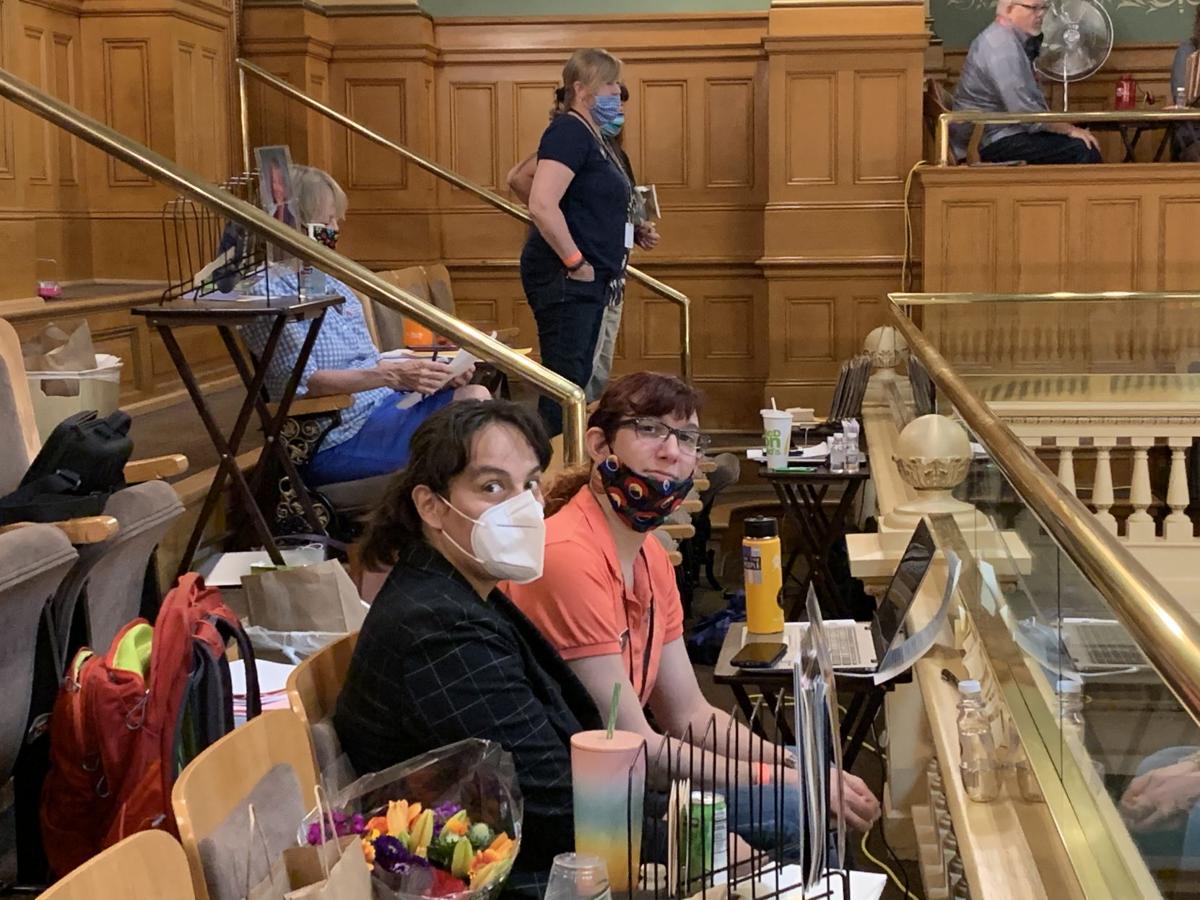 As part of their efforts on social distancing, some Democratic lawmakers in the House have been "officed" in the House's third floor gallery. Rep. Brianna Titone of Arvada (pictured), Rep. Tom Sullivan of Centennial, Rep. Meg Froehlich of Greenwood Village and Rep. Dafna Michalson Jenet of Aurora. 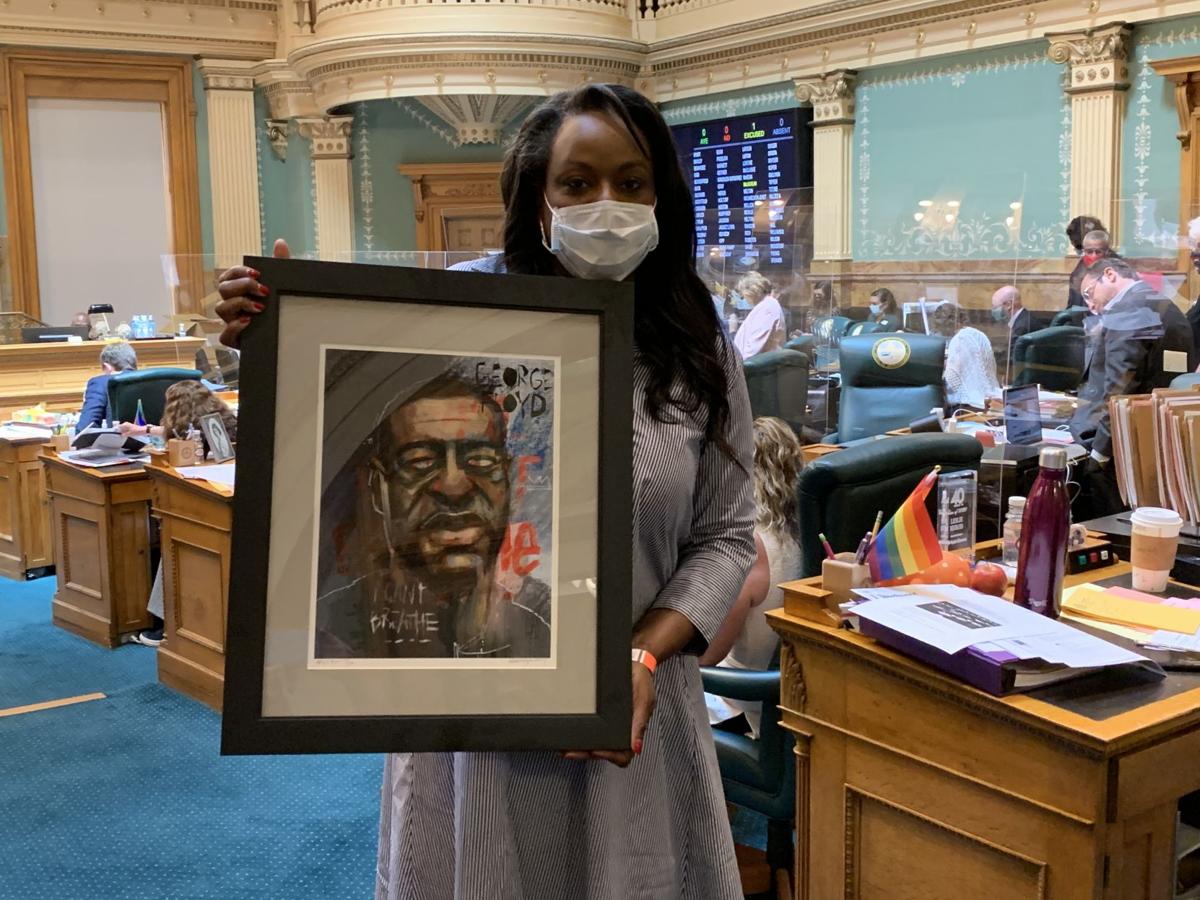 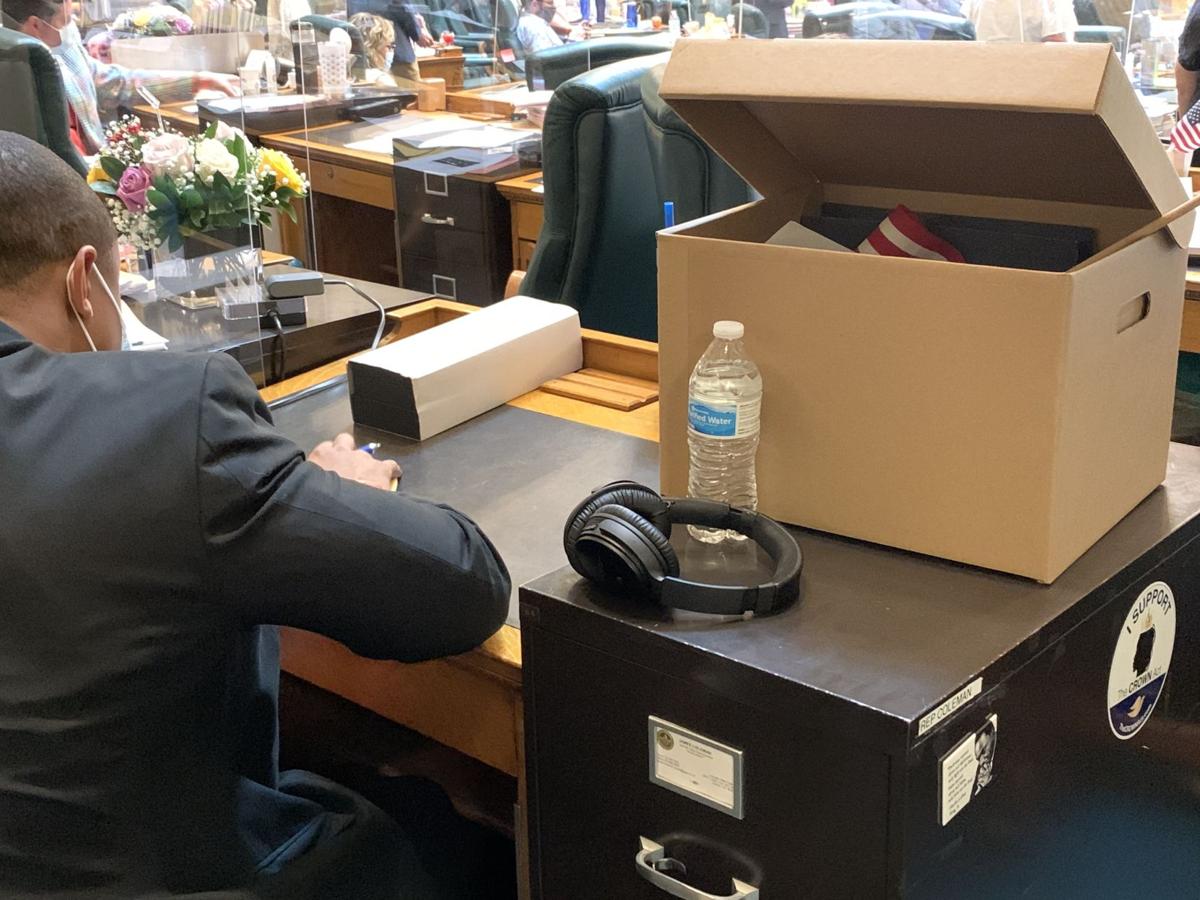 Democratic Rep. James Coleman of Denver prepares to box up his desk. He's running for the state Senate in November.

When the General Assembly meets Monday, June 15, the 85th and — for now — projected final day of the 2020 legislative session should be relatively short.

Senate lawmakers worked into Saturday evening to give preliminary approval on some of the last bills left on the calendar, including a tax bill, a measure on housing assistance and axing more than a dozen bills left over from the beginning of the session, some 160-plus days ago.

The Senate has fewer than a dozen measures requiring a final vote Monday, most notably House Bill 1420, the tax bill that was dramatically whittled down Saturday night in an agreement primarily with the governor and in hopes of staving off a threatened veto. If adopted, the bill will have to head back to the House for their vote on Senate amendments.

Senate lawmakers also have a short list of House amendments to Senate bills to consider, including the refinancing of the reinsurance program. The House on Friday made sweeping changes to the bill, cutting the fees charged to health insurance providers as well as to hospitals, and extending the program another four years.

The House's Monday calendar is considerably lighter, a change from previous years when the House is usually the last to finish. The calendar includes three measures awaiting second reading and preliminary approval, including one of the budget-balancing bills that would transfer tobacco settlement cash to the general fund. But unless the General Assembly meets on Tuesday or thereafter, those three measures will die on the calendar.

However, failure to pass the budget-balancing bill, House Bill 1373, won't blow a hole in the budget. It would have taken $17.7 million in tobacco settlement cash that goes toward cessation and other programs and moved those dollars into the general fund for Medicaid spending. The bill's fiscal note said that it has a "net-zero cash fund impact."

The House's light Monday agenda also includes a half-dozen resolutions, including a recognition from the House Republicans caucus on the importance of the state's senior and disabled veterans homestead exemption program.

An announcement Saturday from Democratic Sen. Brittany Petterson of Lakewood indicated the Senate, which gavels in at 10 a.m. Monday, hopes to be done by noon.

Both the House and Senate in recent days have done tributes to departing members. That's nine in the Senate, including Sen. Lois Court of Denver, who resigned in January due to illness. Thirteen members of the House — term-limited or running for other offices — won't be back next January.

What didn't happen at the end of the session: Hummers, the annual House skit when the minority party pokes fun (and they would have had a LOT of material this year) at the majority party. It also appears unlikely that the annual rubber band ball competition in the Senate will take place, when senators who have been collecting rubber bands all session take those balls — nearly a foot in diameter or more — and drop them from the third floor of the Capitol. It used to take place in the Capitol dome, but that came to an end last year when then-Chief Clerk of the House Marilyn Eddins put her foot down, after spending significant funds to restore the period-era light covers on the Capitol's first floor staircase.

Senate Democrats on Saturday night announced a deal on a controversial tax bill intended to boost K-12 education funding but that was roundly opposed by business groups, and the bill won preliminary approval.