Road builders and ranchers to pipefitters and land planners, 36 Colorado groups are calling on the state legislature to hammer down on transportation spending near the midpoint of the General Assembly in Denver.

“We do have faith that the legislature can break through the many years of ‘perfection or nothing’ politics that have dominated this space,” Mike Kopp, president and CEO of Colorado Concern, said in a statement accompanying the letter to lawmakers. 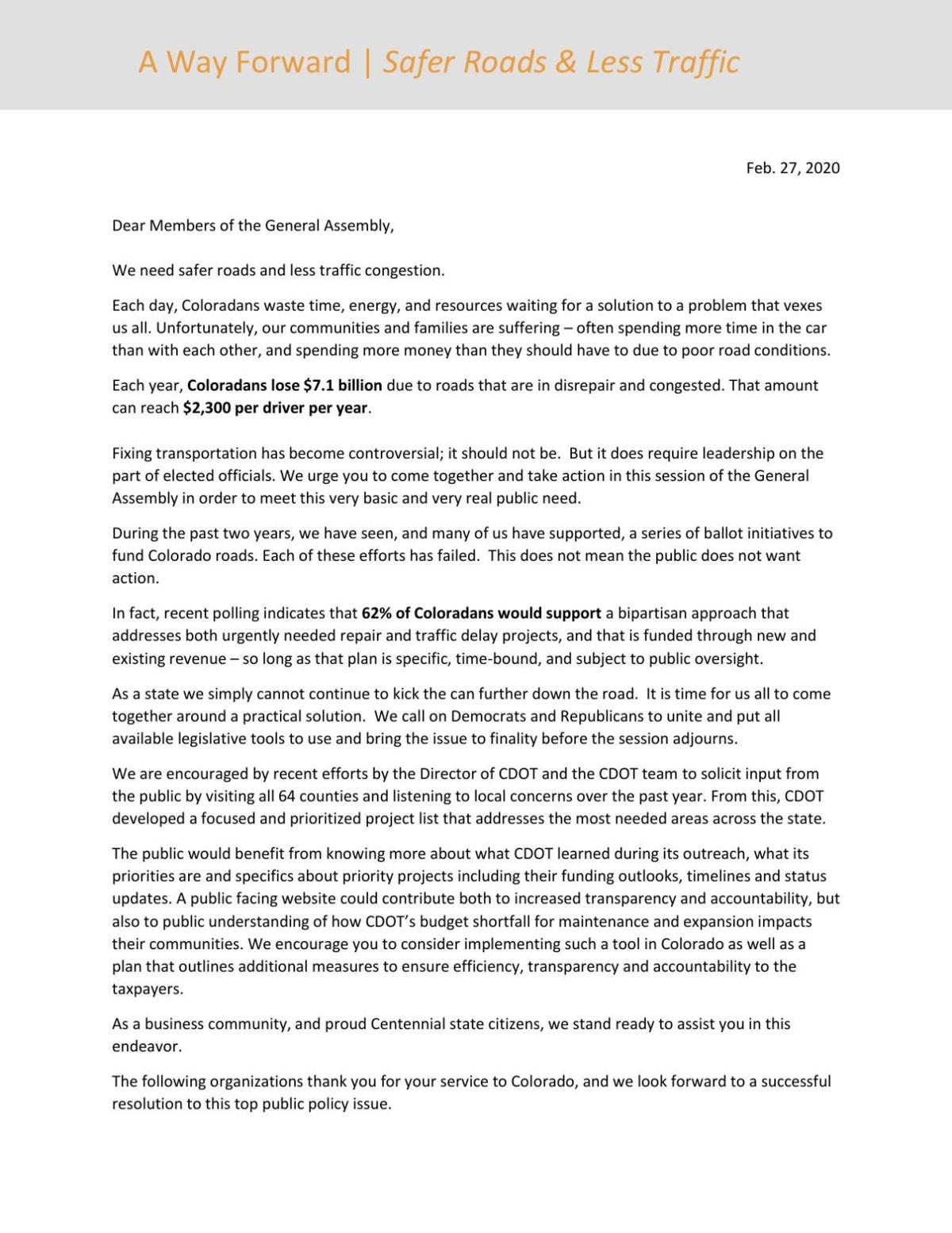 “We believe that every Colorado legislator would like to see a bill pass in both houses and go to the Governor’s desk in the coming weeks. It can be done and Coloradans will applaud the leaders who make it happen.”

This spring the public is expected to get a look at Gov. Jared Polis' long-range transportation strategy.

The Colorado Department of Transportation conducted a listening tour last year to collect input across the state to formulate it.

Polis is pressing ahead on environmentally friendly proposals, including broadening the market and viability of using electric cars and other steps to cut air pollution.

He also favors a Front Range commuter rail, but pragmatists say the state doesn't have that kind of cash.

Gov. John Hickenlooper's administration says the state needed $9 billion in transportation investment in the coming decade to keep up with growth.

Lawmakers, however, have split along party lines in finding a funding formula. Three times in the last two years voters statewide have rejected proposals to steer money into transportation, including raising taxers and giving up refunds under the Taxpayer's Bill of Rights.

"Fixing transportation has become controversial; it should not be," the letter states. "But it does require leadership on the part of elected officials. We urge you to come together and take action in this session of the General Assembly in order to meet this very basic and very real public need."

Sandra Hagen Solin of Fix Colorado Roads, the statewide coalition that's been pushing the transportation funding issue for years, said Thursday that all sides need to be at the table.

“Funding transportation is an all-hands-on-deck, quality of life issue for Colorado," she said. "The time for a simple, modern and fair plan is now. “

The groups signing the letter to the legislature are: