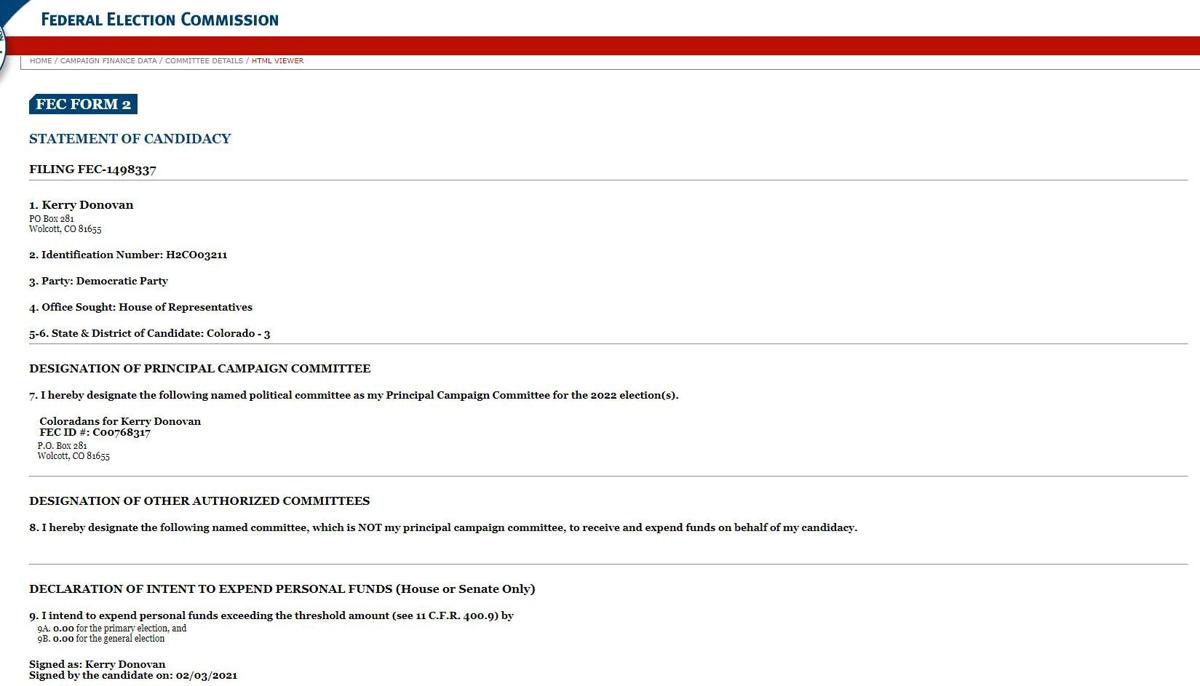 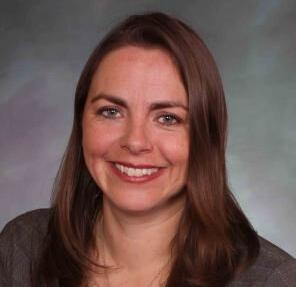 Donovan becomes the third Democrat to file for the 2022 election and the most high profile among the candidates already in the hunt. Although she has previously listed her address as Vail, the FEC filing shows a mailing address in Wolcott, which is about 20 miles west of Vail.

Whether Eagle County, home to both Vail and Wolcott, will still be in the 3rd Congressional District after redistricting later this year is a major question. Donovan has not yet returned a call for comment.

Boebert has drawn massive criticism, both in Colorado and nationwide, for everything from filing for more than $22,000 in mileage expenses during her campaign, to her actions during the Jan. 6 insurrection at the U.S. Capitol in which she was accused of tweeting the location of Speaker of the House Nancy Pelosi, to her association with paramilitary groups such as the ThreePercenters.

It's made the CD3 race one of the hottest in the country early on.

Donovan was re-elected to her second term in the Colorado Senate in 2018. She's a rancher whose family has been part of Eagle County for decades. She chairs the Senate Agriculture and Natural Resources Committee and was chosen as President Pro tem of the Colorado Senate in November. She's married to Shad Murib, the state director for Democratic U.S. Sen. John Hickenlooper.

Two other Democrats have filed for the seat: Gregg Harrison Smith of Westcliffe, formerly the CEO of Frontier Services Group, which was founded by Erik Prince, the former head of Blackwater Worldwide. According to voting records, Smith was unaffiliated when he was a resident of Summit County, but according to 9News, changed his party registration to Democrat just a few days before filing for the CD3 seat.

He's gotten a lot of attention on Twitter, with his candidacy retweeted by celebrities that drove up his followers to nearly 200,000 in a matter of days. But he's also taken criticism from Democrats in the 3rd Congressional District because he has no track record with the party.

Colin Wilhelm, a Glenwood Springs attorney who lost a race for House District 57 last November to Rep. Perry Will, R-New Castle, also has filed to run for the 3rd CD from the Democratic Party.

The Colorado GOP, in a statement Wednesday afternoon, said "Kerry Donovan is simply a knockoff version of Elizabeth Warren, the candidate she endorsed for president. Donovan's support for Warren and her far-left policies would guarantee that hardworking families would see their taxes increase and ensure the Democrat's anti-energy, job destroying Green New Deal would finally become law.

"We look forward to beating Senator Donovan in the general election, if she manages to get that far."

"Being a true steward of the land is in my blood," his announcement stated. "Wild conspiracy theories won’t protect our water, expand rural health care or improve our schools."

In a campaign video released Thursday, Donovan took aim at Boebert's notoriety as a pistol-packing defender of the Second Amendment.