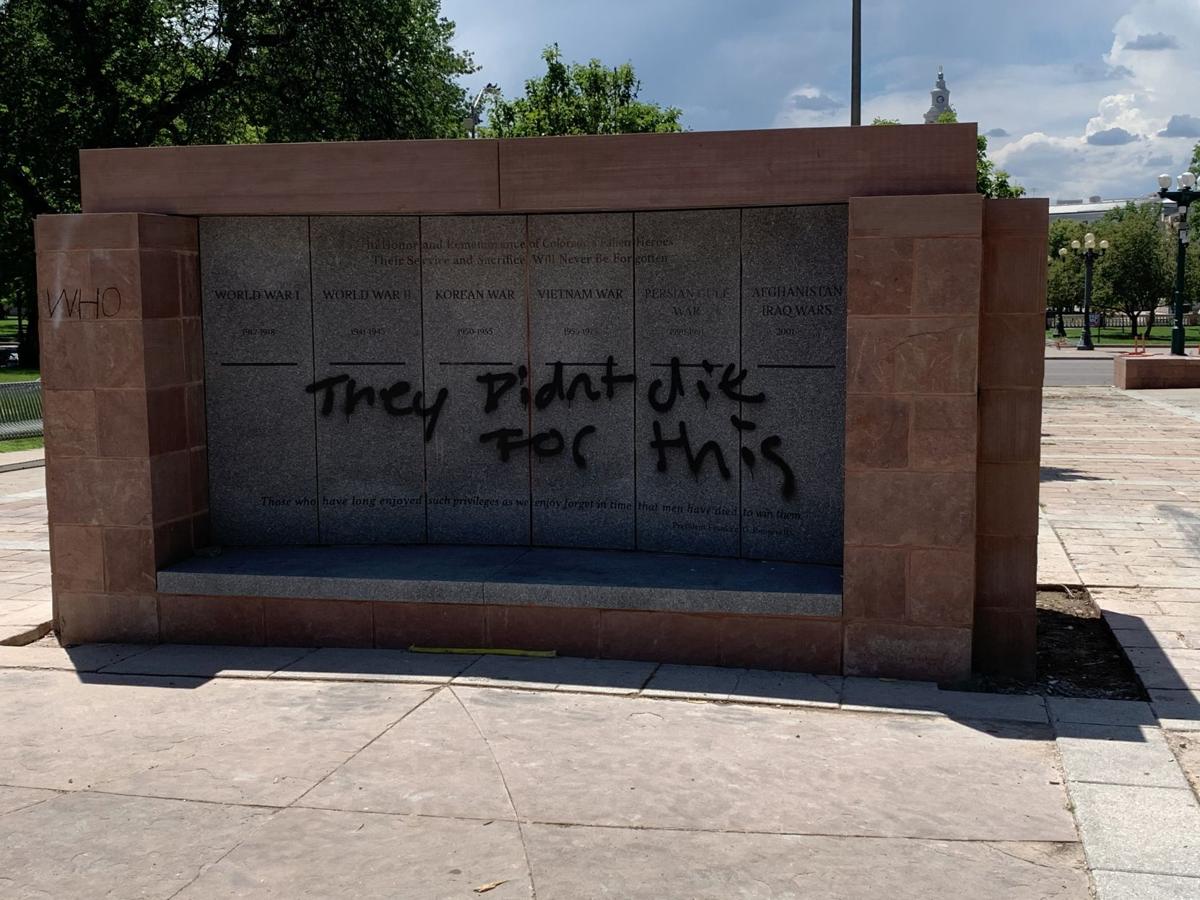 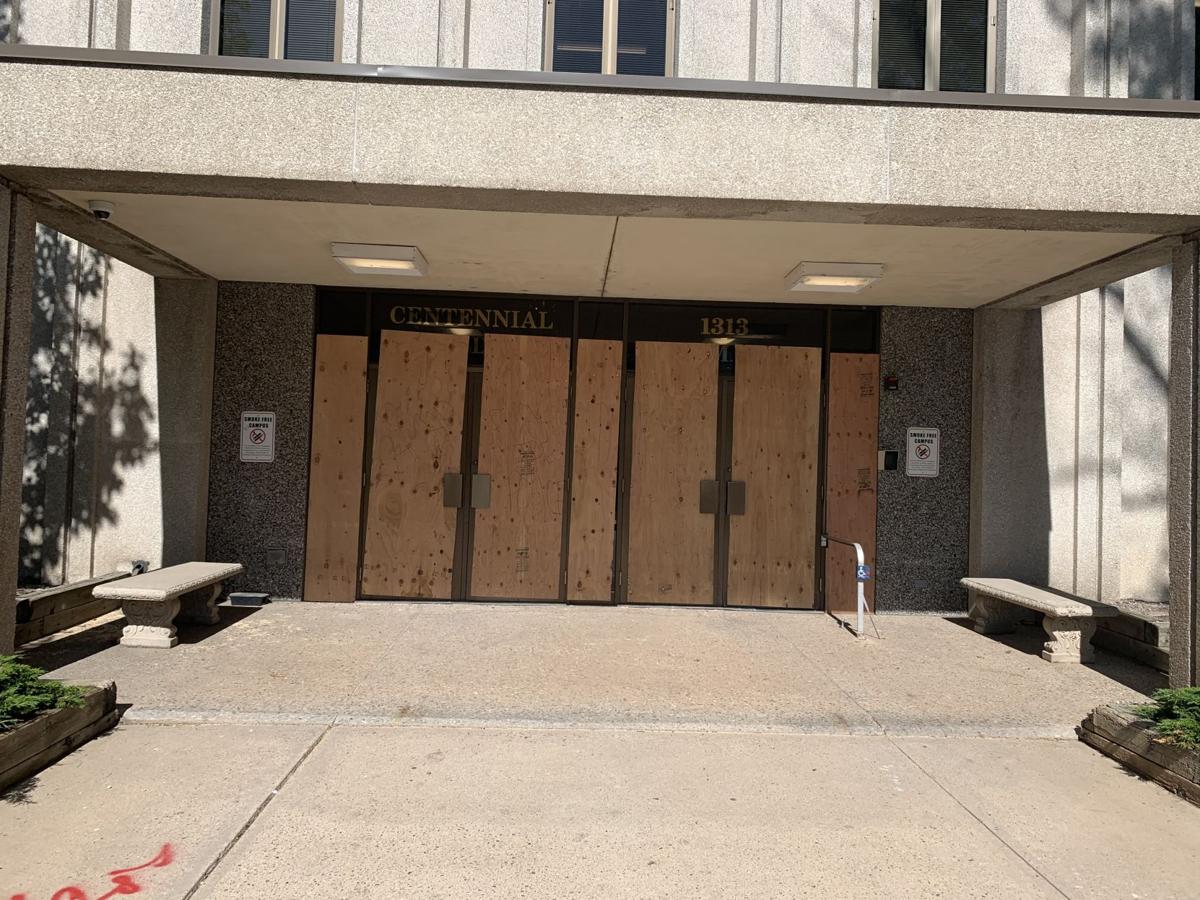 As more than 1,000 protesters marched around the state Capitol late Monday afternoon, legislative leaders got an earful on the massive damage to state buildings from violence over the past four days.

The buildings were damaged by a small cadre of protesters Thursday through Sunday, part of the protest against the death of George Floyd, who died when a Minneapolis police officer put his knee into Floyd's neck for nearly nine minutes.

In addition to setting fires, protesters threw rocks through windows and in one case, managed to leave an unexploded Molotov cocktail in a men's restroom of the Department of Education building.

All but one building in the Capitol complex, which runs from 13th Avenue to 16th Avenue, had some sort of damage.

"Who knows what tonight's protest will bring," said Rick Lee, director of capital assets for the Department of Personnel and Administration.

At the legislative services building, which houses the Joint Budget Committee, workers attempting to board up windows were confronted and surrounded by protesters Monday morning, according to Lee. The state patrol chased them off, Lee said.

That building suffered four to five broken windows and all the building's lower windows have now been boarded up.

Protesters also taunted state patrol officers during the weekend at 1515 Sherman St., which houses the state auditor and about half of the offices for the General Assembly. All the front doors were broken and protesters threw a light globe through one of the windows.

The building's granite is covered with graffiti. Although it was cleaned off today, "we'll see if it lasts the night," Lee said.

At the state Capitol, the glass in the front and side doors were shattered, and state patrol officers had to chain the inner doors shut until they could be boarded up, Lee said.

Mike Hahn with the Colorado State Patrol said there were "multiple breaches" into the state Capitol but that the patrol was able to "hold the line."

Speaker of the House KC Becker said someone threw a rock through her office window and through the office window of Chief House Clerk Robin Jones.

A window in the governor's office also was damaged, as was a window in his chief of staff's office. Lee said he believed protesters used slingshots to reach those upper windows.

Elevators and windows at the state parking garage at Lincoln Street and 14th Avenue also were damaged.

The damage extends to statues all over the complex and in Lincoln Park. Graffiti covered the Civil War statue in front of the Capitol, the Joe Martinez statue (a tribute to Colorado's first Congressional Medal of Honor winner), the Liberty Bell facsimile and the Colorado Veterans Memorial.

The fencing around the veterans' memorial was torn down and used by protesters on Saturday in an attempt to block off police.

There's massive graffiti everywhere, he said, although about 200 "peaceful protesters" came to Lincoln Park to help the city clean it up this morning.

At the department of human services building, 1575 Sherman St., all the front doors were shattered and protesters got into the building. They shattered an interior door but took off as state patrol was coming, Lee said.

The fence in front of the department of education was hit by a car and is now bent. Lee wasn't sure if that was part of the protest or an accident.

Lee said that contractors will be arriving Tuesday to tour the complex and provide "a ballpark estimate" on the cost of repairs by the end of next week.