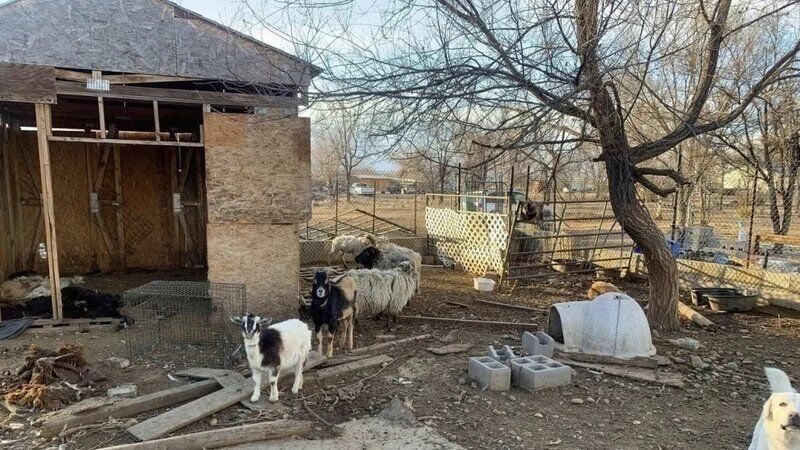 Several animals roam an enclosure in Weld County with dead animals lying in an open shed and bones visible in the lower left corner. 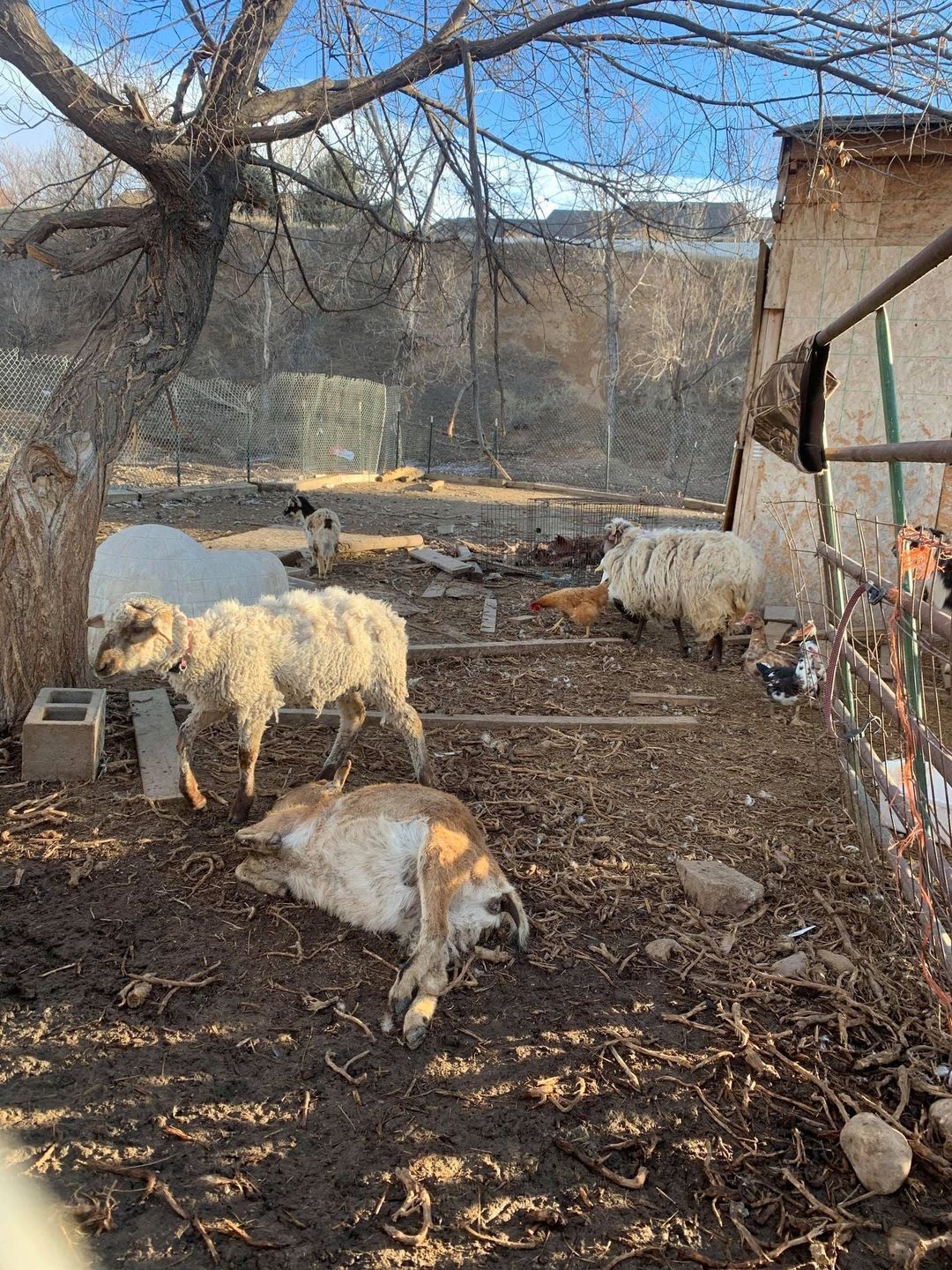 Disheveled sheep, goats and chicken roam an enclosure next to the carcass of a dead goat on a property in Weld County. 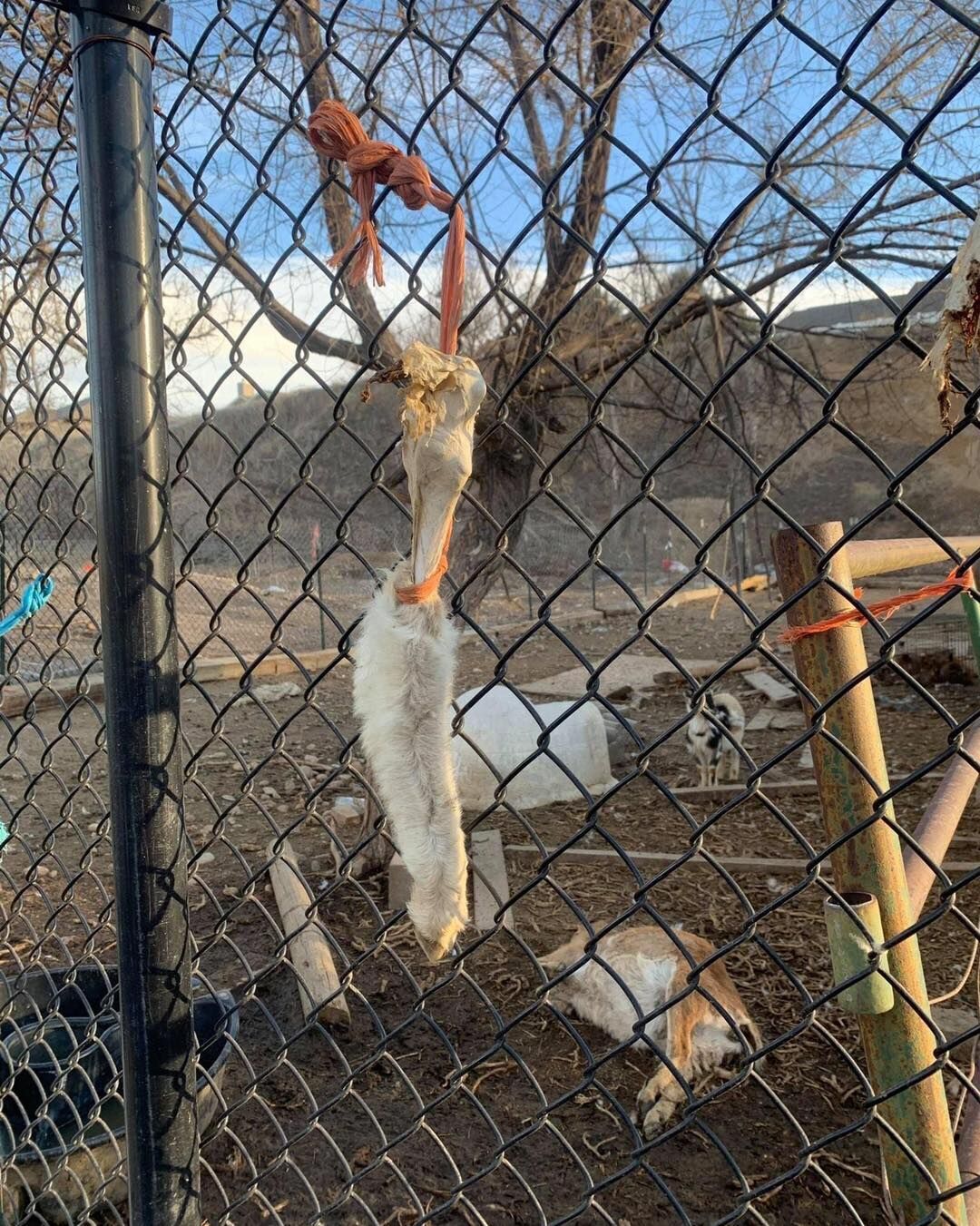 The severed leg of an animal hangs on the fence of a livestock enclosure in Weld County as a dead goat lays in the background.

Several animals roam an enclosure in Weld County with dead animals lying in an open shed and bones visible in the lower left corner.

Disheveled sheep, goats and chicken roam an enclosure next to the carcass of a dead goat on a property in Weld County.

The severed leg of an animal hangs on the fence of a livestock enclosure in Weld County as a dead goat lays in the background.

In a case that has drawn attention from animal rights groups and Gov. Jared Polis’ husband, first gentlemen Marlon Reis, several dead animals were removed from a Weld County property after the owner was accused of neglecting and abusing her livestock in recent weeks, the Weld County Sheriff’s Office said.

Morley has at least 24 animals on the property, including goats, pigs, ducks, dogs, chicken and sheep, officials said.

This action comes after three weeks of accusations that Morley neglects and abuses her animals, officials said.

Reports to animal control have claimed Morley doesn’t feed her animals, leaves dead carcasses in cages with live animals and leaves animals outside in freezing conditions. Photos of dead animals on the property have circulated on social media.

The Weld County Sheriff’s Office said deputies and animal control officers have made routine checks at the property over the weeks but haven't pursued charges against Morley.

On Feb. 5, the Sheriff’s Office said there was not enough evidence for charges; however, it said animal control officers “observed at least seven deceased animals at varying stages of decomposition inside the pen with the others” during the check.

The state veterinarian who visited the property said the living animals were not in immediate danger of starving and said the animals’ pen was an adequate size, though the conditions were not desirable.

In early February, the Weld County Department of Public Health and Environment and the Planning Department said there were no violations they could impose regarding the animals’ living conditions.

Animal activists have spoken out against the lack of action, including the Denkai Animal Sanctuary and Broken Shovels Farm Sanctuary, which are pursuing legal action against Morley, including submitting a welfare request that was denied by a judge.

The sanctuaries post regular updates on the conditions of the animals, including accusations that the animals have gone 24 hours without food or water, a video of a dog eating an animal carcass, photos of animals being kept with carcasses and photos of an animal body part hanging from a fence.

A petition was started last week by Greeley resident Rose Landrum, demanding that Weld County officials take action against Morley. The petition has garnered more than 6,000 signatures so far.

The campaign against Morley’s treatment of her animals has attracted significant attention, including from first gentlemen Marlon Reis.

On Thursday, Reis released a statement saying he is working with colleagues to form new legislation to better protect animals in the state.

“The failure of our laws to offer a clear path to helping these animals is proof that those laws are inadequate and need to be changed,” Reis said. “This is a maddening situation in which much of what is being reported makes no sense.”

Reis said numerous animal advocates and nonprofit groups have contacted local officials offering to adopt the neglected animals or donate money or materials to the owner so she can better care for them.

“Despite the willingness of advocates to do anything and everything to help the animals, they have been unsuccessful because the law simply isn't on their side,” Reis said.

The animal carcasses and excrement samples collected from the property Saturday were sent to Colorado State University to test for infectious disease. An update will be released pending the results, the Sheriff’s Office said.

The investigation is ongoing by the Weld County Sheriff’s Office and Colorado Department of Agriculture.

Morley has denied all allegations, telling FOX31 reporter Deborah Takahara earlier this month, “the animals are all doing fine per multiple ACO’s and Weld County Sheriff’s Deputies/employees … No action is being taken against myself or my animals, as there is none to take.”

Morley has a history of arrests in Weld County, having been arrested three times from 2013 to 2015 for assault, failure to appear in court and flight to avoid prosecution, according to the Weld County Sheriff’s Office arrest reports.