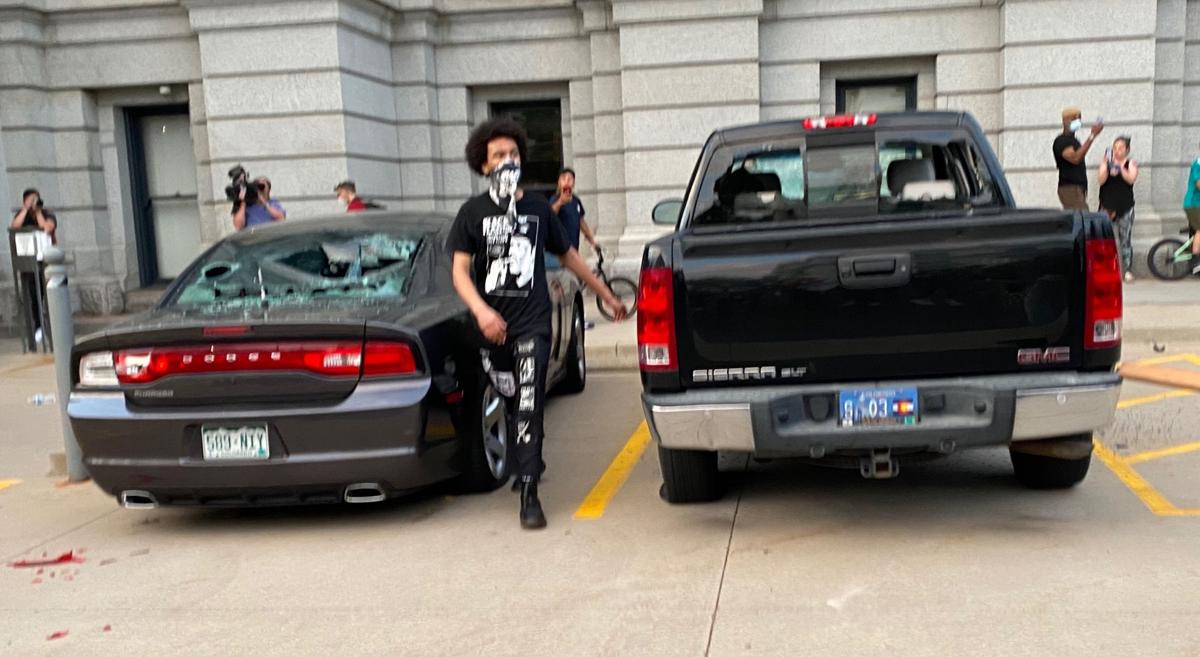 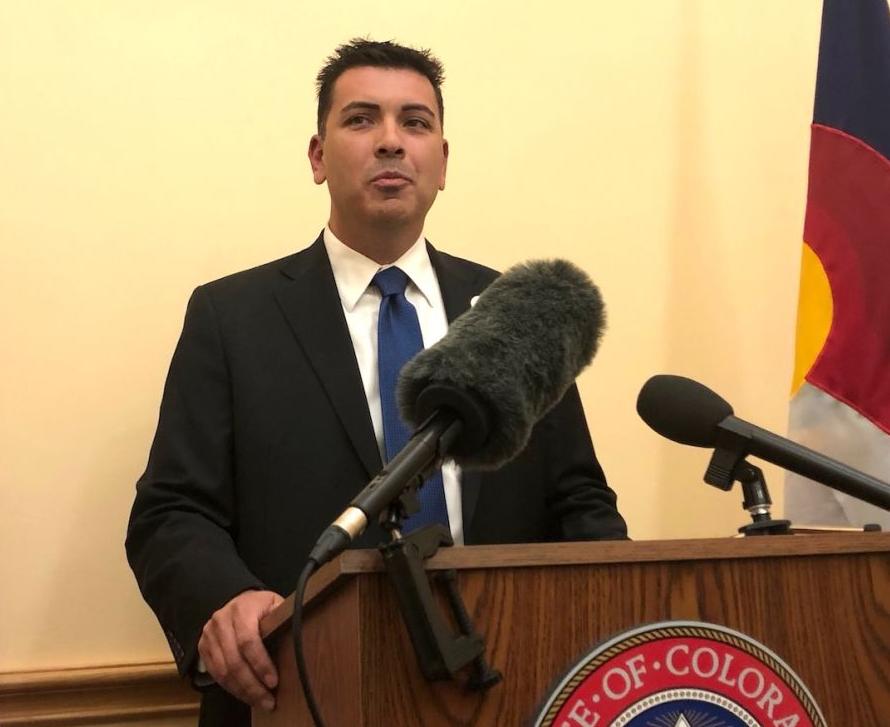 Senate President Leroy Garcia was at the state Capitol Friday, one day after a small group of protesters broke away from the main group and vandalized the state Capitol and several vehicles, including his personal truck.

But Garcia, a Marine, Iraqi war veteran and paramedic, was philosophical Friday, both about the unusual nature of the 2020 legislative sessions and Thursday's incident, and said the General Assembly should take up issues around police integrity in the session's remaining weeks.

"Those of us who have been here know every session is unique and different," Garcia said, but this one has been unlike any other, given the challenges. "I'm grateful for the collaboration with the minority party, and with my colleagues' tenacity to stay committed to the overall objectives that Colorado remain stable and prosperous."

But what happened this week "really underlines and emphasizes that we have a responsibility to ensure that we address inequities and challenges being played out in a number of communities."

Garcia said when lawmakers return on Monday "there will be some big conversations on this," adding that it's likely to become a part of the ongoing agenda in the next few weeks.

He may have an ally in Attorney General Phil Weiser, who said Friday that the state's challenge is "to both process and channel our emotions as we move forward. The path for making George Floyd’s memory a call to reform and renewal is through listening to each other and caring for one another, while advocating for change and engaging in peaceful protest. Together, this work can be done with the goal of improving our communities, our cities, and each other, rather than causing harm, injury, or greater loss."

Garcia said he grew up learning to trust law enforcement but is now extremely concerned to see the total distrust and erosion of that trust.

That distrust is the result of cases when police officers have lost their integrity, and police departments have covered it up, he said. "Then you have explosive things" like the murder of George Floyd, which he called a travesty.

The now-former Minneapolis police officer who is accused of killing Floyd, Derek Michael Chauvin, was charged Friday with third-degree murder and second-degree manslaughter, and if convicted faces up to 25 years in prison on the first charge and up to 10 years on the second, according to CNN.

According to the Associated Press, Chauvin has had 17 complaints filed against him; 16 were dismissed and the last one resulted in a letter of reprimand.

"We have to get back to a position where we trust law enforcement and where officers are functioning with the highest integrity," Garcia said. "That's been lost with many of them."

Garcia said he's grappled with this issue before, with several incidents in his own district involving cases where police officers abused their authority.

"We have challenges and can't have departments protecting those who don't act with integrity," he said. A police officer's job is to exemplify and provide model behavior, he added.

He cited several cases, including a recent incident involving a Denver deputy sheriff who was clocked at 100 mph through "the Gap" on I-25 while he was transporting inmates, and a case in Pueblo where a police officer was arrested for (and later pleaded guilty to) sexually assaulting a victim of domestic violence.

As to the truck, Garcia tweeted Friday afternoon his appreciation for those who showed their concern and support. "Last night was very intense, and I am grateful that no one was seriously injured during the demonstration. Trucks can be replaced, but human lives can’t."

Thank you to everyone who has reached out showing your concern & support. Last night was very intense, and I am grateful that no one was seriously injured during the demonstration. Trucks can be replaced, but human lives can’t… pic.twitter.com/dLutE1FBRt

Denver mayor, chief praise 'restraint' of officers after violent actions of some protesters

Officers used “extreme restraint last night as they became the target of people’s rage and anger,” said Chief Paul Pazen at a news conference on Friday. He disclosed that three officers sustained injuries, including one who was hospitalized, and 13 people were arrested for burglary, criminal mischief and assault.