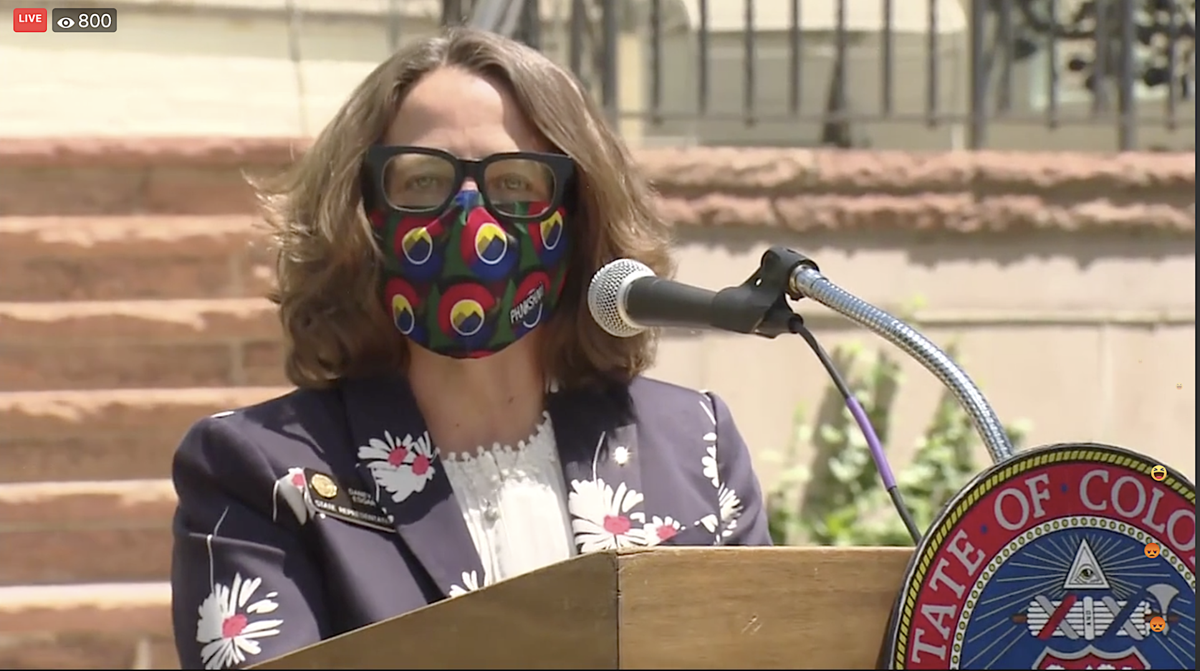 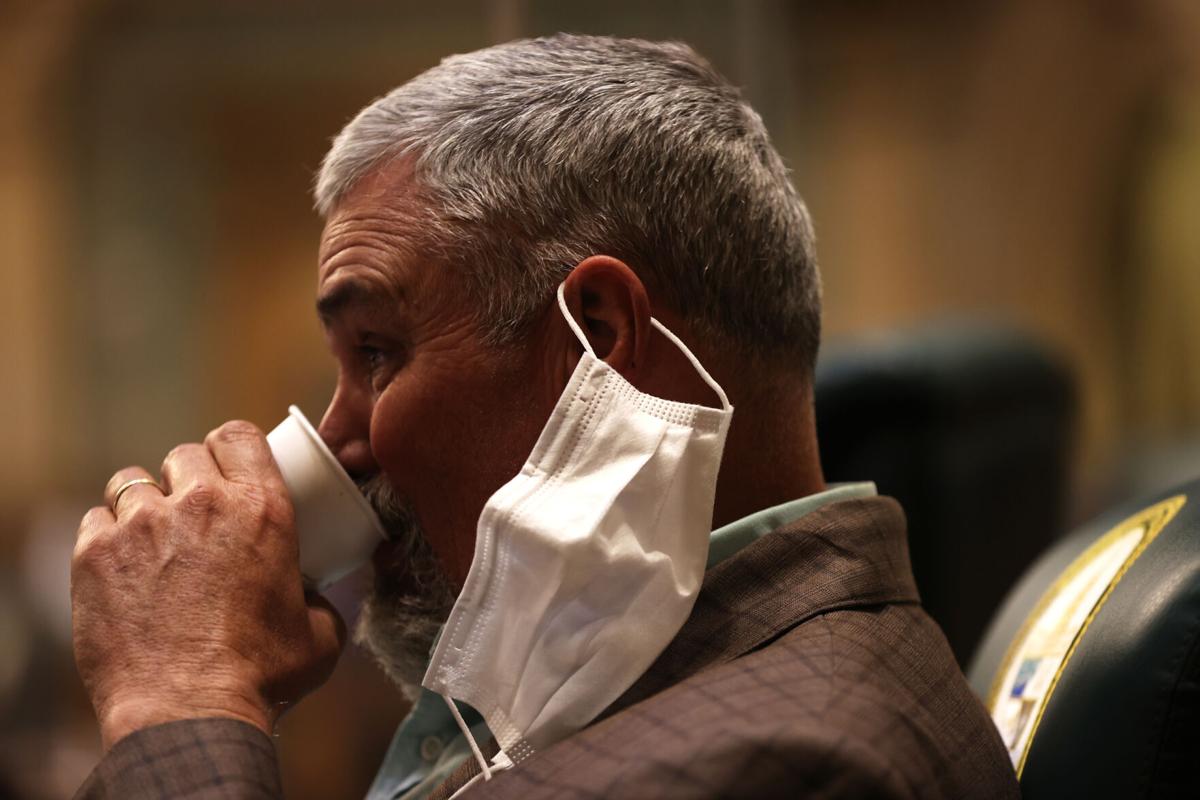 Colorado State House District 64 Rep. Richard Holtorf (R) takes a drink of coffee and listens to a speaker on the floor during a House session at the Colorado state capitol on Dec. 2, 2020. After Wednesday's session lawmakers do not reconvene until mid-January of 2021. (Forrest Czarnecki/The Gazette) 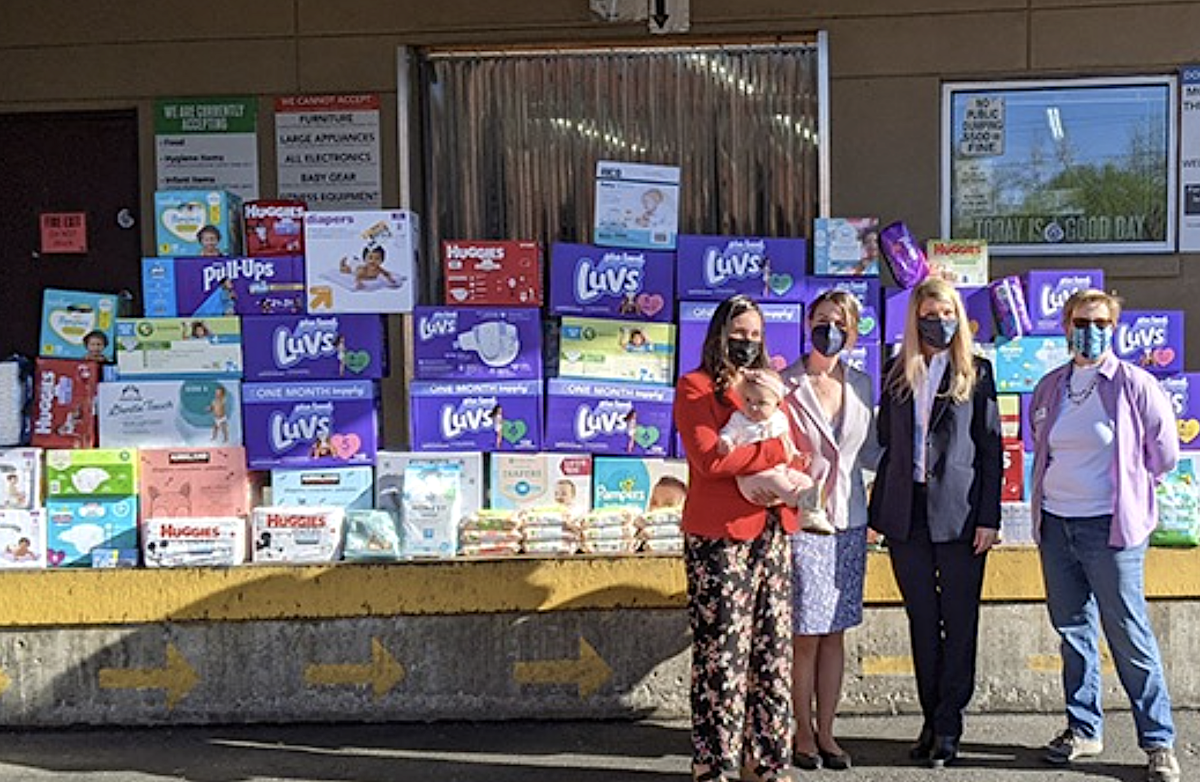 From left, state Rep. Kerry Tipper (holding her daughter) and Sens. Jessie Danielson and Brittany Pettersen with Carolyn Alexander, the senior director of operations for The Action Center in Lakewood, look over the result of a diaper drive the sponsors of Senate Bill 97 put together on May 6, 2020. 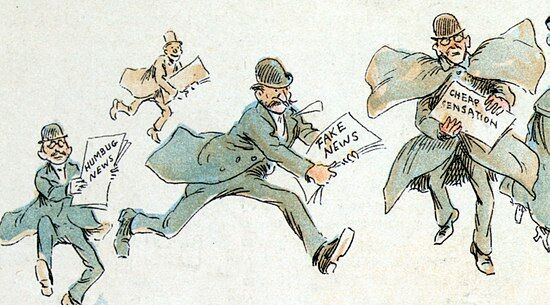 Colorado State House District 64 Rep. Richard Holtorf (R) takes a drink of coffee and listens to a speaker on the floor during a House session at the Colorado state capitol on Dec. 2, 2020. After Wednesday's session lawmakers do not reconvene until mid-January of 2021. (Forrest Czarnecki/The Gazette)

From left, state Rep. Kerry Tipper (holding her daughter) and Sens. Jessie Danielson and Brittany Pettersen with Carolyn Alexander, the senior director of operations for The Action Center in Lakewood, look over the result of a diaper drive the sponsors of Senate Bill 97 put together on May 6, 2020.

Every photo album has snapshots of moments some will never forget.

Colorado Politics trained its lens on the Capitol during the 2021 General Assembly, and caught these iconic and sometimes ironic moments:

Minority Leader Hugh McKean, R-Loveland, accidentally voted in favor of House Bill 21-1298, the background check bill, on May 17. He asked to be allowed to change his vote, blaming his lack of attention on following the issue on his laptop. Reconsideration is a fairly pro forma kind of thing and a common courtesy when someone hits the wrong button. The rules allow for a vote for someone who has voted on the prevailing side. However, Majority Leader Daneya Esgar, D-Pueblo, refused to let him change his vote. Not a good look, Madame Majority Leader.

McKean eventually got his do-over, albeit on the last day of session. Multiple sources said a lot of Democrats in both chambers were displeased with Esgar's maneuver and made sure the bill got amended to give McKean his chance when the bill returned to the House.

"Every time I'm called a racist"

Runner-up: Rep. Richard Holtorf's two public apologies, which made national news, for casually saying, "Don't worry, Buckwheat, I'm getting there," toward another legislator as he spoke on the floor. Holtorf said he was surprised to learn the term was a racial slur. The first apology didn't go over well ("I apologize if I offended anyone in any way," viewed by some as a non-apology apology), so he went full-out the following day, telling lawmakers, "You all have my sincerest apologies."

Four new mothers in the legislature who know how the cost can be trying for the most secure of parents stepped up in more ways than usual to help families who don't have as much. Sens. Brittany Pettersen of Lakewood and Jessie Danielson of Wheat Ridge, along with Reps. Kerry Tipper of Lakewood and Serena Gonzales-Gutierrez of Denver passed Senate Bill 21-27, called Emergency Supplies For Colorado Babies and Families, to provide $4 million to the Department of Human Services to provide diapers for low-income mothers. On May 6, with the help of Jefferson County Democrats, the bill sponsors delivered a tall mound of donated diapers for The Action Center in Lakewood.

“As a new mother, it pains me to know that parents who are unable to afford diapers for their babies have resorted to reusing old diapers, plastic bags and toilet paper,” Pettersen said.

Literacy, "the ability to read and write," doesn't mean what you think it does, if you go by the Department of Education's definition. The legislature this session voted to help children understand the difference between fake news, conspiracy theories and the real deal by passing a media literacy bill, House Bill 21-1103. In 2019, the legislature passed a law, House Bill 1110, that ordered the Department of Education to produce a report using a committee that included "a professional print journalist." The department said it couldn't find a print reporter "despite extensive recruitment efforts," explaining why the agency broke the law in its 159-page report. (No one contacted any print journalists from Colorado Politics.)

“This bill really makes sure that we have best practices and recommendations around media literacy, which is even more important now than ever before,” Gov. Jared Polis said at the bill signing.

Not public, no option, no worries

The public option health insurance policy isn't really public, not much of an option and not even an insurance policy, after the 2021 General Assembly got through with House Bill 21-1232, characterized by advocates on both sides as more of a confusing threat than a tangible plan. The public option bill — why's it still called that? — orders the health care industry to lower costs on its own by 15% in three years, or else. Be patient. A lot can happen by 2024. The public option went through four versions and an avalanche of amendments the past two years.

Perhaps the low point of the legislative session, if not the year, didn't even happen in Denver. Weld County Sheriff Steve Reams was losing the support of a crowd on March 22 when he tried to change the subject away from his enforcement of pandemic mask mandates to lawmakers in Denver. He singled out Rep. Leslie Herod, D-Denver, who has been the chief political pugilist in the effort to reform police tactics and the rules of incarceration. “In my mind, she’s a terrorist; she’s a terrorist against the citizens of Colorado," Reams said, attracting criticism for his jump to an unfair conclusion.