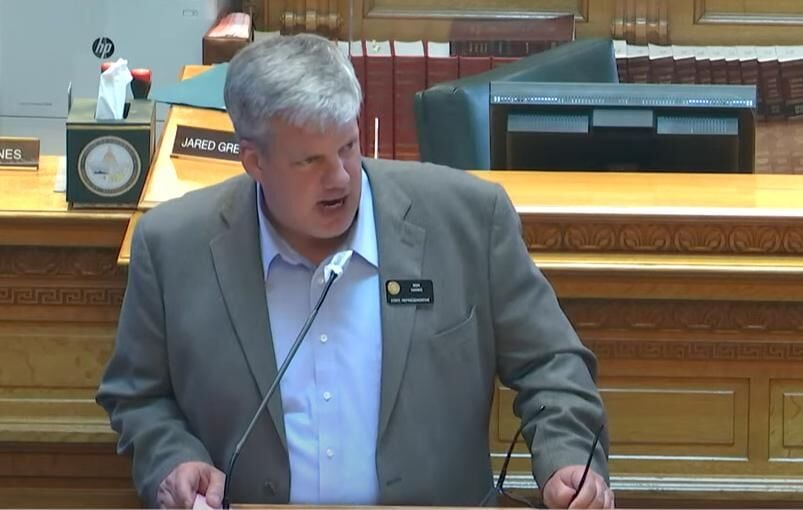 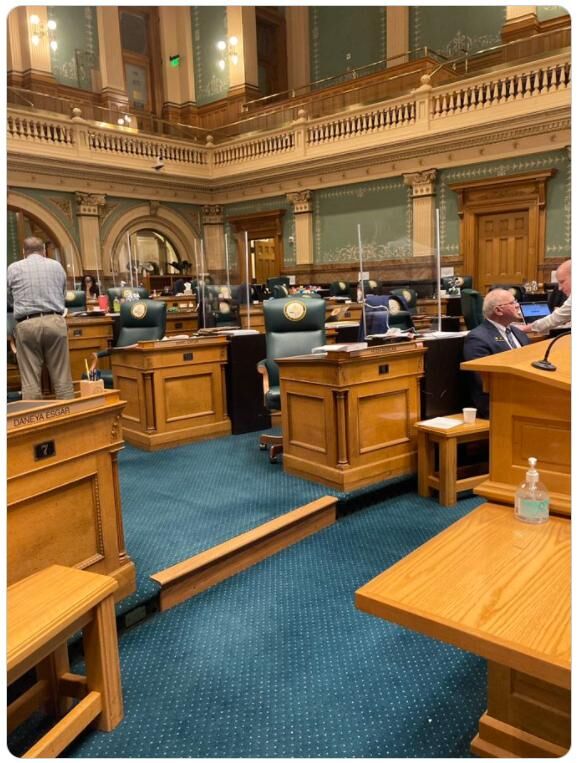 "Where are all the Republicans?" tweeted Rep. Susan Lontine, D-Denver, at about 9:30 p.m. and during debate on House Bill 1312. Photo courtesy Lontine's Twitter account.

"Where are all the Republicans?" tweeted Rep. Susan Lontine, D-Denver, at about 9:30 p.m. and during debate on House Bill 1312. Photo courtesy Lontine's Twitter account.

In a sign that the waning days of the General Assembly's session are fraying nerves everywhere, a disagreement over party strategy apparently escalated Friday.

For nearly nine hours Republicans staged a filibuster over House Bill 1312, which would raise the exemption limit for business personal property taxes and pay for it by increasing taxes on insurers, oil and gas companies and the coal industry.

But when the caucus returned to the House floor, sources said Hanks told McKean he would "break your neck." As of Monday morning, Hanks had not apologized.

"I have no comment on any conversations I may or may not have had within the Republican Caucus," Hanks told Colorado Politics on Monday.

At least five other lawmakers in the Republican caucus, in addition to Hanks and McKean, heard the threat. Rep. Terri Carver of Colorado Springs stepped in to referee, said Rep. Matt Soper of Delta, one of the GOP witnesses.

On Monday morning, McKean told Colorado Politics that "I don't think the occasional times that tempers get a little frayed on the floor" matters as much as "what we do as a group."

He declined to comment on Hanks' exact words or whether Hanks had apologized for his threat.

House Speaker Alec Garnett, a Democrat from Denver, in his first year as speaker, has tried to maintain the decorum of the chamber. Within a week after lawmakers returned to the Capitol from the pandemic break in February, he was calling for better behavior from both sides of the aisle. Hanks was at the center then, too. He was in Washington, D.C., for the Jan. 6 insurrection at the U.S. Capitol, although he said he did not storm the building.

Rep. Don Valdez, a Democrat from La Jara, who is running for Congress in the 3rd Congressional District, called for Hanks' expulsion. Valdez was called out of order by Garnett, then Hanks and Valdez spent time with Garnett to sort out their differences. Valdez did not publicly apologize for his behavior.

A Democratic source said it is up to the Republican caucus and its leadership to decide what, if anything, would be done about the situation.

Hanks' threat against McKean doesn't appear to violate any rules of the House. Those rules prohibit lobbyists from making threats but doesn't specifically address lawmaker-on-lawmaker threats. Neither does the workplace harassment policy, developed after the 2018 #MeToo scandal that resulted in the expulsion of Rep. Steve Lebsock, a Democrat from Thornton who changed his party affiliation to Republican before he was voted out, nor a separate workplace expectations policy adopted in 2019. The Senate, however, has a rule prohibiting threats.

The fight over HB 1312 continued into its final vote on Saturday, the 99th day of the session, with another round of filibustering by Republicans. That included reading the bill at length; the bill grew from 18 pages to 21 after Friday's second reading debate.

The bill passed on a 37-24 party-line vote after a 90-minute debate and now heads to the Senate.

"Let's move into getting the work done, not get caught having partisan disagreement in the well."