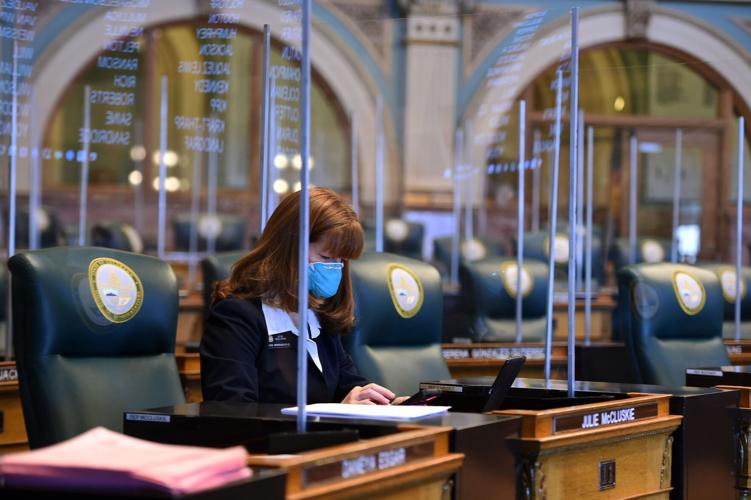 State lawmakers returned to the Capitol on Monday for a special session to work on bills tied to COVID-19. State Rep. Julie McCluskie, Democrat, gets ready for the first day of the session on Monday, Nov. 30, 2020. 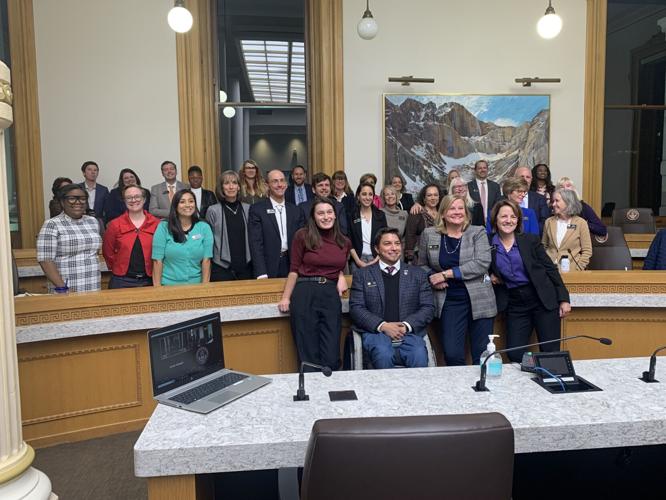 The Colorado House Democratic caucus (not all members were present for the photo). 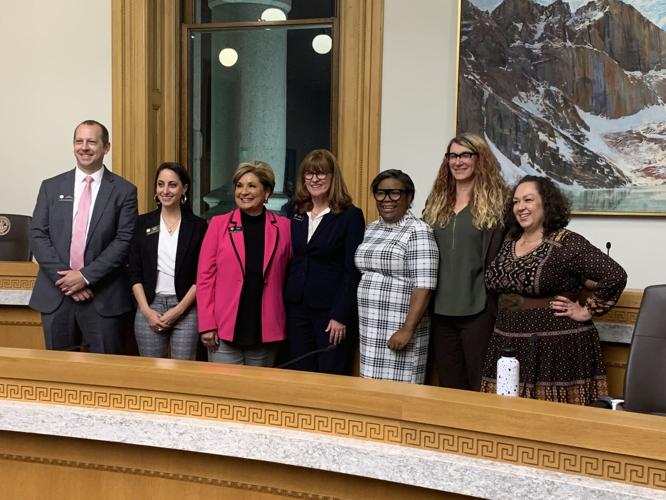 State lawmakers returned to the Capitol on Monday for a special session to work on bills tied to COVID-19. State Rep. Julie McCluskie, Democrat, gets ready for the first day of the session on Monday, Nov. 30, 2020.

The Colorado House Democratic caucus (not all members were present for the photo).

Democrats on Friday nominated Rep. Julie McCluskie to serve as the speaker of the Colorado House of Representatives during the state's 74th legislative session. The caucus made historic decisions Friday by selecting women for the top three leadership positions, a first in state history.

A split House Democratic caucus chose McCluskie to replace outgoing Speaker Alec Garnett, whose last term in the House on Jan. 9. McCluskie's nomination will need to be confirmed by the full House when it begins meeting for the 2023 session on Jan. 9.

“It is time to roll up our sleeves and get to work,” McCluskie, D-Dillon, said during her nomination speech Thursday. “We are now called upon to represent Democrats, Republicans and unaffiliateds alike. ... We must be willing to deeply listen and understand one another.”

The leadership elections were delayed a day while House Democrats awaited the electoral results from three districts that had not been called as of Thursday. Those three members-elect — Bob Marshall in the Highlands Ranch-based District 43, Stephanie Vigil in the Colorado Springs-based District 16, and Eliza Hamrick in the Centennial-based District 61 — were allowed to cast provisional ballots.

By 4:40 p.m. Friday, Garnett said the caucus staff felt "comfortable" calling all three of the races in favor of the Democratic candidates due to newly counted ballots, allowing the caucus to move forward with the results of Thursday's vote.

McCluskie has served in the state House since 2019 and was reelected for her third of four possible terms on Tuesday. During the last legislative session, McCluskie chaired the Joint Budget Committee.

“She is a true public servant,” said Rep. Marc Snyder of Colorado Springs while nominating McCluskie to be speaker. “She’s one of the most knowledgeable people in the building. She’s done a fabulous job on the Joint Budget Committee. She’s competent, compassionate, she has an open door.”

McCluskie beat out Rep. Adrienne Benavidez of Commerce City for the nomination in a secret ballot vote. Benavidez is entering her last term and most recently served as speaker pro tem of the House.

Rep. Serena Gonzales-Gutierrez of Denver, in nominating Benavidez, noted that the three top leadership positions could all be held by women of color, which would be a first in state history.

McCluskie also defeated Rep. Chris Kennedy of Lakewood, who was eliminated in the first of two rounds of voting. Kennedy, who is also entering his last House term, has been angling for party leadership for years, previously losing out on majority leader to Rep. Daneya Esgar in 2020.

During Thursday's meeting, Rep.-elect Elisabeth Epps of Denver proposed that the caucus reveal the vote count while leaving the voters anonymous, arguing that it would be more transparent. That motion was rejected in a 18-28 vote.

The 46-member caucus consisted of 12 men and 34 women, including 18 new members who were elected on Tuesday. Seventeen members are people of color.

In something of a surprise move, Gonzales-Gutierrez, who had been angling for majority leader, decided against it and nominated Rep. Monica Duran of Wheat Ridge as majority leader. Duran, who is heading into her third term, served as co-whip in the 2021-22 sessions.

Also vying for the position, Rep. Mike Weissman of Aurora, who will begin his fourth term in January.

The caucus also chose to have co-whips for a second time, electing Rep. Andrew Boesenecker of Fort Collins and Rep. Iman Jodeh of Aurora.

Three representatives vied for two caucus co-chair positions: Reps. Naquetta Ricks of Aurora, Titone, and Mandy Lindsey of Aurora, with Titone and Lindsey getting the nod.

The last decisions involve who will serve as Speaker Pro Tem and who will represent the caucus on the Joint Budget Committee. The caucus has two slots for the JBC.

McCluskie said she would make those decisions before Monday, when the JBC begins its work on the 2023-24 budget. McCluskie currently serves as the JBC chair and Rep. Leslie Herod of Denver, who is now running for Denver mayor, is the second House Democrat on the committee.