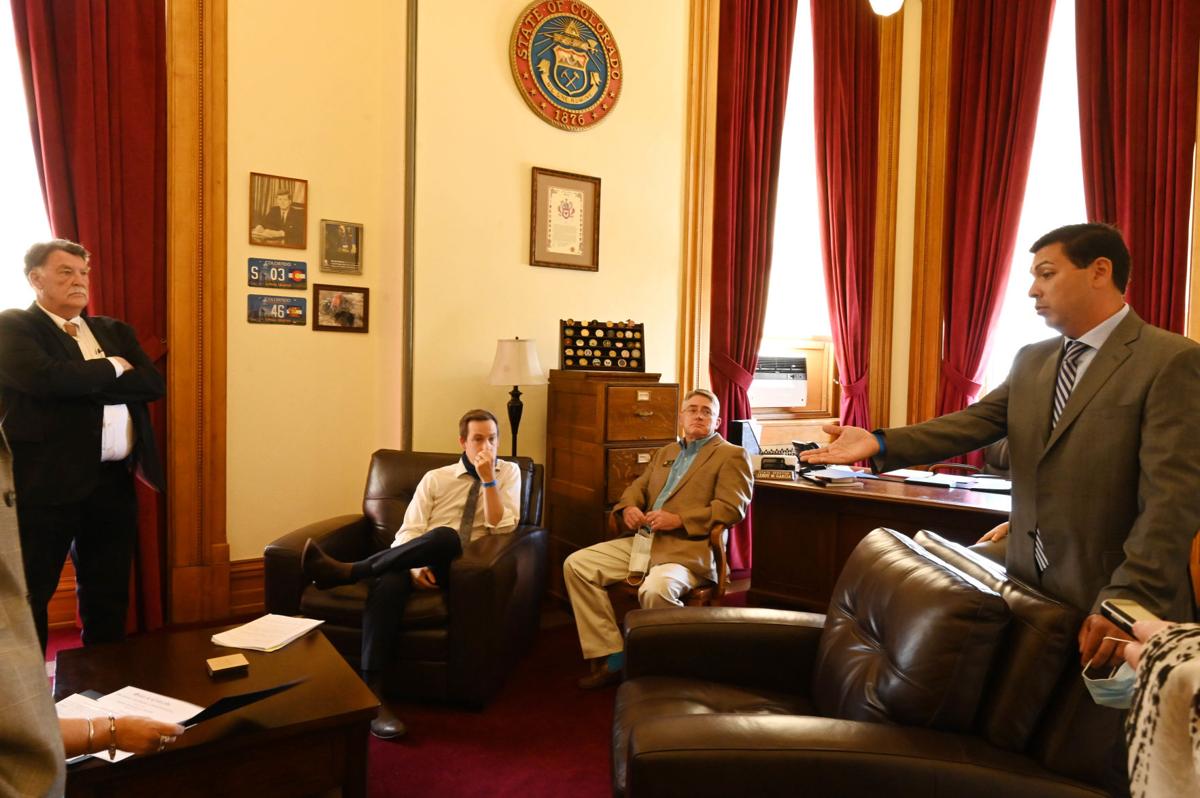 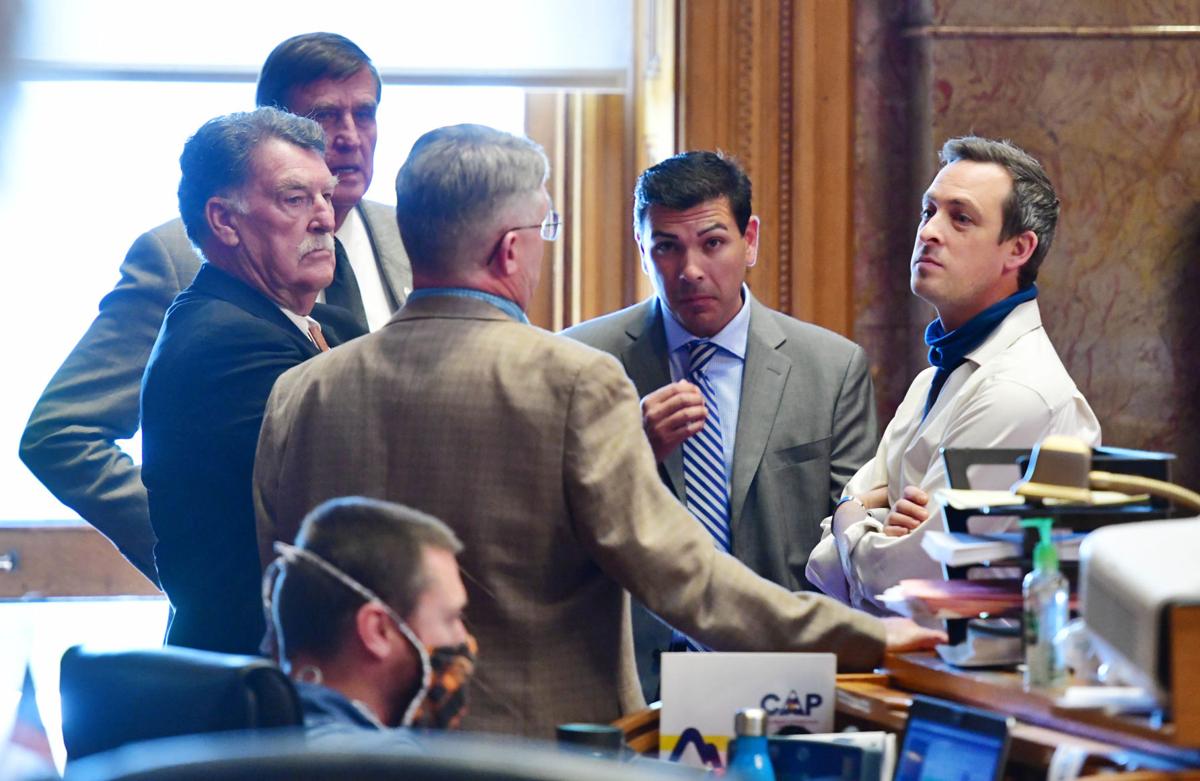 Senators continue discussing the state fair appointments and the lack of representation from Eastern Colorado on the session's last day, June 15, 2020

A fight more than 15 months in the making finally boiled over on the last day of the 2020 legislative session, and resulted in a closed-door meeting Monday between eight members of the state Senate and Gov. Jared Polis.

The issue: Polis’ appointments to various boards and commissions, and the lack of representation from Eastern Colorado residents. On Monday’s agenda, the Senate was supposed to vote on three appointments to the Colorado State Fair Authority board, a vote that had been waiting since February, when those appointments were approved by Senate Agriculture and Natural Resources Committee.

The vote was delayed for the session's final weeks because Sen. Don Coram, a Montrose Republican who has long criticized gubernatorial appointments, had the votes to kill the appointments. He told Colorado Politics he had at least five Democrats willing to vote down those nominations, and possibly as many as 10.

Even with two Republican senators excused on Monday, including Sen. Jerry Sonnenberg of Sterling, who also has been aggravated over the appointments, those five votes, along with the 14 Republicans in attendance, would have been enough. Instead, Senate Majority Leader Steve Fenberg of Boulder laid over the appointments to Tuesday, which canceled the vote.

According to Coram, a Colorado Supreme Court decision dating to the 1970s means Polis cannot reappoint those individuals once the session ended. That was disputed by the Democrats, as well as Senate Minority Leader Chris Holbert of Parker.

The lack of Eastern Plans representation led to Monday’s blow-up. “You rolled me,” shouted Coram to Fenberg, who accused Coram of trying to embarrass the governor.

“If standing up and doing the right thing is an embarrassment,” an angry Coram replied, he viewed it as “an education for the governor.”

The senators argued for about 20 minutes on whether they could undo Fenberg’s decision, which he pointed out was a non-disputable motion. Was there anything else they could do? No, Fenberg said. And killing the appointments wouldn’t change the outcome, he said.

Todd suggested sending the nominees back to the ag committee, which was rejected by the Democratic leadership. She also pointed out that Coram reached out to the governor’s office after the February hearing, which she said didn’t produce a response until two days ago.

”That’s concerning to me,” she said, and indicated that the response was because the governor knew the votes were there to kill the appointments.

Polis’ response included a recent letter to the Senate, pledging to geographical diversity that would include the Eastern Plains.

The impasse led to a phone call to Polis by Holbert.

After Polis was informed there was a reporter in the room, he told the senators, Coram in particular, that for 2021, he would ensure at least one representative would be from the Eastern Plains. He also pleaded with senators to help him find those nominees. “A Colorado for all means geographically diverse,” he said. “We want to do a better job on that.”

Coram, however, said he wasn’t willing to say “uncle” to a board that would go a year without an Eastern Colorado member. Polis indicated he would not pull the nominees who have been on the board all year, because they’re currently working on figuring out the state fair for this summer. That board includes Coram’s wife, Dianna, whom Polis appointed in February 2019. She is the board's only Republican.

Holbert suggested one of the three could resign, which Polis also rejected. “I agree with the geographical diversity piece” and would address that before the next session, Polis said. He also committed to working on Eastern Colorado representation for other boards.

While lack of Eastern Plains members has been a concern, the state fair board and the state’s Parks and Wildlife Commission have been the most problematic.

The 11-member state fair board, up until last October, was made up of six Democrats; two Republicans, including one from the 5th Congressional District; and two unaffiliated members. State law allows the board to have six members from the governor’s political party. The board must have at least one representative from each congressional district. Polis has appointed six of the 10 in the past 18 months. The 11th member is the commissioner of agriculture. 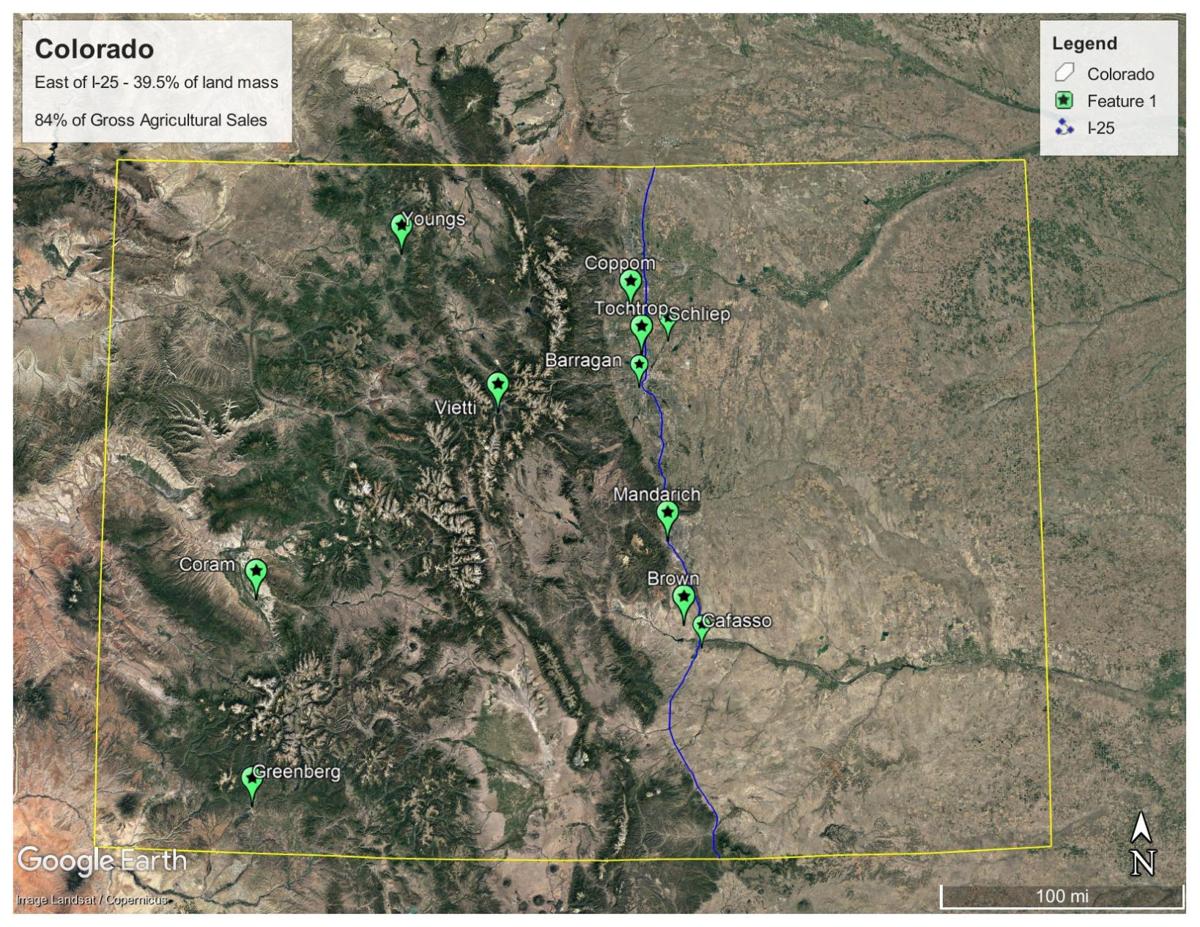 Not a single member of the board lives east of I-25. Last October, Polis named the board’s only representative from the 4th Congressional District that includes the Eastern Plains. That nominee is Brian Coppom, who lives in Longmont. As of June 1, there were 51 appointments awaiting Senate votes for at least two dozen boards and commissions, and none lived on the Eastern Plains.

Coppom is executive director of the Boulder County Farmers’ Market, and while his appointment is listed as unaffiliated, he’s made seven campaign contributions in the past four years to former Democratic members of the House who ran for Boulder County Commissioner. That includes current Rep. Jonathan Singer, also of Longmont.

Coram and former Ag Commissioner Brown have pointed out that the fair is an “agricultural exposition, and yet there is no one representing the area of the state which produces 84% of the state's gross agriculture sales.”

Polis also replaced the Republican member of the board from the 5th District with an unaffiliated member. That's led to claims by Coram that Polis is trying to remove as many Republicans as he can from a variety of state boards and replace them with unaffiliated members.

Those nominees included appointments to the state's cannabis research institute at Colorado State University-Pueblo. Southeastern Colorado is one of the state's most prolific areas for growing cannabis and hemp, but the board has no representatives from that part of the state. The institute board does, however have a researcher appointed by Polis from Scottsdale, Arizona.

The issue of Eastern Plains representation for the Parks and Wildlife Commission has also been a thorn in the side of Republicans. Polis has now appointed six of the commission’s 13 members, including three of six members who reside west of the Continental Divide. The statute requires “at least three” come from west of the Divide.

Last February, the Senate confirmed those six appointments, which does not require political affiliation, but it does require geographical diversity, as well as two representatives of production agriculture. That's a term carrying a particular meaning: a farm with its primary purpose producing crops or livestock.

The governor appointed Eden Vardy, who owns the Farm Collaborative in Aspen, which educates young people about farming. That’s not production agriculture, according to Coram and Sonnenberg. Coram told Vardy at his confirmation hearing in February that he seemed like a nice person but there are far more people in Colorado with more production agriculture experience.

Eastern Plains representatives claim they send nominees to the governor, who they say instead asks people who aren’t from the Eastern Plains to apply.

Committee members believe that the nominations go against the goal of geographic representation and that their qualifications don't address the needs of the commission.