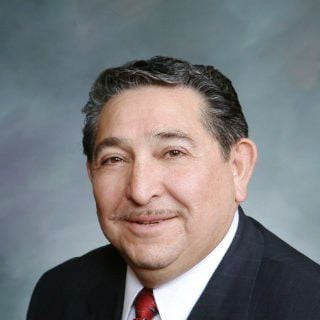 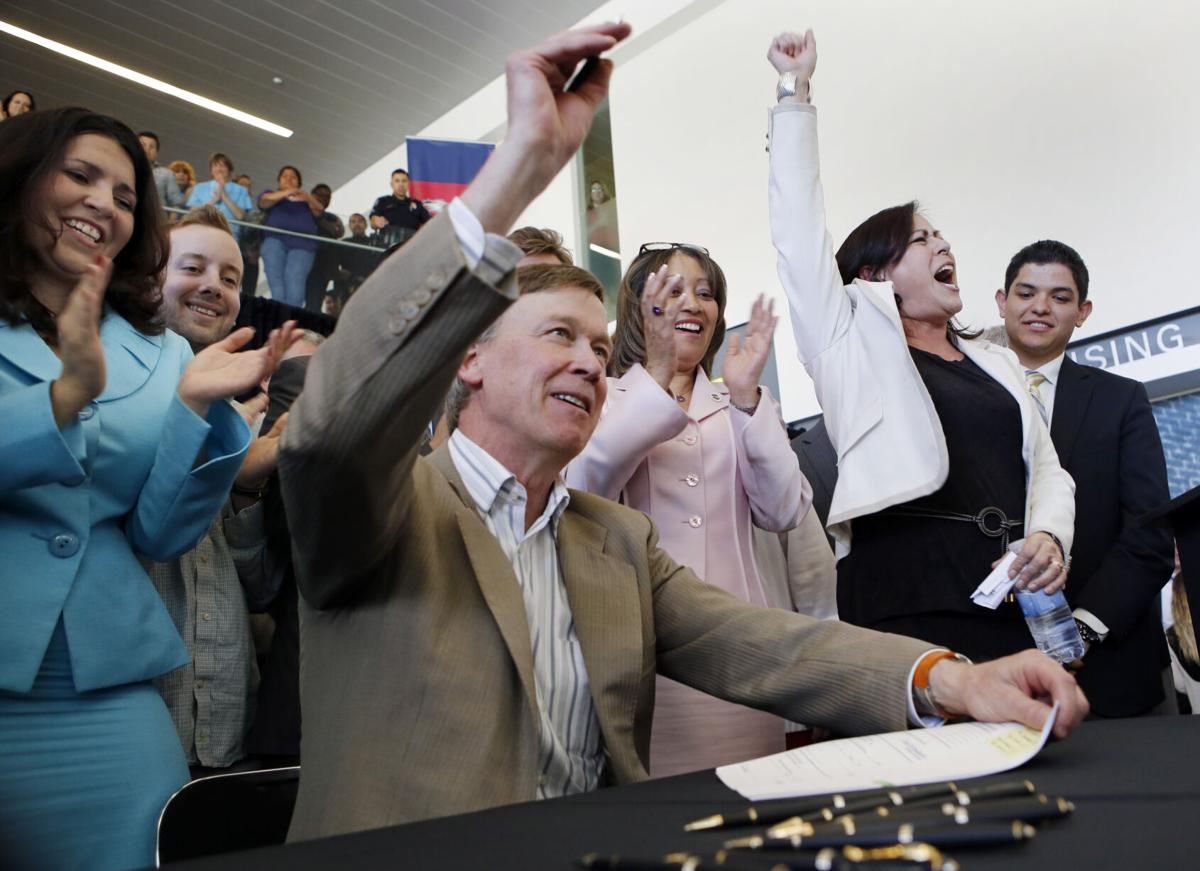 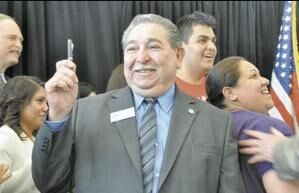 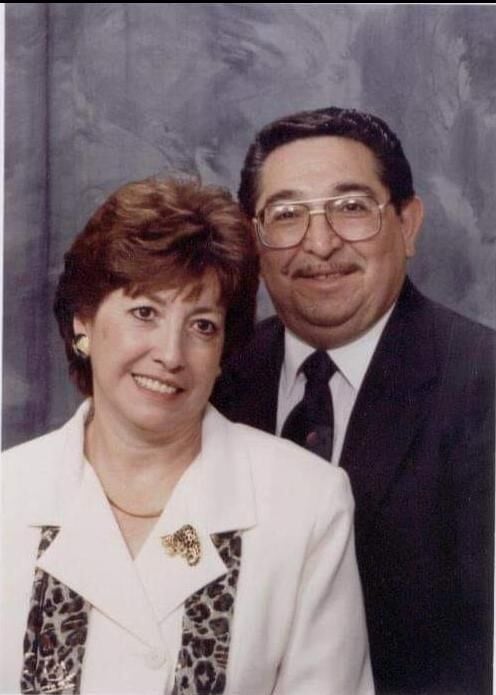 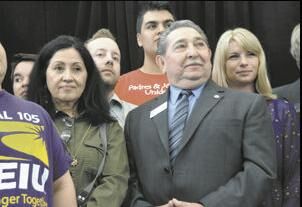 Former state Rep. Valentin "Val" Vigil, D-Thornton, who served four terms in the Colorado House from 1999 to 2006 and is perhaps best known as the father of the effort to grant in-state tuition to undocumented students, died Feb. 5 at the age of 73.

Vigil suffered a stroke after successful quadruple bypass surgery, according to his daughter, Valerie Vigil. Services are scheduled for 10:30 a.m. Feb. 18 at Immaculate Heart of Mary Catholic Parish in Northglenn, with interment at the Olinger Highland cemetery in Thornton. Gov. Jared Polis plans to order state flags flown at half-staff that day in Vigil's honor.

He was born July 9, 1947, in Taos, New Mexico. His family later moved to Costilla, New Mexico, where he grew up. Valerie Vigil recounted that when her father entered kindergarten, the teacher told him he would not be allowed to speak Spanish, his first language and what was spoken at home, and so he had to learn English, fast.

Vigil first attended New Mexico Highlands University and the University of New Mexico, but after moving to Colorado in 1972 received a bachelor's degree in education from Adams State College in Alamosa. "He loved that school," Valerie said, and he also served as president of the Denver chapter of the Adams State alumni association.

Vigil taught business, bilingual education and driver's education with SERS/Jobs for Progress to adults seeking their general education diplomas, as well as at the Questa, New Mexico, Independent School District. After moving to Colorado, he taught accounting and business at Parks Business College. He also owned Vigil and Company, an accounting and tax preparation service. Valerie said many of his clients have been coming to him for the past 50 years.

In 1967, he married Annabelle in Costilla, and they had two daughters, Nadine and Valerie.

'It was always about the students'

The story of the ASSET bill on in-state tuition goes back a decade before its eventual passage in 2013.

Vigil sponsored the measure for three out of its seven attempts, in 2003, 2004 and 2005. He came closest that first time. That year, in a Republican-controlled House, the bill easily cleared both the House Education Committee (8-2 vote, with three Republicans) and Appropriations (8-3 vote, with five Republicans). The latter committee sent the bill to the House floor, where it won voice approval on its second reading and was headed for a final House vote.

But instead of a final vote and a trip to the Senate, Majority Leader Rep. Keith King, R-Colorado Springs, offered an amendment to the final House report  and got the votes to send it to the House State, Veterans and Military Affairs Committee, where the more conservative, Republican-controlled committee put an end to it. In 2004, the bill never made it out of committee.

In the 2004 elections, Democrats took control of the House and held the majority in the Senate. Vigil tried again in 2005, as immigration was becoming a hot topic in Colorado and nationwide. That version narrowly cleared the Education Committee and was postponed two months later by Appropriations. Vigil was dissuaded from offering the bill in 2006 by Democratic leadership, the year of the special session on immigration, held in July 2006. A month later, Vigil lost a primary bid for the state Senate to Lois Tochtrop, who hammered Vigil for sponsoring the ASSET bill, among other policy differences.

Democratic lawmakers submitted the bill four more times until it passed in 2013 with Republican support and was signed into law on April 29 by then-Gov. John Hickenlooper. Vigil, who was mayor pro-tem of Thornton, was on hand for the bill-signing ceremony at Metropolitan State University of Denver.  He told the Colorado Statesman at the time that “It was never about me. It was always about the students.”

His only regret, according to Valerie, is that it took 10 years for the measure to pass and that it was a missed opportunity for undocumented students .

"My dad always told us to treasure our accomplishments, but that bill did not sit well with him when it did not pass. Even when the Democrats had control and it didn’t pass, it haunted him," she said. Valerie, then an assistant principal at Thornton High School, attended the bill signing with her dad and one of her students, Marco Dorado, who spoke at the signing. Her dad adored him, she said. "He knew Marco would be successful in his own way."

Dorado, who had received a private scholarship to attend the University of Colorado-Boulder, was a senior there when SB13-033 was signed. He told Colorado Politics  that Vigil's death brought back to him all the work done to pass the bill, including that Valerie Vigil was the first person outside of his family to know he was undocumented.

"There was a degree of security in telling her my story," he said. Even though he was in the international baccalaureate program in high school to prepare him for college, he said that opportunity wasn't available to someone like him who didn't have a Social Security number. "I was priced out of college" in Colorado, he said.

The 2013 law opened up "floodgates of opportunity" for him and students like him. Vigil "planted the seeds before ASSET was a thing. He was rooted in community, and he understood the needs of his community," Dorado said. "He got me to a point where I was able to access college" and beyond.

Dorado later obtained a master's degree in public administration from the University of Washington and now works on advocacy and community organizing tied to redistricting. "It was Val Vigil's foresight and perseverance" that gave him a chance, Dorado said. "There is respect for the shoulders of those we stand on."

Cesiah Guadarama Trejo was also involved in the 2013 effort to pass ASSET while a junior at Westminster High School. Like Dorado, she prepared for college in the international baccalaureate program, graduating with honors in 2013, but did not know she would have to pay out-of-state tuition rates. There was no way she could afford it, she said.

Trejo was among the first to sign up for DACA — Deferred Action for Childhood Arrivals — when President Obama signed the executive order in 2012. When the ASSET bill passed at the state Capitol, she spoke at a press conference, calling the law "the best graduation gift I would receive." She started college at Metro State,  majoring in political science and women's studies. She is now associate state director for 9 to 5 Colorado, where she focuses on housing, grassroots organizing and issue-based advocacy. Trejo is also pursuing a master's degree at CU-Denver. "I'm definitely grateful for all the work" that was done in the years before ASSET became a reality, she said.

"Most of us are first-generation college students. I don't know how I would have been able to go to college and stay in Colorado without having something like ASSET. Having a degree has opened doors."

Trejo added that she hopes his family knows "that because of his work and what he championed, it made a difference in our lives, and our families."

Polis, in a statement to Colorado Politics, said "I was so sad to hear Val passed away. I expressed my personal condolences to his daughter Valerie and the family. Val was a good friend and an inspiring public servant. Colorado lost a great person and public servant who touched so many lives.” In addition to lowering flags, Polis also plans to issue a proclamation honoring Vigil.

Former state Rep. Joe Salazar, D-Thornton, said Val was his friend and mentor. "I would walk Thornton with him, people knew him and loved him. I felt proud just being by his side. In so many ways, he reminded me of my maternal grandfather, and I felt comforted when he was around.

"He had such an easy style and gentle hand with people. It’s because he grew up humble. He knew struggle because he grew up in struggle. The way he spoke in English and manito (New Mexican) Spanish was seamless. He told stories in that same cadence and style as many of the elders in my family do — like weaving strands of linguistic magic that blankets the mind and soul. The Creator broke the mold when Val Vigil came into this world."

Former Speaker of the House Terrance Carroll, D-Denver, added that "Val was one of the most sincere people to ever serve in the legislature. While some used politics for glory and fame, Val never forgot his roots and the people he was called to serve."

"The main thing about Val was that he cared for the Everyman and it showed in his work as a representative," according to Cody Wertz, then communications director for House Democrats. "He didn’t seem to be about the political ladder, which was rare even back then."

Sen. Faith Winter, D-Westminster, said Vigil "was an incredible public servant that cared deeply about his community. When I was 25 years old and many people worked to shut doors to my dreams, he opened doors. He let me shadow him and also encouraged me to run for local office. He led with kindness and a deep commitment from his community. I learned a lot from him and his work changed the world."

Kevin Bommer, now executive director of the Colorado Municipal League, recounted that when he was a new lobbyist in 2001, Vigil "always cared about municipal issues and was a friend and sounding board. After he was termed out, it was even more gratifying to work with him as a member of the municipal family. He was an exceptional local leader as councilmember and mayor pro tem and very active with CML. His kind manner and statesmanship are sorely missed in modern politics."

Former state Rep. Fran Coleman, D-Denver, was among the sponsors of those first efforts on in-state tuition. "I have always admired how much Annabelle and Val loved each other and how devoted they were to each other their family. Val never forgot his New Mexico roots, or his love of Adams State ... . I also loved his Latino heart when we celebrated Cesar Chavez Day and Cinco de Mayo, leading us with resolutions to commemorate Latino contributions. During those special celebrations Val often wore his mariachi clothes, which he wore well."

Vigil remained active in a long list of community, Democratic and Latino political groups to the end of his life. One of his last Facebook posts said "Stop Being Democratic or Republican. Be honest, have morals, show empathy, value integrity. Be a GOOD HUMAN."

Valerie recounted that he was the youngest of his siblings, and grew up wearing hand-me-downs. He once said "my mom always dressed us in hand-me-downs. You try riding a bicycle in a mini-skirt! Always wondered why the buttons on my shirt were the other way and why the zipper was in the wrong place."

In addition to his wife and daughter Valerie, Vigil is survived by daughter Nadine (Sammy) Cordova; grandchildren Brandon Vigil, Jared (Breanna) Cordova and Amanda (Jorge) Alvarez and great-granddaughter Hazel as well as numerous nieces and nephews. He is also survived by his brother, Manuel, of Pueblo, and sister Betty Jane Manchego of Texas. His parents, Manuel and Felicia, are both deceased, as are three of his brothers, Donald, Robert and Billy.