Colorado's individual and small group market got twin boosts from the stabilization of the Affordable Care Act marketplace and from Gov. Jared Polis and the legislature, the report said.

In 2019, Polis signed a bill creating a "reinsurance" market that puts high-risk, high-cost insurance buyers in a separate, subsidized pool to lower rates for everyone else. The state Department of Insurance reported an 18.1% reduction last year, the program's first. 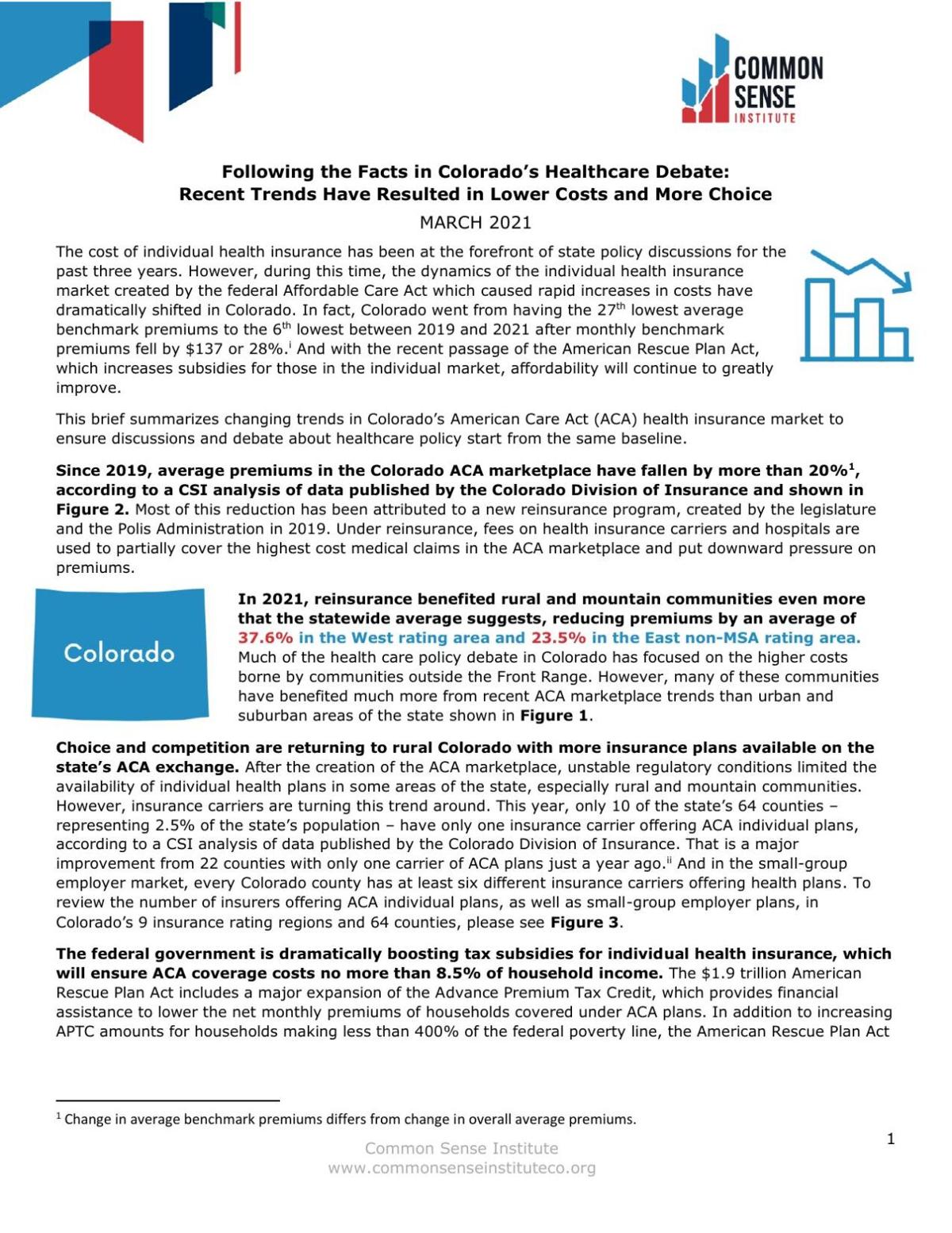 This year legislators are debating a bill that would ask insurers to reduce rates by 20% in two years, or the state would create a below-market policy based on price caps and other limits. Opponents contend the bill cuts too deeply and will hurt access to services, especially in rural communities and mountain towns.

Colorado went from having the 27th lowest average benchmark premiums to the sixth lowest between 2019 and 2021. The average fell by 28%, or $137, the Common Sense Institute said, based on data from the Colorado Division of Insurance.

There's more, the business think tank says: Passage of the American Rescue Plan Act and the infusion of federal stimulus money will increase subsidies for those in the individual market.

Rural areas and mountain communities have seen the greatest reductions above the statewide average, according to the Common Sense Institute.

Premiums fell by an average of 37.6% in the western part of the state and 23.5% on the eastern part, the data shows.

The Common Sense report said availability of individual health plans in some rural areas and mountain communities because of the unsteady start and regulatory conditions when the state's ACA marketplace was created a decade ago.

Just a year ago there were 22 one-company counties.

The individual and small group marketplace represents about 15% of the state's insurance market.