If the federal government stimulates the economy with dollars for infrastructure, the state needs to be ready to cash in, according to a new report published by the business coalition Colorado Concern. 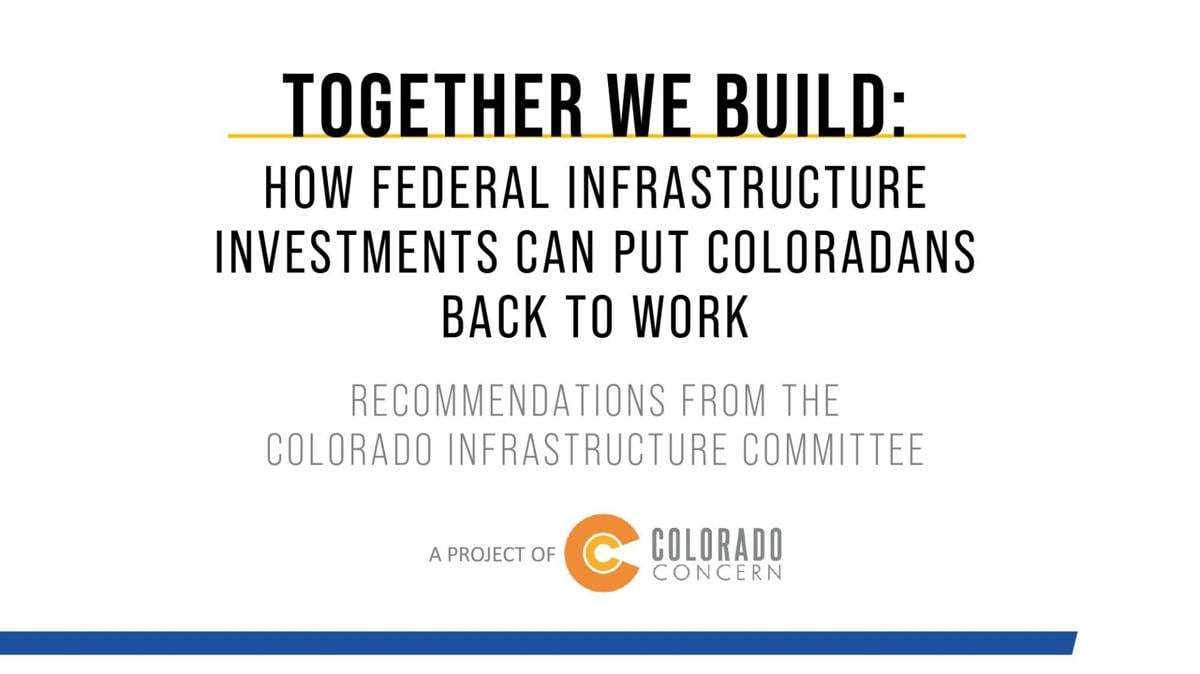 Congressional leaders and White House officials have signaled that could support a federal infrastructure spending plan up to $1 trillion to spur the economy post-pandemic.

Colorado Concern pulled together a bipartisan group to put the state in the best position it can to qualify.

The report notes that Colorado faced a $3 billion shortfall this year and the economic shutdown put 400,000 Coloradans out of work.

When Gov. John Hickenlooper was in office, his highway department assessed $9 billion in transportation needs just to keep up with growth. Gov. Jared Polis, who took office last year, has ambitions toward expanding transit.

The report notes that since 2010, Colorado’s population has grown by more than 750,000, to 5.7 million and could add another million people by 2030 at the current clip.

"But our infrastructure has barely improved since being deemed inadequate by ASCE 10 years ago," the report states. "We are stuck in the poor-to-mediocre category, and unless there is a surge of infrastructure investment soon, things could get worse."