The "red flag" law implemented on Jan. 1, 2020, was triggered 111 times during its first full year on the books, and most of the gun seizures came in situations where individuals struggled with mental health or substance abuse issues.

Colorado Attorney General Phil Weiser's office released a number of details on how the law was used by petitioners on Wednesday.

Under House Bill 19-1177, known as the "Deputy Zackari Parrish III Violence Prevention Act," a judge can issue a temporary Extreme Risk Protection Order that requires law enforcement to remove firearms and/or concealed-carry permits from a person judged to be a threat to themselves or to others, and to hold those weapons for up to 14 days.

If the judge finds after a hearing that a person poses a significant risk by having or purchasing, possessing or receiving a firearm, those weapons can be held for up to 364 days.

Once the order has expired, the weapons must be returned within three days, but only after a law enforcement agency or federally-licensed firearms dealer who has custody of the weapons has conducted a background search to ensure the person is eligible to possess a firearm. The order also must be removed from computer-based background check systems.

Colorado became the 16th state to enact an ERPO law when it was signed into law in 2019.

The law was named after the Douglas County Deputy Sheriff who was ambushed by a man believed to be mentally ill on Dec. 31, 2017.

While family or other household members can file for an ERPO, the report said the majority of petitions were filed by law enforcement officers, and that 85% of those requests became 364-day orders.

The red flag law was challenged by Rocky Mountain Gun Owners and Republican lawmakers in a 2019 lawsuit but was thrown out by a Denver District Court judge.

A person who files a false report can be subject to criminal prosecution. The first reported instance of a false report took place in January 2020 when Susan Holmes filed for an ERPO against a police officer who had shot and killed her son in 2017. She lied on the report that she and the officer had a child together. Holmes was later charged with felony perjury and attempting to influence a public servant; a mistrial in the case was declared last week.

The report said that the majority of ERPO requests came from situations where someone threatened suicide, intimate partner violence and mass shootings.

"Most red flag petitions involved situations where individuals struggled with mental health or substance abuse issues," the report said. "A third of the 364-day Orders were issued after the respondent made suicidal threats, and another third of the Orders were issued to respondents who threatened to harm others with their firearms. The remaining third of the 364-day Orders involved individuals who threatened both suicide and harm to others."

The report noted that Colorado's suicide rate and rate of domestic violence incidents are well above the national average; the state ranks in the top 10 of suicide deaths. Firearms are the most lethal of suicide methods, with more than 80% of suicide attempts using a firearm resulting in death, according to the report.

The bill's sponsors were then Reps. Alec Garnett, D-Denver, and Tom Sullivan, D-Centennial. In a statement Wednesday, now Speaker of the House Garnett said the law was designed to save lives, and" that’s exactly what it’s done in the year and a half since it took effect."

Wednesday's report confirms the law works as intended, he said. "Primarily employed by law enforcement officers, the protection orders allowed under ERPO have protected Coloradans from intimate partner violence, helped to prevent mass shootings, and have been used as a tool to intervene when suicide is threatened. I’m proud of the lives we’ve saved and look forward to continuing to monitor the progress of this law.”

Sullivan said, “[O]pponents of gun violence prevention laws often seek to slow down our progress by claiming that nothing can be done about the gun violence crisis in America. Wednesday's report shows we are making change and saving lives.

"I’m proud to see so many police departments across the state use ERPO as a tool for their service to the community. It is my sincere hope that other departments will see the data presented today and take it as an opportunity to learn more about how they can also use the law to save lives. ”

Sullivan also highlighted the creation of the Office of Gun Violence Prevention, which was established through legislation passed in the 2021 session.

"The next major step we must take is to improve education and awareness around gun violence prevention," he said. 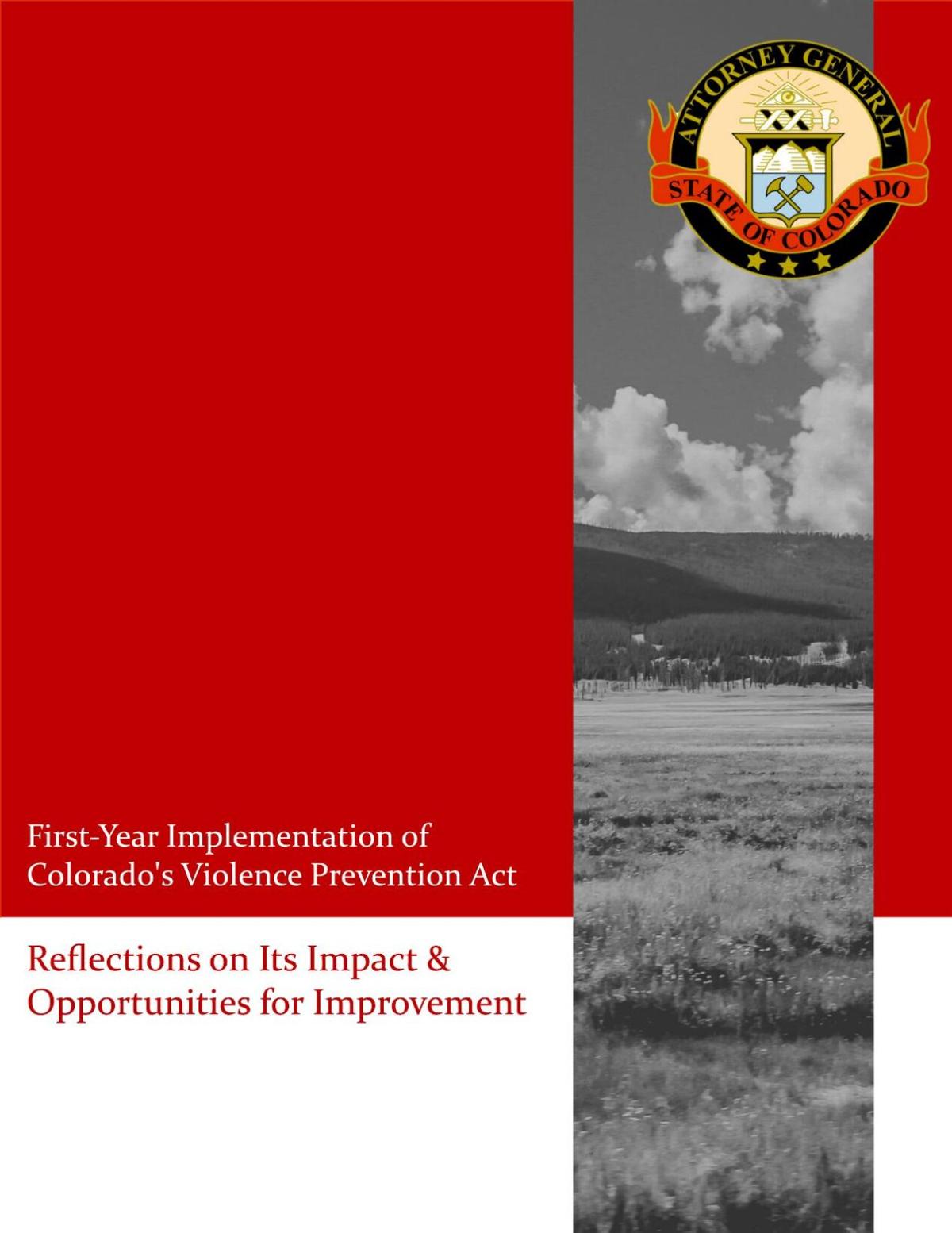 Colorado ‘red flag’ law shows some success, but inconsistent use

The new law, now in effect for nearly 15 months, is supposed to give law enforcement agencies and concerned family members a powerful tool to help prevent mass shootings like the attack at the King Soopers in Boulder that claimed 10 lives.