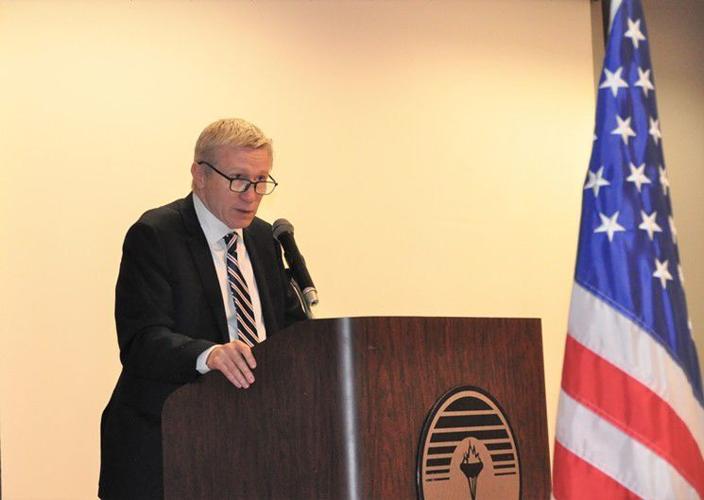 Dean Williams, executive director of the Colorado Department of Corrections 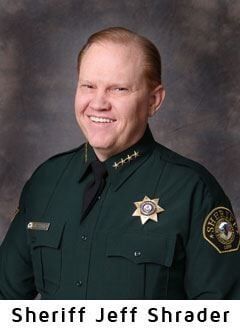 State corrections officials reversed course at the end of Wednesday and reinstituted seeking criminal charges for halfway house escapes, the same day that The Gazette contacted the department for comment on the controversy.

The move by the Corrections Department to not pursue criminal warrants for individuals transitioning from prison who had escaped from halfway houses had generated scathing criticism.

“This is nothing short of a dereliction of DOC’s duty to keep local communities safe while transitioning offenders back into those same communities,” wrote Jefferson County Sheriff Jeff Shrader in a June 27 letter to Dean Williams, the executive director of the Corrections Department.

The Gazette obtained the letter, a copy of which Shrader sent to Gov. Jared Polis, through a Colorado Open Records Act request.

The lack of criminal charges in such escape cases had become so controversial that Williams and Stan Hilkey, executive director of the Colorado Department of Public Safety, the state agency that oversees community-corrections halfway houses, planned to discuss the subject this week.

Late Wednesday afternoon, Merideth McGrath, the Corrections Department’s director of parole, announced to her department that she was reinstating seeking charges for such cases.

“After careful review of our current process, as well as in speaking with stakeholders throughout the state, we have decided as a department to file charges of unauthorized absence for every case who chooses to walk away from community corrections supervision and/or tampers with/removes electronic monitoring,” she wrote to her staff.

Several prosecutors and sheriffs said they still had questions. They wanted to know how long the now-rescinded policy barring parole officials from filing criminal charges for escapes from halfway houses had been in effect and how many individuals may have avoided prosecution during its duration.

Determining how many halfway house escapes had occurred during the new policy couldn’t be immediately determined.

Just over 1,480 offenders transitioning from prison in halfway houses were terminated from community-corrections halfway house programs in Colorado in the fiscal year that ran from July 2020 through June 2021, nearly a 40% decline from the previous fiscal year, according to state data.

Roughly 1 in 4 of those DOC transition clients escaped from their halfway house during that time frame, nearly double the escape rate recorded for the previous fiscal year, that data further shows. More recent figures were not readily available.

One prosecutor, Weld County District Attorney Michael Rourke, said he had asked for an accounting from corrections officials of the names of halfway house escapees in his jurisdiction so he could retroactively seek criminal warrants. He said he received notice of three escapes but was unable to file charges “as we had insufficient information provided from DOC in order to seek a warrant.”

Rourke said he learned about two months ago that the Corrections Department no longer was seeking criminal charges for individuals who escaped from halfway houses — a reversal in longstanding policy. Rourke and several other law-enforcement officials and halfway house operators expressed frustration with that shift and pointed out that nobody at the Corrections Department had provided them any warning.

“There was no communication with the district attorneys at all,” Rourke said.

Weld County Sheriff Steve Reams also took to Facebook to criticize the lack of charges for halfway house escapes. In an interview, Reams said the lack of criminal filings for such escapes was part of a broader trend in which he said corrections officials were failing to “hold accountable” offenders leaving prison.

“It seems the criminal justice system is being watered down to where there are no penalties for pretty severe actions,” Reams said.

Community-correction halfway house officials hadn’t been told the department was shifting away from seeking charges for escapes from halfway houses, and they similarly blasted the move as jeopardizing public safety.

Tim Hand, the community-corrections director in Larimer County, said during a June 24 meeting of the Governor’s Community Corrections Advisory Council, that nobody with the DOC alerted him about the decision to stop seeking criminal filings for halfway house escapes. He said that decision may have been put in place as far back as a year ago.

“We sure should have known about this, in my opinion, so we could deal with it,” Hand said during the meeting.

John Draxler, the chief probation officer for the 13th Judicial District in Logan County, said during the governor’s advisory council meeting that the lack of criminal filings for what are known as transition DOC inmates who escape from halfway houses had also caught his local community-corrections officials unaware and prompted pushback.

The lack of escape charges for DOC clients transitioning back to communities contrasted with how probation officials handle halfway house escapes under their jurisdiction, Hand said. Probation officers still were filing escape charges against those individuals who fled supervision from halfway houses who were directly sentenced there and weren’t DOC transition clients, Hand said.

“I don’t want to be adversarial at all,” Hand said. “But I just need to know what’s going on.”

“It would be nice to hear from director Williams,” Hand said.

Hand said during the meeting that he had his staffers review escapes from his halfway house facility for the past six months and found “a scary list.”

Hand added that his local corrections board in Larimer, which decides which DOC prisoners to accept into the halfway house program, had grown so angry over the lack of criminal filings for escapes that the board was contemplating barring DOC transition inmates from the program.

The DOC decision to stop seeking the charges for halfway house escapes was a shift from decades of practice, Hand stressed during the meeting.

A criminal arrest warrant in such cases alerts law enforcement officers, who then can take a halfway house escapee into custody, resulting in the filing of criminal escape charges. Typically, such arrests occur when the person out on escape is stopped for traffic violations or for other criminal violations.

DOC had a long-standing practice of seeking charges for halfway house escapes along with an administrative process, which prioritized individuals for the DOC fugitive unit. Sometime in 2021, the DOC stopped seeking criminal charges and began relying solely on the administrative process, due in part to a loss of several positions and reclassification of some parole staff to civilian status, said Annie Skinner, a spokeswoman for the Corrections Department.

In defending that policy shift, Skinner earlier had noted that the criminal charges for halfway house escapes for those serving time on nonviolent offenses often are just misdemeanors.

Shrader, in his letter to Williams, stressed that those serving time in a halfway house for violent offenses still could face a felony charge for a halfway house escape despite the new legislation signed into law by Gov. Jared Polis in 2020.

“While I am sensitive to the high level of discretion inherent in law enforcement charging decisions, individualized risk and public safety determinations must serve as the foundation of such decisions, which must in turn be made on an individualized basis,” Shrader wrote.

“Here, DOC has made a policy decision not to charge any individuals who absents themselves from a community corrections placement,” he added. “That failure to consider the characteristics of the particular absence, including the severity of the individual’s underlying charges and their risk to the community, is nothing short an abuse of that discretion.”

In the end, the Corrections Department bowed to such criticism and agreed to reinstate seeking criminal charges for escapes.