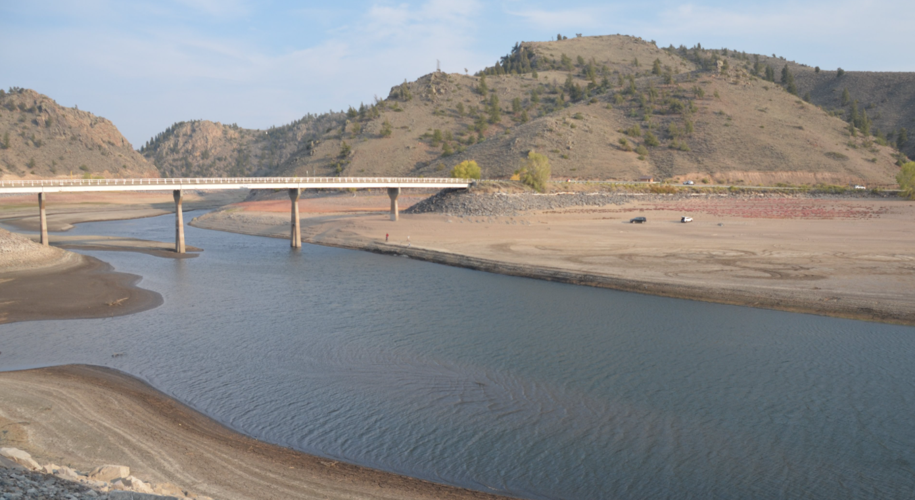 The commissioner for the U.S. Bureau of Reclamation told a U.S. Senate committee Tuesday that the seven states of the Colorado River Basin must come up with an emergency deal – and fast – to conserve between 2 and 4 million acre-feet of water in the next year in order to protect the entire Colorado River system.

If the seven states fail to agree on a plan, the bureau will step in and impose water cuts on the states, Camille Calimlim Touton warned during a U.S. Senate Committee on Energy and Natural Resources hearing on short and long-term solutions to drought in the Western United States. Sen. John Hickenlooper, D-Colo., is a member of that committee.

The timeline for the states to come up with an emergency deal for the water reductions is drastic: Touton gave them only 60 days.

The commissioner gave her testimony amidst persistent drought conditions that have hammered western states and compelled them to voluntarily reduce their allocations from the Colorado River, which supplies water to nearly 40 million people in cities from Denver to Los Angeles and farmlands from the Rocky Mountains to the U.S.-Mexico border. The river has long been over-allocated, and its reservoirs have declined dramatically since 2000 during a severe drought that research shows is being intensified by global warming and that some scientists describe as the long-term “aridification” of the Southwest.

Touton underscored the gravity of the challenge, saying it is unlike any other in the bureau's 120-year history.

Touton's testimony indicated that Colorado might have to resume looking at demand management, a program of compensation for voluntary water use reductions and which the state had put on pause.

Four million acre-feet of water is not just a drop in the bucket. Indeed, the magnitude of the cuts to water allocation brought into sharp focus the peril facing the seven states that rely on the Colorado River to provide water to millions of Americans.

Even if Nevada and Arizona were to give up their entire annual water allocation from the river, it wouldn't be enough to cover 4 million acre-feet of water.

In a statement, head of Arizona's water department called for a "united approach," saying the commissioner's description of the situation "should remove any remaining doubt that the Colorado River states and our federal partners have a duty to take immediate action – no matter how painful - to protect the system from crashing."

"I have seen the data Commissioner Touton has seen and I agree with her conclusions," Tom Buschatzke, director of the Arizona Department Of Water Resources, said in a statement, adding the states must come up with a proposal and avoid having the federal government take "drastic action unilaterally."

Buschatzke also cited U.S. Sen. Mark Kelly of Arizona, who noted Arizona’s “junior” water-rights status and said if his state absorbed the loss of 2 to 4 million acre-feet of water, it would "wipe out water deliveries to cities, tribes and farms in Phoenix and in Tucson.”

Touton told the U.S. Senate committee the bureau announced two drought response plans to raise water levels in Lake Powell by 1 million acre-feet within the next year. The first is to release 500,000 acre-feet of water from Utah's Flaming Gorge Reservoir, tied to the drought contingency plan approved by the four upper basin states in 2019. Another 480,000 acre-feet will be left in Lake Powell by reducing Glen Canyon Dam’s annual release volume from 7.48 million acre-feet to 7 million acre-feet, and that's tied to the 2007 interim guidelines that control the operations of both Glen Canyon and Hoover dams.

Colorado's Blue Mesa Reservoir in Gunnison County was tapped last year, along with Flaming Gorge and Navajo Reservoir in southwestern Colorado, to put more water into the system to keep electricity going at Lake Powell. Blue Mesa is now at its lowest level since it was first filled in the 1960s, according to Karl Wetlaufer of the USDA’s Natural Resources Conservation Service. It will take significant snow and rainfall to raise those water levels, he said during a meeting of the state's Water Availability Task Force last month.

Touton noted the bureau has the authority to act unilaterally to protect the system.

"And we will protect the system," she said, adding that, for now, the bureau is trying to work cooperatively with the states and tribes in reaching a consensus in the next 60 days. "Faith is not enough. We need to see the action."

Demand management, referenced by Touton during her testimony, was a key part of the Drought Contingency Plan the basin states agreed to in 2019. Under the plan, the Upper Basin states — Colorado, New Mexico, Utah and Wyoming — would look into paying people to conserve water and store it in Lake Powell.

"It's been declining because of drought, when the water is not there, either legally or physically," Mueller  said, adding ranchers and farmers on the Western Slope are just not taking their full allotment.

The push for a new emergency deal to cope with the Colorado River’s shrinking flow comes just seven months after officials from California, Arizona and Nevada signed an agreement to take significantly less water out of Lake Mead, and six weeks after the federal government announced it is holding back a large quantity of water in Lake Powell to reduce risks of the reservoir dropping to a point where Glen Canyon Dam would no longer generate electricity.

Despite those efforts and a previous deal among the states to share in the shortages, the two reservoirs stand at or near record-low levels. Lake Mead near Las Vegas has dropped to 28% of its full capacity, while Lake Powell on the Utah-Arizona border is now just 27% full.

Ian James of the Los Angeles Times contributed to this report.