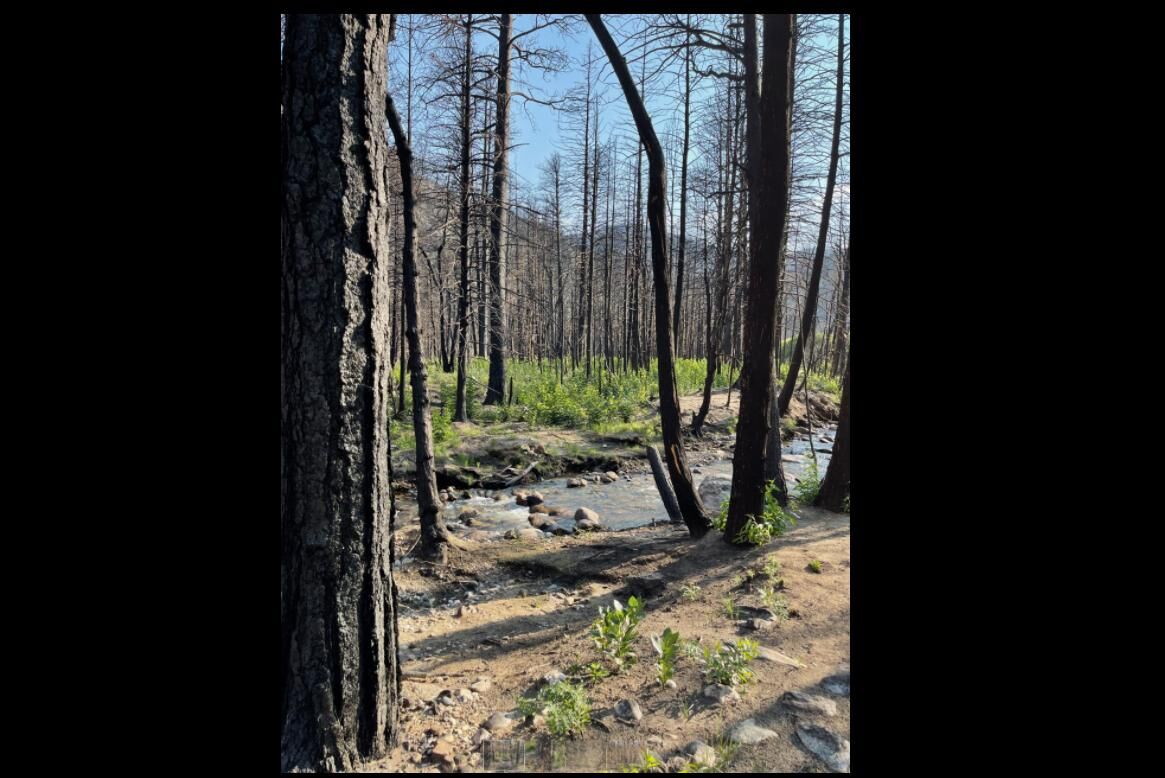 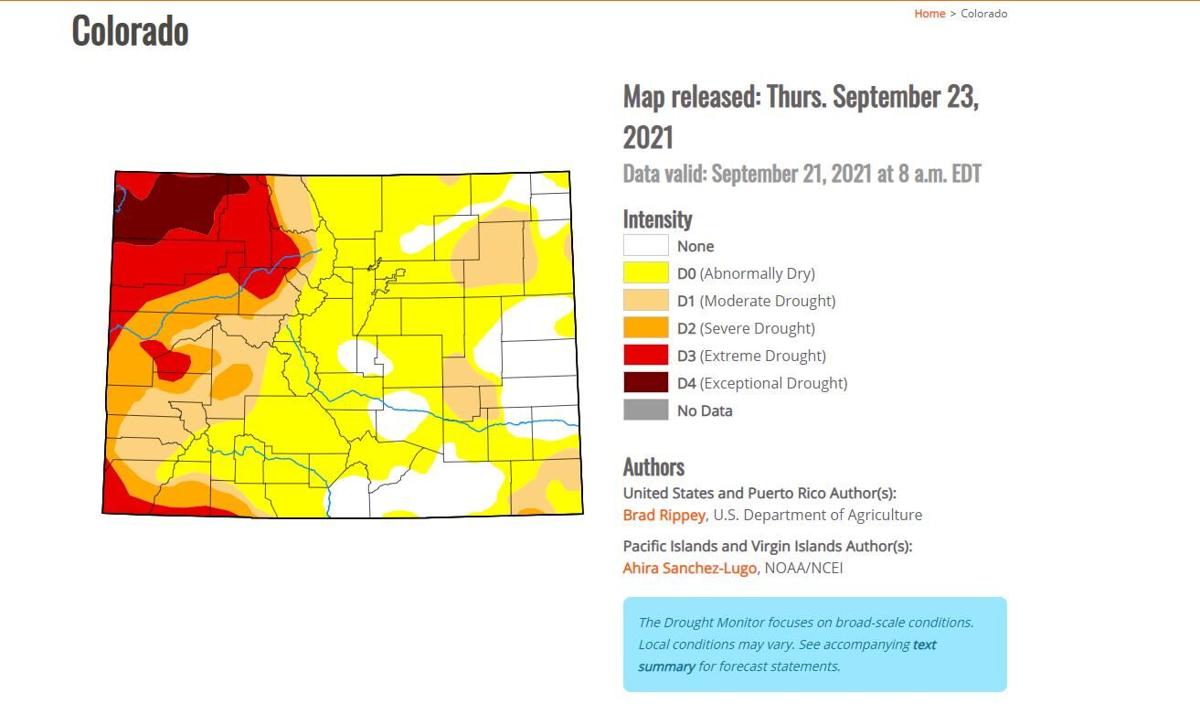 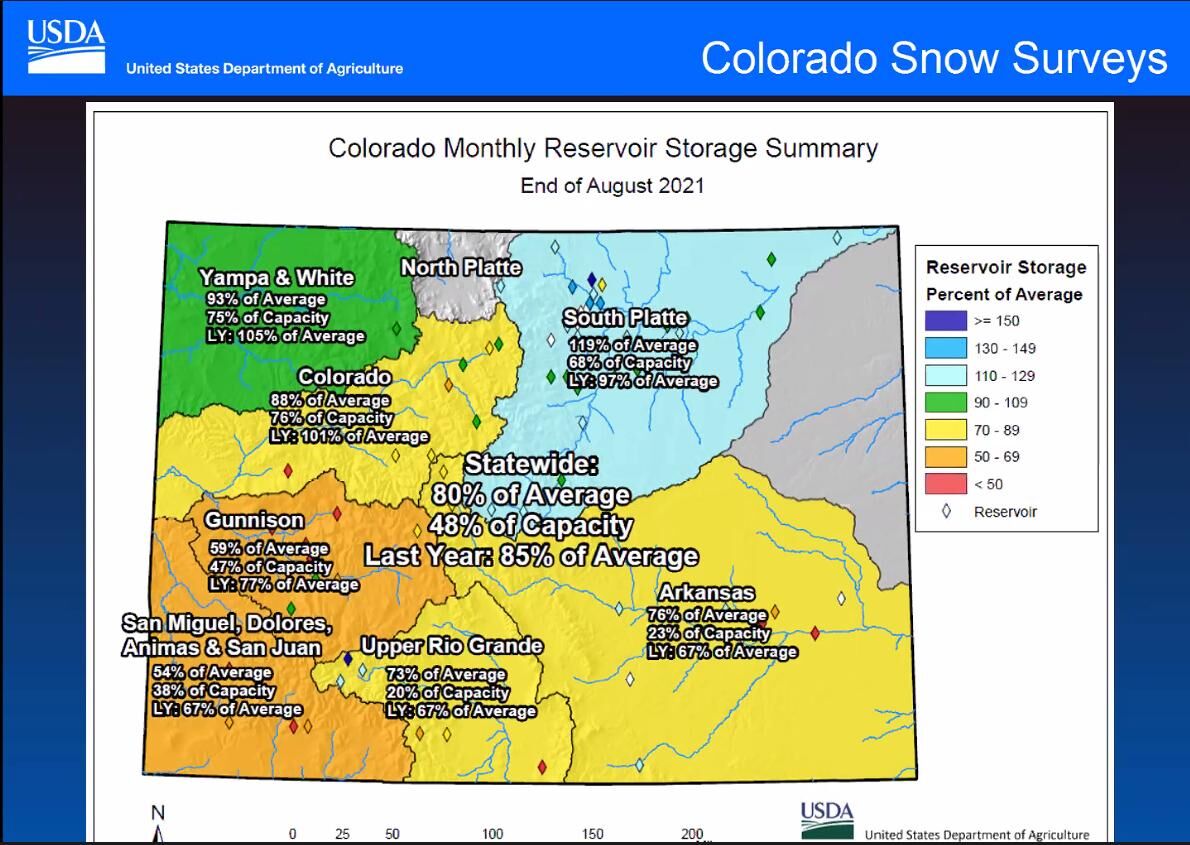 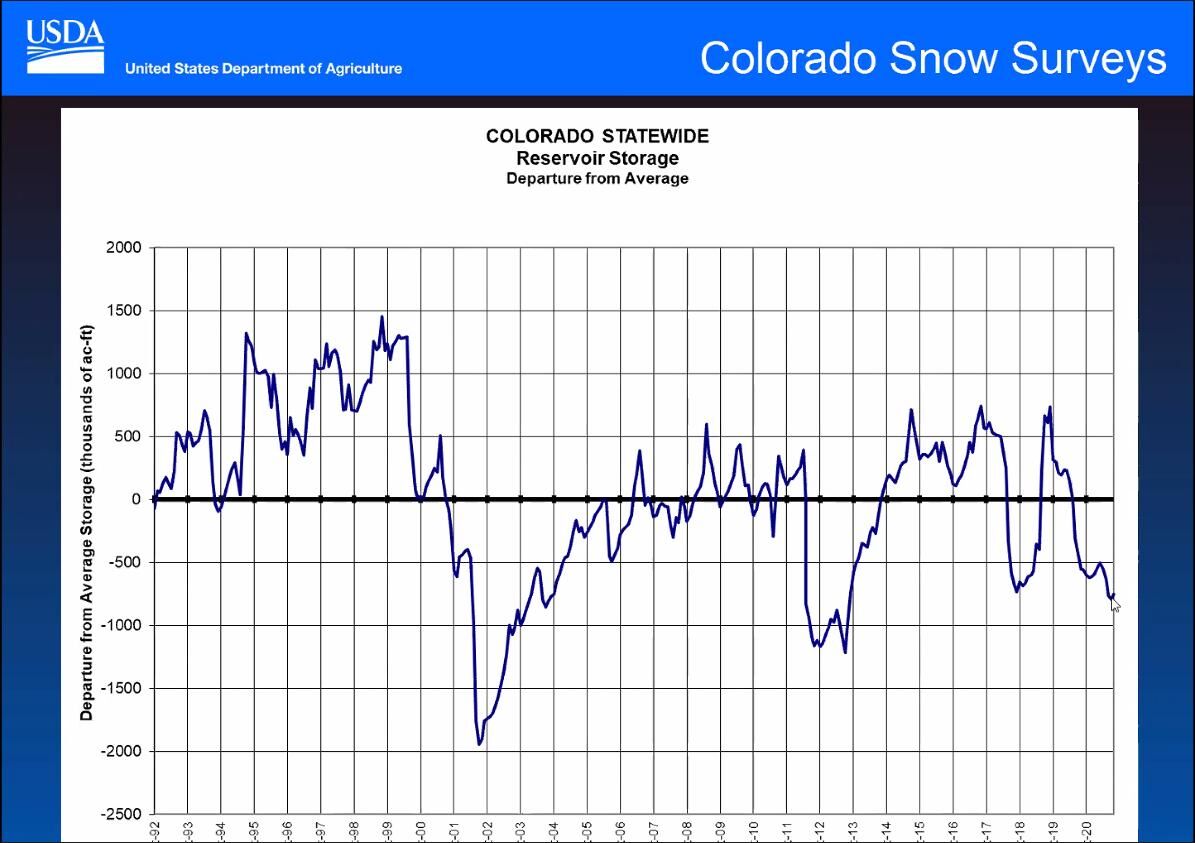 The summer monsoons brought good moisture to the Western slope, relieving some of the two-year drought that has plagued areas west of the Continental Divide.

But higher than average demand for water, spurred by growth in some parts of the state, means some reservoirs are at their lowest levels, approaching the records set in 2002 and 2018. And one particular river basin is in pretty bad shape, according to Thursday's reports.

The reports came out during the monthly meeting of the state Water Availability Task Force, a collection of state water officials, climatologists, municipal water providers and federal water watchers.

According to Assistant State Climatologist Becky Bolinger of the Colorado Climate Center, the Yampa/White River basin, primarily in Routt and Moffat counties, has seen the worst of it this year, with below average precipitation and, even more concerning, below average stream flows. Based on the most recent reports from the U.S. Drought Monitor, the Yampa basin is in the most severe drought level, known as D4 for exceptional drought, since the first monitoring of drought levels started in 2000, and that level has persisted for almost 52 straight weeks, also a record.

It's meant that the large sections of the Yampa have been closed to fishing for virtually the entire summer, according to the state division of parks and wildlife.

Bolinger said the 2021 summer was the fourth warmest on record, going back 127 years. There was only one month — February — where temperatures were below average for the entire water year that runs from Oct. 1 to Sept. 30.

Monsoons, however, kept the state from setting records for dry conditions, Bolinger indicated. There was above average rainfall in Western Colorado, particularly for the Colorado River basin, but not enough to overcome drought conditions in northwestern Colorado counties such as Moffat, Rio Blanco and Routt.

And drought conditions are starting to rise on Colorado's Eastern Plains. Bolinger noted that Washington County had the driest summer on record. About 41% of the state is in some form of drought, although that's better than it was in January, when the entire state was in drought.

Evaporative demand, when which is how much moisture the atmosphere takes out of the surface, is also very high, Bolinger said. That makes drought conditions worse and acerbates wildfire situations.

Bolinger said there is a high likelihood that Colorado will experience a weak "La Niña" winter, meaning a wet pattern that may provide more snowfall over the northern mountains but drier conditions and less snowfall in the San Juan Mountains in southwestern Colorado and the Eastern Plains.

In the Gunnison River basin, where the Bureau of Reclamation is tapping Blue Mesa Reservoir to keep electrical generation going at Lake Powell, reservoir levels are almost at the lowest in history, Wetlaufer said. Statewide, reservoir storage is at about 80% of average, down from 85% a year ago, and at 48% of capacity.

Stream flows are also well below normal, Wetlaufer explained, even in areas of the state that had good snowpack. The effect of very dry soils from the winter months, combined with a warm and dry summer, meant some parts of the state, like the Yampa, saw their stream flows drop to 32% of normal flows. "This is the most dramatic example of the multiyear effect of drought, making a huge gap between peak snowpack and what we observe in the streams," Wetlaufer said. "PRAY FOR SNOW IN 2022!"

Brian Fitzpatrick, water resources manager for the city of Aurora, said he hadn't seen flows on the South Platte that low since the state's worst drought in 2002.

Representatives from Denver, Castle Rock and Highlands Ranch all said water demand has been higher than normal, and hasn't yet tapered off in September as is usual. Castle Rock's Matt Benak attributed the 5% increase in demand to growth.

The impact of this year's precipitation has meant struggles for farmers planting millet and winter wheat, according to Joel Schneekloth, a regional water resources specialist at Colorado State University. He explained that for some farmers, the rainfall has been so spotty that they're checking fields to see which ones caught rain and then immediately move to plant wheat in those fields. The good news seems to be that while fields have been drier than average, crops don't seem to be using as much water, which he theorized could be due to higher humidity levels.

RIVER TOWNS: PUEBLO | Giving and taking on the Arkansas River

RIVER TOWNS: GLENWOOD SPRINGS | The Colorado and Roaring Fork are its lifeblood and a harbinger

A vacation destination since its founding — unlike most Colorado settlements, built around mining, agriculture or the railroad — Glenwood Springs remains a four-seasons playground. The city depends on the health of the rivers to sustain its economy and the idyllic quality of life enjoyed by its 9,963 year-round residents.

RIVER TOWNS: FORT COLLINS | A decades-long struggle over the future of the Poudre River nears its boiling point

It’s difficult to overstate how important Fort Collins’ residents feel the river is to the city.

Ask people in Cañon City about the early days of their residency, and there is a chance their origin stories will contain one common feature: the river.