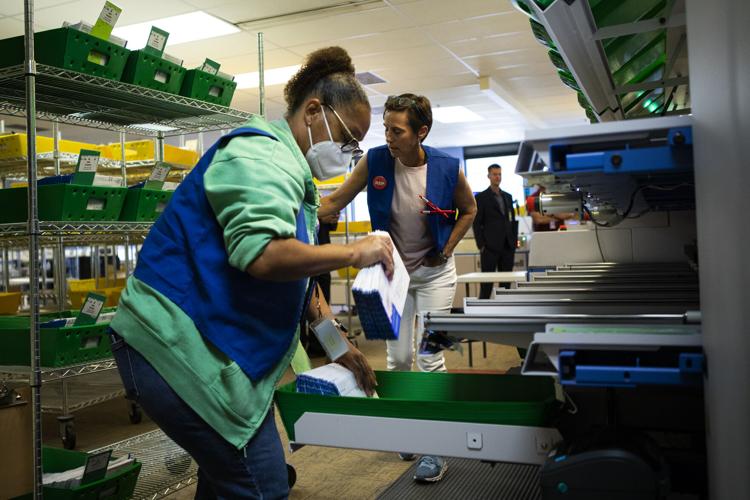 An election judge works the sorting machine as boxes of ballots go through an initial sort at the Denver Elections Division on Bannock Street on Tuesday, June 28, 2022, in Denver, Colo. (Timothy Hurst/The Denver Gazette) 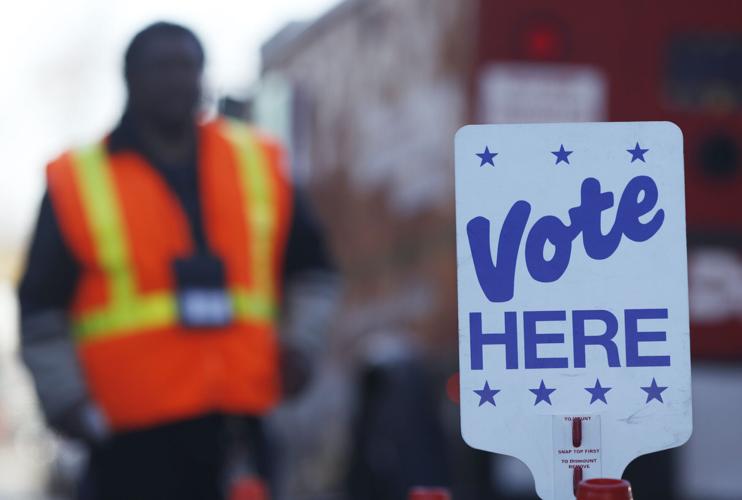 In this file photo, election judge Ed Wingfield waits for motorists to drop off ballots outside the Denver Election Commission headquarters on Election Day, Nov. 8, 2016 in downtown Denver. 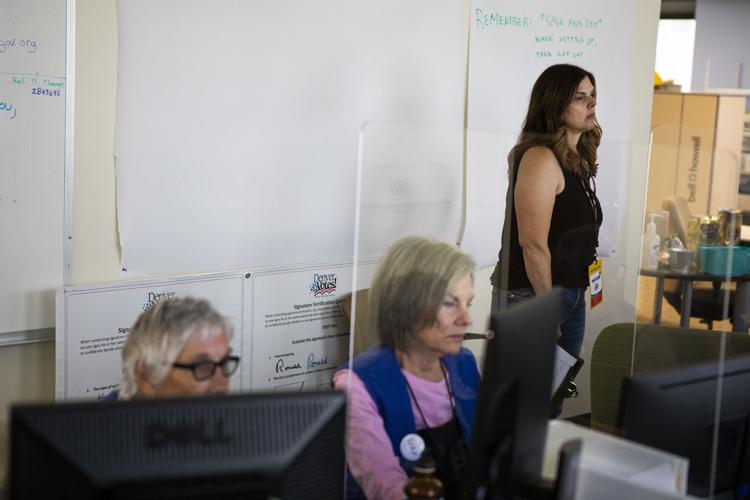 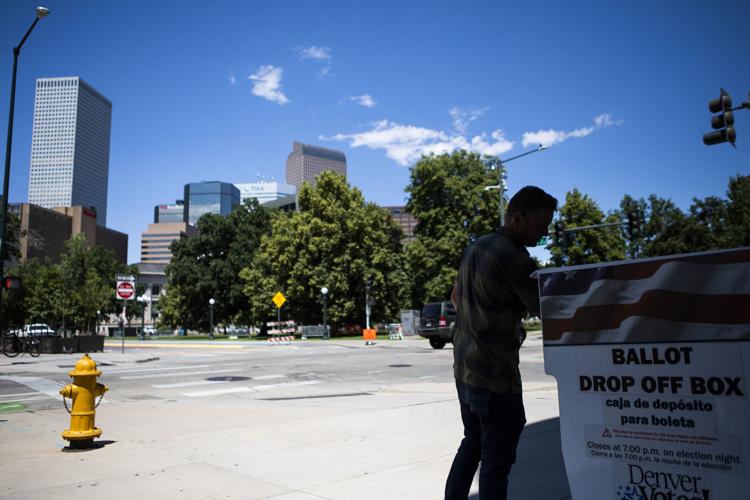 A voter drops off his ballot at the dropbox outside the Denver Elections Division on Bannock Street on Tuesday, June 28, 2022, in Denver, Colo. (Timothy Hurst/The Denver Gazette)

An election judge works the sorting machine as boxes of ballots go through an initial sort at the Denver Elections Division on Bannock Street on Tuesday, June 28, 2022, in Denver, Colo. (Timothy Hurst/The Denver Gazette)

In this file photo, election judge Ed Wingfield waits for motorists to drop off ballots outside the Denver Election Commission headquarters on Election Day, Nov. 8, 2016 in downtown Denver.

A voter drops off his ballot at the dropbox outside the Denver Elections Division on Bannock Street on Tuesday, June 28, 2022, in Denver, Colo. (Timothy Hurst/The Denver Gazette)

This year’s primary election saw the lowest turnout of young voters since Colorado began tracking primary voter ages in 2018, with experts speculating the two major parties are failing to engage the youth.

Only 4.3% of the 1.235 million ballots cast last month were from Coloradans age 24 or younger, according to data from the Secretary of State’s Office. That’s a huge dip from 5.9% in the primary for the 2020 presidential election. While presidential elections often inspire more engagement, this year's youth turnout is still less than the 2018 primary, which saw 4.8% of voters age 25 or younger.

Sara Loflin, executive director of the political nonprofit Progress Now Colorado, attributed the decline of young voters this year to the lack of progressive candidates on the primary ballot. Young voters are overwhelming liberal, with 55% of 18- to 29-year-olds preferring Democratic political control and only 34% preferring Republican control, according to a 2022 poll from Harvard University.

“I think the biggest reason for this was a lack of contests on the progressive side,” Loflin said. “Young voters will turn out in November.”

Major offices, including governor, secretary of state and U.S. senator, offered sole candidates on the Democratic side last month, meaning the primary contests for those statewide races occurred only in the GOP ballot. Of the 82 state legislative races, only 23 had contested primaries — 16 of which featured competing Republican candidates.

Joe Jackson, executive director of the Colorado Republican Party, offered a bleaker explanation for the lack of young voters, suggesting a disinterest in the political process due to current events, such as rising costs in Colorado and nationwide.

“Maybe they couldn't afford the gas to return their ballot due to the failed energy policies supported by Michael Bennet and Jared Polis,” Jackson said.

The primary election came at a time of record-setting inflation, spiking prices of homes and a general sense of how unaffordable living in Colorado has become, particularly in metro Denver. People who are struggling financially are less likely to engage in politics. A 2020 report found that low-income Americans vote about 20 percentage points lower than high-income Americans.

However, Morgan Carroll, chair of the Colorado Democratic Party, said she expects other current events will spark more political action from young people in the general election. Carroll pointed to ongoing climate change concerns and the Supreme Court’s recent decision to overturn federal protections for abortion.

Carroll said Colorado’s Democratic party is “committed to energizing young voters” by focusing on these issues.

"We’re the only party offering young voters candidates who will act on reproductive justice, take comprehensive action on climate change, and pass measures to make Colorado affordable,” Carroll said. “We’re unified behind strong Democratic candidates and we look forward to strong turnout in the fall.”

While the outcomes of the primary election could determine local policy on many of those issues, New Era said the decrease in young voters may be due to the unique barriers young people face when it comes to participating in elections, such as moving frequently and not being targeted and engaged by political campaigns.

New Era called Colorado’s young adults “untapped potential” in local politics, making up one-third of the electorate and the largest and most diverse voting bloc in Colorado.

“Young voters want a say in how we shape the future of our state, especially on local levels where they can see change happen,” said Nicole Hensel, executive director of New Era Colorado. “Both candidates and those already in office need to center young people’s priorities in decision-making processes to build the trust and sense of hope needed to turn young voters out.”

The 30-second ad, made available to Colorado Politics in advance of its release, features fly fishing guide Greg Felt, an unaffiliated voter from Salida, who credits Bennet with fighting for public land as he stands knee-deep in the Arkansas River, fly rod in hand.