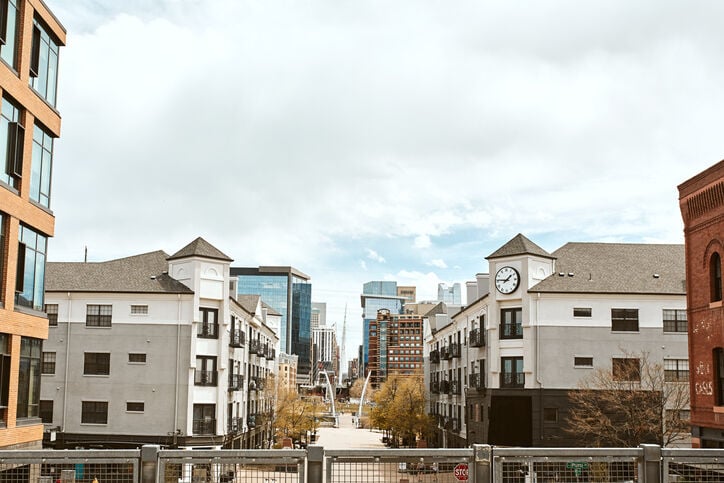 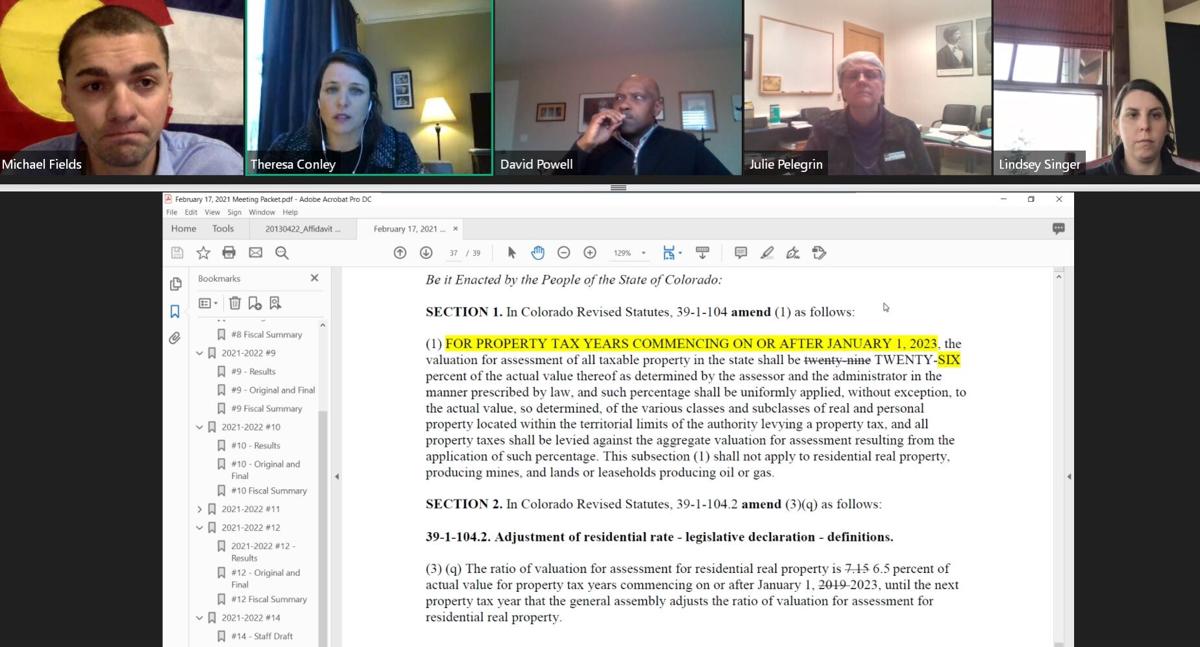 The Title Board met virtually on Feb. 17, 2021 to discuss a property tax rate reduction ballot initiative.

The Title Board met virtually on Feb. 17, 2021 to discuss a property tax rate reduction ballot initiative.

Members of the Title Board set a ballot title on Wednesday for a proposed initiative that would lower property tax rates by an estimated $1.2 billion across Colorado.

If no party asks for the board's reconsideration, proponents will be on track to begin gathering the 124,632 required signatures to place Initiative #14 on the statewide ballot.

"We were very happy with the ballot language that the Title Board approved," said Michael Fields, executive director of the conservative advocacy group Colorado Rising State Action. "Families deserve a break on their ever-increasing property tax bills — and our small businesses need this reform to remain competitive with businesses in other states. We have no doubt that this proposal will be extremely popular with voters."

Fields and Lindsey Singer are the designated representatives for the measure.

Legislative Council Staff estimated that the decrease in revenue to cities, counties, special districts and school districts if the measure were to pass would mean, among other things, that the state would have to spend an additional $280 million per year for school districts. Voters in the 2020 general election previously elected to halt the decline of residential property tax rates formerly required under the Gallagher Amendment.

The ballot information booklet explained that freezing the residential rate would increase property tax collections for school districts and shrink the state's share of K-12 funding.

The three-member Title Board determines whether proposed initiatives contain only one subject, per constitutional requirement. If so, the board sets a ballot title to appear before voters that is brief, yet summarizes all central features of the initiative.

In other business, the proponents of five related measures pertaining to the state's direct democracy process asked the board to reconsider its actions from early February, when members granted a title to two of the measures and rejected three on single subject grounds.

The board agreed to slightly revise the wording on the approved versions of the "Petition Rights Amendment," while declining to reverse themselves on the others.

Designated representatives John Ebel and Donald L. "Chip" Creager III have reappeared before the board repeatedly since December to seek approval of their one-page proposal, which would establish a near-universal right to ballot initiative in state and local governments, create a penalty for those who interfere with the work of petition circulators, and revamp several procedural features of the initiative process, among other changes.

As with the previous attempts, the Title Board rejected proponents' design to alter constitutional protocols with a statutory amendment, deeming the maneuver a second subject.

"That was the fatal flaw," said board Chair Theresa Conley.

The Title Board will consider setting a ballot title on Wednesday for a proposal to lower property tax rates statewide, siphoning an estimated $1.2 billion in revenue from local governments.