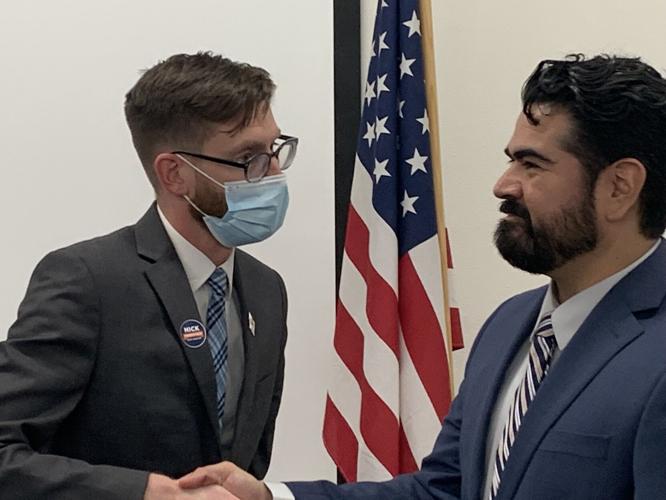 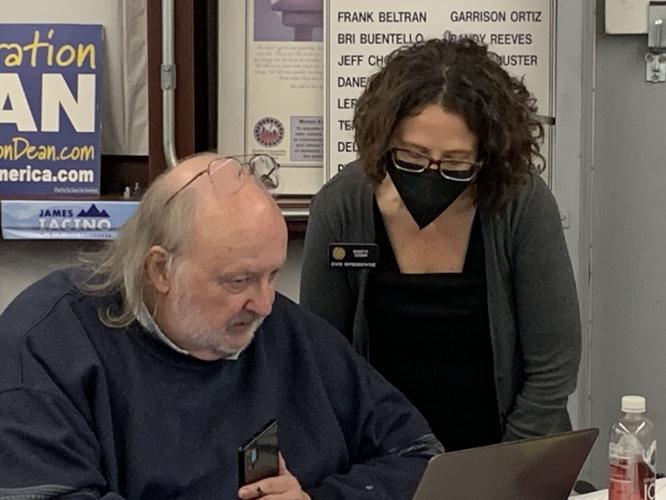 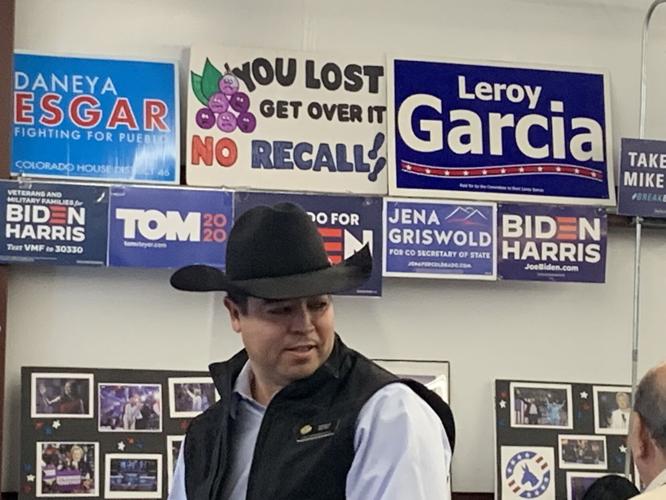 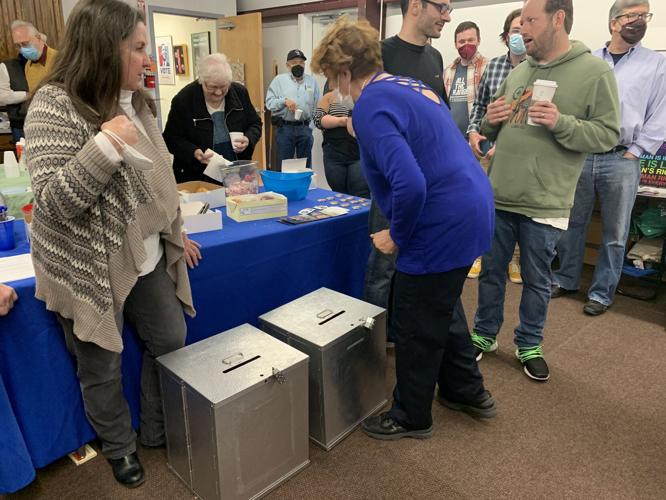 Ballots being dropped off during Saturday's election. 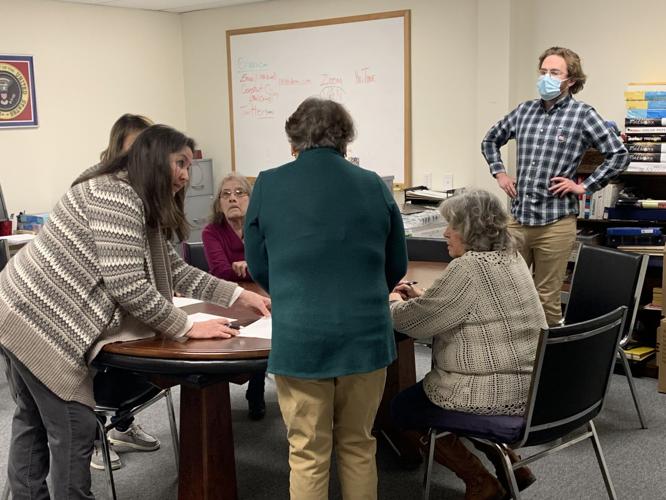 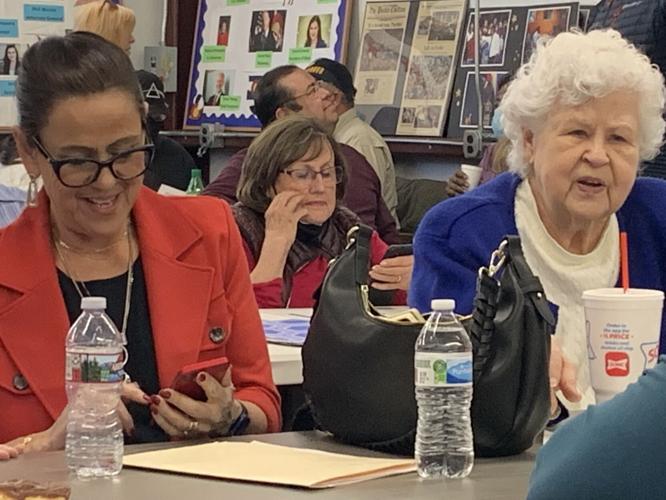 Ballots being dropped off during Saturday's election.

The race to succeed Senate President Leroy Garcia in the Senate district 3 seat in Pueblo was expected to be a two-person race between Nick Hinrichsen and former state Senator Angela Giron.

But Giron failed to gain enough votes on the first ballot to move on, and Hinrichsen won in a landslide on the second ballot on Saturday.

The vote at the Pueblo Democratic Party featured four candidates: Jason Munoz, Brandon Martin, Hinrichsen and Giron. Three other candidates who had submitted letters of intent withdrew in the days prior to the Feb. 19 election.

Hinrichsen, 35, will be sworn in on Thursday, Feb. 24. Currently the operations supervisor for Pueblo Transit, Hinrichsen is also a candidate for the SD3 seat in November.

Garcia announced Feb. 3 he would step down to become ​​special assistant to the assistant secretary of the Navy for Manpower and Reserve Affairs within the Department of Defense at the Pentagon. His appointment does not require U.S. Senate confirmation.

Hinrichsen told reporters Saturday he is taking a leave of absence, starting Monday, from Pueblo Transit but will return to that position once the General Assembly adjourns May 11.

He is married to former state Rep. Bri Buentello, who is government affairs director for Stand for Children in Colorado. (She told Colorado Politics she is not the group's lobbyist; that job is handled by someone else.)

The first ballot resulted in 88 votes for Hinrichsen, 84 for Munoz, 76 for Giron and 49 for Martin. On the second ballot, Hinrichsen took 75 votes to Munoz’ 31.

Senate District 3 covers most of Pueblo County, but the new district, as redrawn by the redistricting commission last year, will include the more conservative parts of Pueblo County, including all of Pueblo West. The redistricting commission rated the seat at a 5% Democratic lean, although those numbers are based on elections in 2016, 2018 and 2020, when then-President Donald Trump was considered a factor.

The seat is now considered competitive, and the top target for the Colorado GOP, which hopes to take three seats in the state Senate in order to wrest control away from Democrats, who have held the majority since 2018.

Hinrichsen said he would continue Garcia’s legacy, as well as push for legislation Garcia is sponsoring.

“Most importantly is the collective bargaining agreement for public employees” that is in the works, he said. That bill is expected to be sponsored by House Majority Leader Rep. Daneya Esgar, D-Pueblo, and Majority Leader (and President-elect) Sen. Steve Fenberg, D-Boulder.

Fenberg, in a statement after Hinrichsen's win, said, "I offer my sincere congratulations and a huge welcome to Nick Hinrichsen, the next Senator to represent Senate District 3. The people of Pueblo can rest easy knowing they will have a strong voice representing them in the Colorado Senate. I look forward to working alongside Senator-elect Hinrichsen to move Colorado forward by building safer and healthier communities, making Colorado a more affordable place to live, and setting our students up for success."

Hinrichsen pledged to voters outside of City of Pueblo limits that the first time they hear from him will not be by mail or through a TV ad.

“I will talk to everybody. We will be in Pueblo West, and Rye and Colorado City,” he said. "I will be working closely with the farmers and all the interests of the district to represent Pueblo and Pueblo County.”