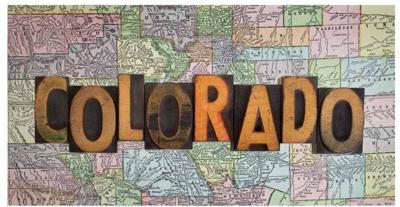 Eventually there will be four Republicans, four Democrats and four unaffiliated commissioners each on the legislative and congressional commissions.

The selection process comes as the Census Bureau has announced that the data required for the once-in-a-decade political remapping, as prescribed in the U.S. Constitution, will be delayed until fall, missing the spring deadline by months this year. The delay could have an effect on the 2022 election cycle, if new maps can't be prepared in time.

Census: No redistricting data until end of September

Jessika Shipley, a member of the state's nonpartisan Legislative Council, which is facilitating the redistricting commissioner selection and other technical aspects of the commission's work, said it's unclear exactly how the delay will affect Colorado's process, but that she and the Legislative Council are focused on getting the commissioners selected so they can begin to meet and discuss how to handle this year's process.

After the first round of each commission's selection, the remaining pool of qualified and reviewed applicants will be provided to legislative leaders, who will further narrow the pool before a final random selection and judicial selection process.

The same process is moving along for the state’s independent congressional redistricting commission. That commission’s first six members were selected Feb. 1, using the same process.

The commissioner selection process will finish for both commissions in the coming weeks.

Here’s a look at the six newly-selected commissioners, based on the information they provided in their applications.

Kevin Fletcher is a Golden resident and retired accountant, with a master's degree in accounting from the University of Illinois. He’s served on a variety of public boards, including city and county boards and committees, as well as his homeowners association.

Fletcher said his experience as an auditor and certified public accountant demanded him to be impartial and independent in his work, which he believes will help the state’s redistricting efforts.

Fletcher didn’t list any past political activity, describing himself as “politically inactive,” but he said he wants to see competitive districts throughout Colorado.

Samuel Greenidge is a Longmont resident, mathematics instructor and the youngest commissioner on either of the commissions so far. Greenidge is studying mathematics at the University of Colorado, and expects to graduate this spring. Part of his studies have focused on the mathematics of redistricting.

He listed his experience as a math teacher as an asset for the work the commission will have to do, because being a teacher requires him to “communicate complicated ideas in an accessible way,” and “understand and root out the causes of misunderstandings” for his students.

Greenidge listed in his application for the commission a decision to vote for candidates from all parties: “I have never donated to or volunteered with a political campaign. As a long-term resident of Weld County I've grown up in a predominantly Republican environment, and as a student at Front Range and CU-Boulder, I've been educated in a predominantly Democratic environment. After voting along party lines in my first election (though I remained unaffiliated) and seeing the outcome I made a personal commitment to vote for a mix of Democratic, Republican, and Third Party Candidates in each election, a commitment which I have carried out in both the 2018 and 2020 elections.”

Gary Horvath is a Broomfield resident and semi-retired business and economic researcher. He has a master’s degree in business administration, and has served on several boards and held leadership positions in professional associations, ranging from county economic partnership boards to professional economics, electronics and tennis associations.

In his professional research, Horvath has worked with state demography data and Census Bureau data, he wrote in his application, which has helped him “understand the role it plays in the districting process.”

He also described work he did at the University of Colorado on their annual economic forecast, as relevant advocacy experience. The project required getting feedback from hundreds of people in the Colorado business community and organizing an event for 800 attendants.

Horvath said he hasn’t given political contributions to any party or candidate in recent years, and that any past contributions were minimal.

Robin Shepper is a Steamboat Springs resident, and a consultant working with Routt County on their COVID-19 response efforts. She was formerly a staff member of the Bill Clinton and Barack Obama administrations, and described her being the child and grandchild of immigrants as giving her a sense of commitment to serve her community.

During her time in the Obama administration, Shepper worked on the strategic planning for the Let’s Move initiative, spearheaded by Michelle Obama, and on the Pentagon’s Healthy Base initiative aimed at improving nutrition on military bases. She said both are examples of bringing together varied constituencies for collaborative projects.

Shepper said she wants to serve on the commission to “represent the interests of rural western Colorado and at the same time different constituencies that are important to the vibrance of Colorado’s ranchers, small businesses, tourist economies, the ski industry, parents and schools.”

Shepper is on the Routt County United Way board, and chairs the Steamboat Springs High School Parent Information Committee. Most recently, she listed working on the campaign to pass a school bond in Steamboat Springs.

John Barnett is a Denver resident and senior manager at DaVita, a health care company that specializes in dialysis and diabetes treatment. He earned a master’s degree in business administration from Northwestern University, after studying finance at the University of Colorado.

Barnett said his work has focused on business data and analytics, which he described as a skill that will help the commission with their work.

Barnett serves on the Leadership Program of the Rockies advisory council and the Junior Achievement - Rocky Mountain nonprofit.

“I know that this process has been very contentious in the past and often left to the courts to decide, even up to almost a decade after the fact,” Barnett wrote in his application.

He said he hopes he can contribute to Colorado’s redistricting process being seen as “an example across the country of what can be accomplished when Democrats, Independents and Republicans come together for the common good.”

John Buckley is a Colorado Springs resident, an attorney with his own practice and former Air Force fighter pilot. After his service in the Air Force, Buckley earned a master’s degree in management and then a law degree from Harvard University.

Buckley was elected to his Harvard Law student government as a conservative on the theme “Agreeing to Disagree,” he wrote in his application, touting the ability to work with people he disagreed with, in order to accomplish a mission, something Buckley said he learned from his Air Force service.

He has served on several boards, including the Veterans Trauma Court of 4th Judicial District advisory board, the Rotary Club of Colorado Springs, the Colorado Parkinson Foundation and others. He has helped work on state legislation dealing with divorcees’ parenting time disputes and other topics related to the practice of law in Colorado.