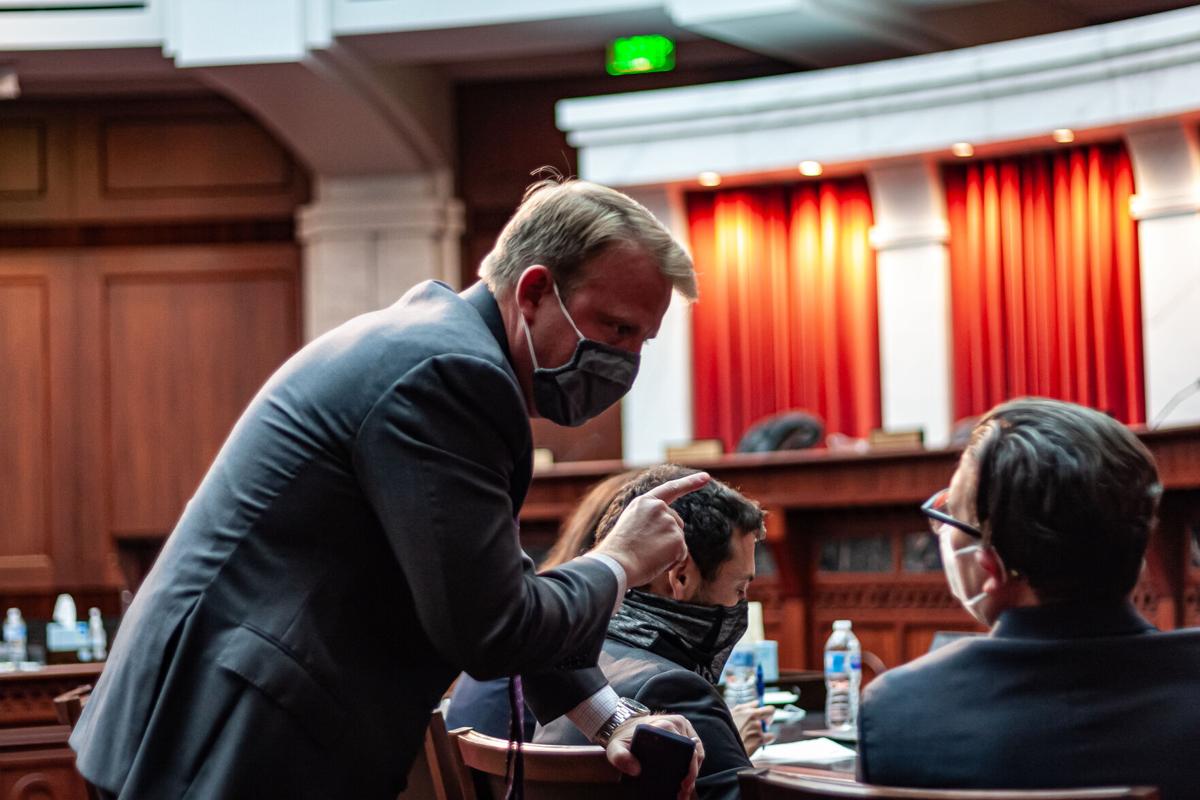 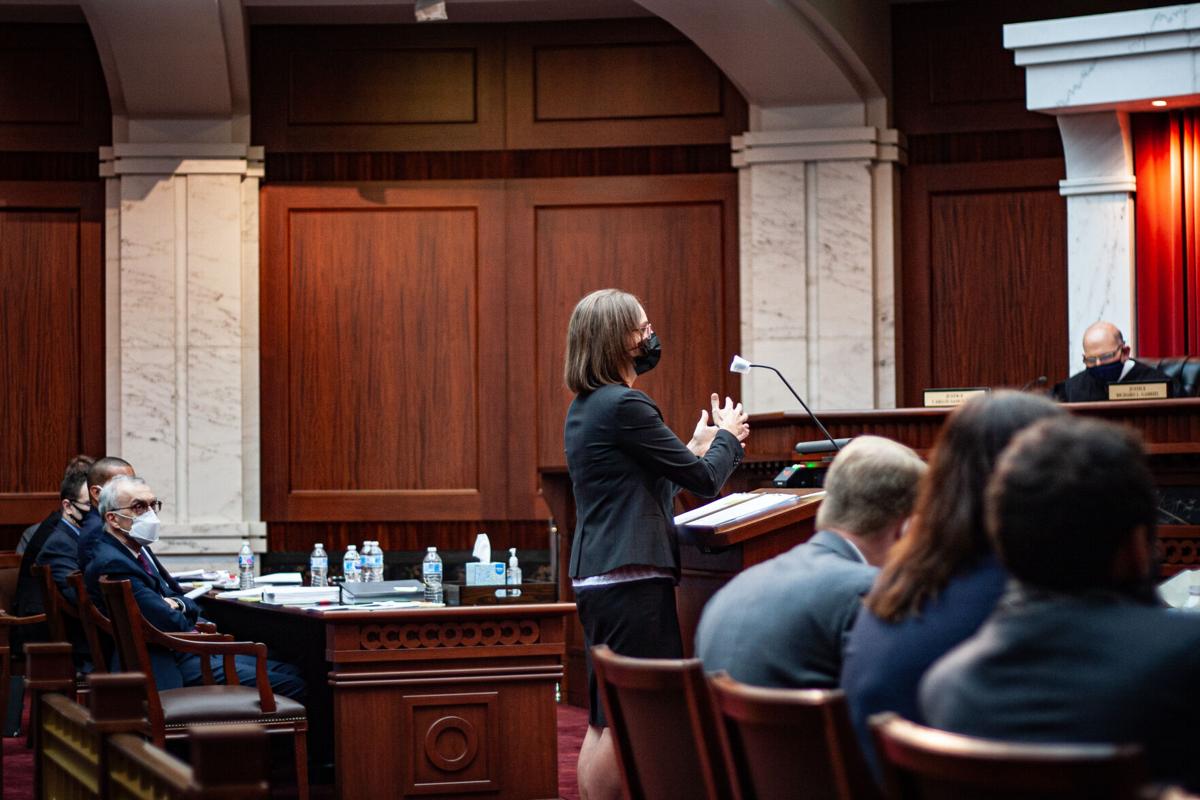 Kendra N. Beckwith, an attorney with the Colorado Latino Leadership, Advocacy & Research Organization, told the state Supreme Court on Tuesday, Oct. 12, 2021 that the state's congressional redistricting commission failed to follow the state constitution, when it comes to drawing a district plan that empowers Hispanic voters in the state. (Photo by Evan Wyloge/The Colorado Springs Gazette) 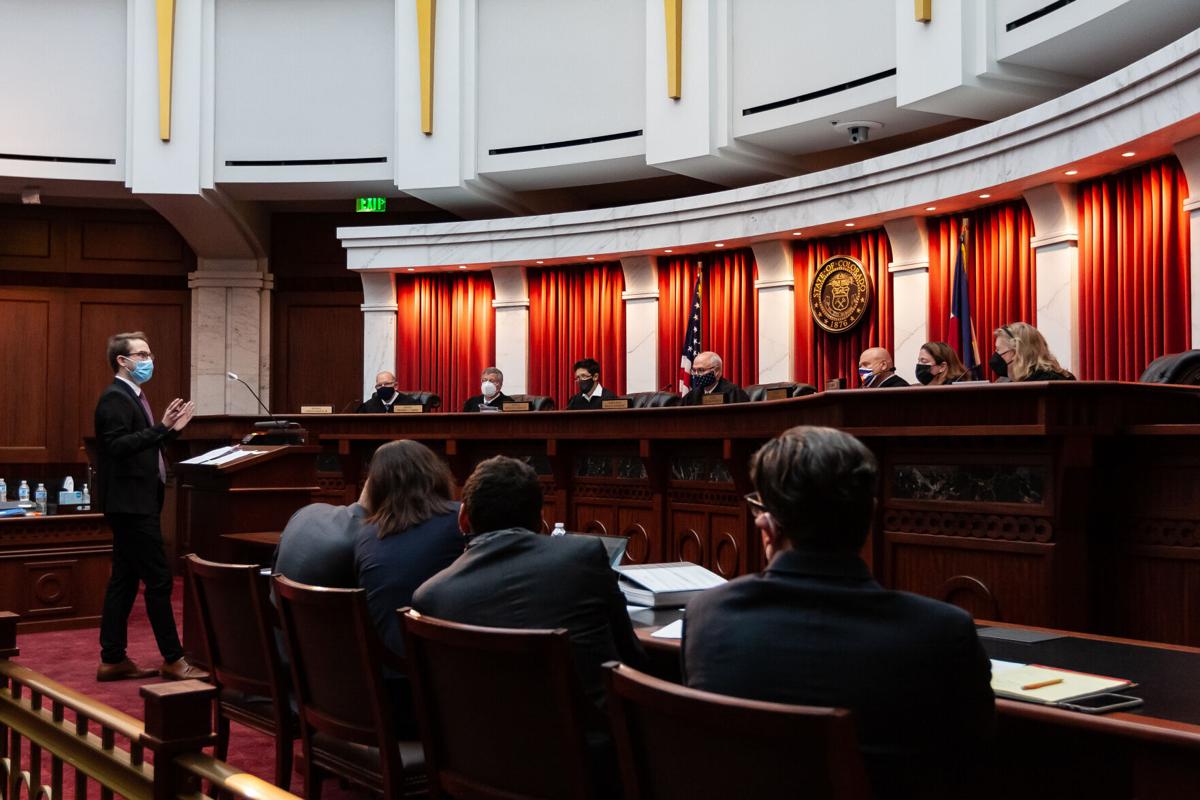 Mark P. Gaber, an attorney working with Campaign Legal Center and the League of United Latin American Citizens, argues to the Colorado Supreme Court that the state's minority voters will have their influence in elections diluted because of the congressional redistricting commission's adopted map, and that it must be returned to the commission for changes. (Photo by Evan Wyloge/The Colorado Springs Gazette) 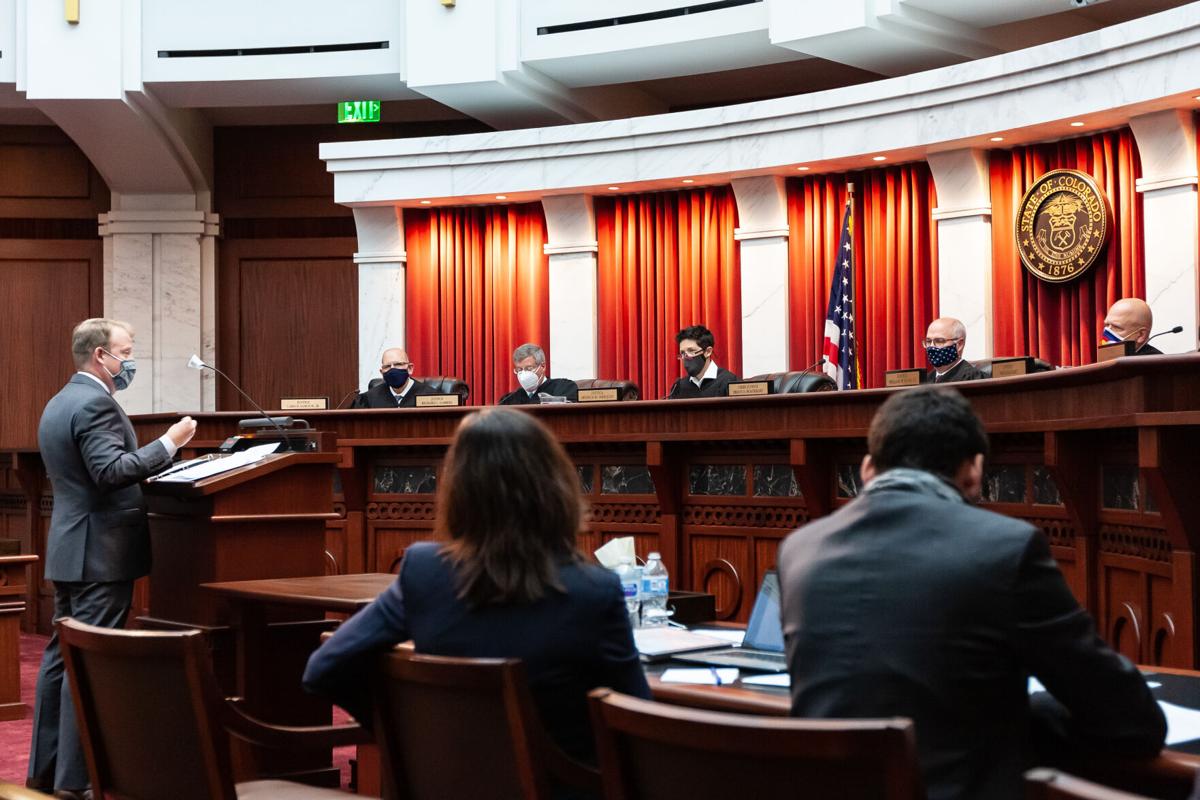 Attorneys sparred Tuesday before the Colorado Supreme Court, debating how far the state's new redistricting commission must go to empower minority voters and whether its congressional map should be used for the next decade.

Debate centered on a key passage from the voter-approved amendments that created the new independent redistricting process in Colorado in 2018, which prohibits "diluting the impact of ... racial or language minority group's electoral influence."

The commission's attorneys have said the phrase is a restatement of federal voting rights laws that apply to district maps where it's possible to draw "minority-majority" districts, where a non-white voting bloc makes up the majority of the district, and unlike any districts in the map adopted by the commission in late September.

But civil rights groups and minority advocacy organizations argue the provision requires special considerations, even in districts where minority voters don't comprise a majority, but could be empowered to influence election outcomes, like they claim is the case in some parts of the state. The groups challenging the commission's map say the panel needed a more thorough analysis of minority voting patterns to draw a map avoiding avoid the dilution described in the state constitution.

Because Colorado has a dispersed Hispanic population that can't be drawn into a single "minority-majority" district, the critics argue, upholding the commission's process would mean the influence of minority voters in the state would be practically off-limits for any redistricting under the new system.

"If the court agrees with the commission, we will have made race a forbidden topic in this state," said Kendra Beckwith, an attorney with the Colorado Latino Leadership, Advocacy & Research Organization.

Justice Monica Marquez said she struggled with how the court could establish a standard to use to determine whether minority voter dilution occurred: "How much is constitutionally sufficient?" she asked.

Beckwith argued for an analysis that explores the effect of district options on minority voting blocs, which the commission did not perform.

Justice Melissa Hart, in questions to the commission's attorneys remarked, "the inclusion of that language, 'electoral influence,' seems to be doing something beyond the VRA (federal Voting Rights Act of 1965)," contradicting the commission's legal position.

"It feels like the commission has decided, 'well, we think that's unconstitutional, so we're not going to apply it,'" Justice Richard Gabriel said, "and I'm not sure, with all great due respect, that the commission has that authority."

The justices also wondered, during the hearing, how rejecting the adopted map would play out, if they agree with the challengers to the map, but the exact process, everyone involved has said, is unclear, as this is the first time for the new system.

The state Supreme Court will decide what to do with the adopted map by Nov. 1. It could approve the map, which would lead to its implementation for the next decade. Or the court could reject it, and send it back to the commission for alterations.

At least two Hispanic advocacy organization says they're planning to challenge the map, on the grounds that it dilutes minority voting rights.