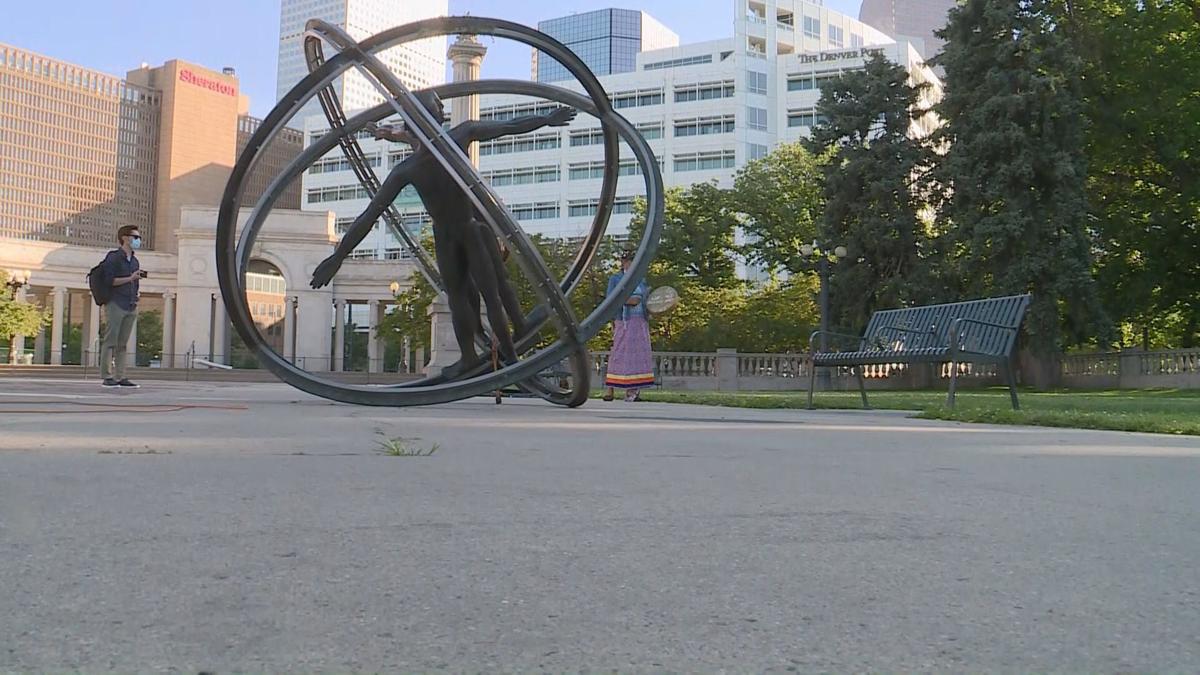 The statue dedicated to Christopher Columbus was pulled down with a rope, according to video sent to 9News. 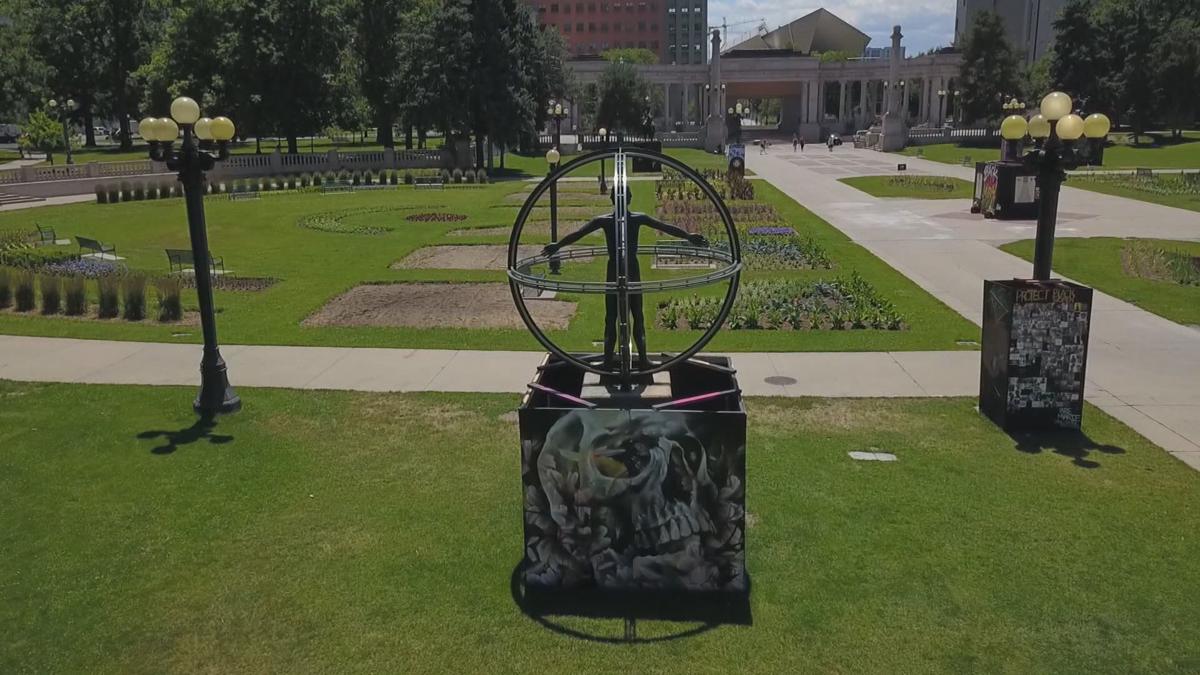 For the second night in a row, a statue in downtown Denver was toppled over under the cover of darkness.

This time, the Christopher Columbus statue in Civic Center near the amphitheater was the target. Video sent to 9NEWS shows a group of people pulling the Columbus statue down from its cement perch after tying ropes to it.

The vandalism occurred about 11:15 p.m. Thursday, said a spokesperson for the Denver Police Department. Similar to the investigation of the Capitol statue vandalism, investigators were working to gather photo and video evidence that could provide a more complete picture of what occurred and identify the individuals involved. Moving forward, DPD is connecting with other city agencies to identify other sites/statues that could potentially be targeted, and DPD will conduct extra patrols as staffing and call loads allow, the spokesman said.

Later Friday, the city made moves to remove the Kit Carson statue at the corner of Colfax and Broadway, according to a tweet from a Fox 31 reporter.

This week marked 50 years since the Columbus statue was dedicated at the park. Before it was damaged, the city said the statue's status was under review as part of a larger effort to look at all public art within the city. The effort comes after a push to rename the Stapleton neighborhood, which was named after a former mayor who had voiced support for the Klu Klux Klan before later denouncing the group.

"We are right now working with Arts and Venues to look at the history of that statue,” Mayor Michael Hancock said to reporters at a news conference Wednesday amid calls from protest leaders to remove the statue, citing Columbus’ history of devastating native populations.

As a first step, the city was considering removing the plaque commemorating Columbus, then working to rebrand the original artwork, according to Michael Chavez, public arts program director for Denver Arts and Venues.

Denver City Councilman Chris Hinds, who represents District 10 and the Capitol Hill neighborhood, was one of the leaders behind the effort to remove the plaque but maintain the statue.

"I'm disappointed that the statue has come down," he told Colorado Politics Friday morning. "We were making significant progress towards a solution that might have worked for everyone. As an example, we received a letter from the sculptor's son just a couple of days ago which states it was never the sculptor's intent that the statue be of Christopher Columbus.

"We received a letter just last night from the American Indian Movement of Colorado which gave a deadline of July 8th," he wrote in a message on Twitter, "and I think we could have removed the plaque and honored the sculptor's intent, thereby honoring our indigenous community."

The statue was donated to the city by an Italian immigrant named Alfred Adamo, who moved to Colorado from Italy in the early 1900s, before moving to Detroit.

The act comes one day after a Civil War statue located in the west portico of the Capitol was torn down.

In a social media video Friday morning, Elisabeth Epps, a prominent activist and the founder of the Colorado Freedom Fund, praised those responsible for tearing down the statues.

"I'm very proud of you," she said. "Spend your nights tearing down statues. Spend your days changing policy."

Hinds, however, sees it differently.

"I understand what it's like to be in a community that doesn't feel heard," he wrote. "My community is celebrating the 30th anniversary of the Americans with Disabilities Act next month. My community feels unheard and excluded. Still, I became an elected official to effect change from within, not to tear down walls from outside (or in this case a sculpture)."

A statue of a Civil War soldier that has adorned the west side of the state Capitol since July of 1909 was pulled down around 1:30 a.m. Thursday morning, according to the Colorado State Patrol.