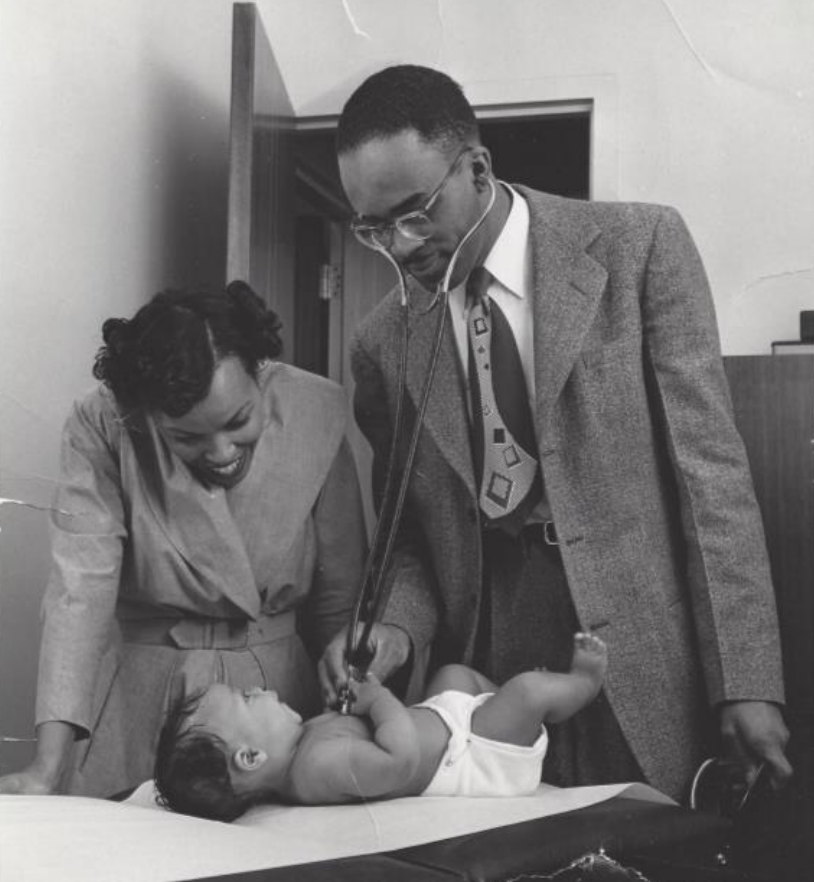 The late Charles J. Blackwood was the first Black graduate of the University of Colorado School of Medicine in 1947 and is the namesake of a scholarship for Black students announced on Feb. 22, 2021. 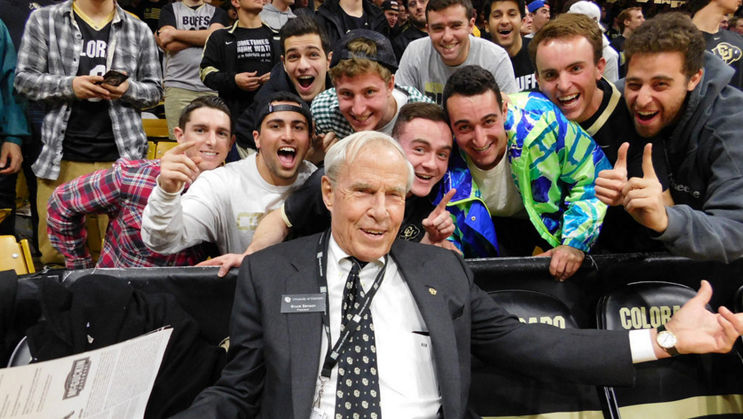 University of Colorado President Bruce Benson with students at a game. (CU)

The University of Colorado School of Medicine on the Anschutz Medical Campus in Aurora is stepping up for under-represented members of the health profession, announcing on Monday the Charles J. Blackwood, MD, Endowed Memorial Scholarship .

The scholarship is named for the medical school's first Black graduate and will initially help at least four students of color, though the school intends to grow the endowment in perpetuity to support more scholars. The endowment already is one of the largest scholarship funds for the CU School of Medicine.

The University of Colorado awarded approximately $1.4 billion in federal, state, international and foundational research funding to its campuses during the 2019-2020 fiscal years, the fourth consecutive year in which grants exceeded $1 billion.

So far, private donors have put in more than $1 million. Major contributors include Centura Health and Colorado Permanente Medical Group. The CU School of Medicine matched it with another $1 million, while University of Colorado President Mark Kennedy pledged $1 million in university support, as well.

The initiative is led by the Mile High Medical Society, which is a group of Black health professionals focused on addressing health disparities, which attracted the attention and support of Dr. John Reilly Jr. dean of the CU School of Medicine.

“We need more diversity among health care providers to improve the quality of care for everyone in our community,” Dr. Terri Richardson, a member of the Mile High Medical Society and an internist at Kaiser Permanente, said in a statement Monday morning. “This scholarship fund will make it possible for more students to achieve their dreams and our medical system will be improved by their contributions.”

Donate to the scholarship fund or learn more by clicking here.

Born in Trinidad in Southern Colorado, Blackwood graduated from the medical school in 1947, finishing in the top 10 of his class, after receiving an undergraduate degree in chemistry from CU Boulder. He died in 1993.

“We are proud to honor Dr. Blackwood, who was a pioneer in the medical profession and who remains an inspiration for our students today,” Reilly stated Monday. “We are grateful to the Mile High Medical Society, Centura Health, Colorado Permanente, and the many other contributors to this scholarship fund because it is so important to our future.”

In a press release, CU noted that only 6% of men enrolled in American medical schools this year are Black, while 9% of female students are. At CU, the overall number is 6.6%, or 52 out of 788, the school said.

“We have been actively working to improve the quality of care in our community in many ways,” Reilly continued. “Last year, our faculty joined with a partner to open a federally qualified health center that is serving our neighbors in Aurora. We have been offering scholarships to boost diversity in our medical school.

"We have a program that provides an incentive to departments in recruiting diverse faculty. We are having success, but we can do more. Great care for others begins with listening closely to what people need and then dedicating our full effort to making it happen.”

"The creation of the Charles Blackwood Endowed Memorial Scholarship is an institutional milestone and a powerful leadership move by the CU Anschutz Medical campus," said Rep. Leslie Herod of Denver, who chairs the influential caucus. "I am very proud to be a University of Colorado alum who has fought my entire career for critical state/private partnerships such as this one."

Herod pledged that she and her legislative colleagues "look forward to doing our part" to support a more equitable health care system in Colorado.

"These scholarship dollars will pave the way for hope, academic opportunity, and a future where Colorado’s health care workforce reflects the community it serves," he stated.

The new chief communications officer at the University of Colorado Anschutz Medical Campus is a familiar name in Colorado politics, health care and marketing.