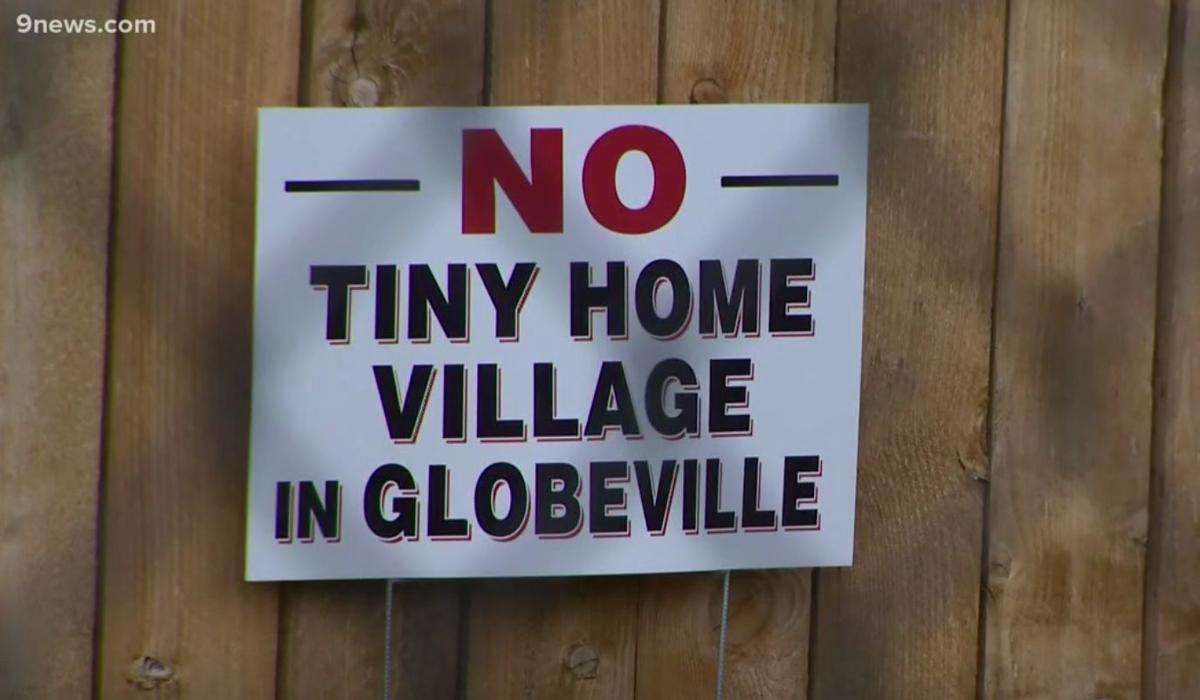 A sign opposing the moving of the Beloved Community Village to Denver's Globeville.

A sign opposing the moving of the Beloved Community Village to Denver's Globeville.

A community of Denver tiny homes that provide stability to those experiencing homelessness is moving to what its supporters hope is a permanent location.

But the move is unpopular with many who live near the community's new site.

Since its beginnings about two years ago, Beloved Community Village has been described by its sponsors as “a place that enables people without homes to re-establish their place in a community.”

But the village of 11 96-square-foot units has had to remain fairly agile in Denver, planting shallow roots on temporary locations, including its most recent one near the 38th / Blake Street RTD A Line station in the River North district.

Per its agreement with the city, Colorado Village Collaborative — the nonprofit that helps manages the village — will lease a roughly 20,000-square-foot city-owned lot in Globeville for $10 per year, with two additional one-year options. Renewal of the agreement is at the city’s sole discretion.

The new site is bordered on one side by the Burlington Northern railroad tracks and by Pearl and Washington streets on the others.

Beloved had moved twice in the past two years and was facing a May 15 deadline to vacate its current location, as the parcel owner has other plans for the site.

“The heart of the matter right now is the village is in danger of being forced to shut down, pushing people out of stable housing, away from a support network, and back into homelessness,” said Jill Jennings-Golich, Denver Community Planning and Development interim executive director, of the village relocation proposal Monday night.

“We do not want to see that happen, especially when there is a viable city property, available for its use.”

The Beloved Community Village touts itself as a “democratically self-governed” community that gives people without homes a chance to re-establish their place in a community, renew their purpose, restore their dignity and, most importantly, have a "place to call home,” according to Beloved’s website.

The 11 tiny homes — each of which cost about $15,000 to build — have baseboard heat but no running water. Residents share portable toilets and a shower facility.

Its new location will allow the village to grow to 20 units and provide a community kitchen and bathroom building connected to utilities.

The city approved Beloved’s new Globeville digs Monday night to the dismay of many of its new neighbors.

Dozens of Denver residents, a mix of those in support of and against the village’s new relocation, weighed in during a city council hearing Monday night.

Lifelong Globeville resident Derek Martinez likened Beloved moving into the neighborhood to Interstate 70 expansion work that he said was being forced on Denver neighborhoods like Elyria-Swansea.

Another resident argued the area isn’t viable for a tiny-home village because it doesn't have resources such as a grocery store, and if Beloved does decide to grow to 20 units, it will overwhelm the area.

“This is a total failure of planning; this is not realistic,” the resident said. “... It is a recipe for unnecessary friction.”

“We don’t want it,” said Dave Oletski, a candidate for City Council District 9, whose family has been in Globeville since 1870.

“They say it’s a good fit,” Oletski said ahead of Monday's meeting. "We say it ain’t because for 100 years we’ve been trying to clean up this neighborhood and get it to a healthy, clean, safe environment. This is not going to create a safe environment.”

“It’s been our experience that everything negative, they bring to Globeville,” he said. “We’re tired. We’ve been fighting this for decades upon decades. They just never let up.”

In a public relations push to quell Globeville neighborhood fears about the village prior to Monday night, advocates released a video addressing what they called the “myths and realities” of the village.

Among the points made in the video: That the homes are a low-impact alternative to a homeless shelter and that 11 of the 12 current residents either work or attend school.

The video also points out that the rules of the shelter forbid drug or alcohol use.

Rev. Elizabeth Garfield with St. Andrew's Episcopal Church in Denver’s Sunnyside neighborhood was among those who spoke in support of the village’s relocation Monday night.

“This temporary housing is desperately needed in our city,” she said. “As all of us are aware, we are experiencing a devastating crisis with regard to attainable housing in our city.”

St. Andrews attempted to have a tiny-home village established on the church’s property, but couldn’t obtain the necessary city approval.

“We no longer have the luxury as citizens of this city to claim this problem is too overwhelming, too complex or too large,” she said. “Lives depend on all of us engaging in new and creative ways to resolve this crisis.”

An attempt to relocate to another RiNo site near the former Yellow Taxi Cab garage fell through at the last minute when the city’s Public Works Department raised concerns over the tiny houses being in a flood zone.

That spurred a Nov. 1 letter from advocates of the village to the city demanding some expedited action.

Beloved is expected to make the move to its new location over the next couple weeks, according to the city.

The nonprofit that runs the tiny-home village in Denver’s Globeville neighborhood is trying a novel approach to its latest fundraising campaign.