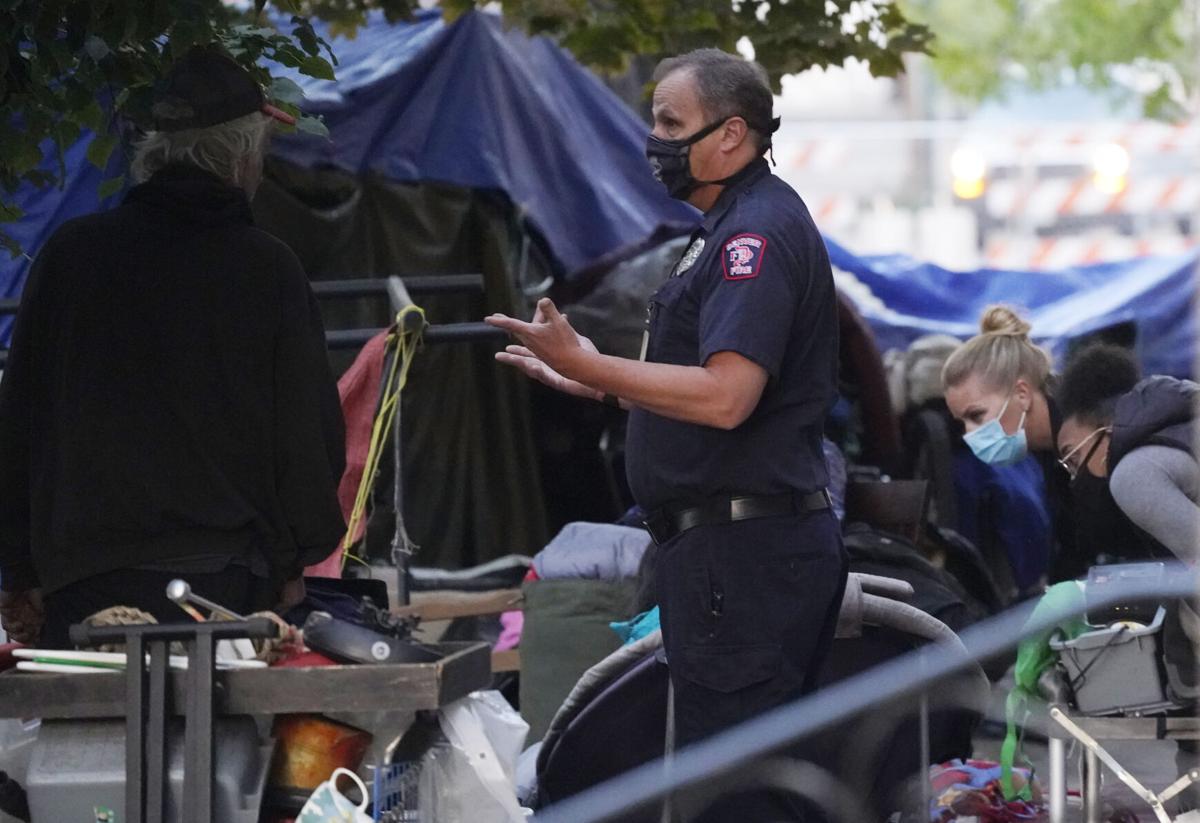 A Denver Fire Department officials talks with a man during a sweep of a homeless encampment around the intersection of 14th Avenue and Logan Street near the State Capitol early Tuesday, Oct. 6, 2020, in downtown Denver. (AP Photo/David Zalubowski) 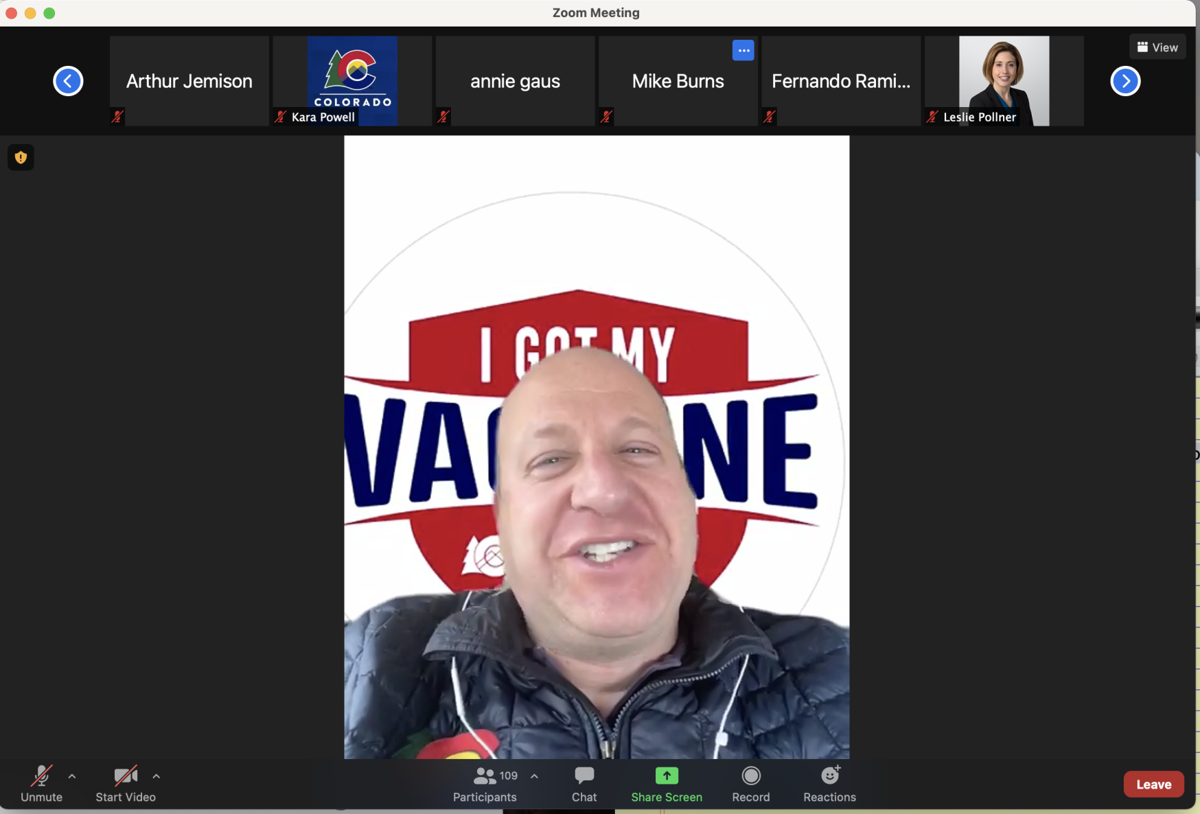 A Denver Fire Department officials talks with a man during a sweep of a homeless encampment around the intersection of 14th Avenue and Logan Street near the State Capitol early Tuesday, Oct. 6, 2020, in downtown Denver. (AP Photo/David Zalubowski)

Local governments will have the flexibility to use the money for housing and homelessness programs as they see fit.

"There are few essentials that come before everything else in life, but housing is one of those," Polis said.

The governor said it was not just the compassionate thing to do, but a smart investment, as well. He said typically in Colorado 8 out of 10 people placed in housing stay housed.

Polis pointed to stimulus legislation making its way through General Assembly to his desk to increase housing stability.

"This field of vision for a Colorado for all, housing is an important part of that," Polis said, repeating "Colorado for all" mission statement. "And yet there is an apparent difference, unfortunately, very painful, between the ideals of the vision and what we see every day across our country."

The federal plan will eventually spend $5 billion to combat homelessness across the country, where an estimated 580,000 Americans a night were sleeping on the street, before the pandemic, said Marcia L. Fudge, who was confirmed as secretary of the U.S. Department of Housing and Urban Development, last month.

"The COVID-19 pandemic has underscored how important it is for everyone to have stable housing," Fudge said on the call.

She said Biden will soon request for another $3.5 billion in homeless assistance grants, which will support 100,000 more households.

"No one should face discrimination based on who they love or how they identify," Polis told Fudge.

Fudge was a congresswoman from Ohio, when the president nominated her for the Cabinet position. Since 2008, Fudge had represented parts of Cleveland and Akron.

Last month the Denver City Council voted unanimously to steer more than $15.6 million into housing programs for the homelessness.

BARTELS | How to address the city's homeless? It's a problem that continues to vex us all

As the city continues to prepare to spend its portion of the $1.9-trillion American Rescue Plan, the funding priorities of city council members were announced Thursday.

Government money has never been easier to come by. Peanut butter, meet jelly.

The city and county of Denver are expecting a big payday after the passage of the $1.9 trillion federal spending bill last week, intended to foster recovery from the COVID-19 pandemic.

INSIGHTS | Veterans getting attention they deserve at the Colorado Capitol

Senate Bill 129 would task the Colorado Department of Human Services to work with established nonprofit organizations to offer free counseling for post-9/11 veterans and their families.

Colorado Democrats and Republicans could have been watching President Joe Biden deliver two entirely different speeches Wednesday night, so vast was the partisan divide between their reactions.