The Denver Police Department terminated officer Thomas McClay, who posted a photo on Instagram with two other officers in riot gear with the caption, "Let's start a riot."

McClay shared the photo on social media before night fell on Sunday, the fourth consecutive day of violent protests in Denver related to the death of George Floyd, a Minneapolis man who died in police custody on May 25.

Newly appointed public safety director Murphy Robinson, who is black, said he told police Chief Paul Pazen that he wanted the investigation carried out quickly, "and I wanted the accountability to happen swiftly."

"However," he told Colorado Politics in a phone interview, "it was the chief's decision — which I support 100 percent — to terminate this individual based on his status."

"I ... regret this occurred at a moment in time when we must all bring the very best of ourselves to meet the challenges before us," Hancock said in a statement. "Thank you to the officers who are working to keep us all safe during this very difficult time."

Pazen, who said he first learned of the incident Monday morning, told Colorado Politics that McClay had only been in the police department for about a year.

The internal investigation, first reported by Colorado Politics on Monday, was completed in less than 48 hours. It found that the other two officers pictured next to McClay in the photo he shared "did not condone or allow that to happen," Pazen said, and they will not be punished.

The Denver Police Department’s Operations Manual, which is issued to every employee, states in Section 110.06 that personnel may post on social media provided that “their speech and expression does not impair working relationships of this department for which loyalty and confidentiality are important, impede the performance of duties, impair harmony among coworkers, adversely impact the disciplinary process, or cause disruption to the department, or to any other city agency.”

The manual goes on to define such content that would be subject to limitations, including “speech and expression involving themselves or other department personnel reflecting behavior that would reasonably be considered reckless or irresponsible.”

Pazen said the social media policy is reviewed "extensively" while officers are in the training academy, but that the department is planning to push out additional social media training.

When asked if the social media policy has been distributed since McClay's investigation, Pazen said it hadn't, but that it would be soon.

Murphy told Colorado Politics that he and Pazen are "constantly talking" about how to improve "all aspects" of the police department.

"These incidences have allowed us to really lean in to figure out how we grow from here, and how we not only lean in with the community, but better enforce and look at our policies that we have to reflect our values."

Murphy said throughout the last five days of protests, which have tended to devolve into violence at the turn of nightfall, "the men and women of the police department have done a fabulous job in helping mitigate the violence to our city."

Denver City Council has asked public safety leadership to come before council's safety committee in the coming weeks to address its use-of-force policy.

Several council members, including Paul Kashmann, who chairs the safety committee, has called for an independent evaluation of Denver police's response to George Floyd protests. 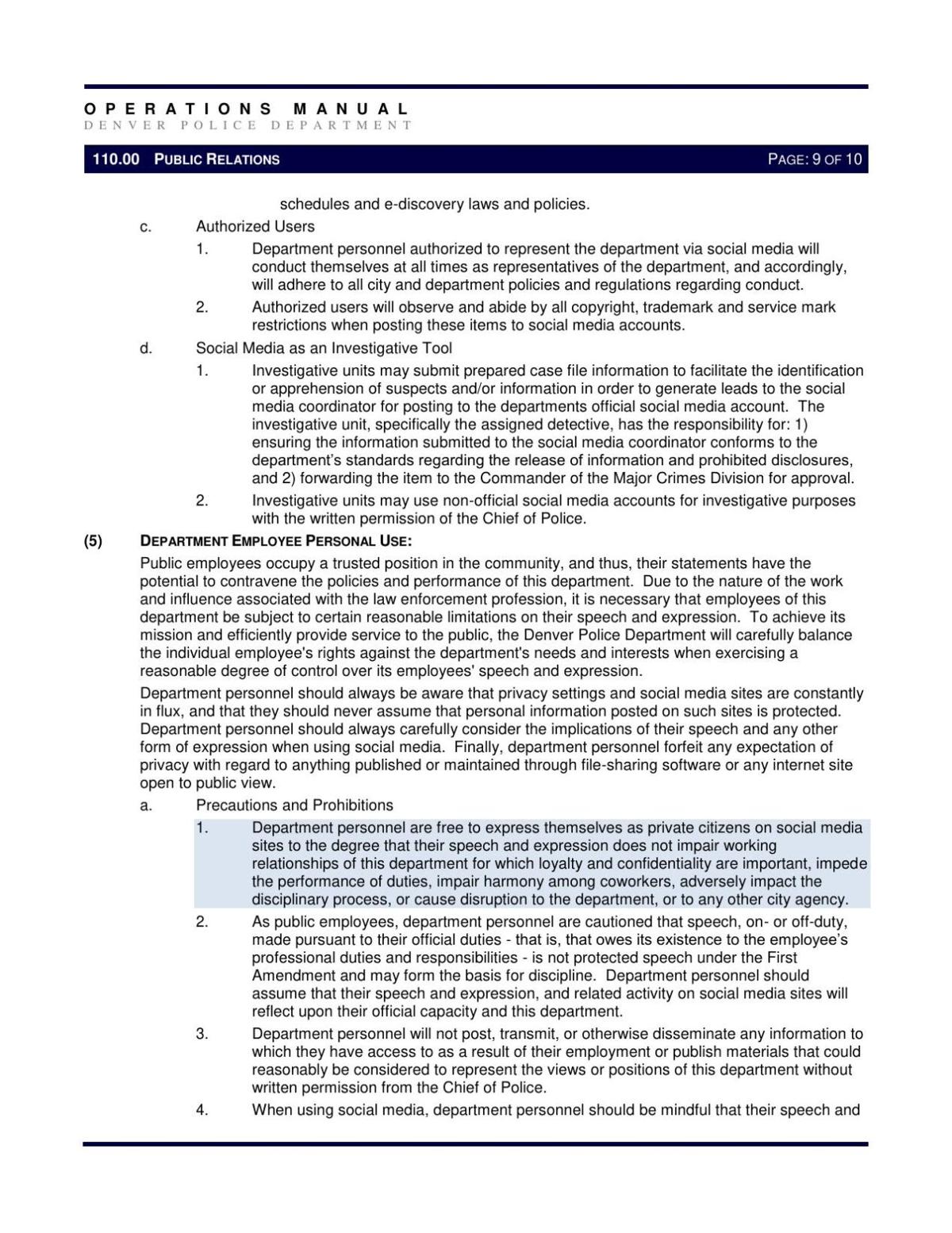 This story is developing and will be updated.