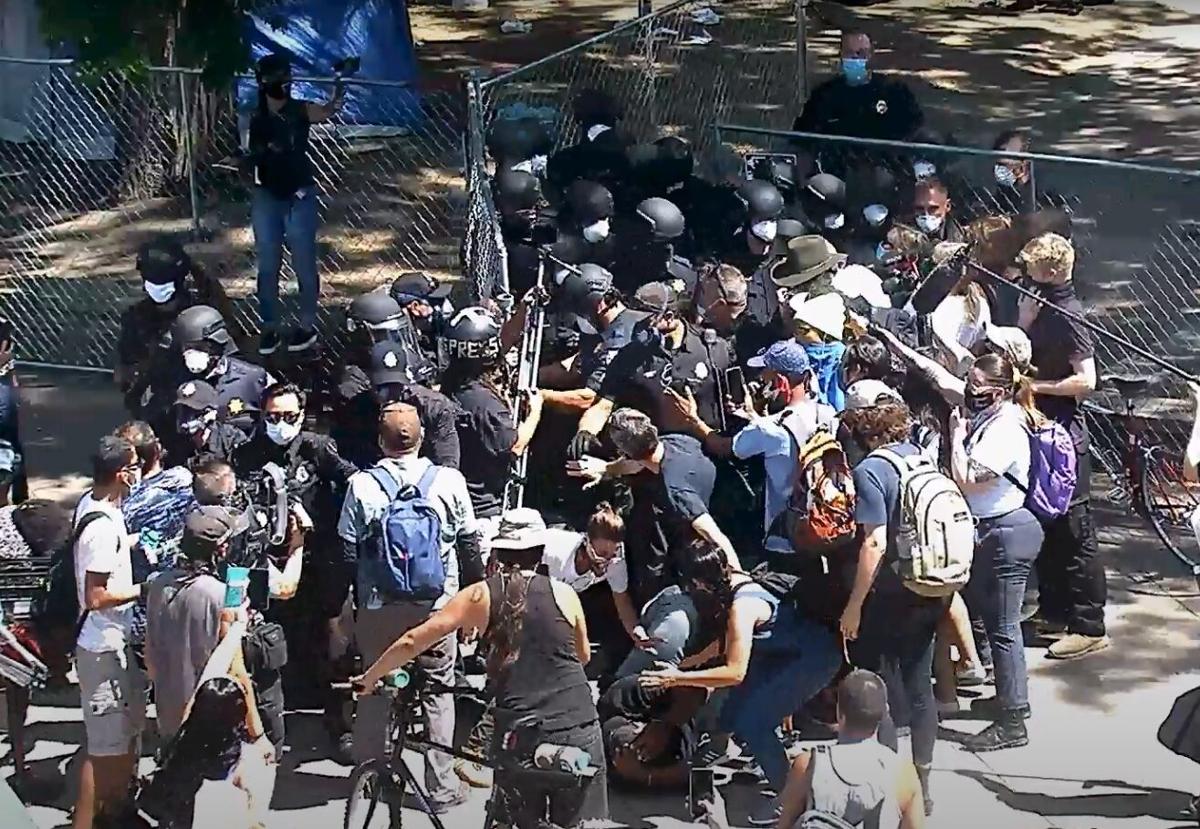 The Denver Department of Public Safety released HALO footage of an encounter between Denver police officers and protesters, including Denver Public Schools Director Tay Anderson, who says he was shoved to the ground. 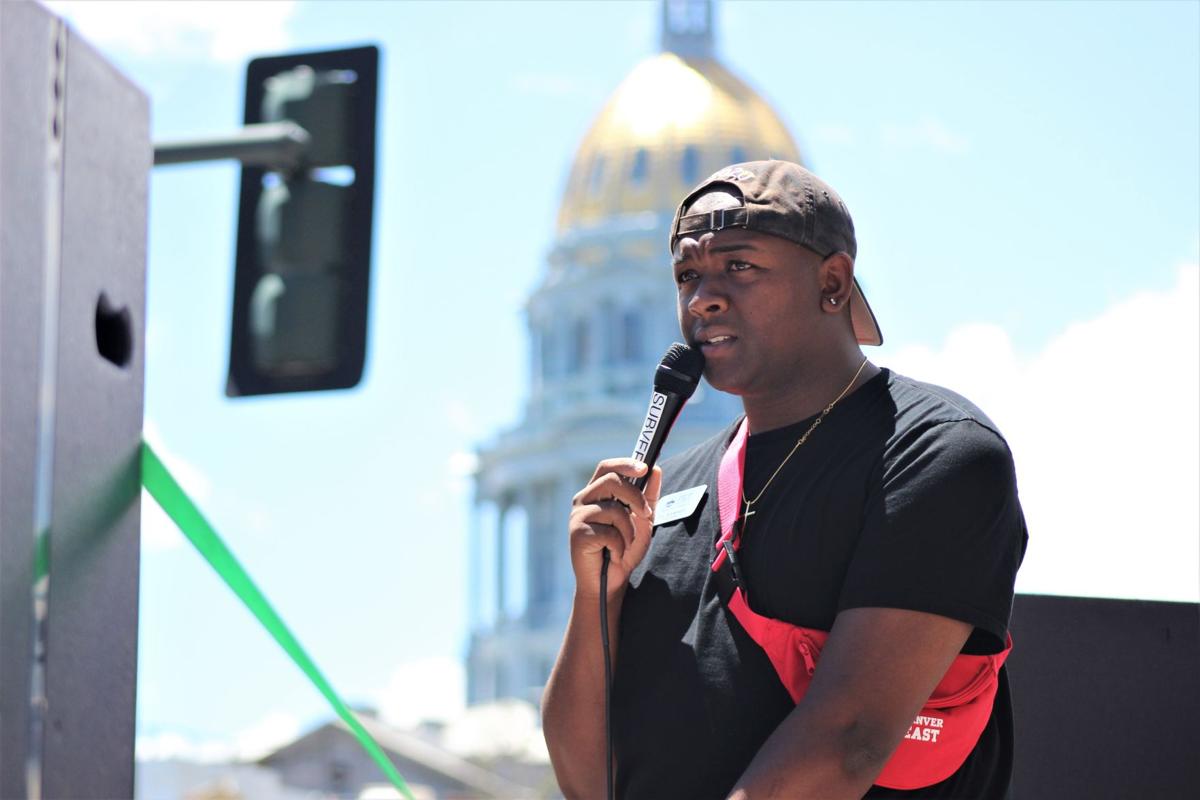 The Denver Department of Public Safety released HALO footage of an encounter between Denver police officers and protesters, including Denver Public Schools Director Tay Anderson, who says he was shoved to the ground.

The cleanup was a joint operation between the Colorado State Patrol, Denver Homeless Outreach and the Denver Department of Public Health and Environment due to “unsafe and unhealthy” conditions at the site. The Denver Police Department was also present to protect staff, officials said.

Robinson told reporters it is “unclear so far” whether Anderson was “indeed shoved by a police officer,” but that the incident is under investigation and anyone who used improper use of force “will be held accountable.” He also made street security camera footage of the incident available to the public shortly after the press conference.

Minutes after Robinson's remarks, Anderson tweeted that he was “disappointed” by the city’s characterization of the incident as a “fall” rather than an assault, as he has described it. “I was shoved and videos have shown this,” he wrote.

Backing him was Democratic state Rep. Leslie Herod of Denver, who tweeted, "Make no mistake, it was @DenverPolice who pushed him to the ground... It's time for solutions, Denver."

Anderson has since lawyered up, FOX31 reports, and spoke to press and members of the public at the Blair-Caldwell African American Research Library to clear the record.

An emotional Anderson decried Robinson's characterization of the incident and the city's inability to adequately address the homeless situation.

"Mayor Hancock, I think it’s time you step down from office," Anderson said to cheers.

The mayor's office did not immediately respond to Colorado Politics' request for comment.

Robinson and the health department have said the city provided 24 hours’ notice, arranged transportation to shelters and had mental health professionals on hand. However, Terese Howard with Denver Homeless Out Loud told Colorado Politics that no notice was given and that no one had been directed to other resources.

“We had a lot of compliance,” Robinson said.

Denver police only activated, he said, when the “advocates and the agitators,” whom he said Anderson was in the middle of, blocked a gate that had been stood up to protect the cleanup efforts, and “started to stop the progress of the cleanup itself.”

Two people were arrested at the cleanup.

"The current state of Lincoln Park presents significant public and environmental health risks due to ongoing unsafe and unhealthy conditions," said Ann Cecchine-Williams with the Denver Department of Public Health and Environment in a statement Wednesday.

"As the stewards of public health in Denver, Denver Public Health & Environment is responsible for responding to community concerns about the serious issues present in the park, including issues that could impact the general public beyond those living outdoors."

Derek Woodbury, the spokesperson for Denver's Department of Housing Stability, said the city made efforts to make the situation less traumatic.

"We have had outreach staff from the Denver Street Outreach Collaborative deployed to the site earlier, to inform those encamped of available shelter options. This effort was assisted by the availability of chartered bus transportation both yesterday and today, offering transport to 24/7 sheltering options," he said.

Cecchine-Williams estimated that there were 75 to 100 people in the park Wednesday morning, a number greatly reduced from a week or so ago. She said the city had enlisted outreach workers and park rangers last week to let them know that the temporary closure was imminent, and to provide them with options and resources.

"Future public health actions will be taken if conditions escalate to a point where the health and safety of the general public is at risk," Cecchine-Williams said.

The area restriction is temporary, and the park will re-open when abatement and cleanup measures have restored the park to a safe and stable state, according to DDPHE.

"I would ask us to come together and figure out how we can move forward together," Robinson said in his final remarks, "but also understand that our police officers, our law enforcement officers and the city employees that have to do these cleanups are doing so under orders of the city and doing so because this is what's best for our city."