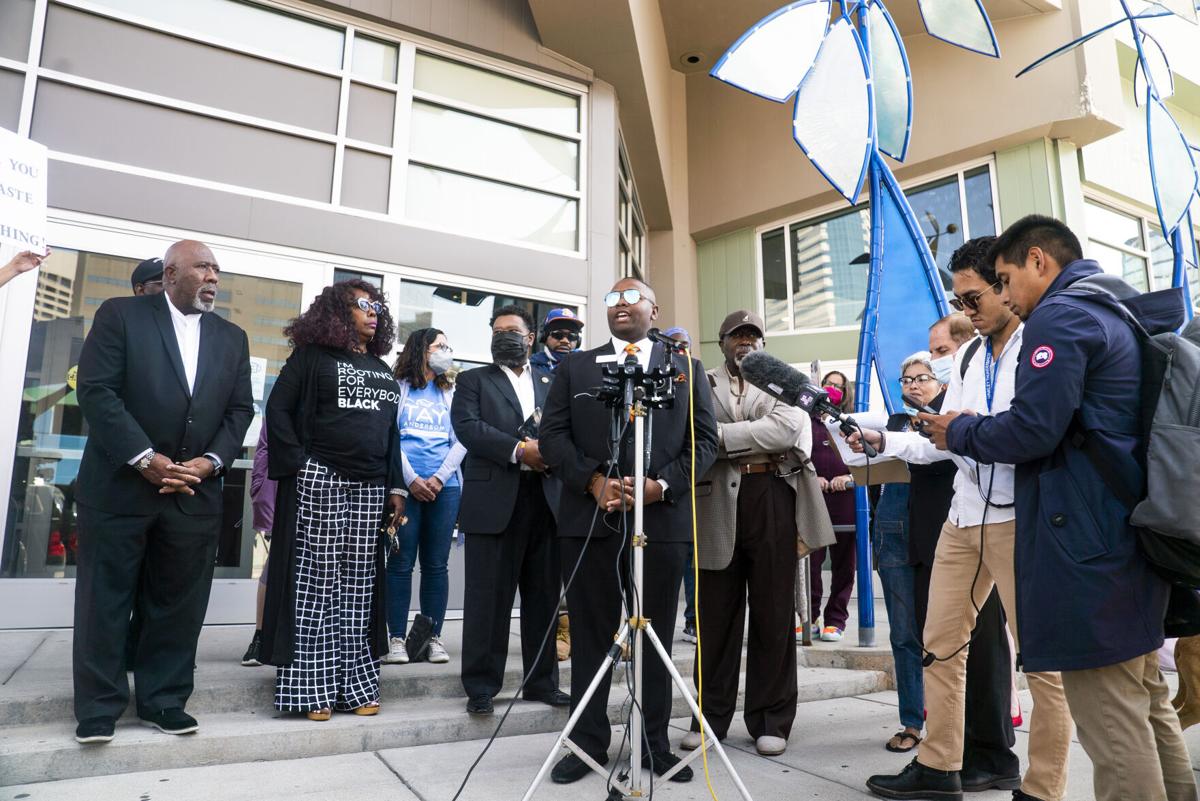 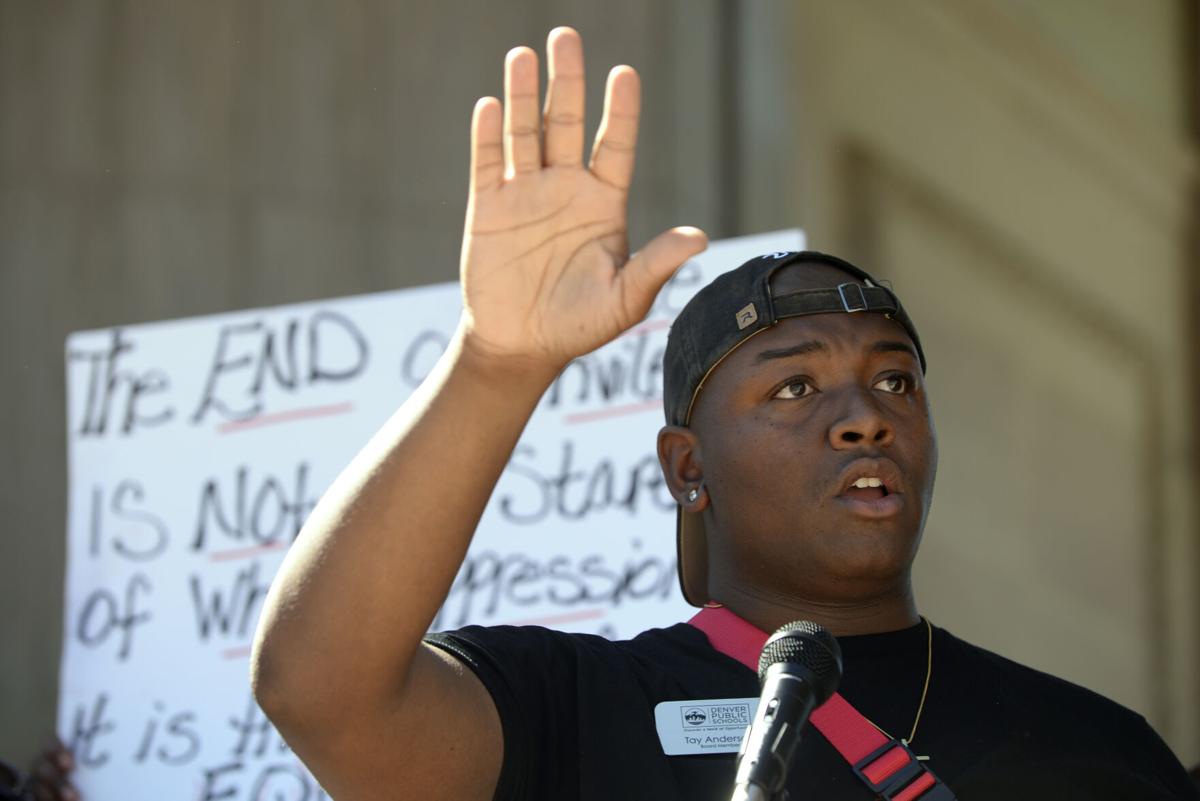 The Denver Public School Board of Education on Friday voted to censure Director Tay Anderson, the only recourse for punishment at its disposal after a probe did not corroborate Anderson committing allegations of sexual assault but found he made "unbecoming" comments to minors.

The vote was 6-1, with Anderson the sole no vote.

Tay Anderson says 'I will not resign,' answers no questions

The censure vote came at a special board meeting called in the wake of the release of a report on the probe from the Investigations Law Group. That report could not substantiate allegations of sexual assault brought forward by Black Lives Matter 5280 and Mary-Katherine Brooks Fleming, a DPS parent. Investigators also could not corroborate alleged sexual misconduct by Anderson while he was a DPS employee working at Manual and North high schools.

But the probe did find Anderson “engaged flirtatiously” with a 16-year-old DPS student and made social media posts that could be viewed as attempts to intimidate witnesses participating in the probe.

That wasn’t the only case of “flirtatious” communication with a student. In 2018, Anderson was running for his board seat when he began communicating with a 17-year-old high school girl from Douglas County. Anderson was 20 at the time.

Anderson, 23, during the meeting compared his treatment to the 1955 lynching of Emmett Till, a 14-year-old Black boy who was killed in Mississippi after being accused of offending a white woman in her family's grocery store. Anderson compared Brooks Fleming to Carolyn Bryant, Till's accuser.

"False allegations aren’t anything new to this country," he said, reading a statement from a white iPad.

That statement, posted online ahead of the meeting, features imagines of death threats and harassment Anderson received in the wake of Brooks Fleming's allegations, which accused him sexually assault against 62 DPS students, all but one of which allegedly were undocumented immigrants or DACA recipients. That charge was not corroborated by the ILG report.

Still, much of the criticism of Anderson raised by the board members centered on those interactions "flirtatious" interactions with students.

"For a board member, this is not okay and it can be traumatizing to the students and tarnishes the integrity and ethical standards of the school board," said board President Carrie Olson.

Olson also indicated she intended draft a code of conduct to "hold members of the DPS board now and in the future to the same professional standards and procedures as all DPS employees."

The report also corroborated that Anderson likely engaged in “some unwelcome sexual commentary, some unwelcome sexual advances and physical contact” toward the Never-Again Colorado Board of Directors and their associates while he was that organization’s president in 2018.

That aspect of the report drew a strong rebuke from Director Angela Cobián, who initially moved the censure motion and compared Anderson's behavior at NAC to experience she had with those in positions of power leveraging their position over her.

Director Jennifer Bacon, a Black woman who also serves as a state lawmaker, said Anderson has "been through the wringer and treated unfairly."

"I do not think you should be removed from the board, but I do think you need to be held accountable and know the boundaries," she said.

Political reaction on Tay Anderson muted, but some parents already pushing back

Tay Anderson says he will be censured on Friday

According to a DPS spokesman, the censure vote is the extent of the punishment the board can dole out, even if the ILG probe had corroborated the sexual assault allegations.

"Director Anderson is a publicly elected official who answers to the voters," said DPS spokesman Will Jones after confirming with the agency's legal counsel. "The Board does not have the authority to remove him from office."

Jones added voters did have that power though, and a recall election was possible.

"A recall is a voter initiated process. It is up to the voters to decide who will represent them on the Board of Education," he said.

Reaction to the censure of Tay Anderson on the political front Friday was stone silence, but parents who have been critical of the embattled D…

Denver Public Schools School Board Member Tay Anderson faces a Friday censure vote after an investigation cleared him of serious sexual assault allegations but found that he engaged in "unbecoming" behavior when he flirted with a minor student and attempted to coerce witnesses.