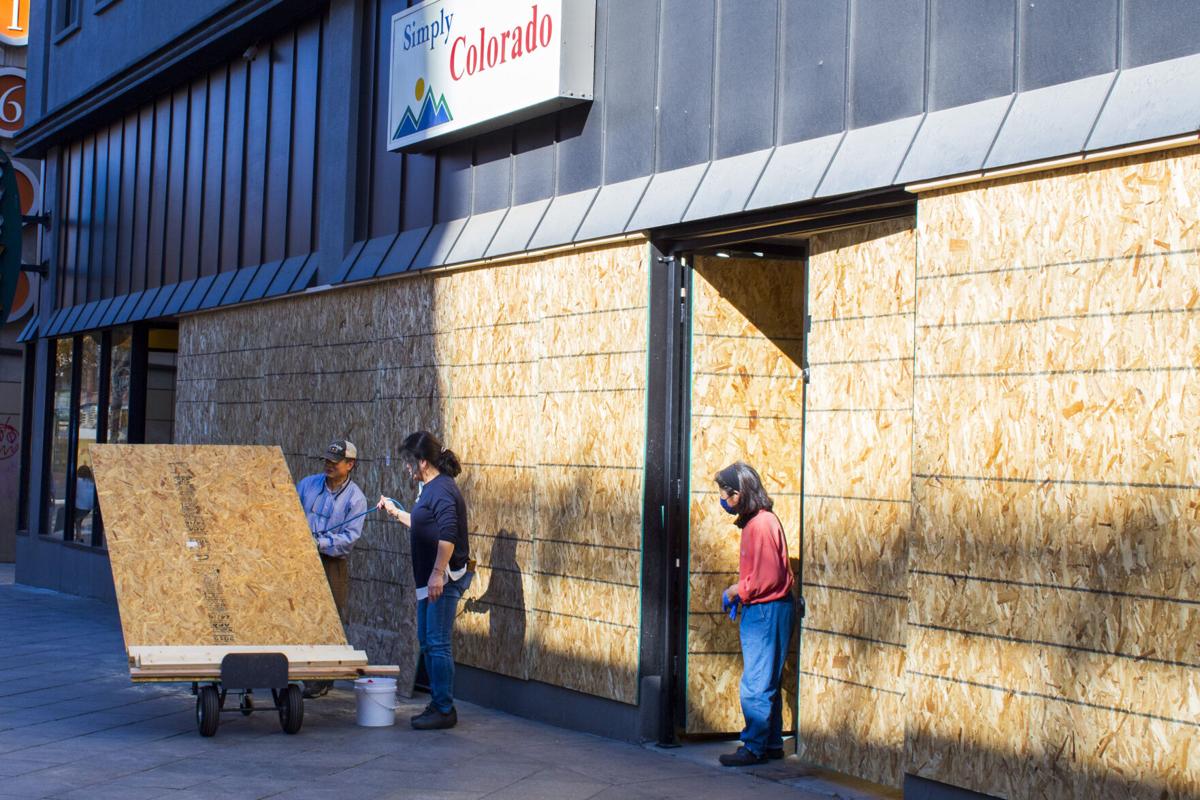 The Denver souvenir shop Simply Colorado in the 16th Street Mall boards its doors and windows on Monday, Nov. 2 in preparation for Election Day. (Hannah Metzger) 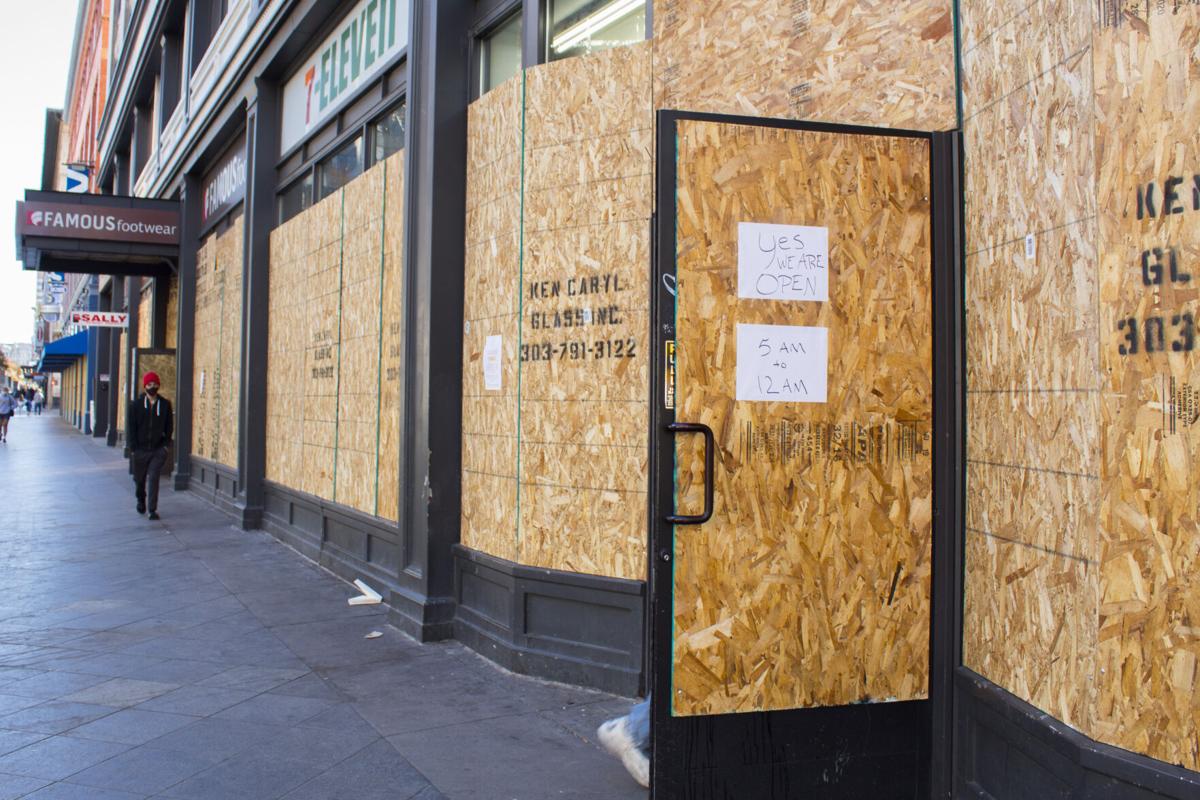 Storefronts in the 16th Street Mall are boarded up along the length of the block on Monday, Nov. 2 in preparation for Election Day. (Hannah Metzger)

The Denver souvenir shop Simply Colorado in the 16th Street Mall boards its doors and windows on Monday, Nov. 2 in preparation for Election Day. (Hannah Metzger)

Storefronts in the 16th Street Mall are boarded up along the length of the block on Monday, Nov. 2 in preparation for Election Day. (Hannah Metzger)

Dozens of businesses downtown have covered their doors and windows with plywood in preparation for potential protests or riots following Election Day on Tuesday.

Entire city blocks of the 16th Street Mall were boarded up Monday morning.

“Someone’s going to be upset with the result of the election,” said the manager of Where the Buffalo Roam on 16th Street, which boarded its front windows. “Rather be safe than sorry.”

This preventative response was recommended by the City of Denver in a flyer hand-delivered to downtown businesses by Denver Economic Development and Opportunity.

“Denver is taking proactive steps to make sure business owners and managers are aware of the potential for unrest and to encourage you to take precautions to protect your business,” the flyer said. “YOUR BUSINESS IS OUR BUSINESS.”

The flyers encouraged business owners to call 911 if they witness any property damage.

Downtown businesses also were provided a security briefing by the Denver Police Department to discuss “safety and security ahead of the election,” DPD said.

“Our advice is for businesses to do a safety assessment and determine what’s most appropriate for their property,” a DPD spokesman said.

Many business owners that opted to board their windows are hoping to prevent further financial losses that have come from the pandemic and property damage from recent protests.

Denver’s Satellite Bar boarded up Sunday since the lack of business from COVID-19 has forced the bar to only open on weekends.

“I’d rather put up cheap plywood than have to replace windows,” Satellite owner Luke Harrison said. “Especially right now when we’re not making enough money to really get by.”

The command post will place the city’s public safety leadership in the same room to monitor any social unrest or incidents. Denver police used a command post during Black Lives Matter protests in May but this is the first time it has used one for an election.

“That tension has caused us to prepare in a way we’ve never had to prepare before,” Robinson said.

Denver also opened its Emergency Operations Center Monday to monitor activity related to the election and support public safety. The center has been enacted for the past two presidential elections.

As of Thursday, Robinson said the city had not received any protest permit applications but has heard of several demonstrations around Denver that are being considered.

Platteville officer placed on leave over incendiary comments toward Democrats

A police officer in Weld County posted on Facebook that he wanted to “beat the hell” out of Democrats, resulting in an investigation and his p…