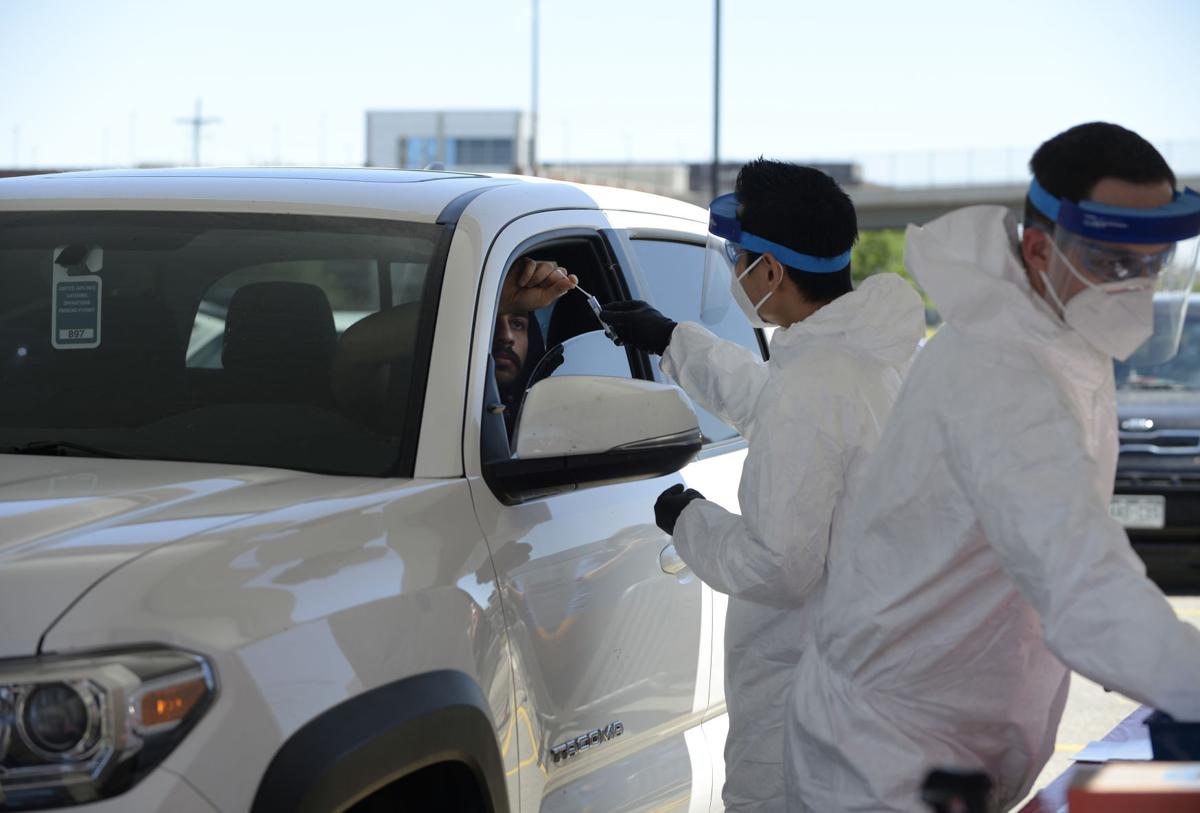 Denver's drive-up coronavirus testing site is located in the parking lot west of the Pepsi Center. 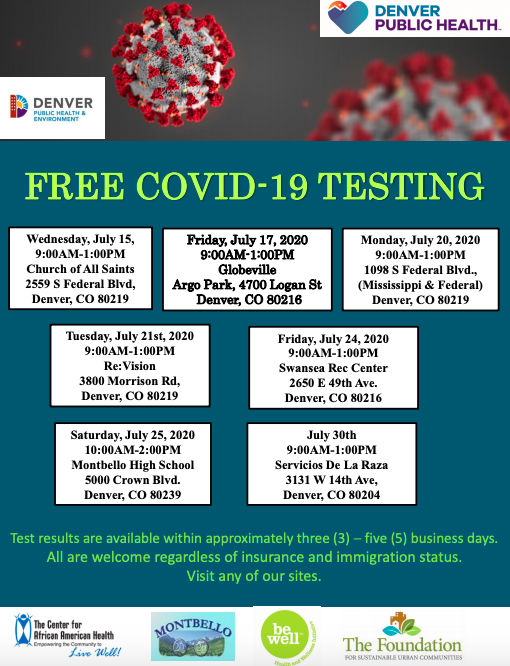 Denver Mayor Michael Hancock announced Wednesday that the city has hit the pause button on pursuing any further deviations from state public health orders, as new cases of the coronavirus continue to rise.

In the past, the city has sought certain variances to allow for the reopening of larger venues, such as the Denver Zoo and the Denver Botanic Gardens, at limited capacity. Cities in Colorado can submit variance requests to the state to be granted more flexibility in reopening their economies than what state guidelines may allow.

Although those variances can remain in effect for now, pursuing any others in Denver is on hold until the city can get “a better handle” on the pandemic, Hancock said.

“The whole idea here with managing this virus is to balance the COVID-19 response with the serious economic impacts of this,” said Bob McDonald, executive director of the Denver Department of Public Health and Environment.

On a 7-day running average, case rates in Denver have increased from 53.7% two weeks ago to 68.6% today. The city is also hovering around a 4.5% positivity rate — which city officials say is “steady,” but nevertheless a notable jump from the 2.7% rate the city was at in early June.

There is also a slight uptick in hospitalizations, but hospital capacity remains stable. The 7-day rolling average of ICU bed capacity is at 79%.

“We don't need to hit the panic button yet,” McDonald said, but he emphasized the importance of slowing down, which is why the city will suspend issuing any further reopening orders until further notice.

“I’m very hopeful,” Hancock said, but he implored residents to keep their guard up, wash their hands often, avoid large groups and wear a face covering.

"We’re all calling on you to implement one," Hancock said. "By doing so, you will send a strong public message that protects the lives of your residents and others.

Adams, Arapahoe and Jefferson counties recently implemented face mask orders, but neighboring Douglas County has refused. The city of Glendale, which is surrounded on all sides by Denver, is seeking to opt out as well.

“Nobody has the right to put others in harm’s way,” McDonald said, “and that’s the risk they run when they don’t wear a face mask.”

McDonald said last week that the city would “ramp up” enforcement of face mask compliance and that health department officials will issue summonses as needed. On Wednesday, he said the city is receiving between 150 and 200 complaints a week; the health department responds to all of them.

For those who have been warned before, he said, health department officials will “take enforcement.”

Hancock said Denver’s economy is “beginning to pick up” and is certainly in better shape than it was during the peak of the first wave of the virus. Last week, he said having to shut down the economy again, which he would do if necessary, would be “absolutely devastating.”

As of July 9, the city has spent just over $50 million on COVID-19 relief efforts, according to the mayor's spokesman, Mike Strott.

Hancock also announced that the drive-up testing site at the Pepsi Center will continue operating through July, and that the city is talking with the state about potentially keeping it open beyond then.

In addition to the Pepsi Center, the city will be offering free COVID-19 testing through the end of the month at the following locations:

Nearly 70 members of the Colorado Army and Air National Guard will assist the state’s health department in conducting COVID-19 testing at correctional facilities through July 22.