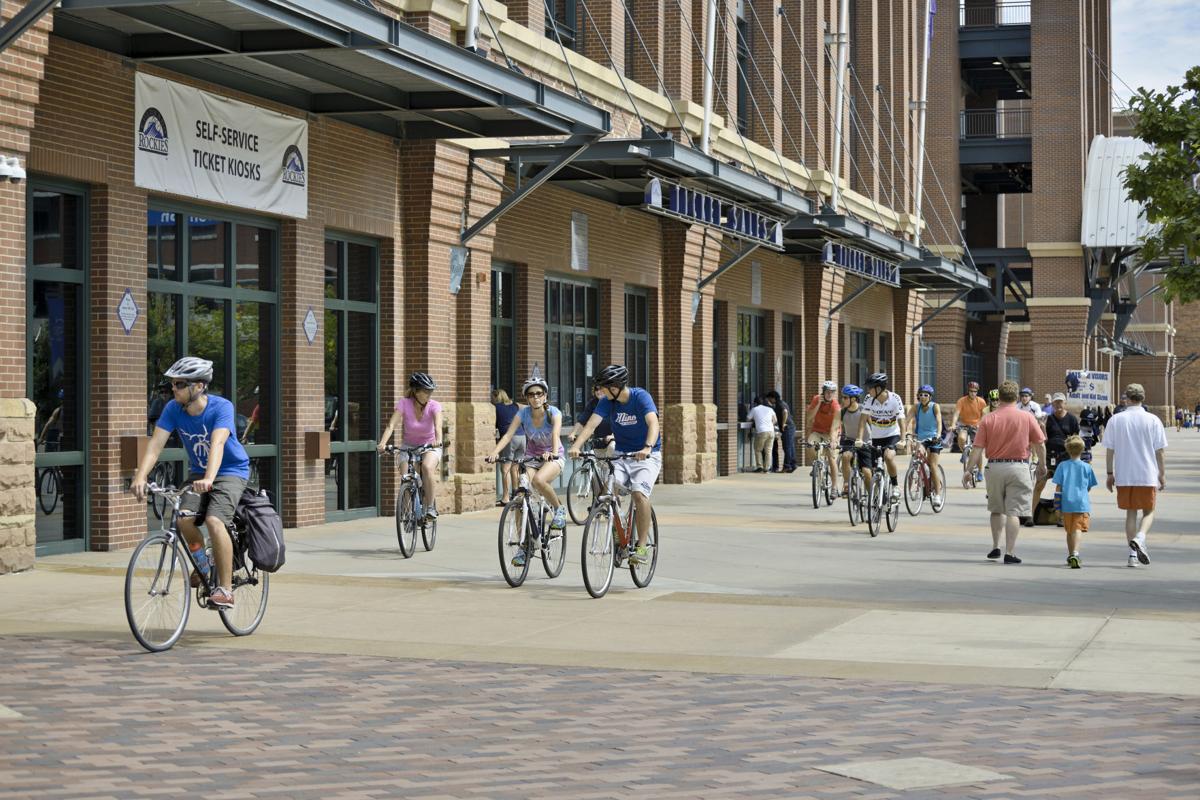 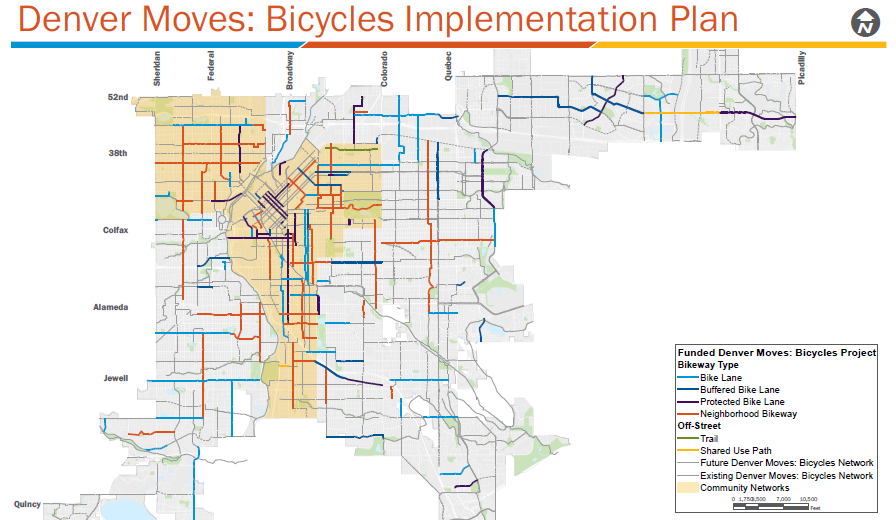 By 2023, Denver plans to complete its development of 125 miles of bike lanes largely in the northwest and central Denver regions.

By 2023, Denver plans to complete its development of 125 miles of bike lanes largely in the northwest and central Denver regions.

Following a sluggish start, Denver is switching its bicycle program into high gear to help keep its promise of installing 125 miles of bike lanes by 2023.

The accelerated plan will coordinate striping bike lanes when streets are paved; install “high comfort” lanes that include physical barriers to separate cyclists from cars; and “significantly” expand the bike network in the city’s most densely populated areas, like northwest and central Denver, to increase the number of households within a quarter-mile of a high comfort bikeway.

With B-cycle rolling into the sunset, Denver seeks bids to manage bikes, scooters on streets

Hancock on Thursday said that the “reality is we’re ushering in the bicycle revolution in Denver, Colorado,” Denverite reported. “I grew up in the city. We didn’t have bike lanes. We rode our little Huffys without bike lanes, protected or striped. And today we get a chance to see a city committing to creating comfort lanes for people to ride their bikes.”

Some critics aren’t sure a “revolution” is best for the city.

“I have no idea why they’re taking this extreme route,” said Sara Almerri, the public affairs director for the Freedom to Drive Coalition. “Denver is not creating new bike lanes. They’re taking them out of driving lanes.”

Although some people would like to walk or bike to work, she said, most residents cannot do so because the city is sprawling, making cost-efficient and timely transit more difficult.

“It’s highly irresponsible and detrimental to the city’s economic vitality, national reputation and quality of life if the city insists on adding bike lanes at the expense of motorists,” she said.

Roughly 2% of Denverites are bicycle commuters, according to the latest U.S. Census Bureau data.

The program was first announced in 2018 and went into effect last year. So far, the city has only created 12.5 miles, or 10%, of its planned bike lanes, according to DOTI spokeswoman Heather Burke-Bellile.

“Denver experienced an early winter last year, so installation schedules got pushed back on some of our 2019 bikeway projects,” she said.

This year, the city anticipates installing about 36 more miles and is currently finalizing the mileage for subsequent years. Burke-Bellile said, by this summer, the city will have “a clearer picture” for next year.

Denver will still need to complete more than 60% of its bikeway project in two years if all goes according to the city’s plan.

The new bikeways will be partly funded by $18 million in voter-approved bonds, as well as through the Denver’s capital improvement program.

The bike plan is intended to align with the Vision Zero Action Plan, Hancock’s five-year initiative to end traffic-related deaths and injuries by 2030.

“Through better processes and collaboration, improved street design, safe speeds, a culture of safety, and improved data and transparency, we will save lives,” the mayor wrote in 2017.

More than 70 people died on Denver’s roadways last year, the most fatalities on the city’s streets in nearly 20 years.

Some critics are skeptical the city’s bikeway commitment will help lower those numbers — or be honored at all.

“This makes good press,” said Brad Evans, founder and leader of Denver Cruiser Ride, an organized bike-riding group, “but it does little to create a connected and protected network for bicycle users.”